It took exactly 62 days to break my fabric vow...

...and once broken I fell off that dayum wagon, rolled down the hill, through the bramble bushes before I arrived in the gully...and looked up to see how far I'd fallen.

I was a little frustrated during this sewcation and I can definitely say that the fabric buying was a result of that frustration.  It started with a couple of pieces that I bought from Marcy Tilton. 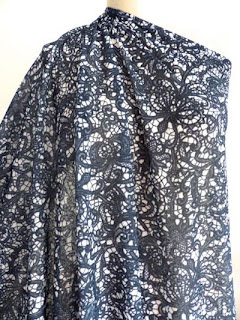 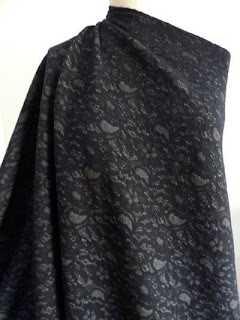 This is a boiled wool with a black
cotton lace over it - had to have it!!!

I thought I would be fine with those two pieces.  They were bought for a specific purpose and I don't own anything like them...but it was like uncorking the bottle!

Cause I got an email from Fabric Mart with suiting 50% off...why did I look? Seriously, I shouldn't have looked because I put about 10 fabrics in the cart...culled it down to 6 and then finally down to 4.  Then I closed the site out...but the fabrics kept calling my name...so 24 hours later I bought them. 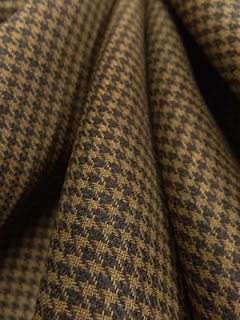 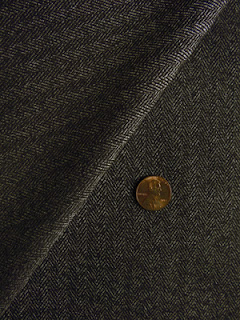 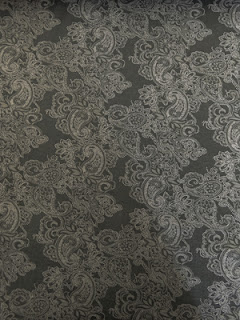 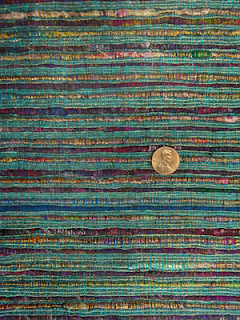 Aqua silk/cotton metallic suiting
(Honestly I've been drooling over this piece for weeks!)

Finally, I saw this on Emmaonesock.  It's the only place I finally showed some restraint. I bought a yard and a half because I want to use this fabric for accents on a dress... 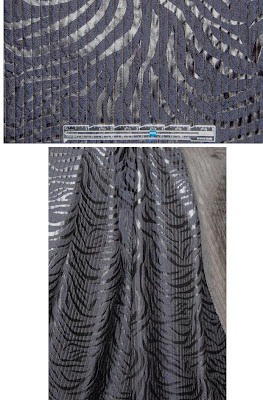 Way too much fabric arrived at my house...so this month two people's names will be pulled from the jar to compensate for my loss of control.  It's so much easier to acquire than it is to sew it down.  I made 6 garments during my sewcation.  I only used 6 yards from the collection.

Since July 1st, not including the sewcation totals, I've used 9.5 yards of fabric from the collection.  However, I've given away 25 pieces of fabric ~ impressive but not enough to make a dent in the collection because three bins still sit in the garage.

I'm trying not to feel like this is a futile exercise...I know that I still have three more months of giveaways and sewing.  There's plenty of opportunity to sew up more fabric - hopefully - and there will be more given away.  I've just got to get up, dust myself off, and keep on keeping on.  I think it's time to stay away from the fabric sites though. *LOL*

Tomorrow is the drawing...so stay tuned to see who the next two lucky winners will be!