First, you may have noticed this year that I didn't do a tribute post for the Martin Luther King, Jr. holiday. I don't even know the last time I didn't write one and am to lazy to look it up. There was a two-fold reason for that, that whole Twitter war with Congressman John Lewis just gave me the hebbie gebbies but most importantly I was SICK as a dog and had no energy to move out of my bed!

Instead of blogging and sewing on Monday, I was laid up watching QVC. I don't know how much you know about QVC, the television shopping network, but every day they feature a "Today's Special Value (TSV)" which is supposed to be the best buy of the day. Monday's TSV was a pair of denim jeans by Isaac Mizrahi.

Isaac appeared in about five shows during that day...each one started off showcasing those jeans (btw I did not buy a pair) and then all of these tops he's designed. I didn't buy any of those either but after watching about 10 hours of jeans and tops, cardigans and jackets, I got a clearer idea of what I need/want to be sewing.

See I've made some tops but I just don't get that down in the bones thrill that I get from sewing a dress. I'm sure some of this is because I didn't really need tops in my former life. I made a couple here and there but they weren't up to the standards of some of my dresses. I didn't even have a TNT top/blouse pattern which is why I've probably been flailing a little when it came time to actually sew them.

Of the tops I made my first year only the button down shirt - Butterick 5678 and the tunics from McCalls 7095 are still being worn. I've worn both of the Simplicity 8094 tops a lot since making them and I've actually thought of another version I'd like to make...other than that I've struggled.

Now that I have a clearer idea of what I want to sew and wear, I'm revising some of the top patterns that I shared on Instagram. I have another knock-off from QVC that I want to make using Simplicity 8094 again...well y'all know I like a TNT pattern! *LOL* This one is so comfortable to wear that there will probably be more incarnations. 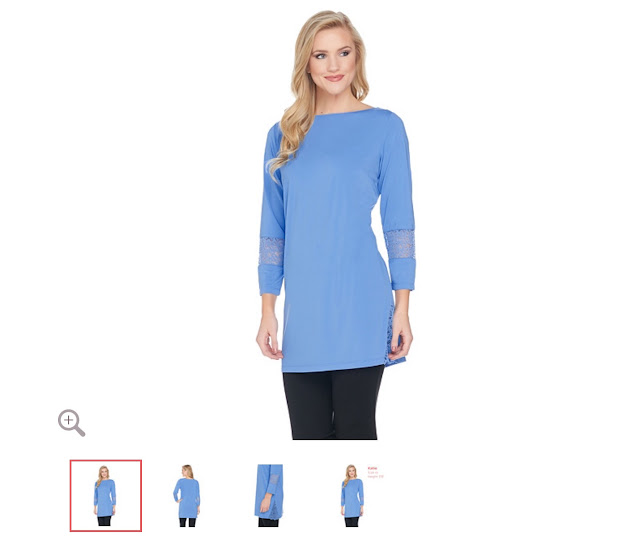 More Simplicity 8059 Cardigans ~
I finally got some sewing done.  I made four versions of Simplicity 8059. I started these around Christmas time. I got it in my head that I needed more of them and then I just started cutting fabric and making plans. I had a fifth one in my head but I need to move on, there are so many more things to sew.

Here's a quick peek of them, I'll have a blog post as soon as my daughter arrives to photograph me in them. 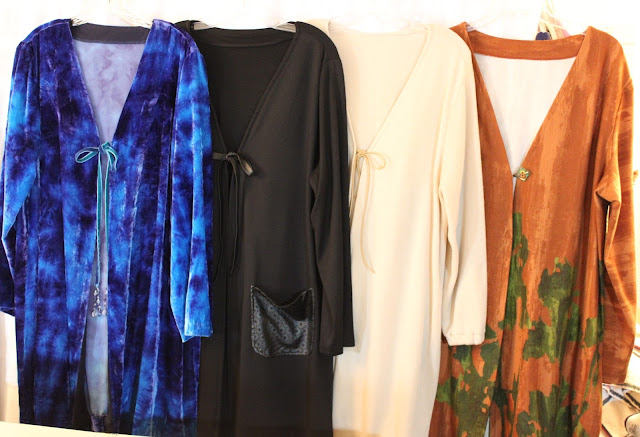 Meeting Claire Kennedy ~
I've wanted to meet Claire Kennedy, who blogs at Sew Artistry for some time. Claire has impeccable skills and sews for very high end clients back in Oklahoma. For some reason Claire seems to really like my sewing and features it in her newsletter for which I'm so honored.

She is in town this weekend (probably flying home as this is posting) and we connected at Metro Textiles for some fabric shopping with her and her companions, Susan Theobald from Oklahoma City and Susan Knowles from Shreveport. 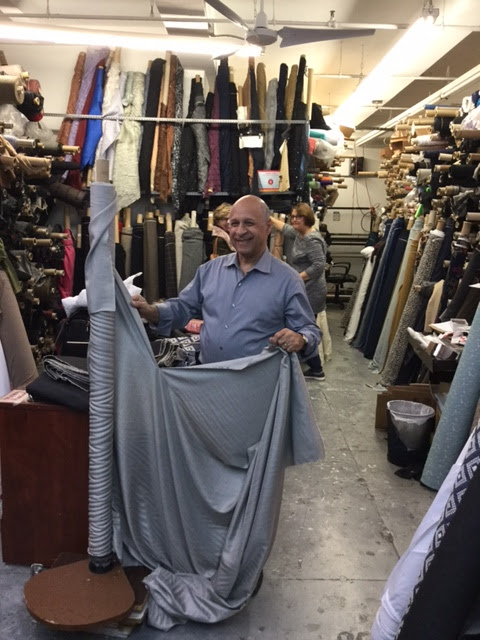 Kashi doing what he does best!

I was lucky because Friday I had time to spend with them since hardly anyone was in the office, so I took a long lunch and headed to Metro Textiles.

Here are a few photos of their adventures ~ 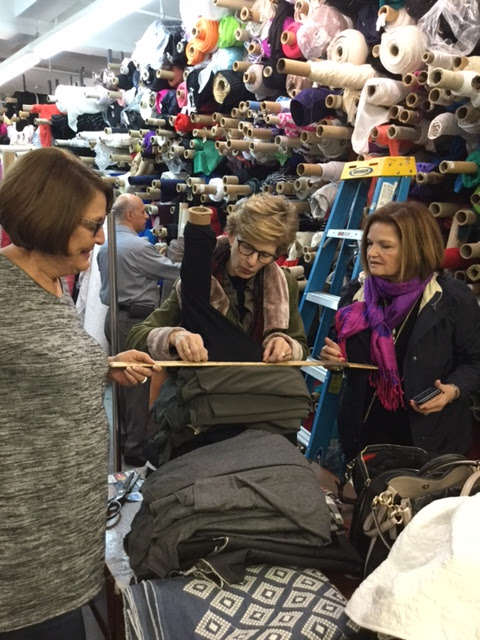 Susan, Claire & Susan checking the stretch on a knit 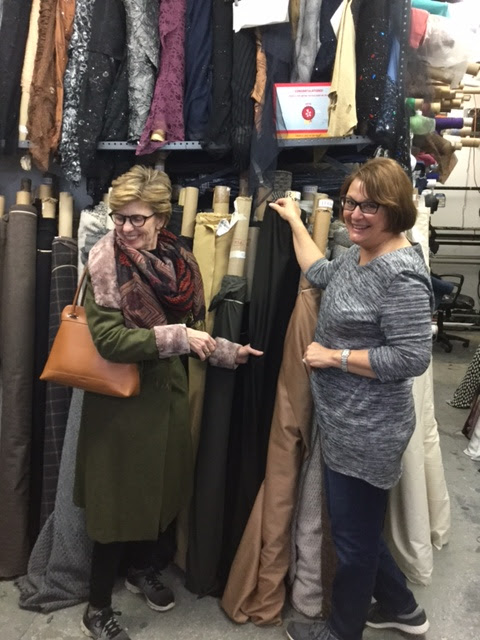 Claire and Susan checking out the wools 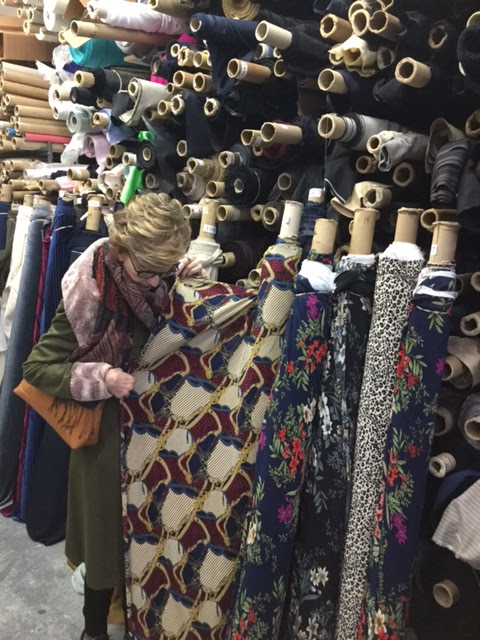 Claire checking out one of the pleated polyesters

Let me say these women came to shop! I loved how they went through and pulled fabrics in their colors, for their needs, and bought at least 5 yards. I got a vicarious thrill just hanging with them! Of course some of that fabric shopping rubbed off on me and I did need some retail therapy to soothe my aching soul since it was inauguration day...*sigh*

Here is what came home with me ~ 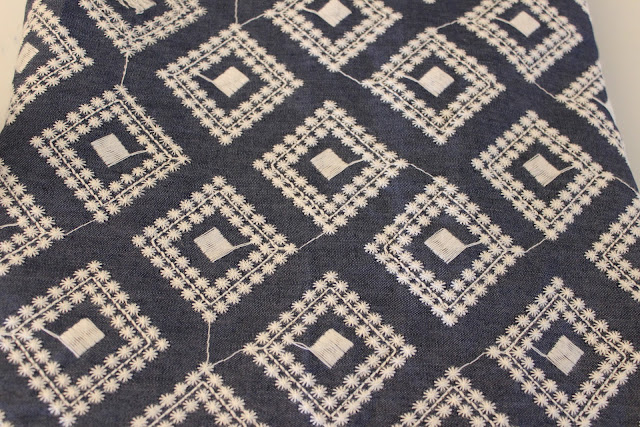 3 yards of an embroidered denim 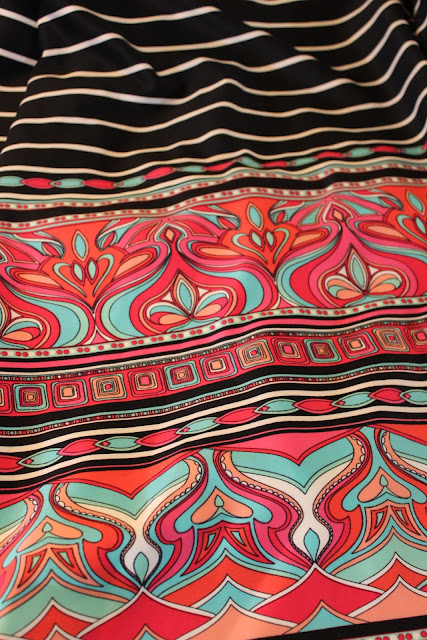 3 yards of a border print ponte

While they were shopping, I had time to speak with both Susans and Claire. Susan from Shreveport showed me some pictures she'd taken of an Alabama Chanin skirt she'd recently completed. It was sooooo beautiful. She graciously shared some pics with me... 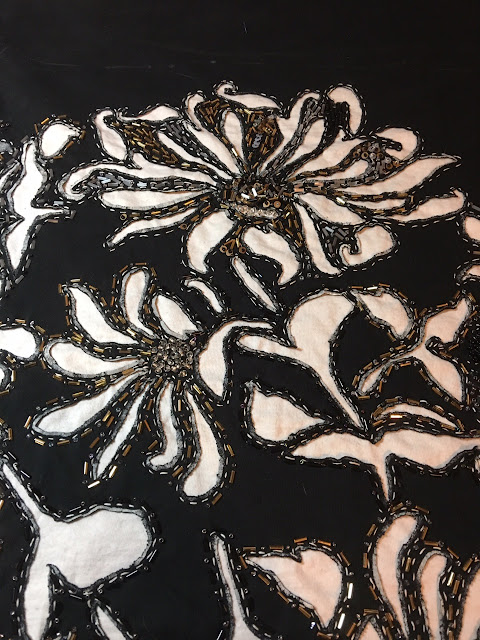 Detailed view of the hand stitching and beading 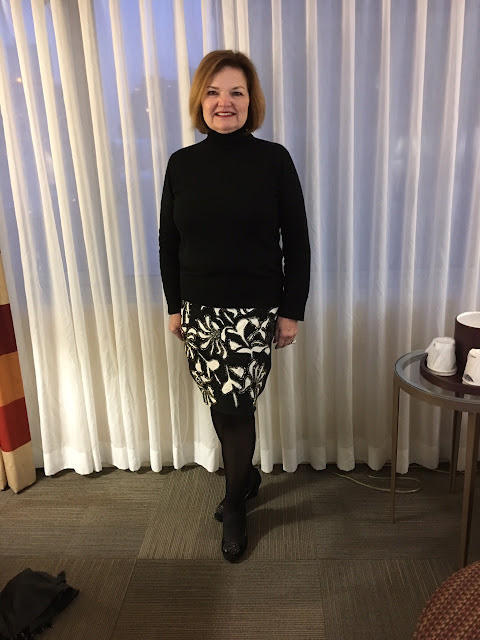 Susan wearing the skirt with a black turtleneck 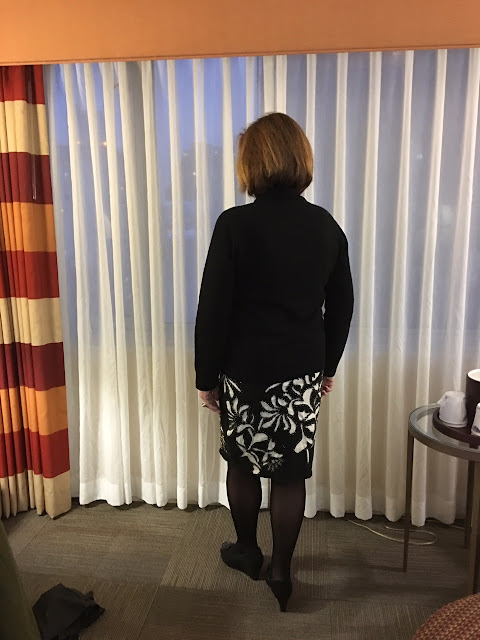 Back view of Susan wearing the Alabama Chanin skirt she made

It's a gorgeous skirt isn't it? I'm always in awe of sewists that take the time to make garments using the Alabama Chanin stencils and hand stitching!

Saturday's Womens March ~
Lastly The Women's March was yesterday. I had planned to go to the march in NJ with my daughter. However, I'm still coughing up a lung and I didn't think another weekend out in the elements would help me get better any sooner so I stayed home and cheered from the sidelines. 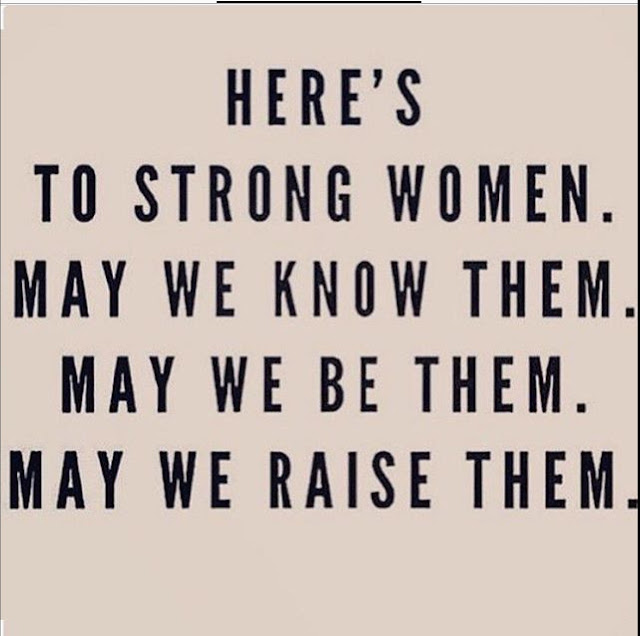 I'm so thankful to all of the amazing women who came out and marched both in the US and around the world! It made a statement that we are not going quietly into the good night! May I add that we have to follow this up with activism both politically and contributing to the institutions that this administration is threatening the existence of ~ even the National Endowment of Arts is being targeted!

Finally, I did get to spend some quality time in the sewing room this weekend. It has leveled off my equilibrium and while I still have a cough, I now feel more like myself!

This is what's currently laying on my cutting table ~ 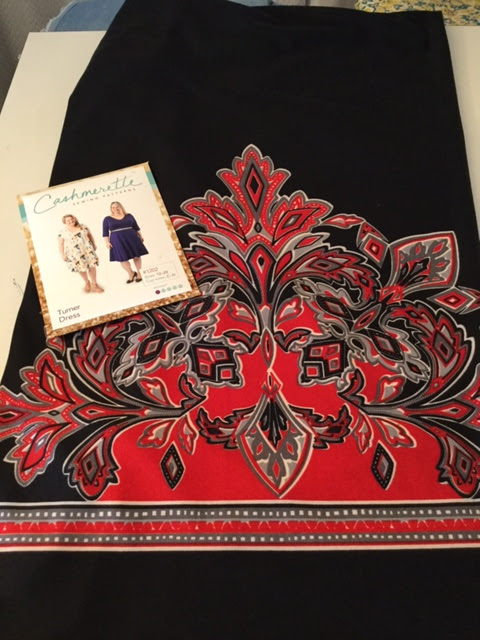 Posted by Carolyn (Diary of a Sewing Fanatic) at 10:26 PM