I had the BEST time at Sew Camp! There were eight of us this time - Andrea, from Knit Knac, Bernice (who has attended Sew Camp for her third time!), Cennetta from Magahony Stylist, Coralee who just reads my blog but who is now my new bestie, LaQuana from Made by LaQuana, Nakisha from Dressmaking Debacles and myself. 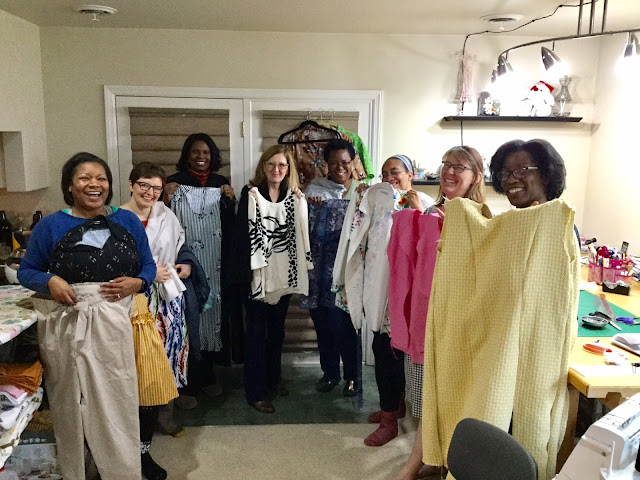 It was a full house with an atmosphere like a college dorm...we didn't lock the doors to our rooms or just left them open.  We visited each other just because and we had the BEST time!

I took ALOT of pictures and a couple of videos because the trip started with Nakisha and I fabric shopping in NYC, then training to PA to meet up with our Sew Camp sisters. Because I documented everything and I mean everything except for the scrumptious meals that Gaylen served this is going to be a two part recount.  Y'all there are just too many pictures!!!

This post will cover the NYC Garment District and the Fabric Mart shopping pics - because Fabric Mart was off the chain! I'm sure the saying dates me and is no longer cool but I don't care, that's how I felt about the trip to Fabric Fairyland.

The second post will cover the actual Sew Camp activities and information on how to register for the next one and the ones in 2019.

Day One of the Sewing Vacay ~

Nakisha contacted me after I announced that I was going to Carriage Corner Sew Camp and we worked it out that she would fly to NYC, fabric shop in the garment district and then we would train to PA.

Well Mother Nature didn't like us making plans in the middle of March because the East Coast experienced it's 4th Nor'easter in 3 weeks!  Nakisha was on one of the last flights into the area on Wednesday.  However by the time she got to NYC, everything was closing! Then Amtrak cancelled our train on Thursday! So we had to scramble to get on another one - since they cancelled like half of them!!!

So because of weather drama, we ended up only having four hours in the garment district so we were strategic about her shopping trip. 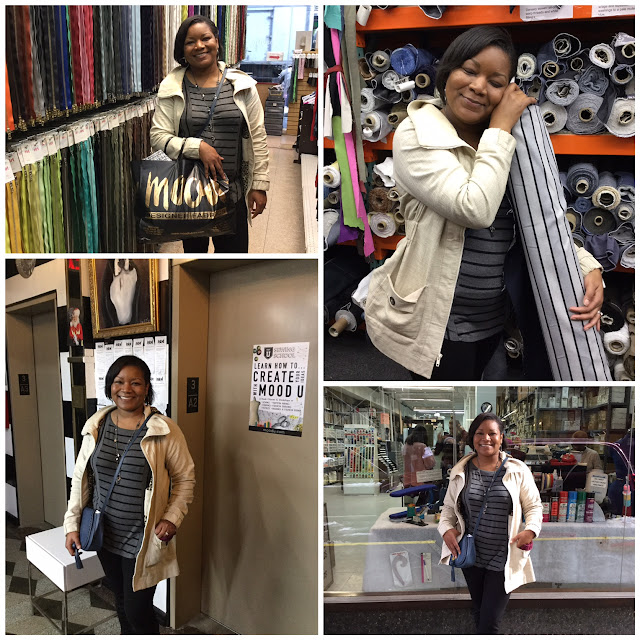 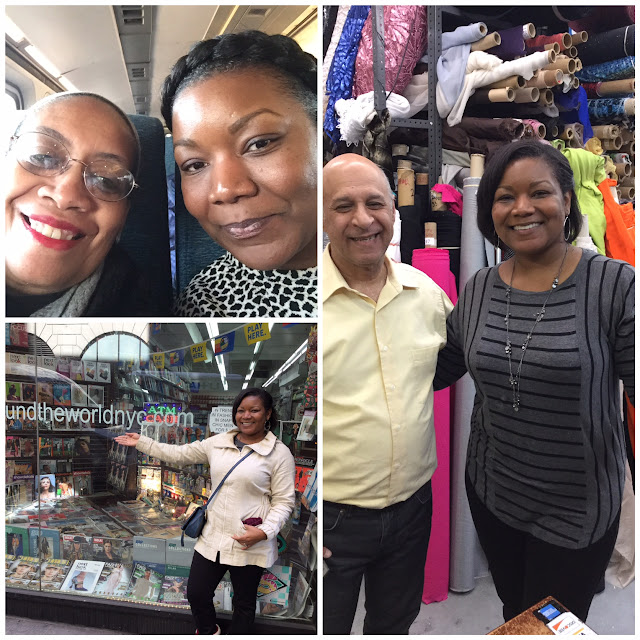 We met LaQuana on the train and Gaylen picked us up from the train station.  After a marvelous dinner and a lot of conversation filled with laughter, we headed back to the B&B.  Since it was early enough we set up our sewing machines and I'm almost sure that both of them started working on their projects.  They weren't letting any grass grow under their feet!!!

The trip to Fabric Mart...*sigh* is like going to Disney World for Fabricaholics! I know I showed you the fabric shopping from last March's Sew Camp but this version was beyond words.  First there were nine of us descending upon Fabric Mart without fabric budgets! 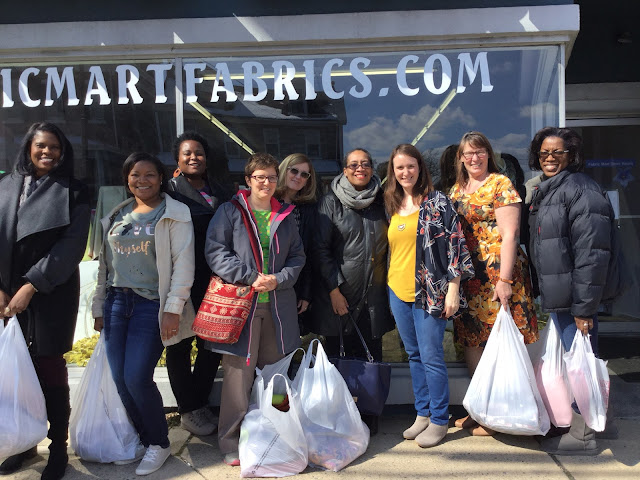 All of us with Julie from Fabric Mart

Julie graciously spent four hours with us - touring, cutting, having her team bring bolts from all over the place and even doing a burn test on some of the fabric... 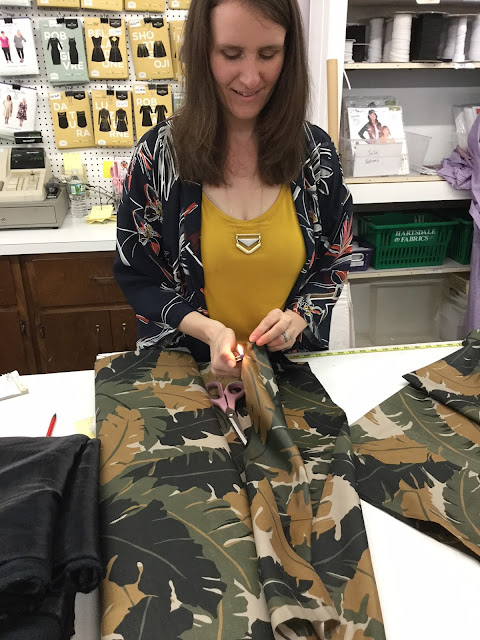 Since I tried my hardest to refrain from the extreme fabric joy, I was able to photograph my fellow campers enjoying the moments. Here are the pics of each camper with their piles of purchases: 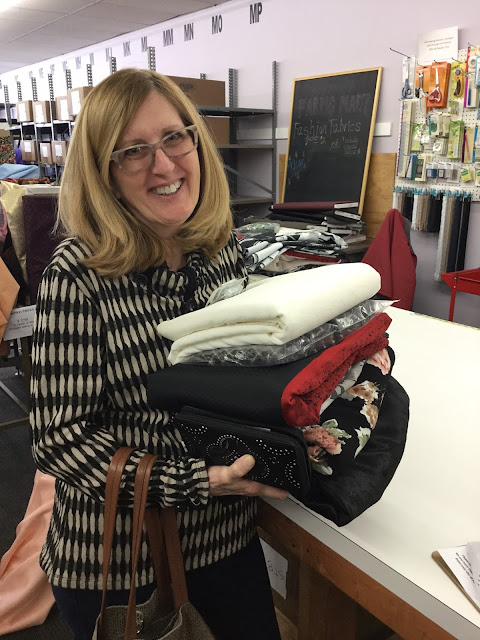 Bernice with her pile - hey she was a 3 timer so she showed some restraint! 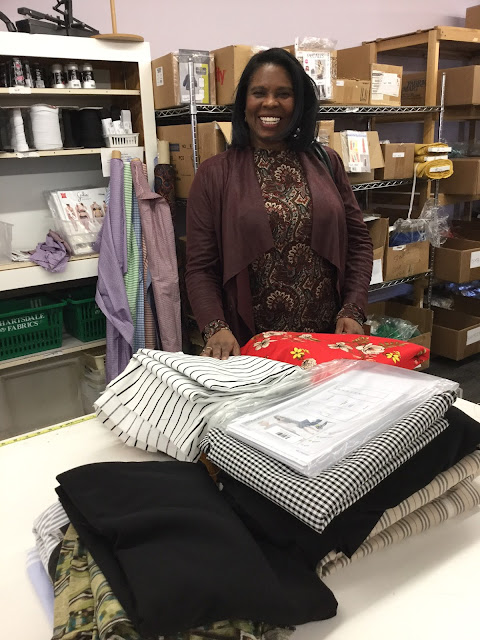 Cennetta with her "take everything on the bolt" pile! 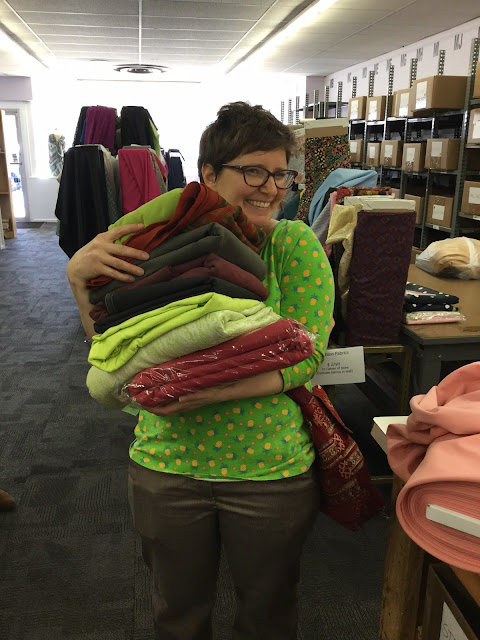 Coralee who squealed at anything green! 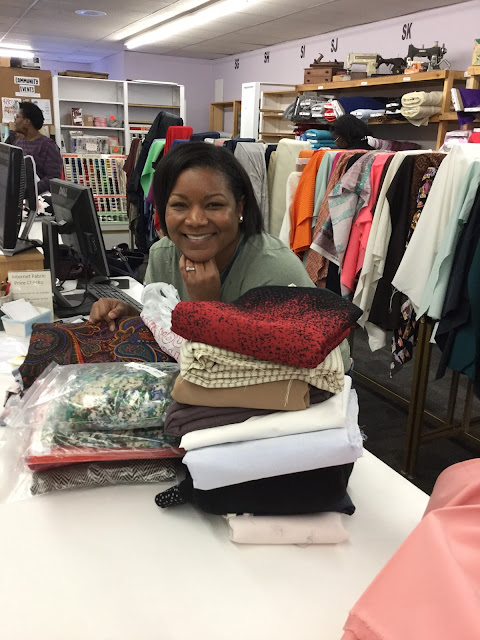 Nakisha with her cut pile - she was the Pre-Cut Queen! 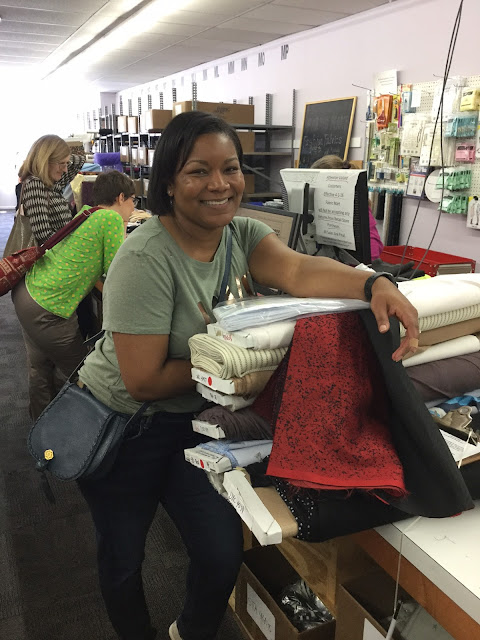 One more of Nakisha waiting with her haul to be cut 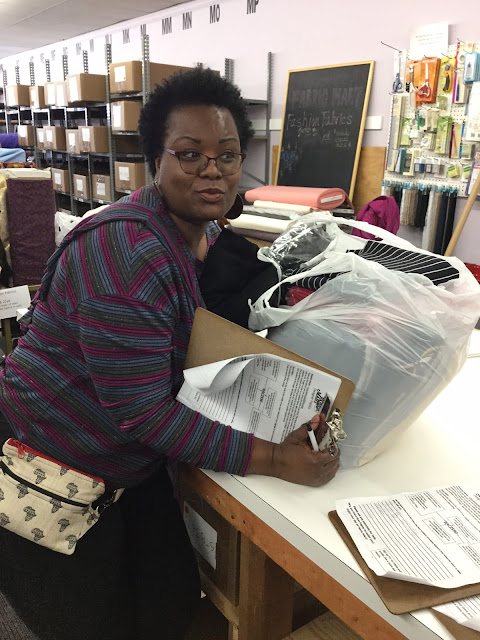 ...and here is great pic of Gaylen wearing an Ottobre dress made with Fabric Mart fabric... 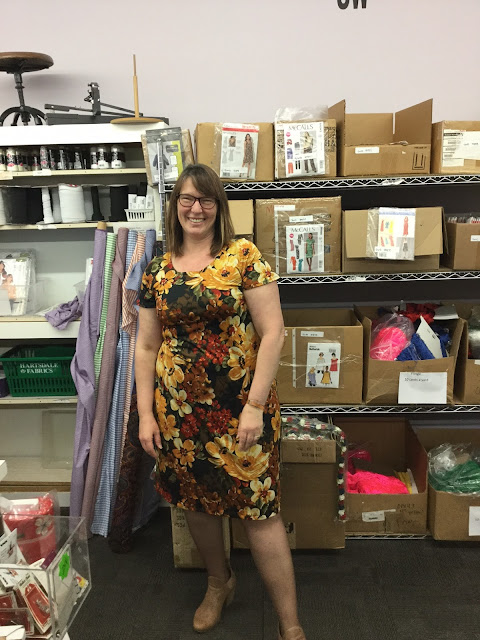 Sadly Andrea kept adding to her pile so I never got a pic of her and her goods but she's posted them to Instagram so you can see what she bought here!

Even I bought more fabric than I intended too! You know that I said I was only purchasing three pieces - well that's not quite how it turned out.  I bought one piece at Mood... 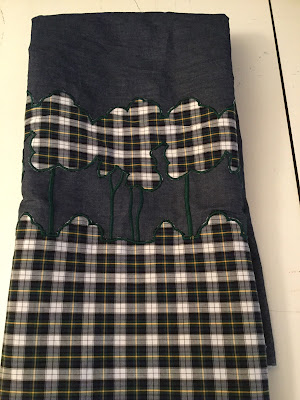 
...and five pieces at Fabric Mart! 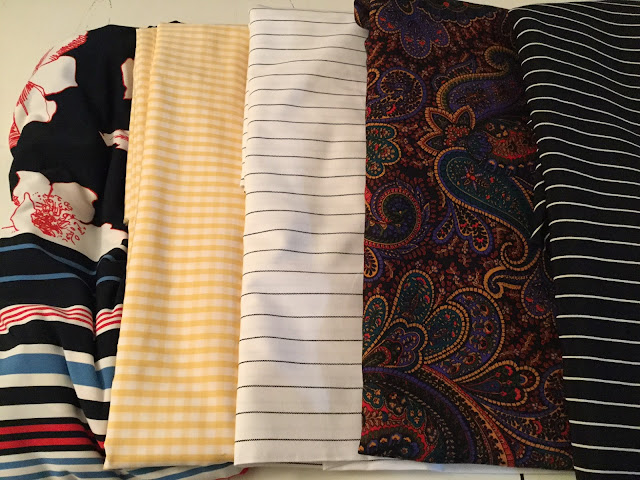 However, with all the fabric temptation that was present, I think I showed admirable restraint! LOL!

After a wonderful lunch, we headed back to the B&B, for those that arrived on Friday, machines were set up and sewing ensued until after midnight! 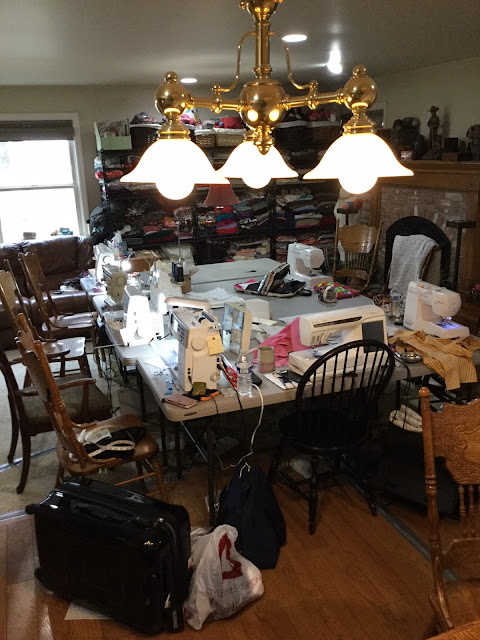 The next post will be about the next two days and all of the sharing, sewing, laughter and frank conversations that happened.