There are a few things that have been rambling around in my brain and I need to get them down here so that I have a place to refer back to when I have a question or need some direction.

Five in Five...
If you've been reading my blog for any amount of time, you know I like watching the TV shopping channels, HSN and QVC...especially QVC.  I've copied a few garments from the shows and shared a few of my handbag purchases with you.

However, one of my favorite jewelry designers on HSN does this thing during her presentations called Five in Five. It's usually five pieces that's short on stock that they want to clear out.  So they give customers five items to purchase in five minutes. I was impressed by this so I'm adapting the principle and doing a variation on this Five in Five theory.

I want to make five dresses/outfits in five weekends.  Now I can make a dress in a weekend, even a pretty involved one.  The challenge becomes will I get bored?  Will I get sidetracked by something else? Will I fall down, hit my head and wake up with another list? Well we'll see...although the first of the five dresses is finished.  I just need to get some modeled shots.

Coats, Coats, Coats...
Every year I say I'm going to make a coat.  I pick a pattern. I find some fabric and then nothing.  I need a dress, pants or other outfit more...but what's really happening is that I'm going for the quick sew instead of the involved sew.

Well lately I've been feeling like I've got plenty of everything for fall/winter and I really want to spend the month of October making a coat or two.  I'm sure this has something to do with the fact that I started sewing fall in August.  Because I started so early I have four new dresses, a jacket and a skirt just sitting waiting to be worn.  So the desire to make a coat is strong...very strong.  I'm not talking about a cold weather coat.  I own plenty of them but I am missing those transitional coats, the ones you wear when the weather turns crisp & cool...where you need an extra layer but not too much of one.

This is my first choice.  I'd like to make the shorter version of this Vogue 8937 but lengthen it a few inches out of the boiled wool from Marcy Tilton. 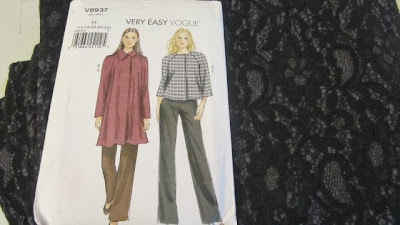 Then this princess seam coat from Butterick 5966, that I'd like in an eggplant colored boiled wool.  Won't that look awesome? 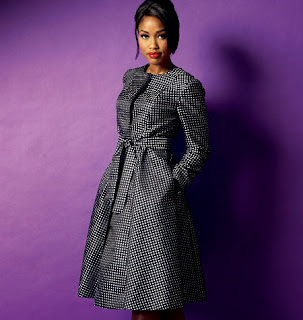 Finally I found this Very Easy Very Vogue pattern (8451) from 1992 in my pattern collection. 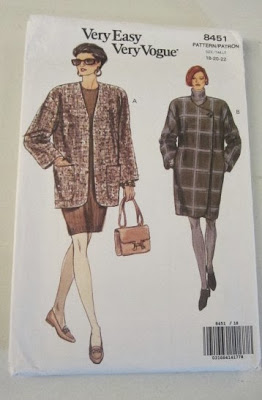 Meg just wrote a blog post about, Fall/Winter Fabrics Trend Report by Mood: Soft Colored Coats.  This Vogue pattern looks a lot like the Mugler coat featured in the post. Even though the coats featured in such pretty soft colors are beautiful, they wouldn't work in my every day life...but I really like the silhouette of the Mugler coat. A nice wool tweed with a lining would be a great transitional coat!

Now I don't know how many I'm going to get made before the urge to make something quick and easy occurs but at least two of these will be made.  I'm pretty excited about that too!


A little housekeeping...
I try to answer questions that you've left in the comments.  Sometimes I read them at work and by the time I've gotten home, something occurs and it doesn't happen.

Also most of my posts are written days in advance and scheduled to post.  I spend a lot of time at work and just don't have the wherewithal to write posts daily or every other day because I'd much rather be sewing. Also with the posts that I write for the Mood Sewing Network, that's a lot of time spent just writing about sewing.  So you may ask a question and it seems like I'm ignoring you or have forgotten about you...but that's not always true. Sometimes I just need to get back to you in a future post.  Which leads to this...

Angela the Creative Diva asked, "What is the name of the lipstick you're wearing? You look so vibrant!" on the Throwback Thursday #1 post.
First can I say that I don't know much about make-up and it doesn't really interest me.  Most of what I know my daughters have taught me.  Just like my hair...it's maintained by my daughter the hairdresser.  So with that little backstory, I had to go and look for the lipstick. I knew that I'd blended two different colors to get the one I was wearing. The base is a burgundy color from Avon...but I'm sorry I can't tell you what the actual color name is because the tube is kinda old and the description sticker has fallen off. I am wearing the lipstick topped by a light red lip gloss from the Glazewear line also by Avon.

I have a very light make-up routine.  I wash my face with an Oil of Olay face wash.  I moisturize my face using Oil of Olay moisturizer for Mature skin.  I don't wear foundation.  I line my eyes with a brown/black pencil from L'Oreal. Mascara in brown/black also from L'Oreal.  And lipstick from Avon.  That's it. Hope that helps Angela!

As a parting shot...
Here is a sneak peek at the first Five in Five dress.  Yeap, I used the last large scrap of the lacey pleather.  I've saved the scraps from both of these pieces to use in one last garment.  Let me tell you that was the best $15 I ever spent, since I will end up with not one, not two, but three garments from that 1/2 yard piece! 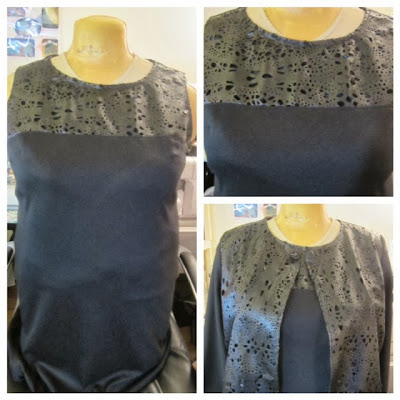 I'll be working on the second Five in Five dress this weekend.

Posted by Carolyn (Diary of a Sewing Fanatic) at 12:35 AM