This pattern has been on my "must sew" list from it's debut in the last Vogue pattern release. Admittedly the artwork on the pattern looks kinda blah but I could see the potential in the pattern.  It will work well for my corporate workplace yet be comfortable...a huge factor in anything I make these days. 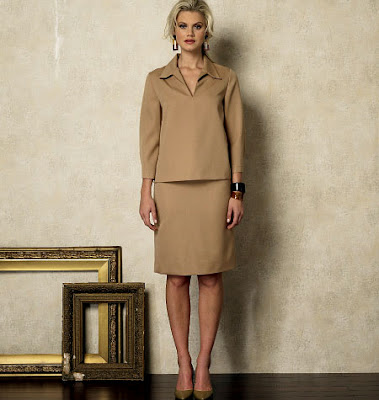 From the beginning I knew I wanted to make it using a wool blend navy pinstripe from my fabric collection.  Somewhere along the line, I decided that I wanted the collar to look like it was a blouse inside a top.  Yeah, I never go simple...*sigh* 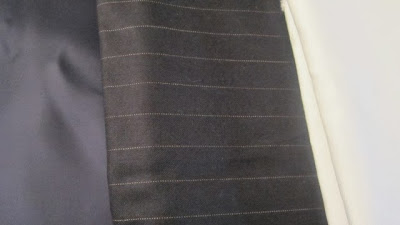 So after much thought I came up with a way to make this work.  Some of this is pattern alterations and some is fabric choice but I think I'm on the right track.

The top front ~
These alterations were made by creating a pattern sandwich using my TNT dress pattern, the Vogue 8935 top pattern piece and pattern paper to trace off a new top front pattern piece. 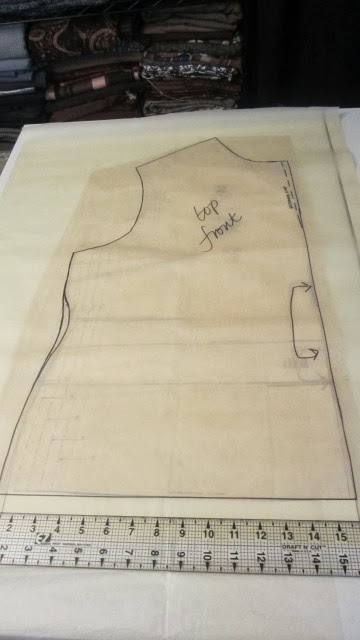 These are the specific changes that I made to get a better fit for me.
~ I shortened the shoulder seam by 2"
~ I used the shorter version (View A) for this top
~ I curved in the side seams to take some of the boxy-ness out of the top 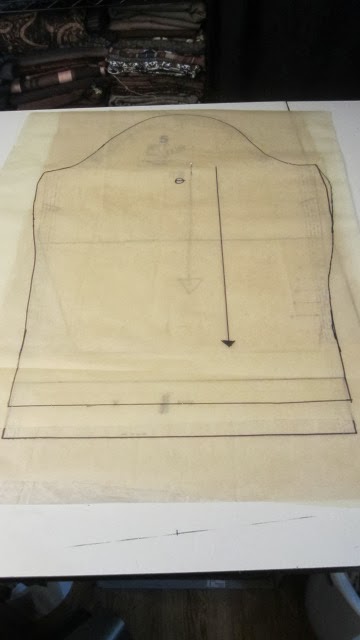 ~ Again using the pattern sandwich method this allowed me to add to the pattern's bicep area so that they would fit my bodacious biceps. Now I know this doesn't look like a "normal" pattern sleeve piece but I don't care because it works and fits my "not so normal" biceps.

~ I also cut the hem band from the sleeve and added 5/8" seam allowances to both pieces to end up with two separate pieces. 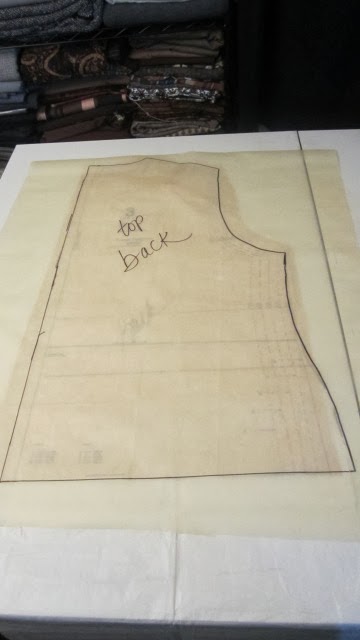 Fabric choices ~
A navy blue wool blend pinstripe from the collection, probably from Fabric Mart
White cotton pique from fabric.com was used for the collar and cuffs
Navy blue rayon bemberg to line not only the top but the skirt

You can always make a pattern straight out of the envelope and sometimes I do but most times I don't.  To me patterns are just jumping off points for ensembles I envision or am influenced by from other sources.  That is definitely true with this one.

Next post will be about the construction of these pieces...

Posted by Carolyn (Diary of a Sewing Fanatic) at 4:51 PM