For the last couple of years my solution to a cool summer knit dress was Vogue 1250.  Well lose a few pounds and all of those amazing dresses have been added to the donation pile...and what is a woman to do now?

With much prodding and poking from my girl, Gaylen, I pulled out McCalls 6559. You know the maxi dress that everyone has made (110 reviews on Patternreview at last count) and I horribly failed at three years ago.  But body changes and an acceptance that maybe just maybe this should fit closer rather looser and I have this... 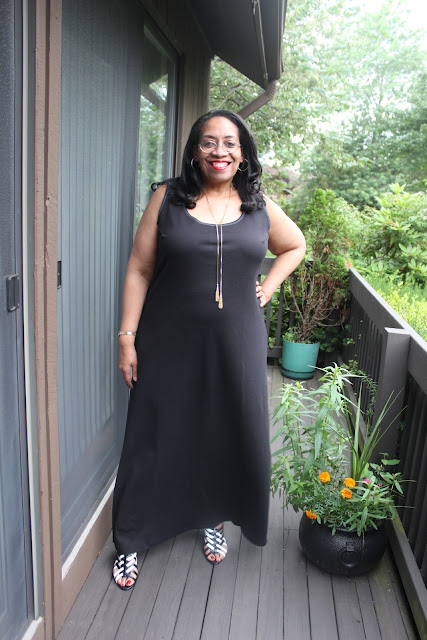 Okay let's back up a minute.  I really wasn't sold on McCalls 6559 until I went on the Avenue's site and saw maxi dress after maxi dress in this style. The only thing distinguishing each dress was the print used on the fabric or a binding added to the neckline and the armholes. I guess I could have just bought a few but all the elements to make them exist in the cave, so I thought I would try again.

As you can see from above, it worked.

My first try is from some of the black cotton/lycra ponte from my 10 yard stock. I figured if it didn't work, I would still get a maxi skirt from the leftover. I realize that this is a firmer fit than an ITY knit will provide, which are my next choices.

Here are my fabric choices ~ 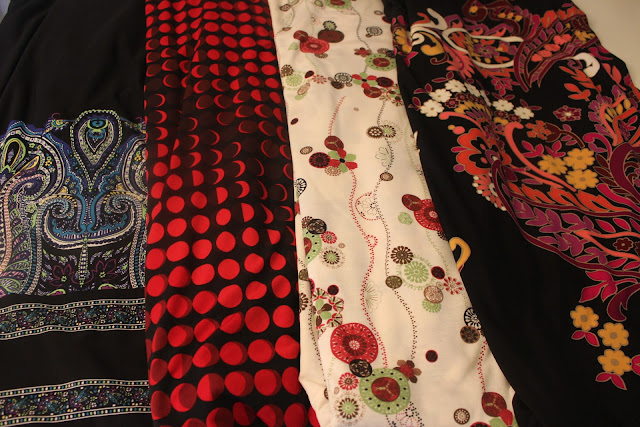 ...a few more pictures of this maxi dress in action. 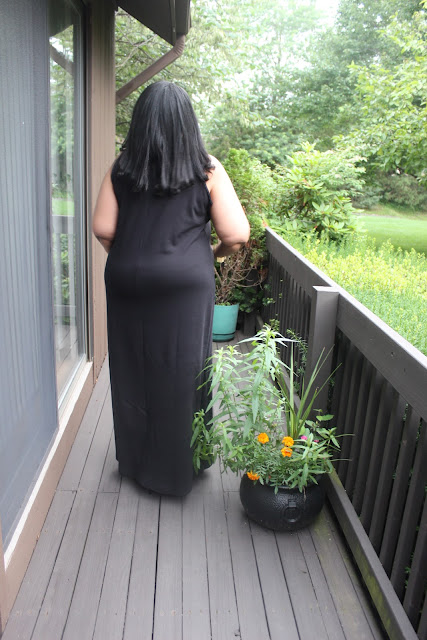 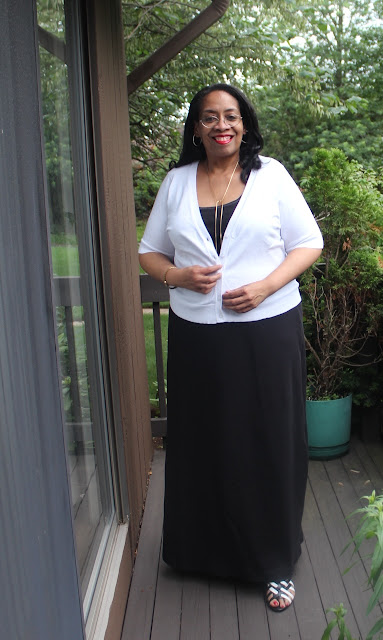 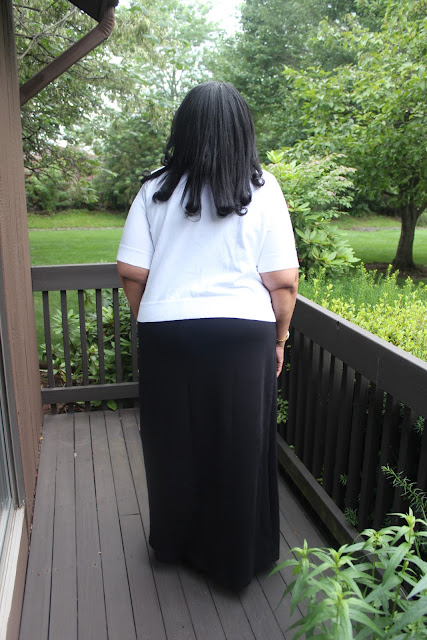 I will show pics of the other dresses in another post because I ended up making four of them, enough for vacation and as Gaylen reminded me on Instagram, enough for a week's worth of work outfits.

Finally, I really like the tie top that accompanies this pattern and I think it will give me some much needed waist definition.  Now to find that linen knit fabric I bought from Fabric Mart years ago to make a couple!