It's been a minute since I bought fabric...

...and I probably wouldn't have but a combination of Black Friday sales and the need for a few more casual pieces influenced these purchases.  Specifically I want to try out some t-shirt patterns and I really need a denim dress and skirt added to my wardrobe.

However, I really didn't want some thin, cheapish, knit material and remembered that both Lauren and Lori made beautiful t-shirts from Organic Cotton.  So I headed over to their website.  They were having a 15% off sale for Black Friday, so I picked up white, black and gray cotton interlock. 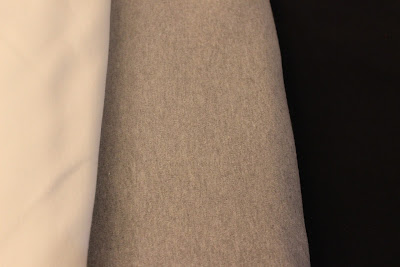 When it arrived I was thrilled at how beefy and soft the fabric was...so much so that I'm going to buy more yardage because I love how my current t-shirt pattern fits and I want to make several more. 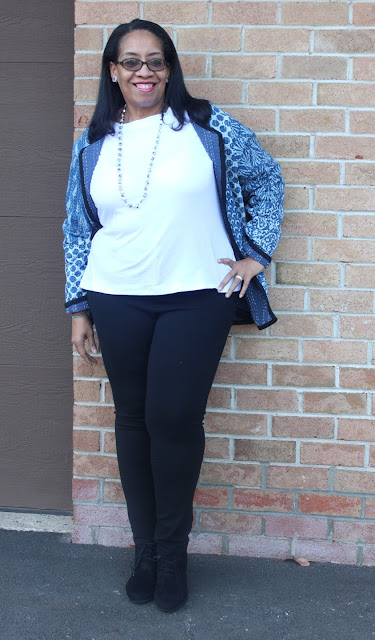 Trying out the SBCC Tonic Tee is next on my list because I'm finding that these long sleeve tees make great layering pieces under cardigans and jackets. So good t-shirt fabric is a MUST!

Of course there was also a Fabric Mart purchase.  They were running a 50% off the entire website with an additional 10% discount for Premium Members. I wanted some denim to make me a dress and a skirt. I have some denim in the collection but it's so little girl oriented and I really wanted plain darker weave denim.  So I bought two different cuts. 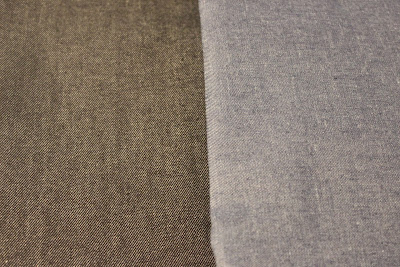 Which of course don't look so dark here!
*sigh* too much light when I took the pics...

I want to make the skirt using Vogue 1247 - but as a pencil skirt the way that Diana who blogs at SewPassionista by Diana made it. 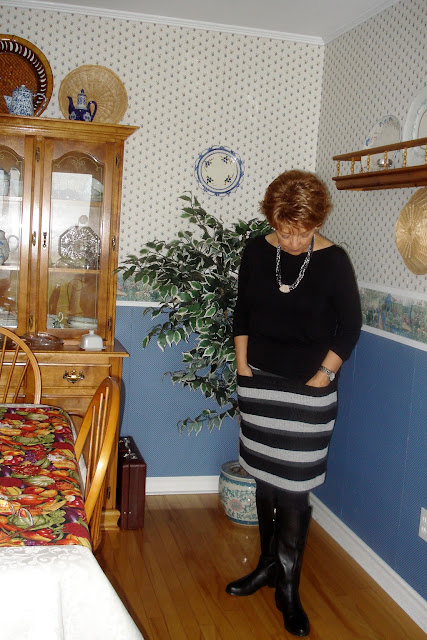 I think this would look amazing in denim and I've seriously been jonesing on Diana's wardrobe. I love how casual but sophisticated it is. Plus isn't that skirt just awesome!?!

So 13 more yards were added to the collection...but I don't think they will last long. These were purchases to be used now not to become tenants in the collection.

Finally, I don't enter many fabric contests on blogs, Instagram or other social media sites...I mean I own a lot and those awesome pieces should go to homes where they're really needed.  However, over Thanksgiving Weekend, Elliott Berman ran a giveaway on Instagram and I couldn't help it...I played along. It's Elliott Berman people! Their fabric store is so well curated with amazing pieces of fabric and I've loved anything I've ever purchased from them...so I entered...and I WON! *Doing my happy dance*

Here's what showed up this week ~ 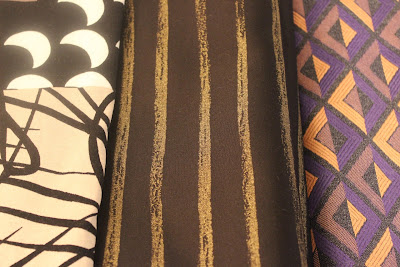 From left to right: 2 yards of a viscose knit from Italy
2 yds of scuba knit from France & 3 yds of brocade from France

I have plans for 2 of the 3 pieces so I'm not even putting them on the shelf. The brocade will need to marinate but I'm over the moon that I won!  I nevah win! BTW, there's a Christmas giveaway coming up and it will be featured on Facebook and Instagram, so look for it!