It's all about the numbers...

A couple of weeks ago I sat down to figure out how much fabric I've bought so far this year, how much fabric I've sewn and how many garments I've made. Why you ask? Well one, because I've made a conscious decision to sew as much as possible from the fabric collection. For another, I wanted to see if it made a difference in the fabric in/fabric out situation. Finally, it's taking time to build a new wardrobe and to figure out what to wear.

Let's start with garments made and fabric used:
Garments sewn~
I've sewn 27 garments since the start of the year. First I'm amazed at that number because some years I would only sew 30-35 pieces and I'm close to that already. However, since I did a lot of unselfish sewing in March, I'm sure that's why my totals are so high! Four of the garments in that number haven't been photographed yet so expect to see a couple of them later on.

On that note, I've decided that I'm not blogging any more versions of my TNT dress. I have nothing new to contribute regarding their construction so no need to share. I will probably show a photo of them on Instagram, so if you follow me there, you will see them.

On the fabric side ~
I've used 52.5 yards of fabric since the beginning of the year! This is major! Again more than I've probably sewn in previous years and it's encouraging me to continue to sew from the collection. Now here is the downer to that number ~ the number of yards in. I bought 45 yards in Seattle to kick the year off...cause I'm not counting Christmas fabric that came in during January. Then with my birthday money/gift cards I bought another 24.5 yards and finally on my trip to Philly I bought 14 MORE yards...so grand total 82.5 yards in the last six months. I was feeling good about that 52.5 yard total until I added up those fabric buys. Geeze! 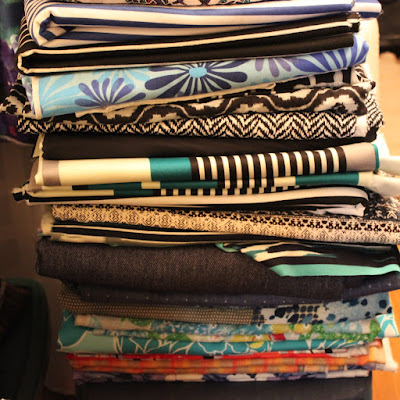 I really thought I'd done better than that because fabric doesn't arrive weekly like it has in years past. I also haven't been on many fabric shopping trips...I guess all that birthday celebrating really blew it out of the water! *LOL* Since I have plans to use quite a bit of fabric for the summer from what I've already bought I guess I will even those numbers out.

Wardrobe building:
This late spring/summer, I'm wearing more me-made. I think it helps that I started working this job last June so I have a previous season of me-mades on hand. Before we started summer fridays, I was wearing me-made 4 out of 5 days. However, I want to lose that RTW day because I feel like that's when I'm most sloppiest. How do women who don't sew do it?  Seriously!

So I went to Macy's to snoop shop and I did something I don't usually do, I tried on a couple of dresses. How do retailers sell things to plus size/curvy women? Never mind that the assortment is just deeper with more variety on the other floors than is available for plus size women. But let's factor in that whole dressing room atmosphere - Gawd I'm glad I sew! 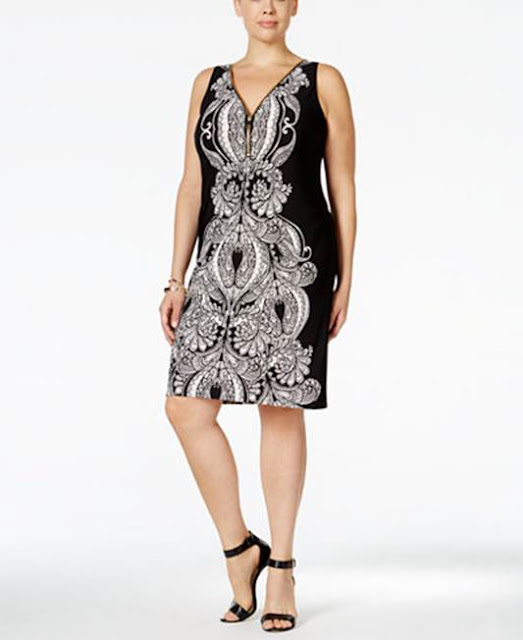 INC ITY dress with zipper in the front 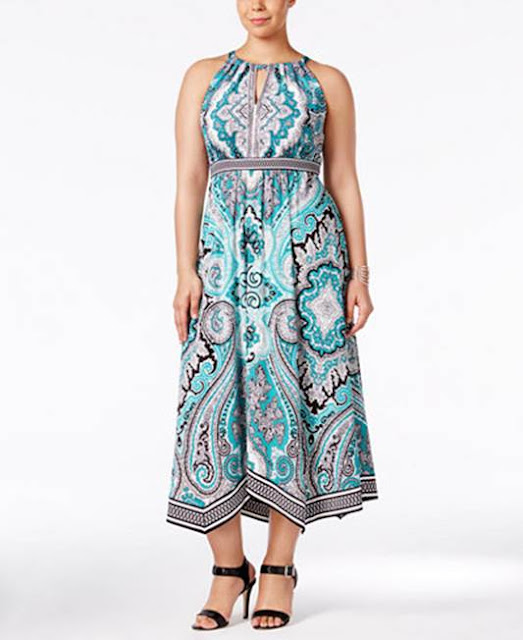 I also went to Macy's to get some more perspective on what I want to sew for the rest of the summer. One of the things that I just don't have enough of a handle on is "What is my Style Now?" I have a list of things I don't want it to be and I kinda have an idea of what I'd like it to be but it's not cohesive. I'm still seeking the cohesion.

I will be sewing some new pieces this four day weekend. Yes, I'm off today (it begins the first of my five fridays off - or my month of three day weekends) through Monday which is Independence Day (July 4th) here in The States. Originally I'd decided to work on just two major projects but I've changed my mind in the last couple of days. I need to have enough garments to wear me-made every day I go to work.

So this long behind rambling post is to talk a little about the numbers and a little about what I'm going to sew...but mostly to say that I'm drilling down and coming up with more separates. Yes, a dress or two will show up 'cause I am a dress girl, but several different types of garments will show up soon.