A Girls Cardigan from FreeFleece.com

I found this free little girls cardigan somewhere on my internet travels and I decided I'd give it a try. I'm building a wardrobe for the granddaughters and wanted to add several different types of garments to it. Believe it or not, it's hard to find a basic cardigan in the Big 4 pattern catalogs...probably why I went looking for one.

This one works well for late summer/early fall but will need some updating to go into winter because I believe in long sleeves for winter. Also, I chose to make this version from ponte fabric. I wanted something to go over t-shirts and long sleeve t-shirt tops but will be current and a little funky!

One of the goals of sewing for my granddaughters is to give them not only a new wardrobe but to make it a little fashion forward. So I'm making fabric choices for them like I'd make for myself. That's why this cardigan was made with a solid navy ponte and a coordinating navy/white print. It's a little funky and fun and will work with most of the leggings and jeans that I made.

This pattern was easy to use and even though it's a pdf pattern, taping it together was quick. Little people mean little pieces meaning a small amount of paper needed to tape it together. I traced the pattern pieces off in a size 3 for Miss Lena, however, after trying it on her, I'm going up 2 sizes. This one will go to Sammy. 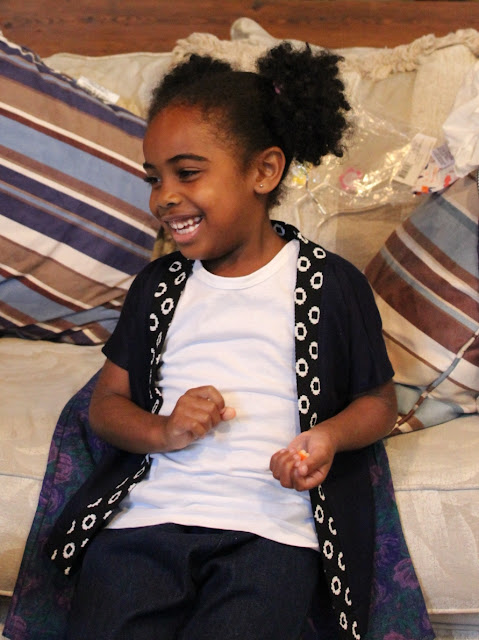 Originally I was going to only use this pattern for Lena because I thought it was a little too much for a 2.5 year old who is still rolling around the floor in temper tantrums. But Sammy tried it on during the fashion shoot and loved it. So this one and the other version I've cut out in chocolate ponte but haven't sewn yet will become Sammy's. I've also figured out how to lengthen the sleeves on the pattern so Lena's ponte versions will have long sleeves.  Now while Sammy loved it, I only photographed it on Lena.

Here are the pics ~ 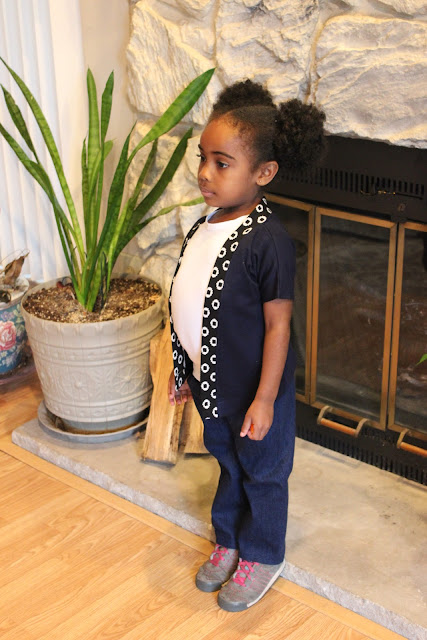 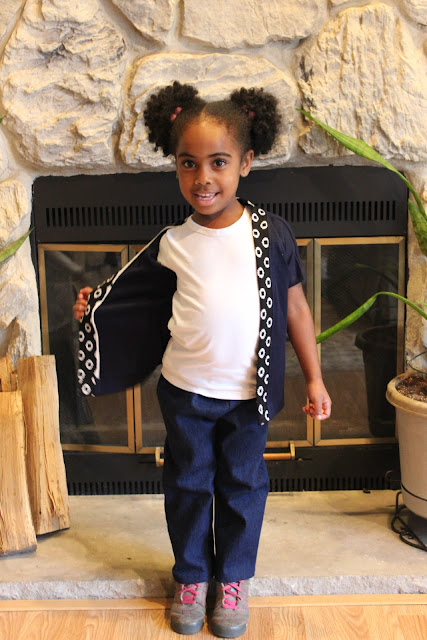 Lena is wearing the cardi with a white t-shirt and blue jeans
made from a Kwik Sew pattern that's up next on the blog. 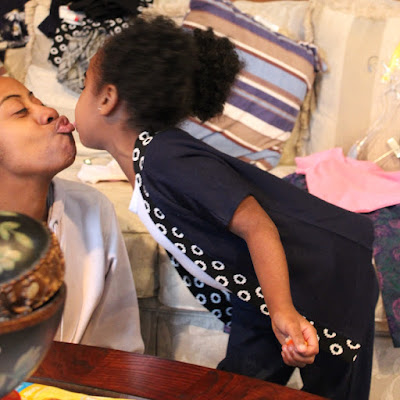 If you have a little girl that you sew for, I would recommend downloading the pattern and giving it a try. I really like this pattern and it's versatility!