After wearing the heck out of my first two versions of this dress, I started dreaming of a maxi version... 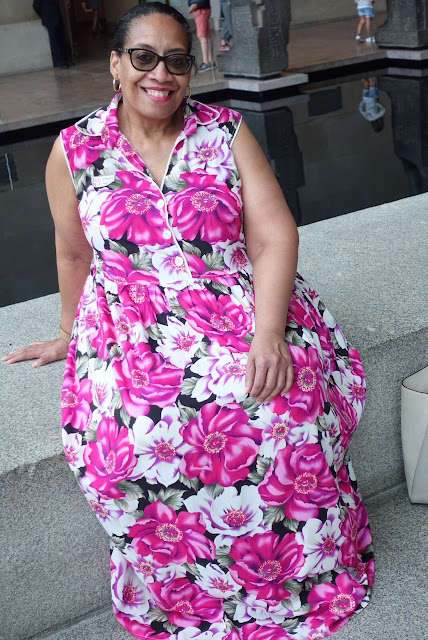 Picture taken by the pool surrounding the Temple of Dendur

So I made one. I used this rayon challis from Michael Levine fabrics that I purchased in June 2012. The blog post about it is here! This is the first of the four pieces I've used...why?

I finished this dress about 10 days ago. I wanted to wear it to meet Tasha at The Met. We were seeing The Heavenly Bodies Exhibit. I knew she was wearing a new skirt that she'd made from fabric given to her from my fabric collection. 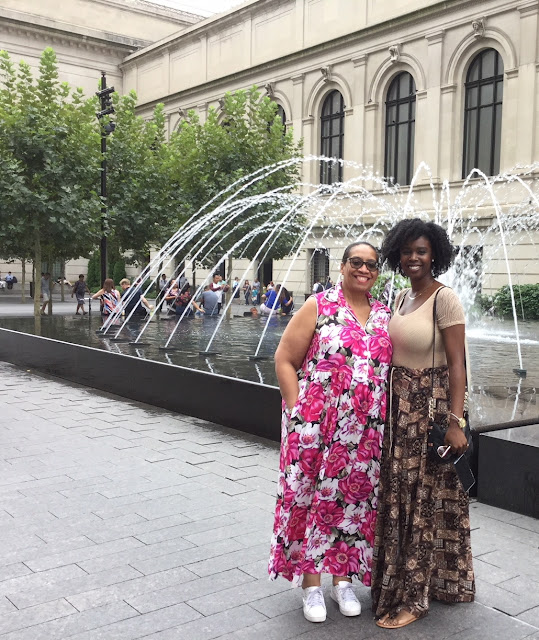 While we were there we took advantage of the amazing backgrounds the Museum presents and took pictures of our me mades. So please forgive me but this post is picture heavy. Because of that, my review of the Exhibit will be in a separate post. 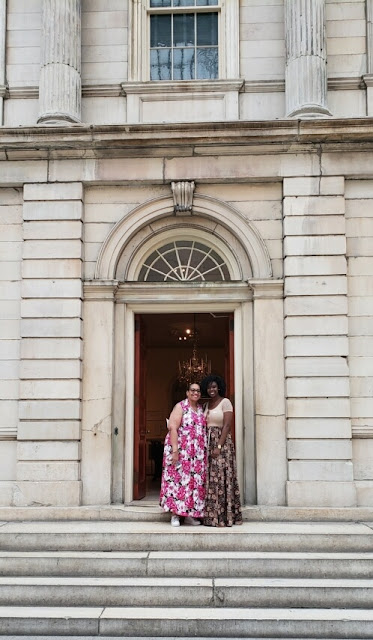 Now some details regarding the construction of this version.

Construction Info ~
Besides adding length, putting the collar back on, making this sleeveless, and adding some piping, those are the changes differentiating this from the other two.

I will say that I did not start out adding piping to the bodice. It happened because when I assembled the front pieces I saw this and could have kicked myself... 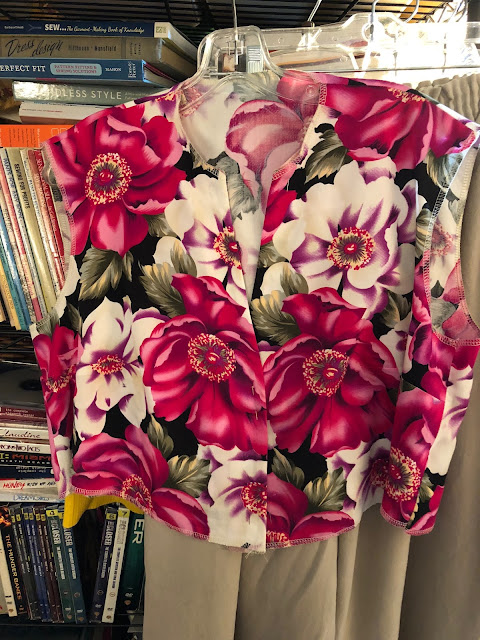 It really annoyed me that I didn't single cut the fronts. However, this was the first print I'd used for the dress so I didn't think of it. I would have recut one side but had no more fabric.  While I began with 4 yards of fabric, it was 45" wide so it went fast. 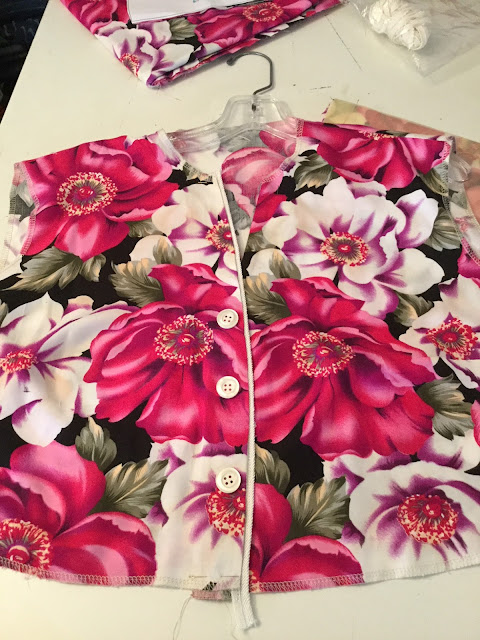 The piping was added to save the front. After I started I realized that it really was needed to give the print some boundaries ~ a place for your eye to rest. I'm glad I took the time to add it. While it definitely added some sewing time, I gained so much in design. 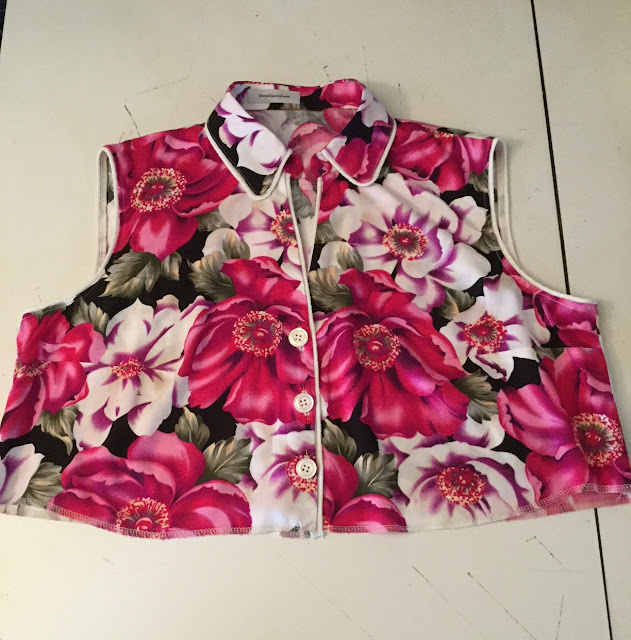 The last construction item I want to mention is I added more fabric to the skirt. Instead of cutting the pattern width for the skirt pattern pieces, I used the fabric width of 45". I debated about adding stabilization to the empire seamline. I went with topstitching instead and will store the dress flat and folded instead of hanging. Hopefully that will prevent any fabric growth.

Normally I hem the garment right away but I let it hang for two days. I wanted to insure that any growth that would occur could be cut off before hemming the dress.

So yes, I complicated the heck out of a simple to sew dress! Thank goodness it's my last version for the season.

Pictures of the dress in action ~ 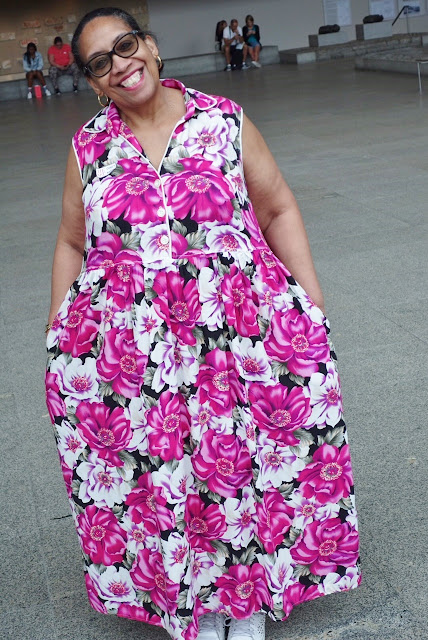 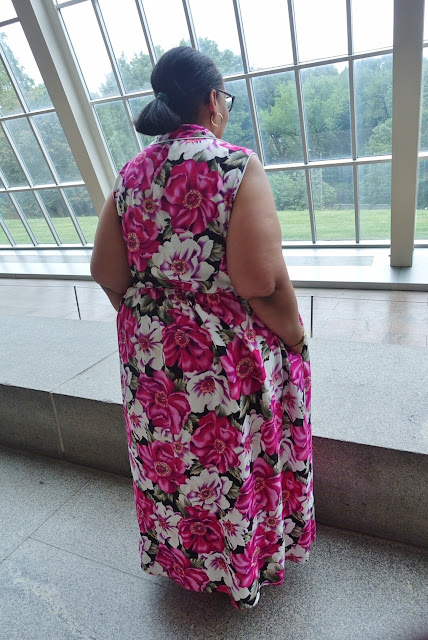 Obviously I really love the pockets! 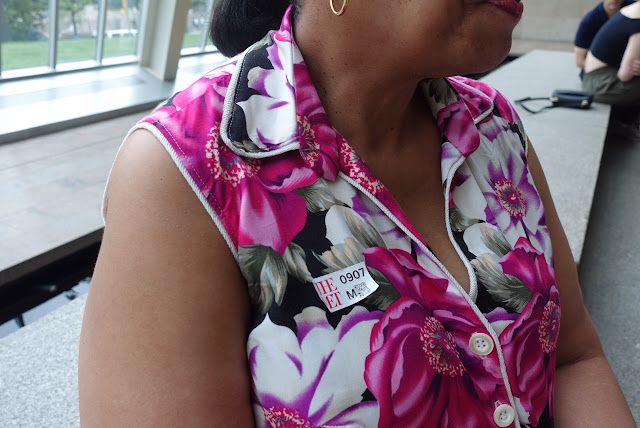 Not really thrilled with my collar but I'm living with it 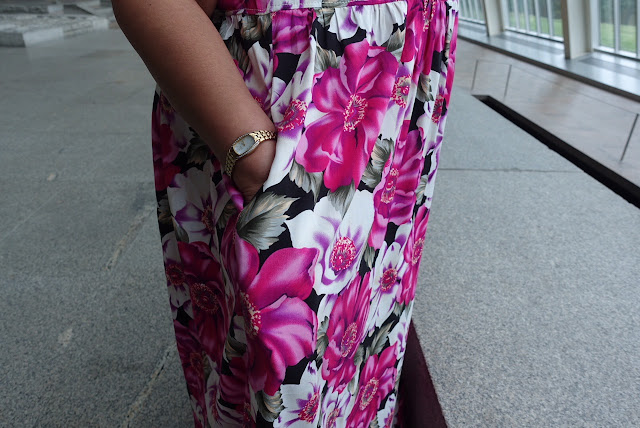 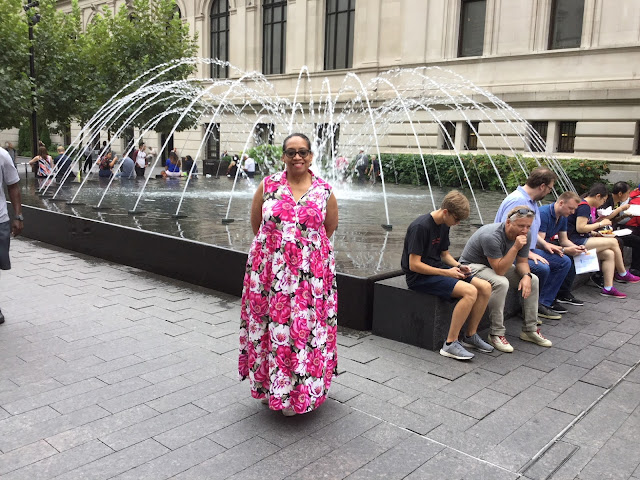 In front of the fountains out front 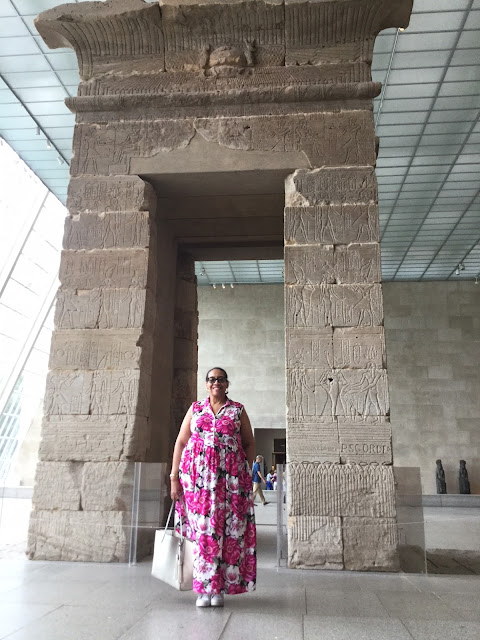 By the Temple of Dendur 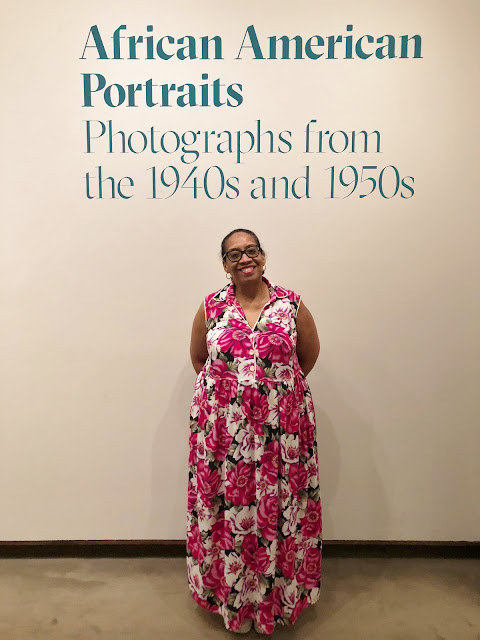 Conclusion ~
The best thing about a sewist taking your pictures is the attention to detail. I love the close up shots Tasha took of my dress. This version is bold (very bold) due to my fabric choice. I received quite a few compliments while I was waiting for Tasha to arrive. It also wears differently than the first two. It has the looser fit that's all over the internet not the closer fit my cotton & denim versions have.

I won't make another one of these before next spring though I love the way this style of dress wears. I have a few other things I want to sew and fall is looming. I'm starting to get the urge to sew shirts and jackets again so you know there must be a chill in the air! *LOL*

Tasha - thanks for spending the day with me...it was sooo much fun but most especially thanks for the amazing pictures! 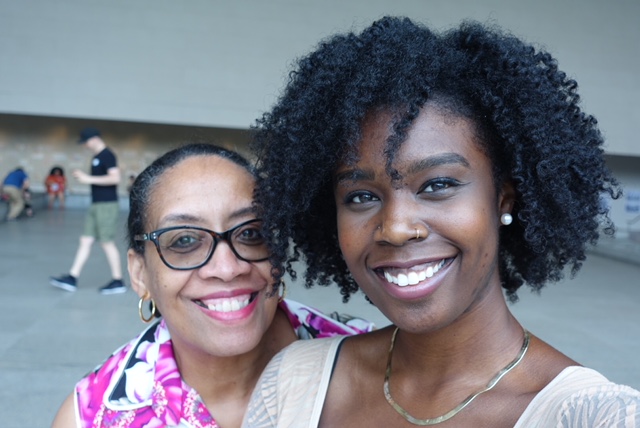 More National Sewing Month blog posts will be up soon!