Stripes can be border prints too!

Well at least in the Fabric Mart universe they can be! 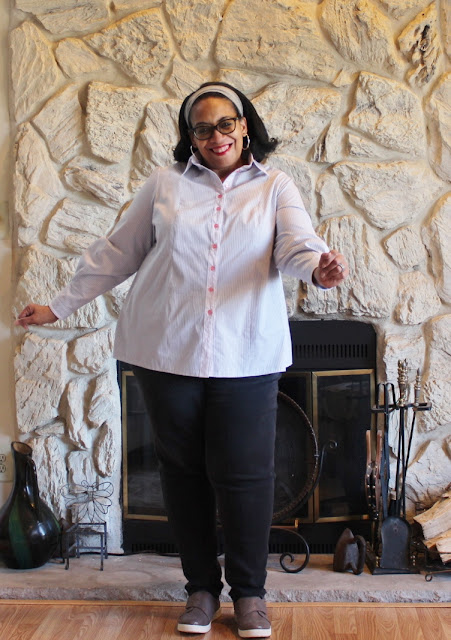 I bought this fabric from FM after #carriagecornersewcamp last March. It wasn't on the site when we were there but it caught the eagle eye of Nakisha from Dressmaking Debacles at the time and she let us know when it appeared on the site. She made an amazing shirt from it.  I bought some too but it sat during the summer while I made other things.

For some reason I didn't take a picture of this fabric before I washed or cut it apart to make my shirt. Though Nakisha's version is a true representation of how the fabric is made and shows the stripes much better than my pics do.  As I said my fabric was cut apart to work with the border print. This is the most conservative version of my Border Print shirts. 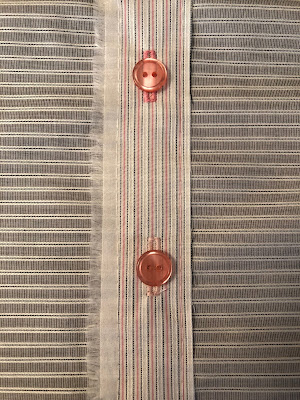 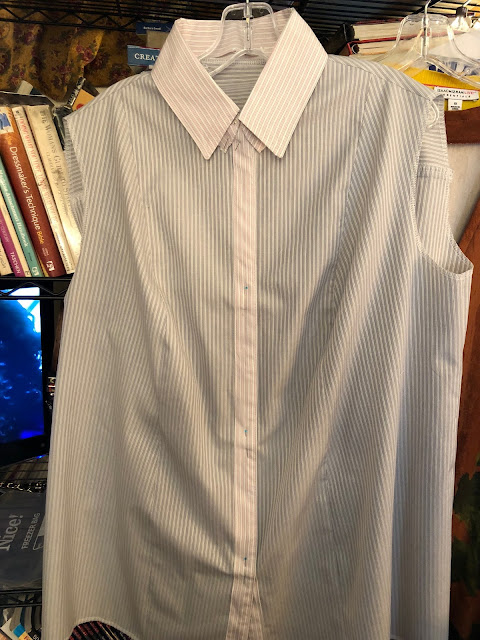 I included a few construction photos so you could see the stripes and how the border print was used. Especially since the stripes seem to be washed out in my final pictures. I know I probably should have retaken them but honestly this was garment number six that I'd photographed and at that point I was done. I'm sure y'all will get the gist of my shirt. 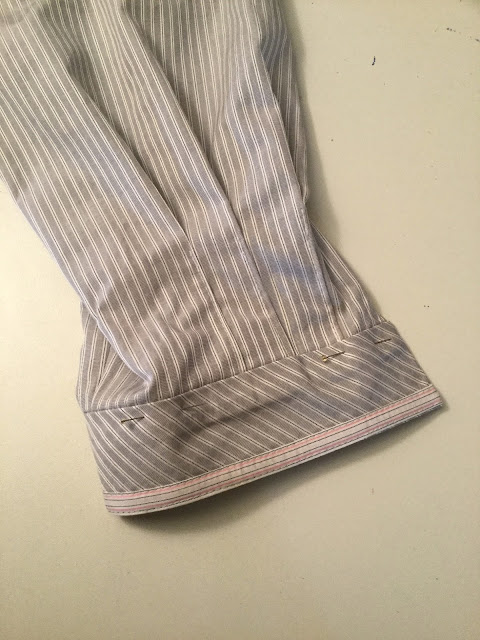 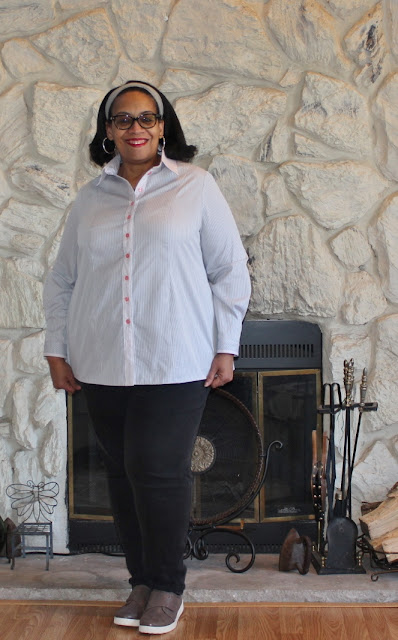 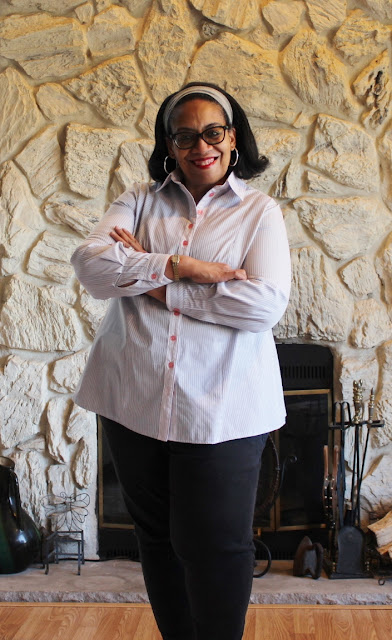 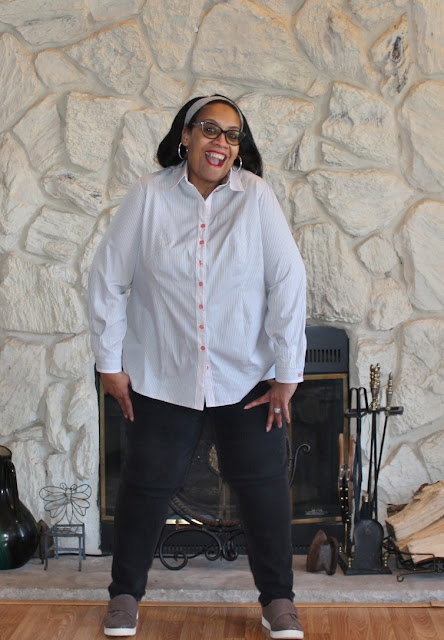 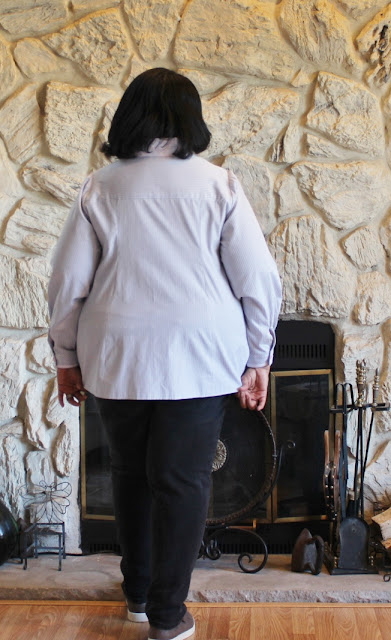 Conclusion ~
This was a unique piece of shirting and the striped border was very small compared to the rest of the fabric. However, there was enough to add contrast to the shirt, so that's how I used it. This is the last shirt in "The Border Print Series" and I'm glad I concluded it by using a more classic-type shirt fabric.

It was shirt Number 16 for 2018 and my last garment for the year. This also catches me up on blogging about last years garments.  I have a few remaining pieces from January that will also show up in February.