It's June and I promised myself that once spring arrived I would work on making my Winter Sewing Room (which I'm now just calling the Sewing Room) and Resource Center function better for me. While I've stored away 90% of my fabric, and all of my buttons and bindings, the extra patterns have remained in boxes and garbage bags for the last 8 months. Well all except my TNT patterns and newly purchased ones.

So to make my sewing spaces perform better, I needed to purchase more stuff.  I've dragged my feet because it's not only buying, it's assembling since nothing comes prebuilt anymore. I have many skills, assembling furniture isn't one of them. While I looked at things to buy, I also looked for someone to assemble them.

That's what's taken so long...getting furniture purchased, delivered, assembled and placed. Oh and my stubbornness because I refused to purchase items from IKEA if they don't deliver to my address...and so much wasn't available to be delivered to MY home address.

A few reasons why I've decided to keep the sewing space downstairs: 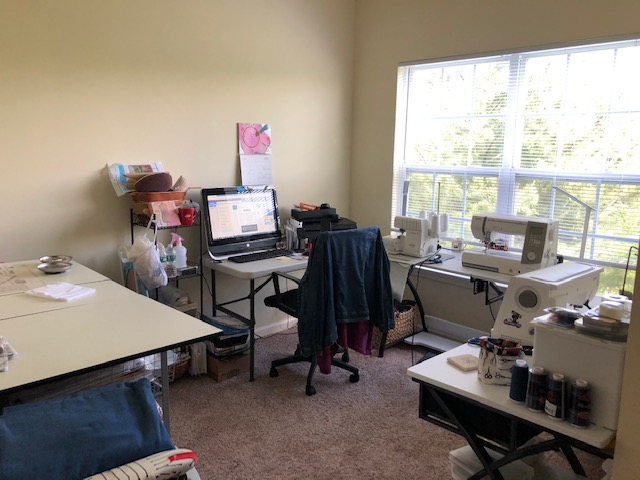 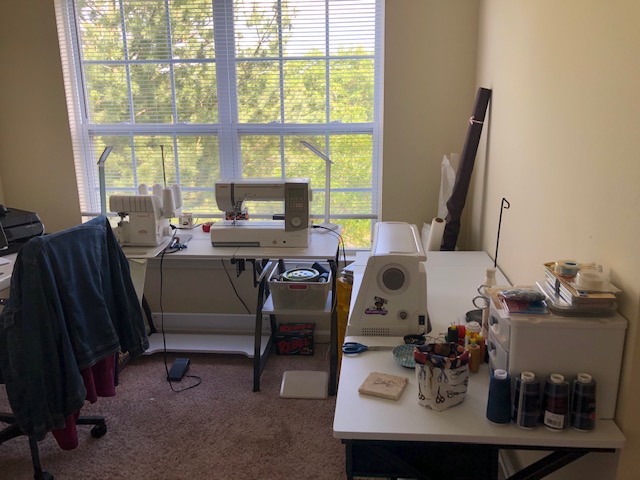 These pictures are after I've moved the sewing tables and all of the sewing machines downstairs. This brings me such joy that all I do is cut, sew and compute in this room.

I've purchased the shelving and the totes to make everything orderly and functional. I also have curtains to hang. I've just been dragging my feet about hiring someone to finish these last installs.

As previously mentioned, the Loft will now function as a "Resource Center". 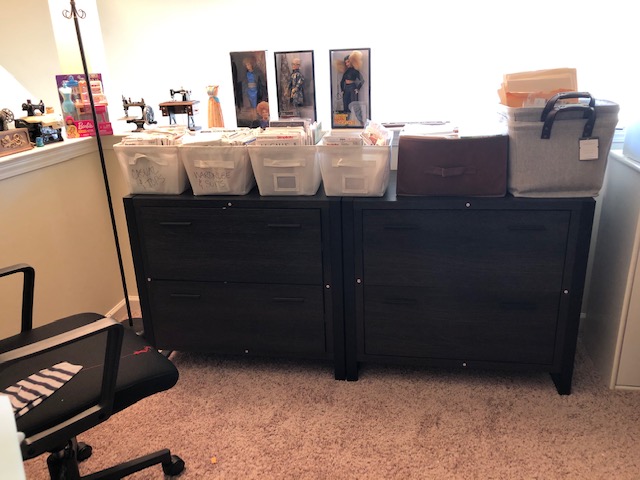 The first set of filing cabinets have been built, carried to the Loft and stuffed with the patterns that had no home and were just hanging out in boxes and bags. I still have one more filing cabinet and small bookcase to be built to add to the other wall.  That should give me more than enough room for future pattern growth.

This is the other side of the loft right now... 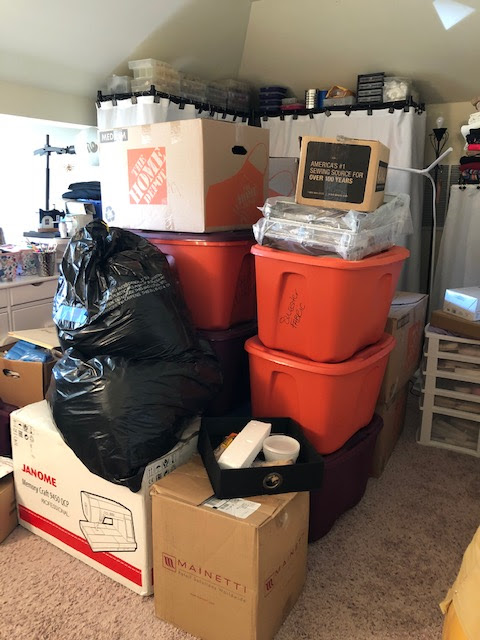 There are seven bins of fabric here that have to be dealt with and I'm undecided about them.  It's mostly coating fabric in these bins and I'm trying to decide whether to put them in storage or what?  Once they're handled and a few more pieces moved around, I should be fine.

I also want to set up an area to take photos when my daughter is unavailable. But that's a whole 'nother set of purchases I'm not ready to make yet. I know I'm investing in my sewing situation but this last year has been all about purchasing things so it will wait a minute, especially since June is here and I can shoot outside for awhile.

A few photos from Sewing Rooms past and not in the so distant pass... 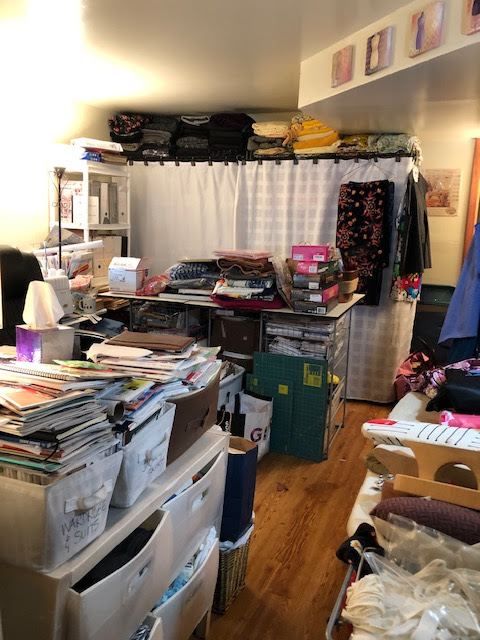 The Sewing Cave as it looked right before I packed it up! 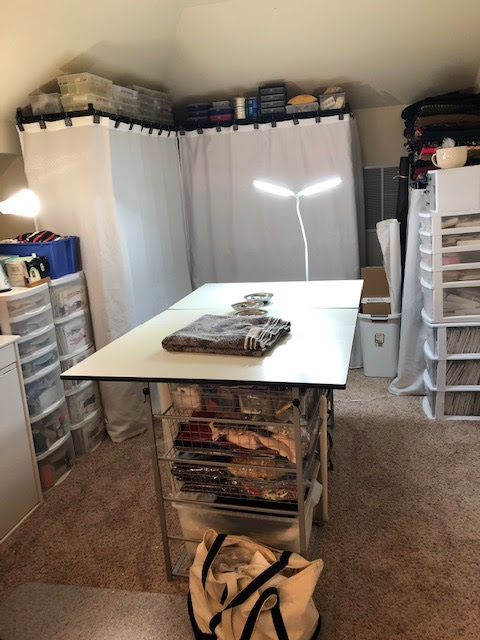 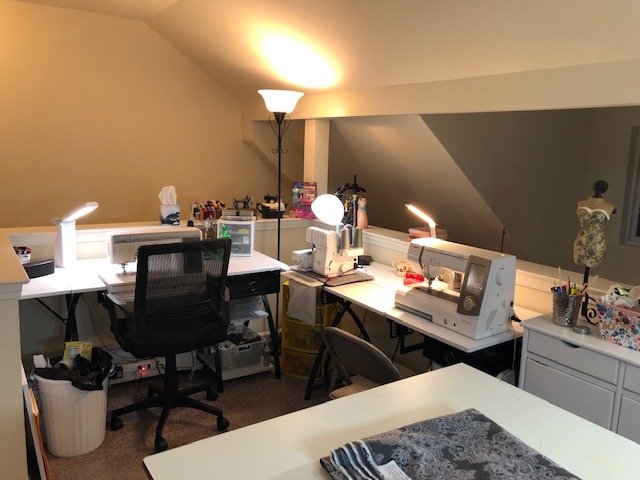 The Sewing Loft when I thought I could sew in it...
BTW, I just received my notice of lease renewal.  It's been almost a year since I moved in. I laughed out loud when the Leasing Center asked if I wanted to move out. Hell, all of my stuff isn't unpacked yet...so noooooooo!

Posted by Carolyn (Diary of a Sewing Fanatic) at 3:10 PM