I thought I would update everyone so that you would know that I hadn't fallen off the face of the earth!  Because I am sooooooo much better at packing than unpacking...it has been going rather slowly.  Like one box a night slowly!

Because there is so much to unpack and I'm a little overwhelmed by seeing/touching/feeling all of what I own...y'know ignorance really is bliss...that I end up stopping and contemplating the contents of each box.  Whereas when I packed the box it was more like throw it in, make it safe and keep it moving, y'know?!  Anyway the sewing machines and of course the computer are set up now. 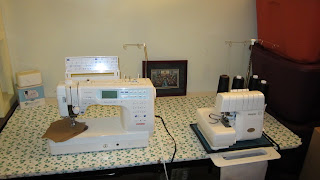 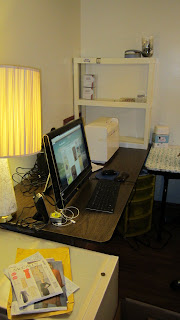 My mojo has fled...probably because it doesn't want to be involved in unpacking any boxes! *LOL*  I'm sure it will be back once everything is settled.  Just wanted to give an update...