I found this dress on the St. John website... 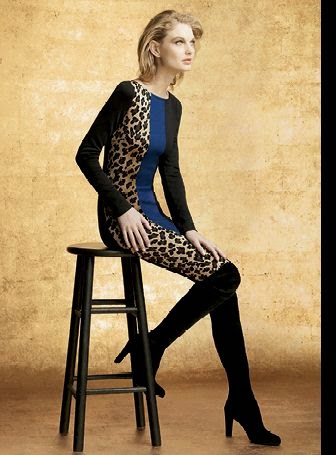 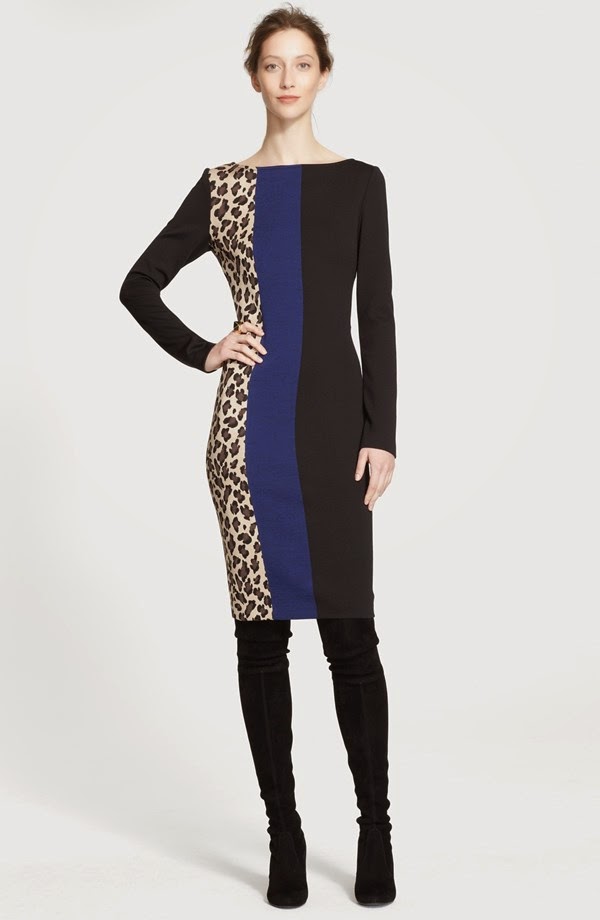 ...and I knew it was perfect for some of the larger ponte remnants I have hanging about.  I've been collecting them to make Miss Lena leggings but some are quite large...so it was just a matter of coming up with a combination that I liked.

I'm not an animal print girl so I was never going to "copy" this exactly.  Here is the fabric combo I'm using... 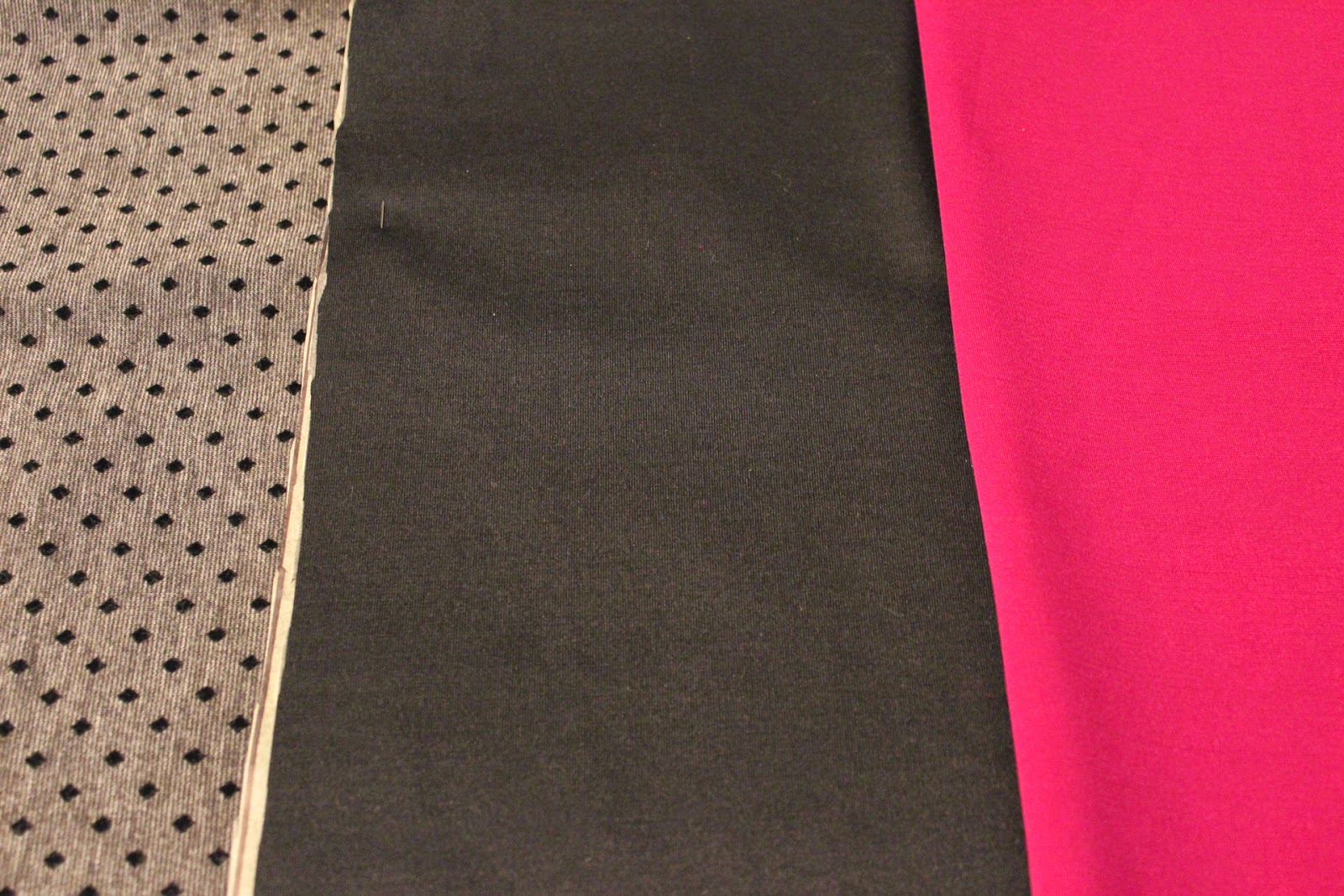 ...not quite as exotic but it will work for my lifestyle. The St. John dress is primarily black, however, mine will be primarily berry. I wanted a more colorful version of this dress than the original. Plus I just really liked the combo above because it's unexpected.

Pattern Alterations ~
I started with the version of my TNT dress last used for my #fatquarterchallenge dress. 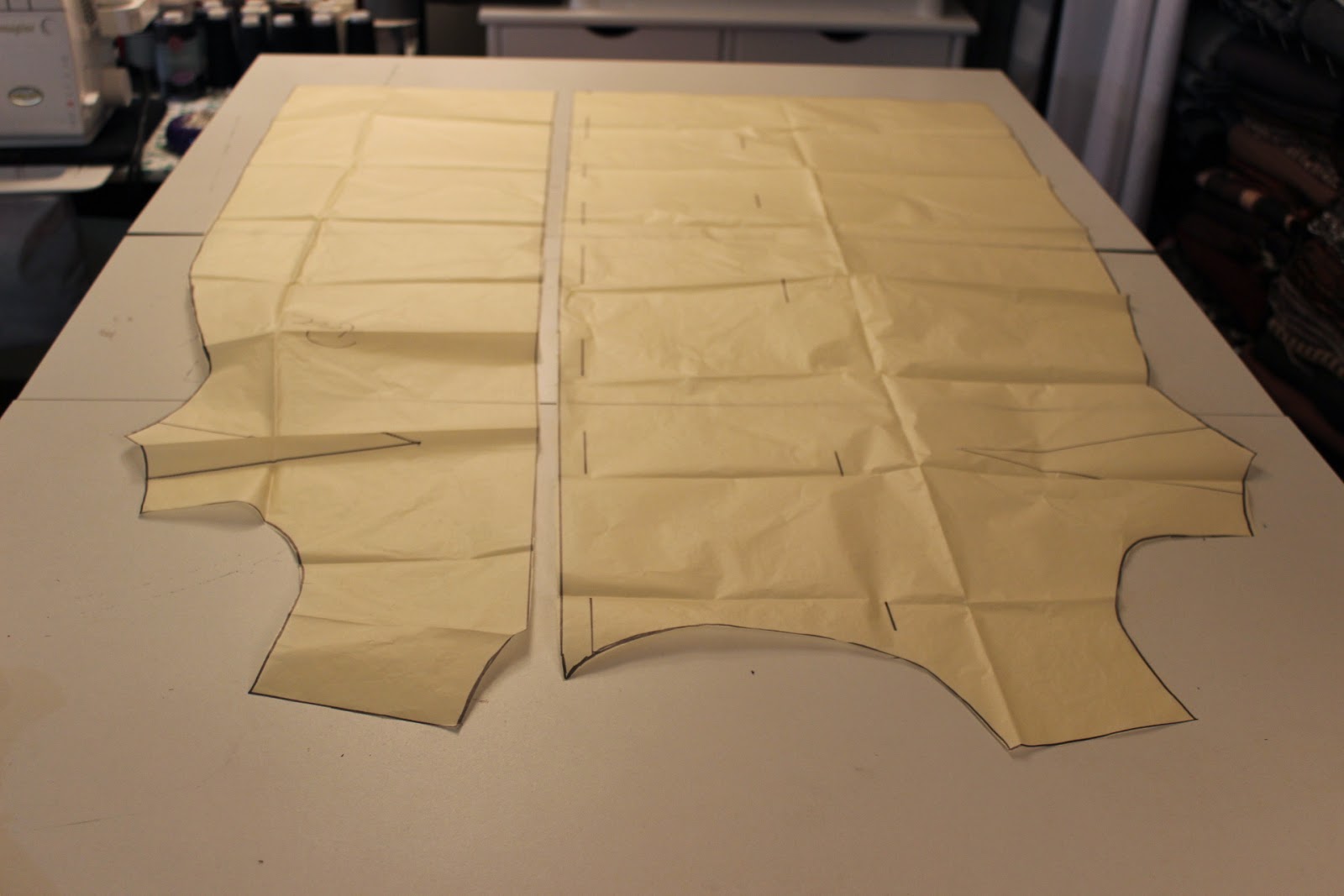 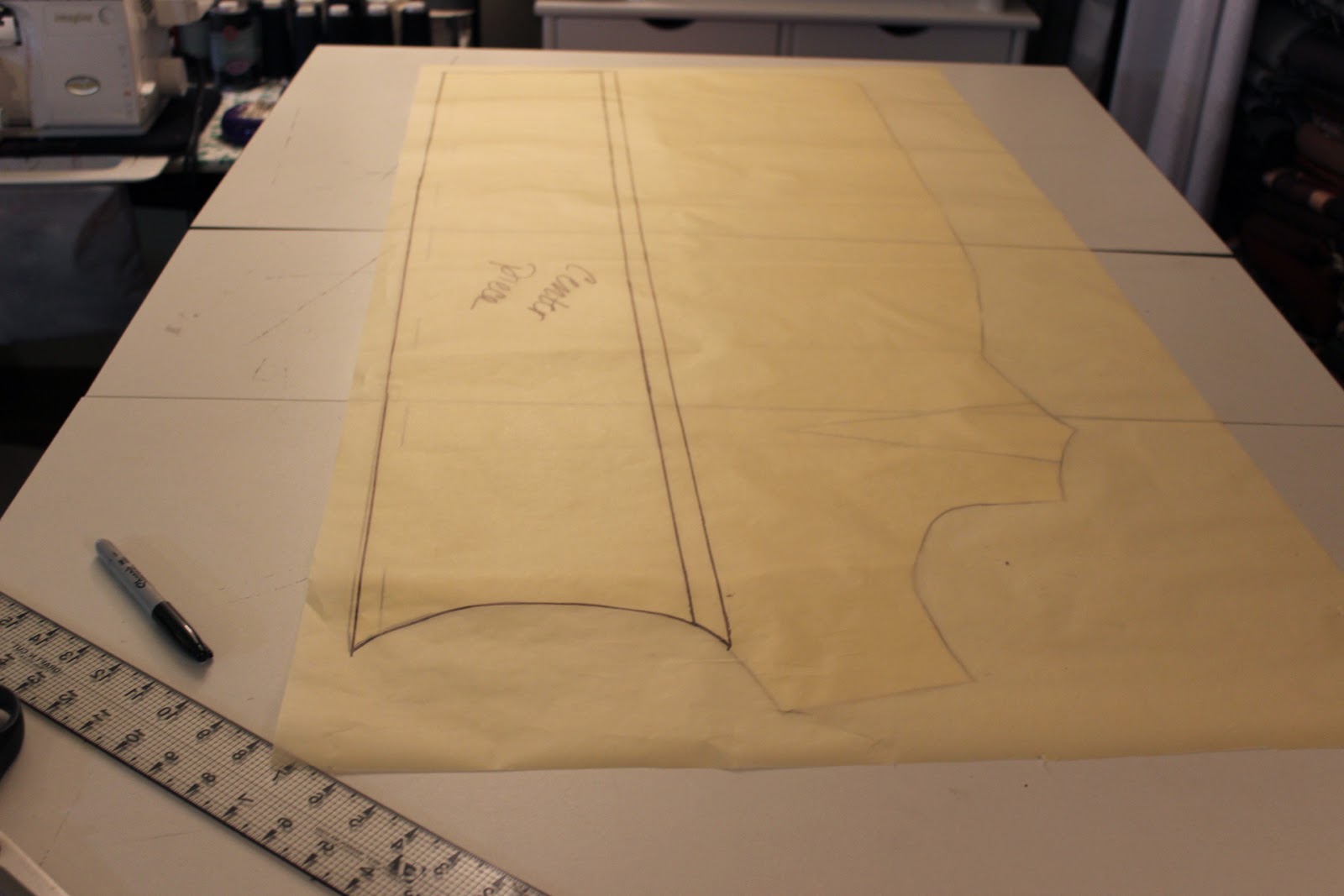 The larger side front piece with tracing paper over it to trace off the center piece. Deciding how to portion off the pieces was arbitrary. I guessed what looked proportional to me and then measured down - making sure that I used the same amount at the top, middle and bottom of the piece.  Then I added a 5/8" seam allowance. 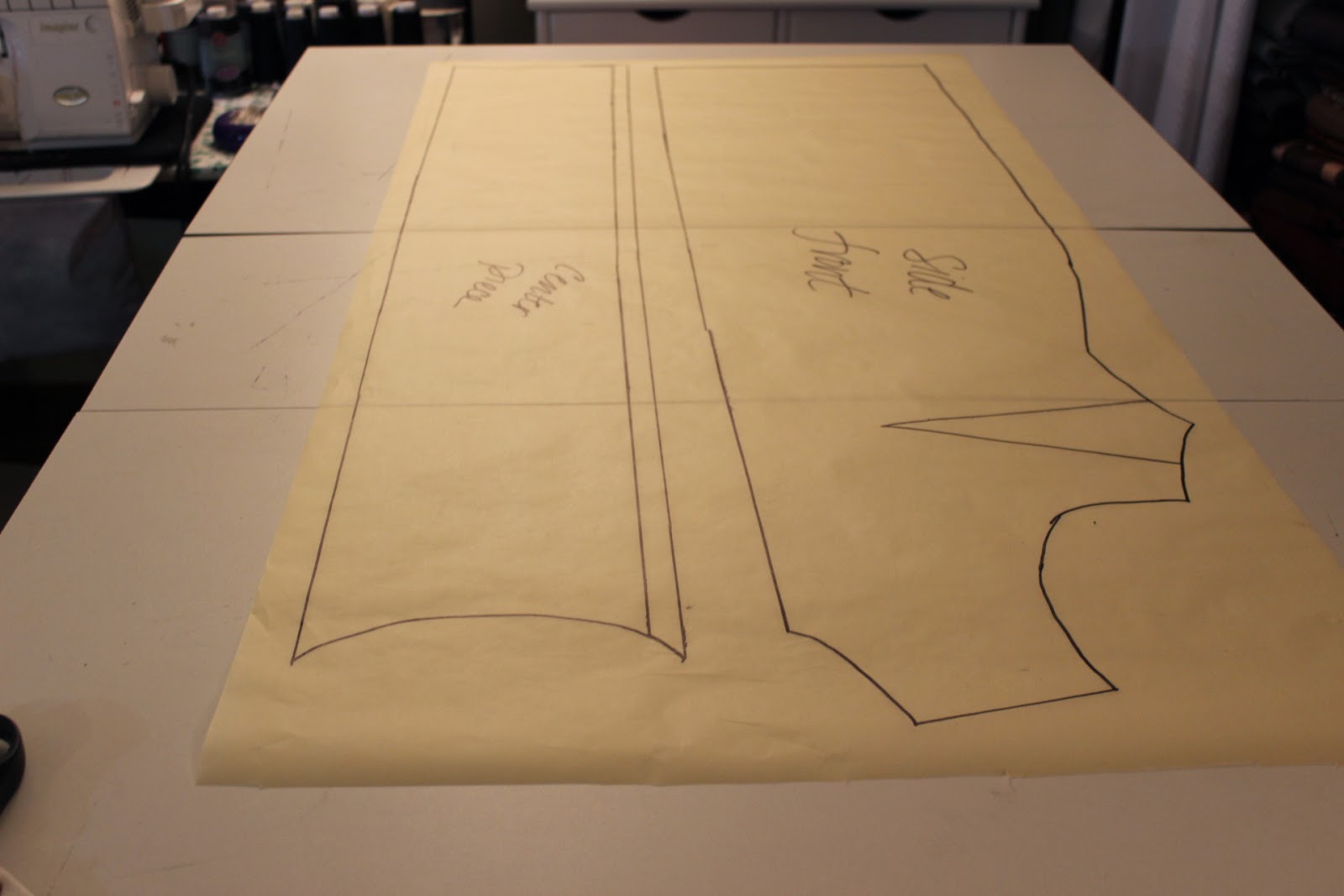 Then the third piece of the front was traced off. Again a 5/8" seam allowance was added to the side. 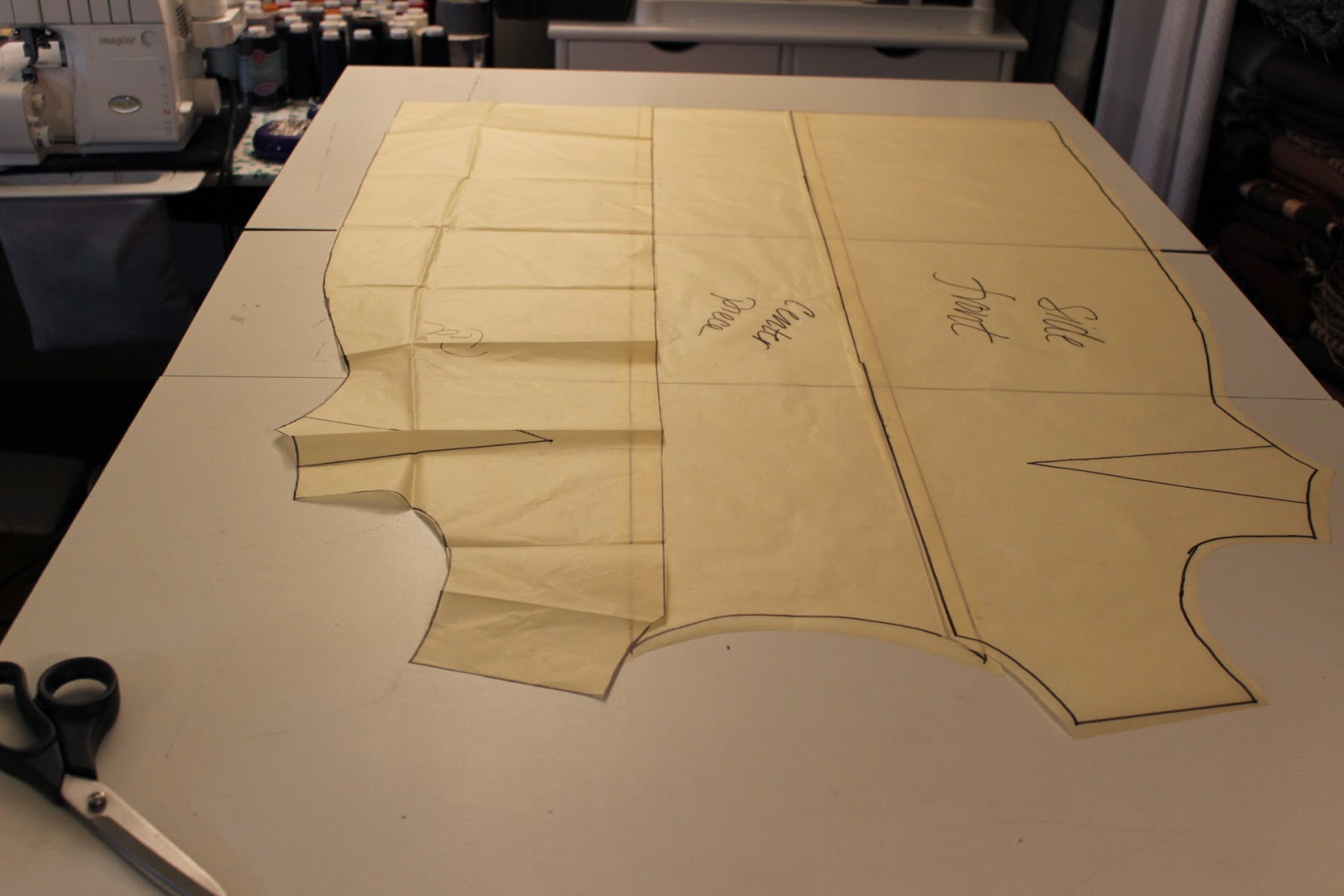 The two new pieces plus the original side piece where placed with the 5/8" seam allowances on top of each other to make sure the pattern pieces went together properly. 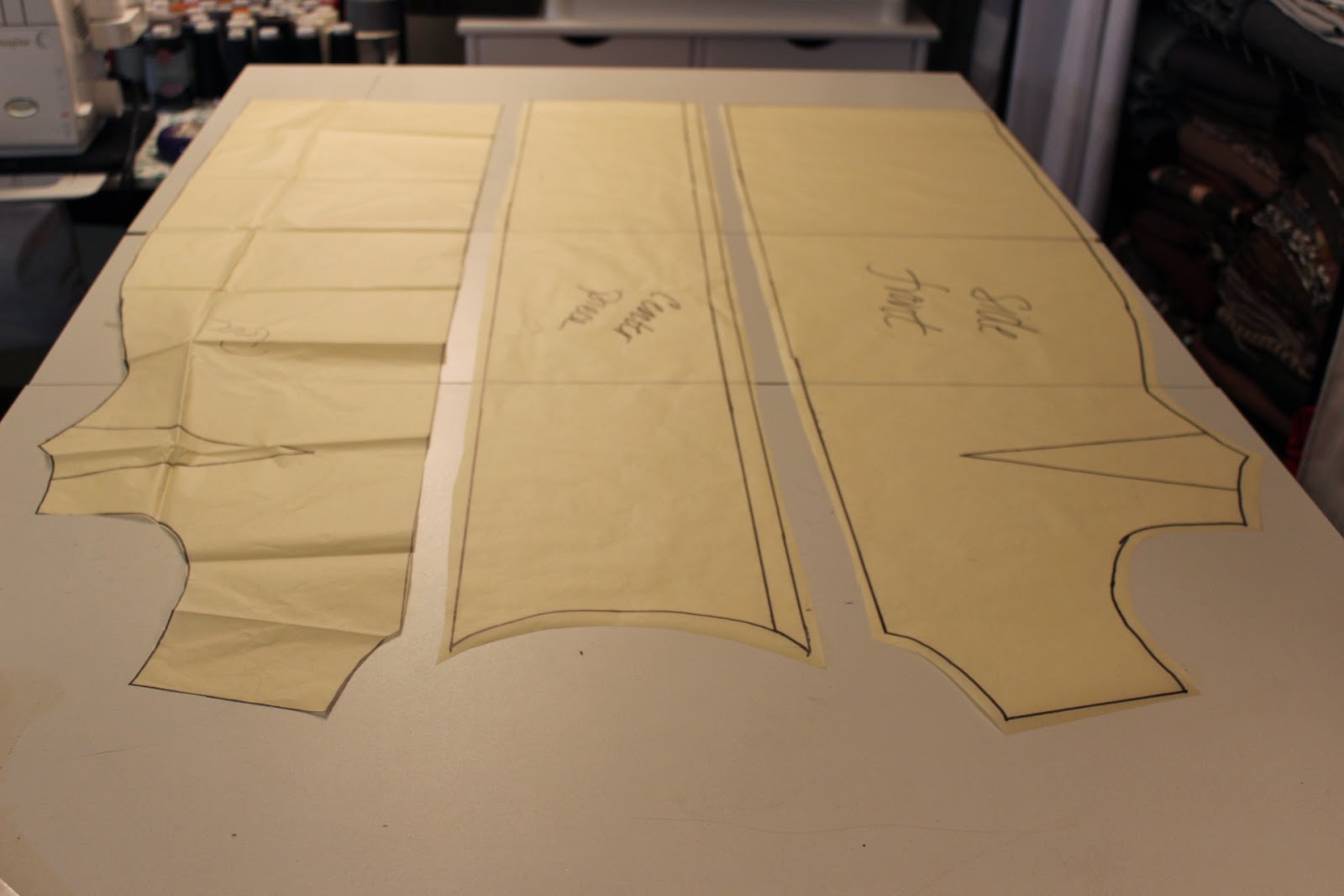 Front pieces fanned out and ready to be placed on the fabric to be cut out. These alterations were simple and I finished them in an hour.

Cutting the Fabric ~
I was worried that I was going to have problems making sure that the fabric worked the way that I wanted but since the back is a solid berry color, I think I will be fine.

I used the four piece dress back patterns that I've been using lately to get a better back fit. I really think that this is going to become my standard back now because it just works for my body and gives me a great fit.

...and that is as far as I got this evening because when I went to thread my serger it got all testy on me!  The nerve of it right?! *LOL* So I walked away and left it. Now I know that I don't need to serge finish the ponte knit because it won't ravel. I just like the clean finish look inside my dress. I believe it's worth the extra effort.

Time just got away from me this weekend so I'll have modeled pics of the finished dress next weekend along with pics of "The Bubble Dress" as I've taken to calling the red fabric featured in the ponte problem post.

Although I do have a sneaky peek of it on Lulu to share... 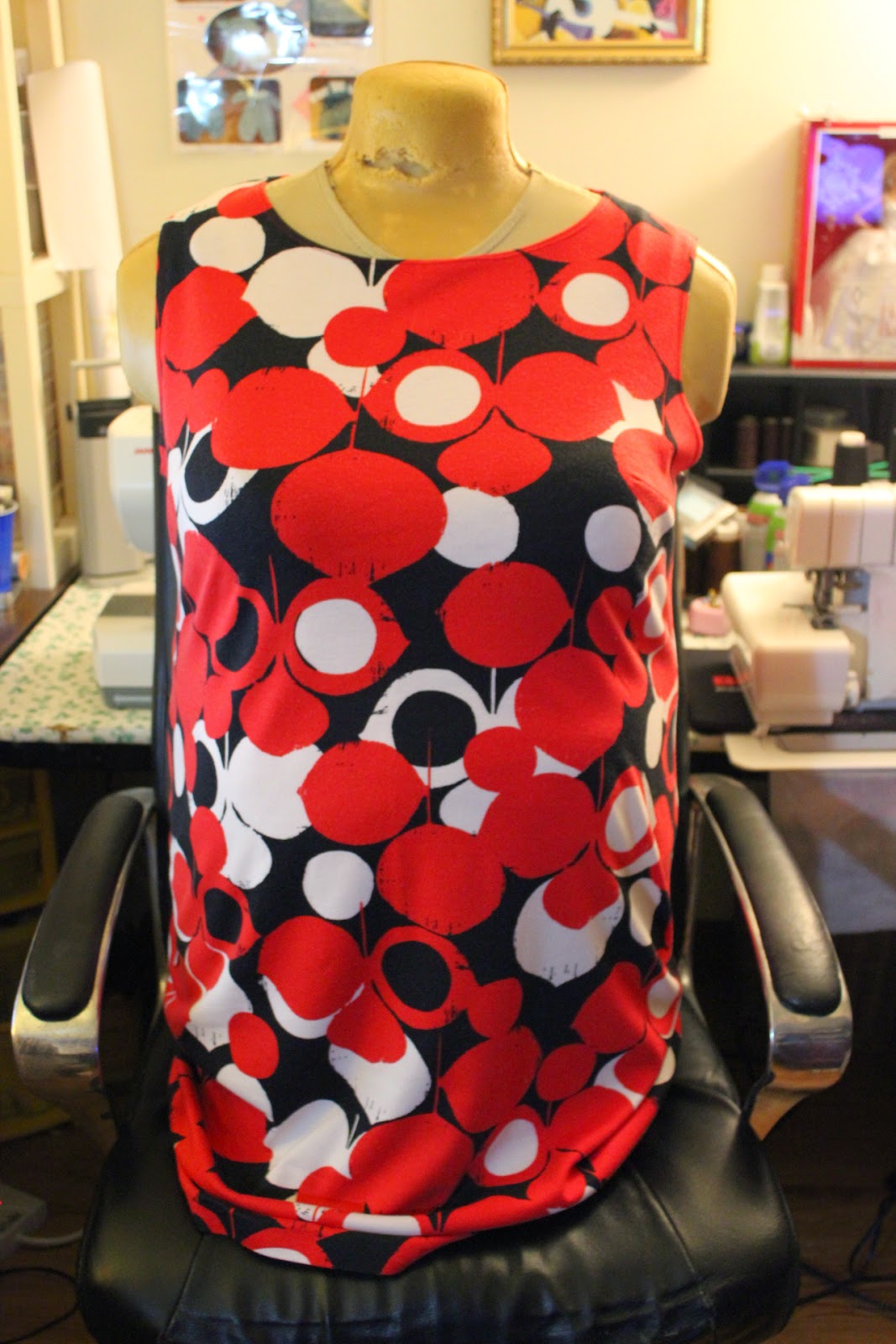