Let's start with a picture ~

This is another one of those closer fitting dresses that I'm trying to get used to although mine is not as fitted as some other versions I've seen. The pattern alterations are in this post and the inspiration for the dress in this one.

Fabric ~
The dress is made from ponte fabric all from Fabric Mart.  The print has been in the collection for at least two years possibly three.

Construction Details ~
I used the D Cup pattern pieces for the dress front. However for my next version, I think I'm only going to remove 1/2" from the inch I added to the center front piece.  The front seams are just a smidge past my bust points...not something noticeable but something I notice when I'm wearing the dress.

Following the inspiration dress, I colorblocked the back of the dress and for the zipper insertion, I added fusible interfacing to the center back seam. 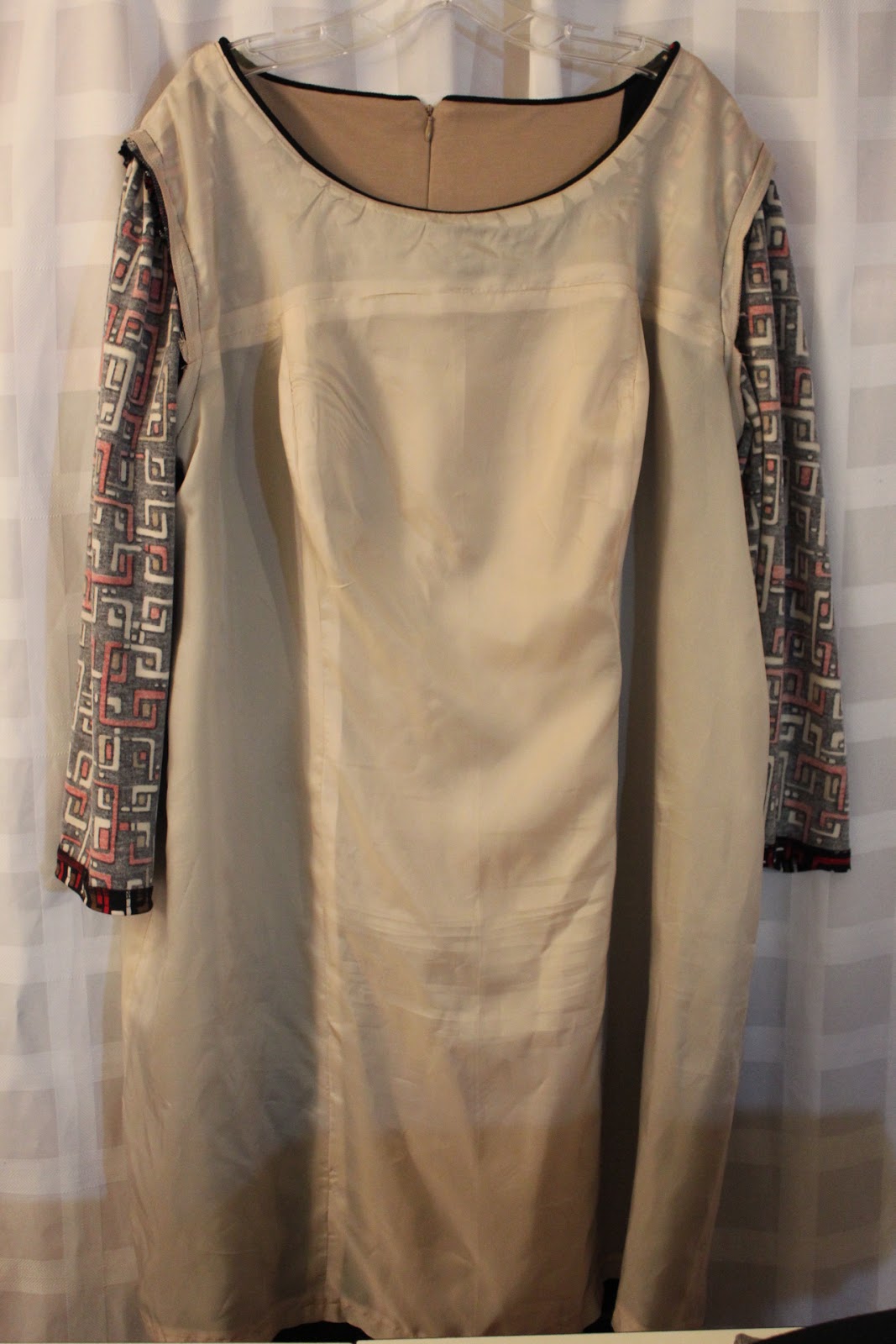 I added a lining to the body of the dress although the pattern doesn't suggest it. I would have only worn a slip with it so for convenience sake I lined it. I did use a rayon bemberg lining with the ponte. I've used this lining before and have never had an issue with it. So I went with what's worked for me before.

Black piping was also added to the neckline. I like how this adds a finishing touch to the dress front...however, I did stretch the neckline out on the dress front. I think it happened during the week I allowed the dress to hang. I needed to make some adjustments to the lining to make it work.

The sleeve hems were topstitched down while the hemline of the dress has stitch witchery in it to finish the hem. I went back and forth over whether to topstitch the hem or handstitch it. Finally I decided that the stitch witchery was a cleaner finish.

A few more pictures of the dress ~ 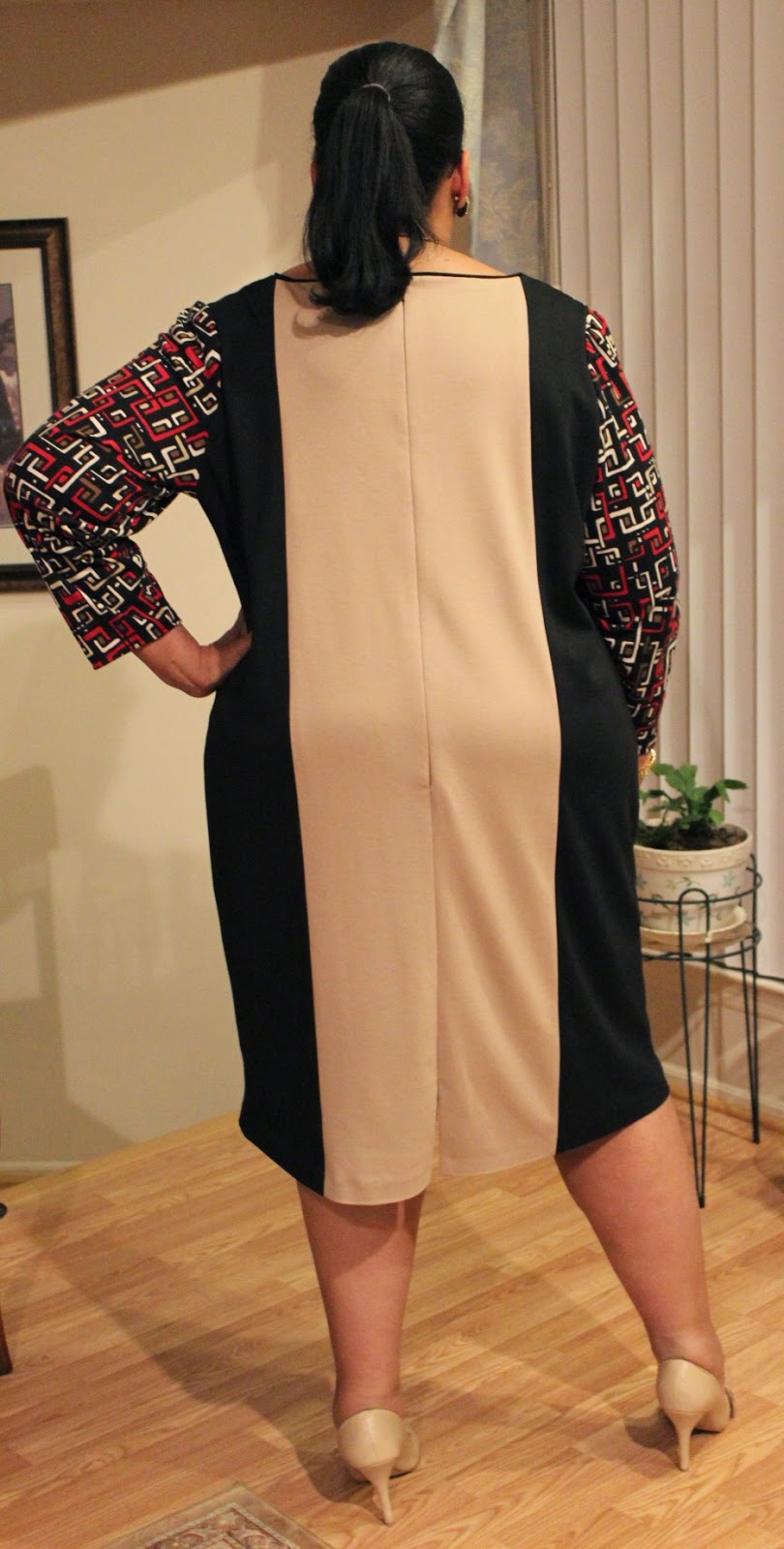 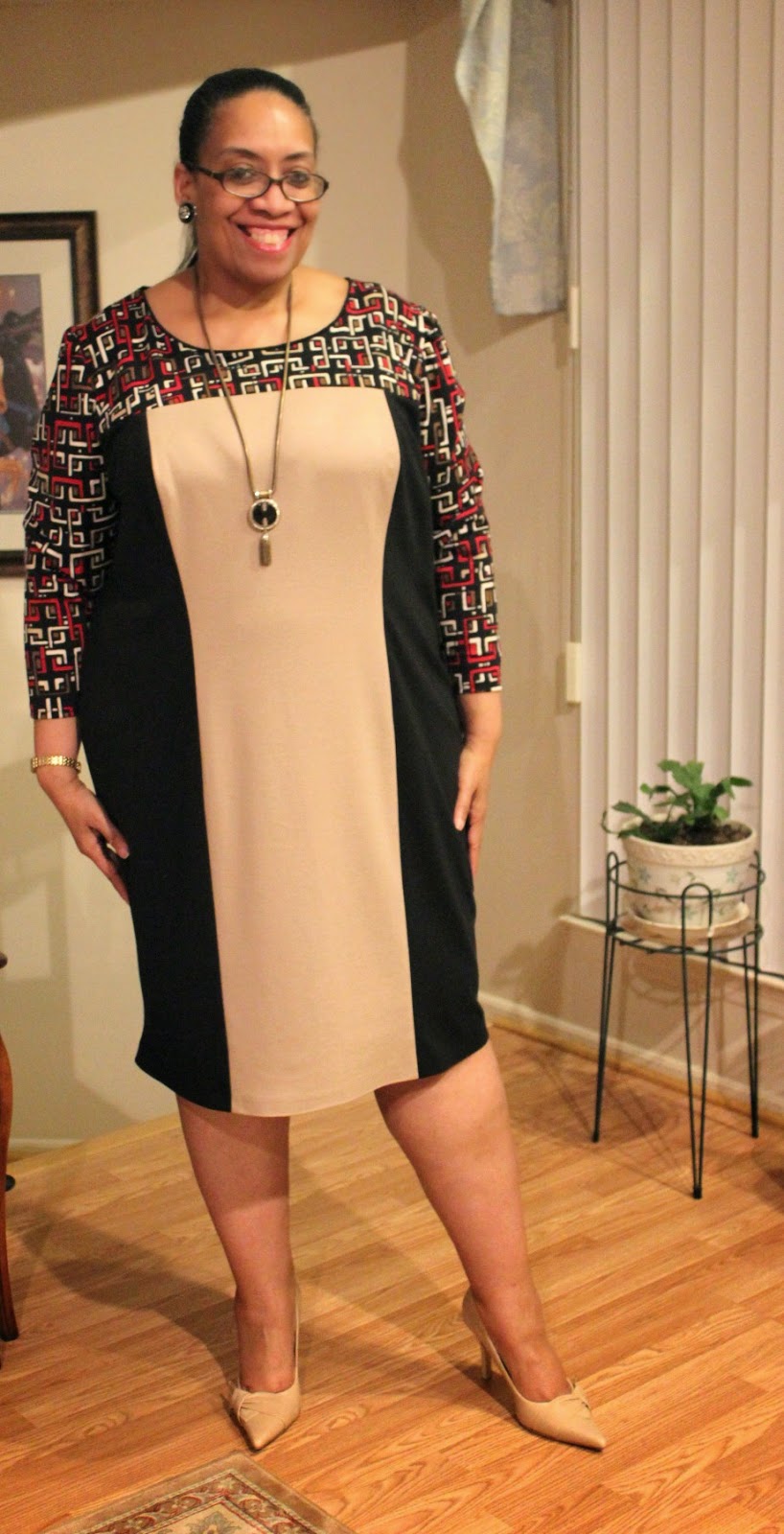 I've included this one because my daughter
likes it ~ me I'm not so sure!

These were taken in the house in the evening.  I can definitely tell the difference between these and some outside shots we did earlier in the day. However, I'm trying to experiment with the lighting in the house because it's getting darker earlier & earlier and I only have the weekends to sew. It seems to limit the amount of sewing time I have...gawd I miss summer!

Anyway, I really love the dress and I'm glad that I made the ponte version first. It gave me some ideas on what I need to do for the pink wool & lace one which I've decided I want to wear to the company Holiday Party. So I've pushed it's construction back to November.

This wasn't the only sewing I did this weekend so stayed tuned for more.