I started making my Muse dress interpretation with Vogue 8805, which I've obsessed over since it was released in 2012. I've even blogged about it a couple of times here. I thought I'd have to make several alterations to the pattern but after I finally located it in the sewing cave, I saw that I'd already altered the front pattern pieces.

See even though I really wanted to make this pattern, I'd never found the "right" fabrics to emulate the Preen designer dress I admired. Since I'm never lacking for an idea to sew/create, after awhile I just moved on and totally forgot what work I'd done with the pattern. 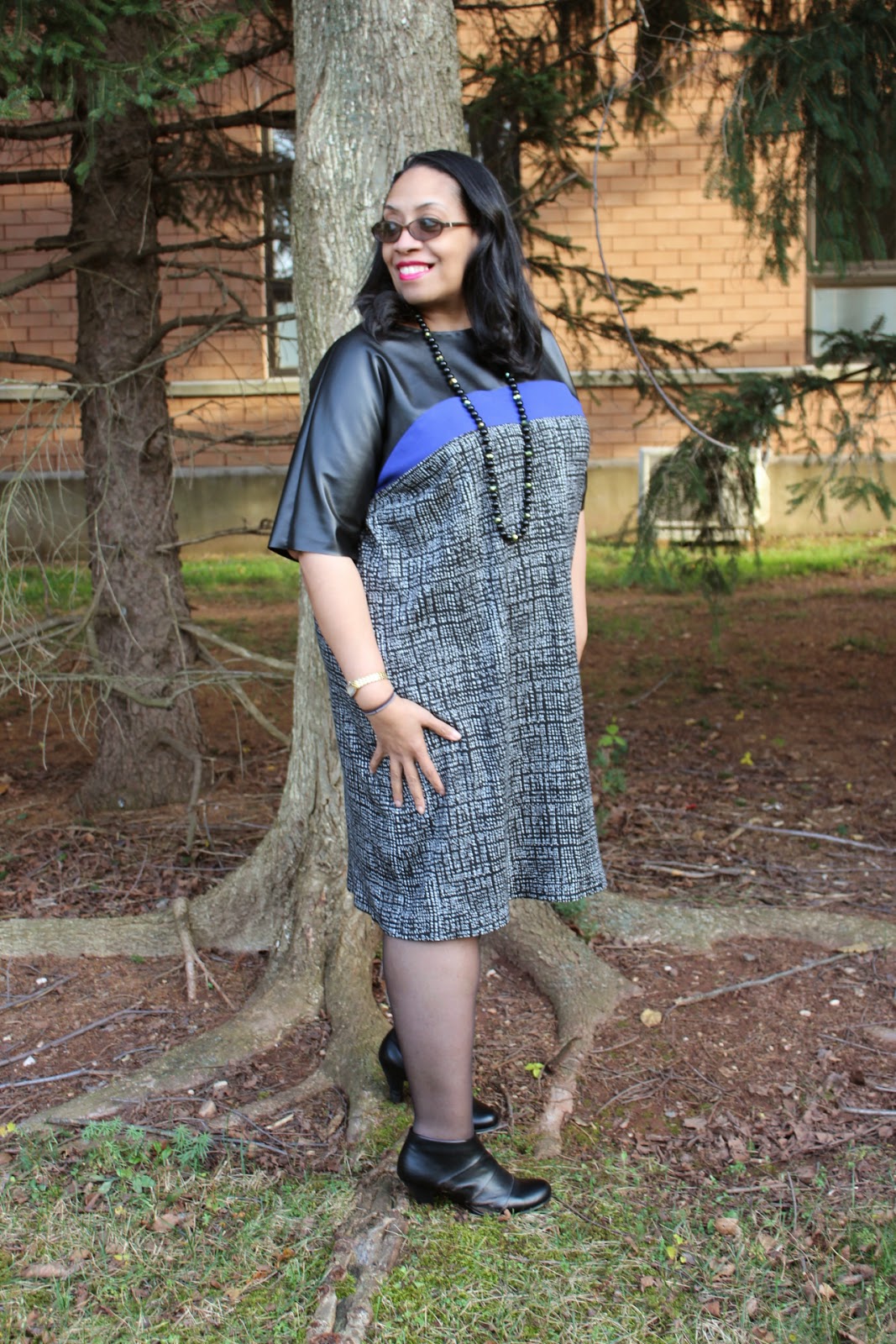 So some stats:
Fabric ~
Black pleather originally purchased from Sawyer Brook
Blue cotton ponte purchased from Mood NYC
Black 'n white cotton from the collection - I honestly don't remember where this came from. 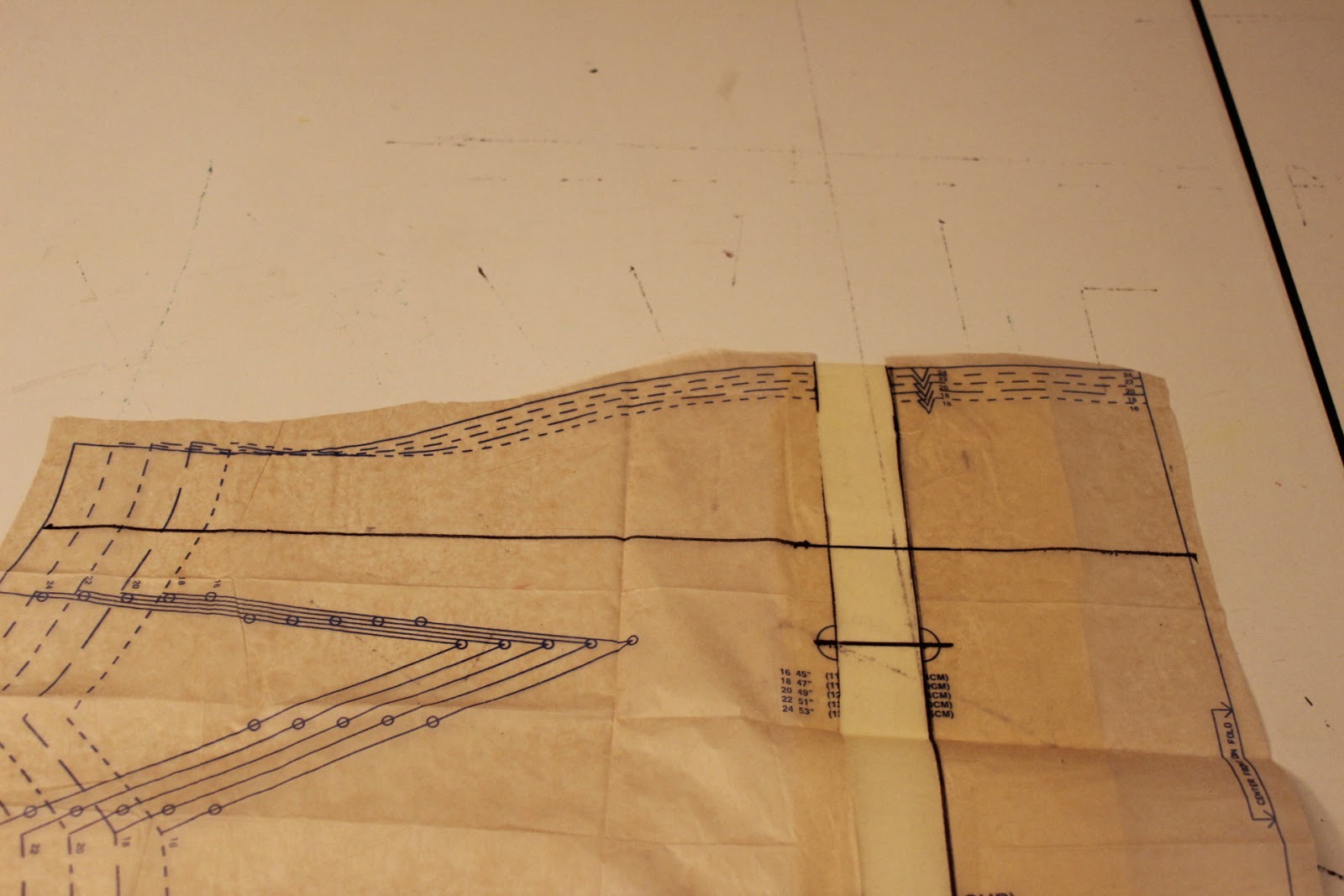 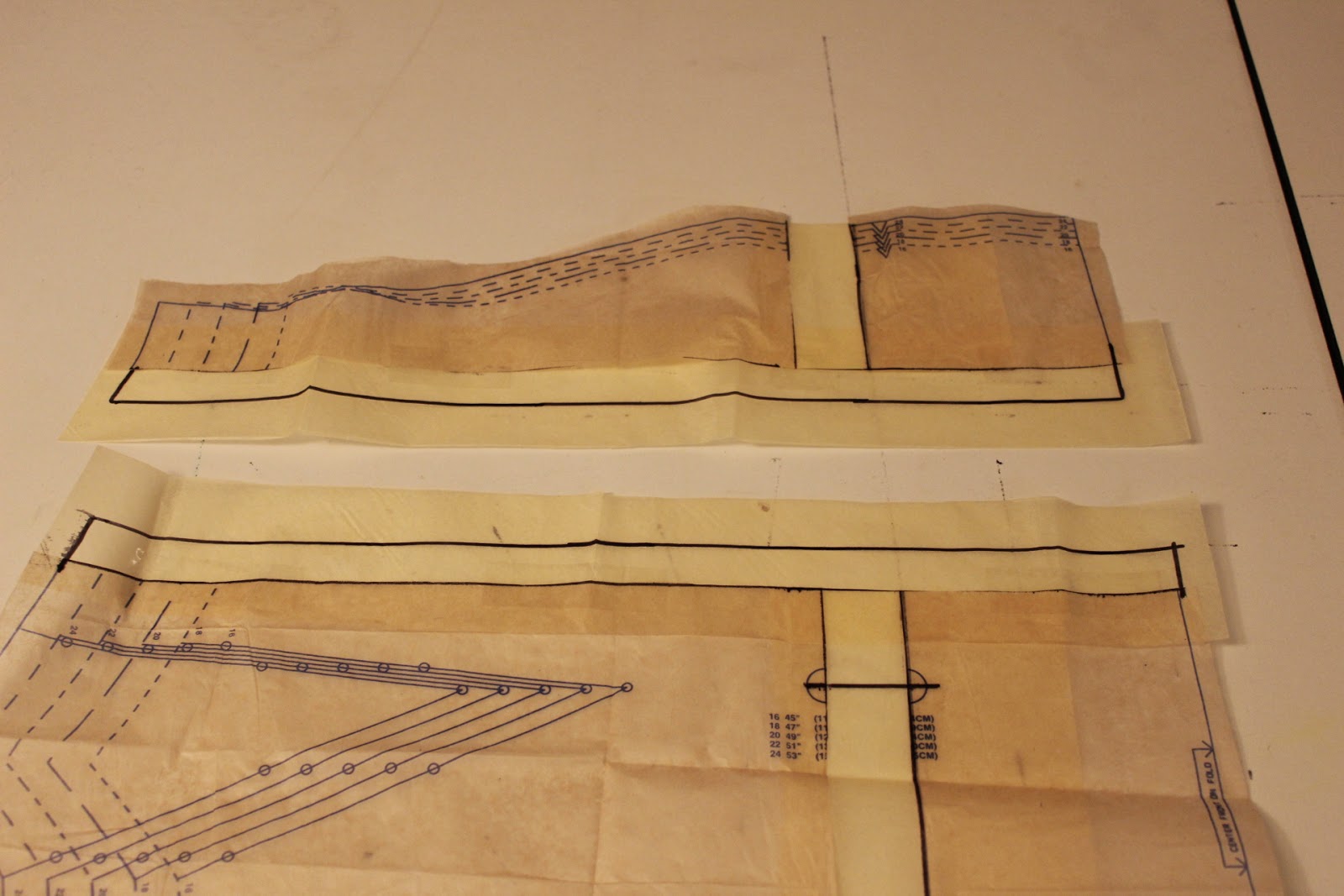 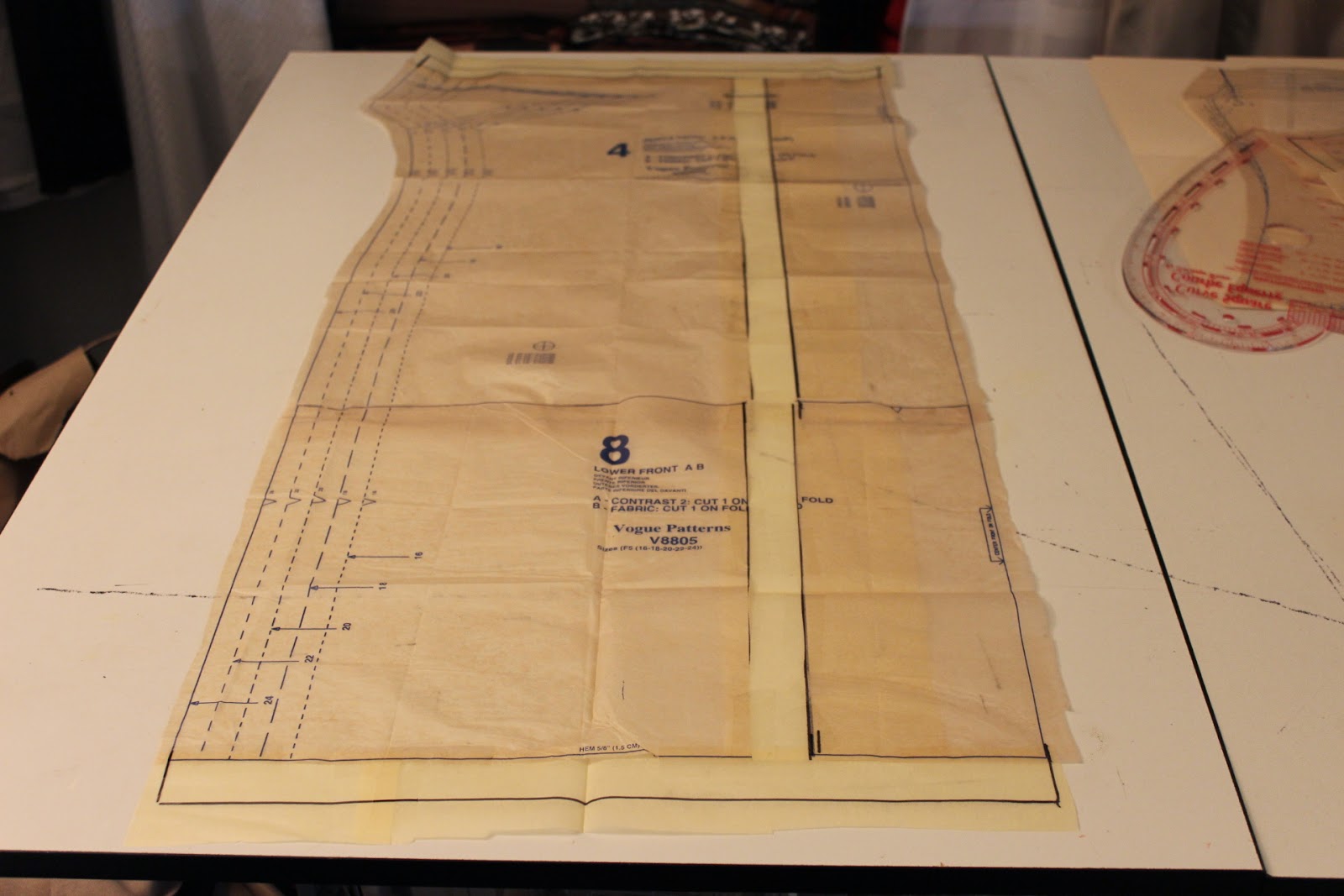 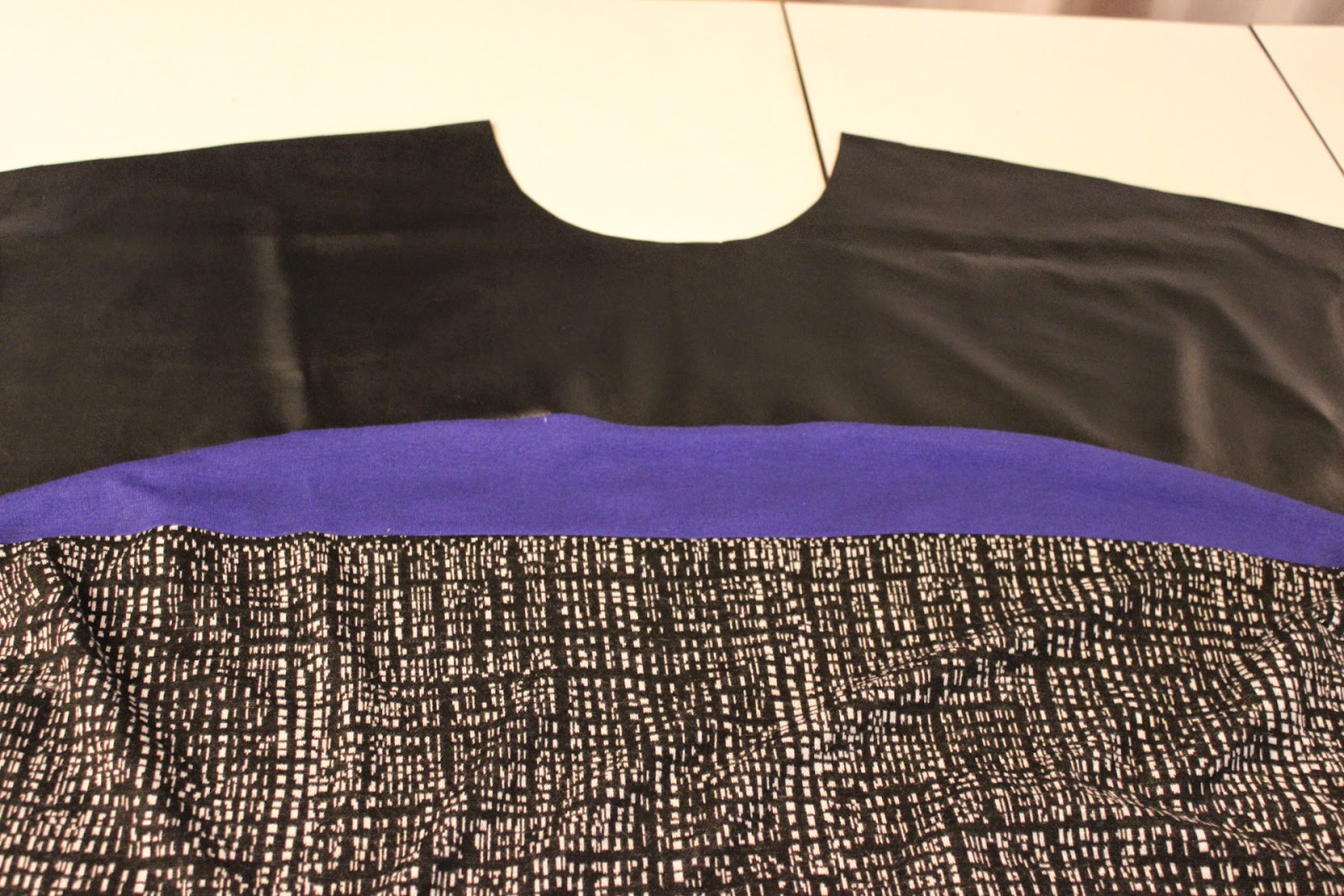 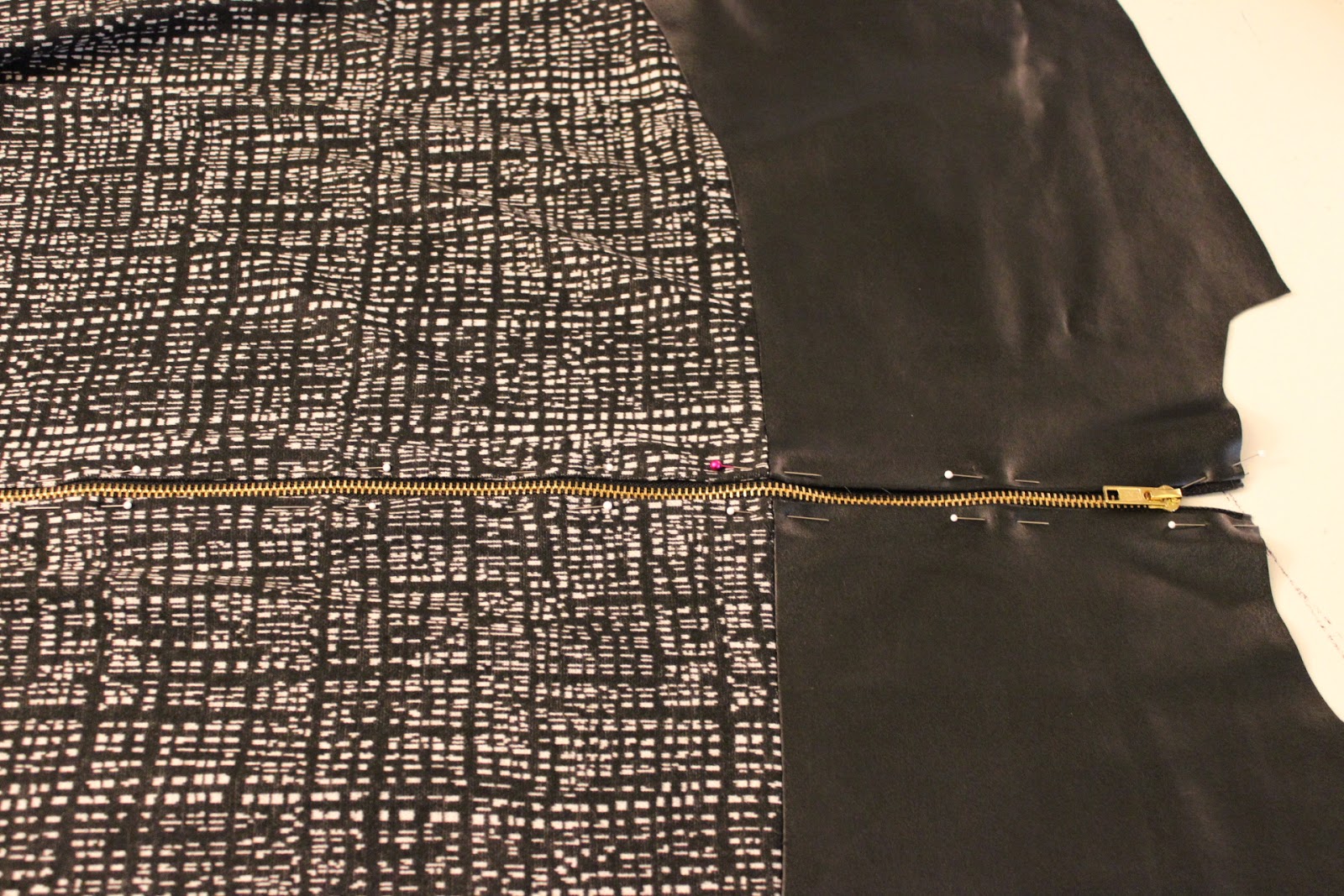 Gold zipper pinned into the dress back 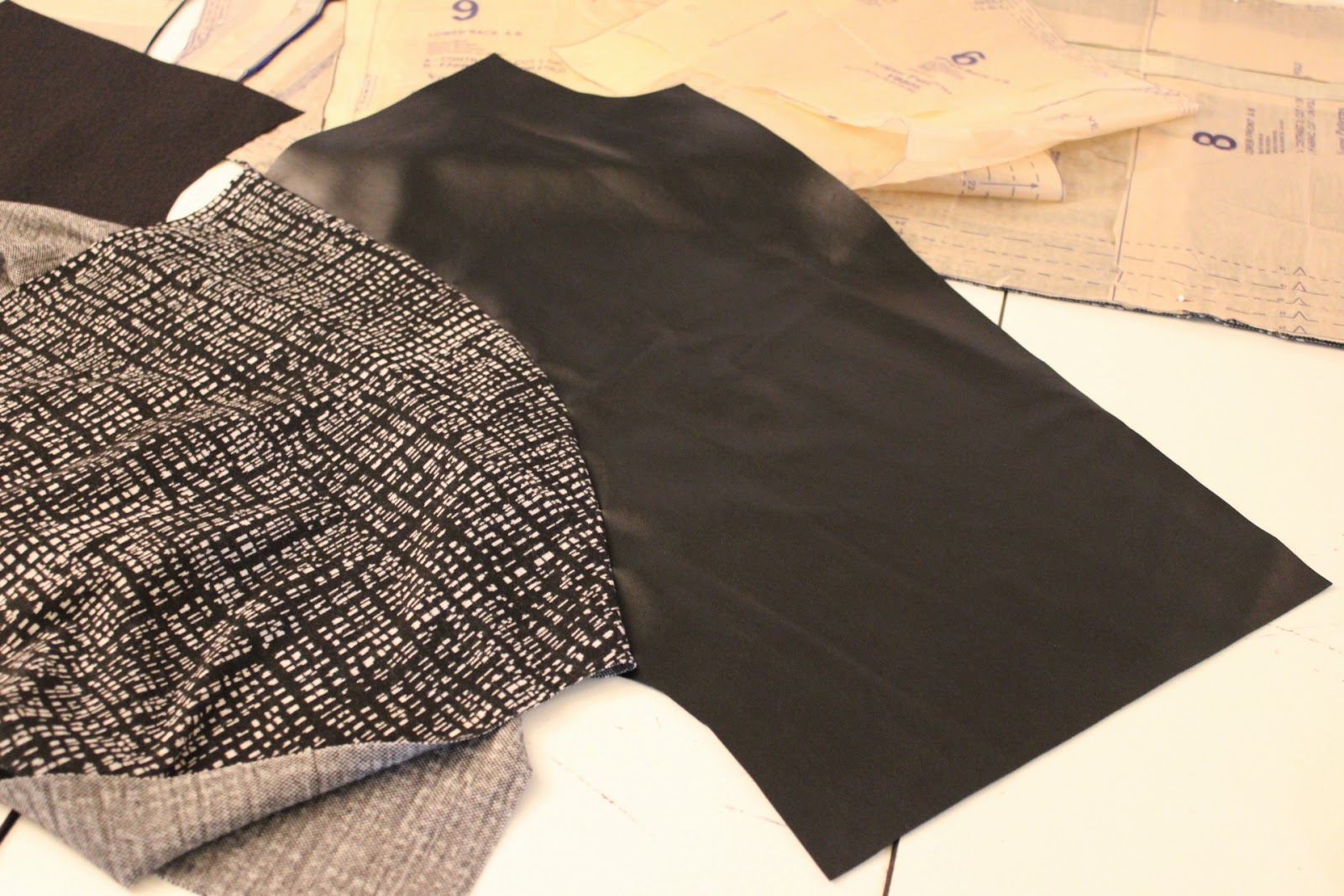 Dress back and yoke assembled 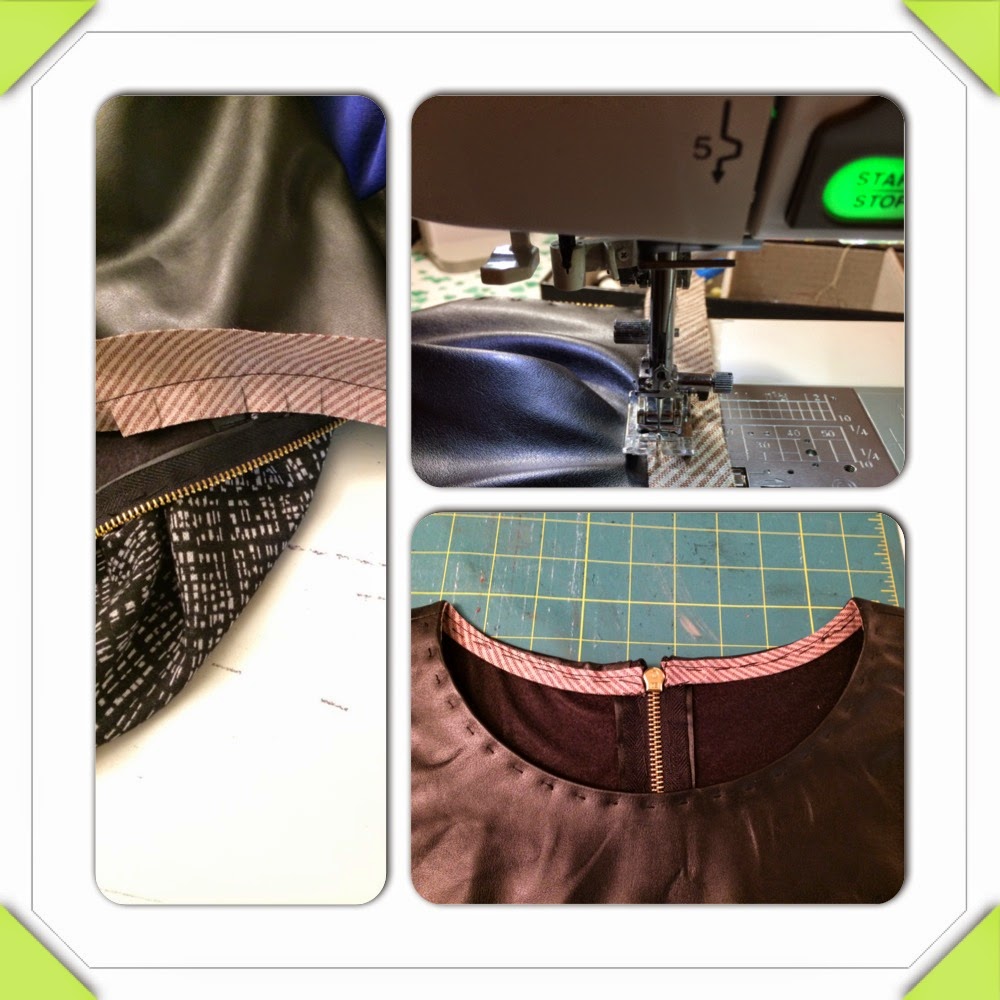 Inserting the binding around the neckline
...with the handstitching to hold it flat

A few more pics of the dress: 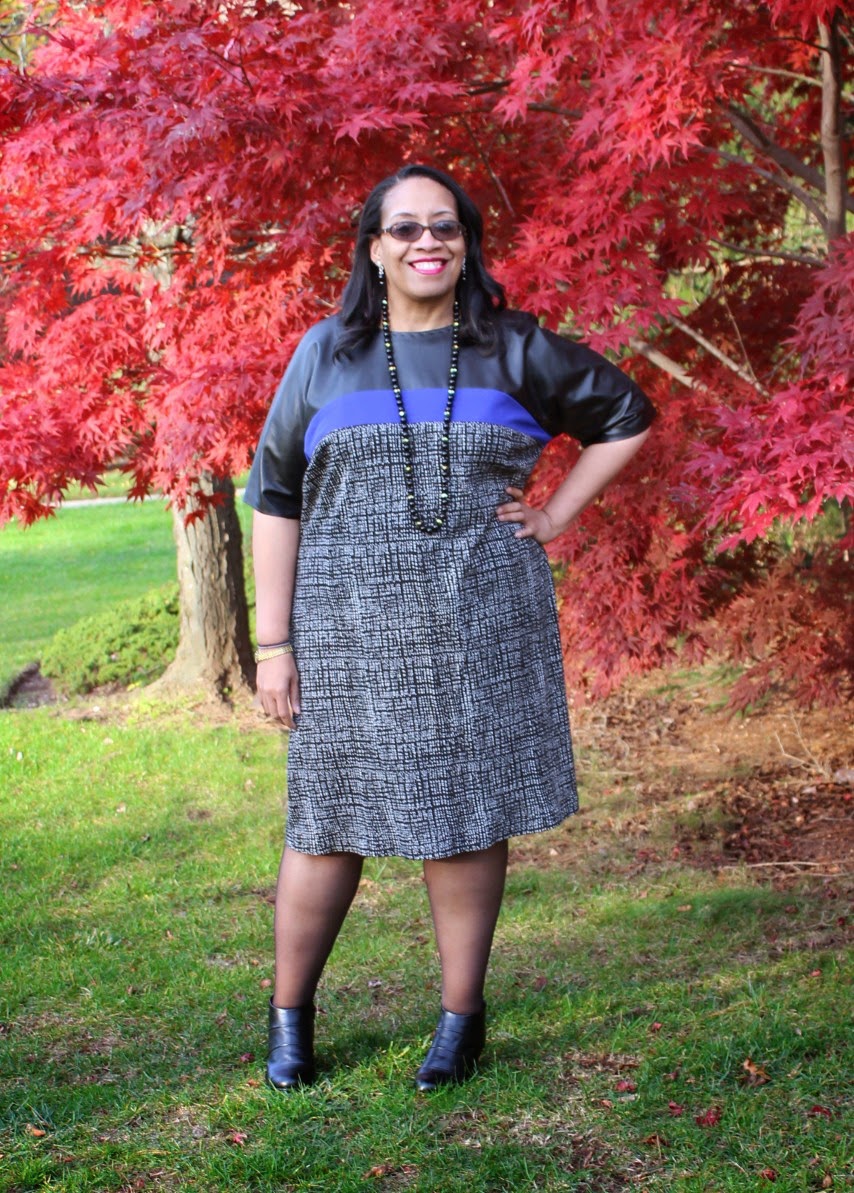 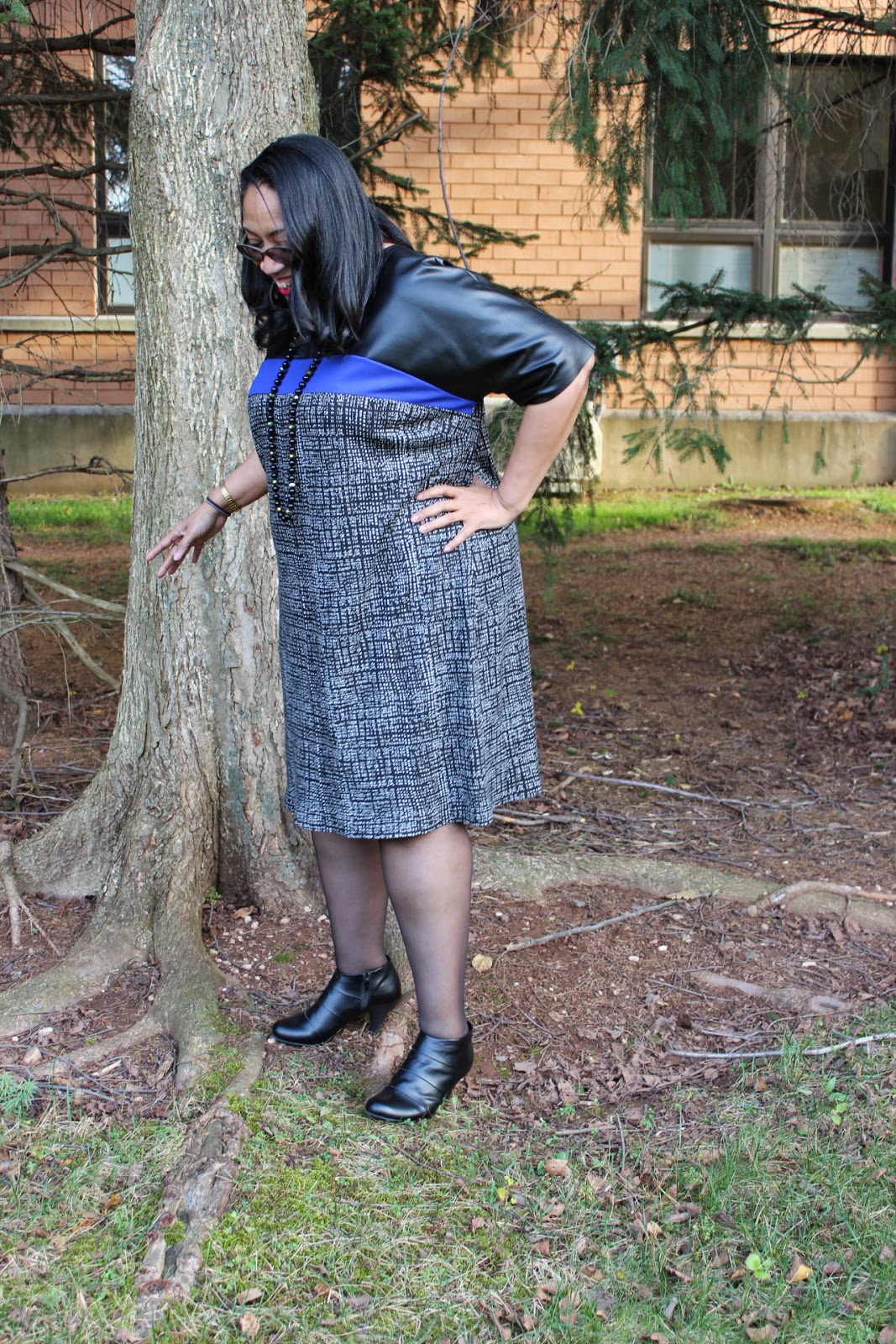 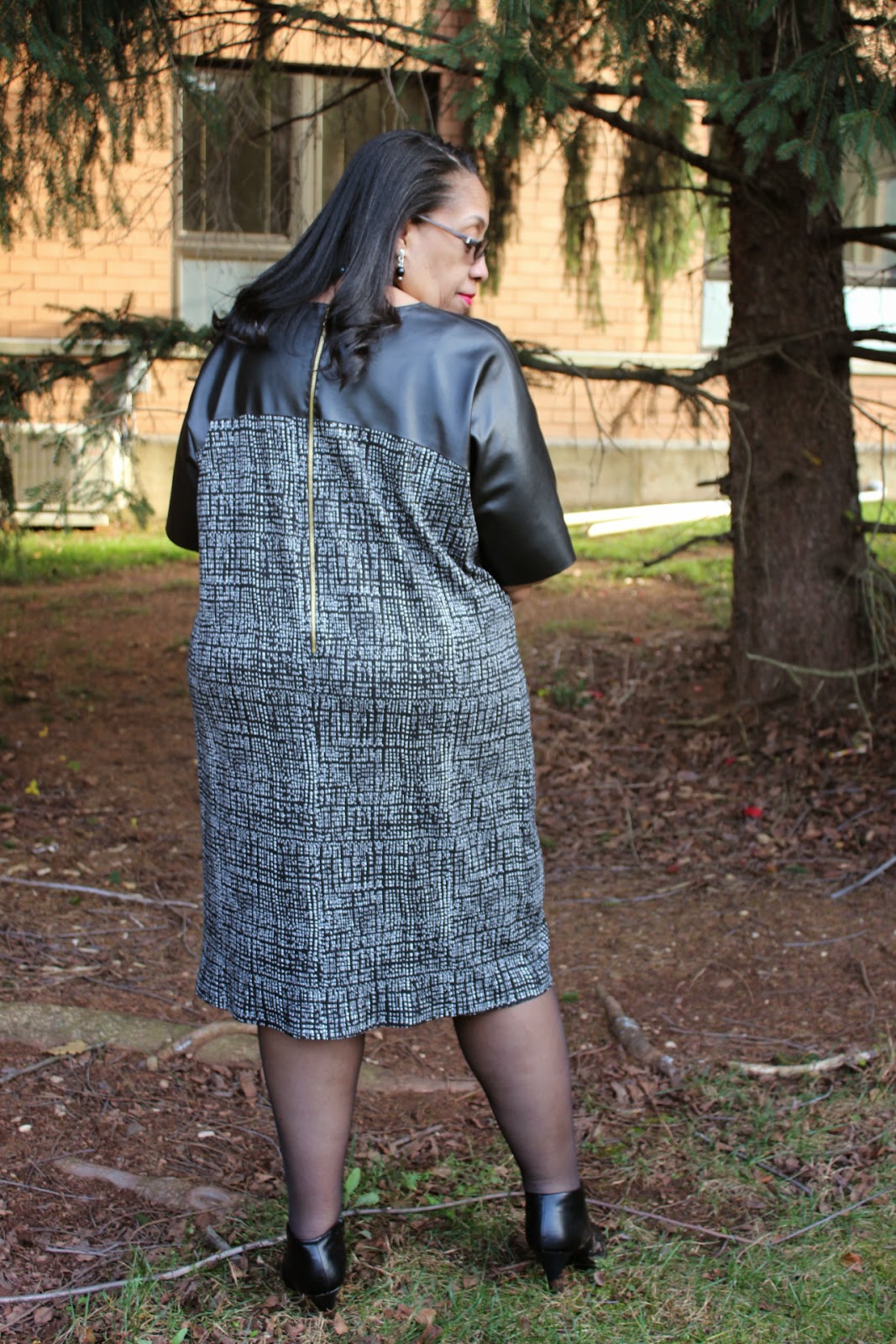 Conclusion:
I like the finished dress. It's a little edgy ~ hey anything with pleather on the top and the sleeves ain't exactly corporate ~ the black and white ponte bottom though gives it the corporate finish...so "Creative Corporate."

It's an easy dress to sew. It just took me so long to complete for a variety of reasons. However, I'm glad that it's finally done and hanging in the closet, waiting to wear.

Parting Shots:
The shots above were taken on our way to the kiddie playground in my complex. My daughter shot pics all along the route including some of the grandkids. I've included these two as parting shots... 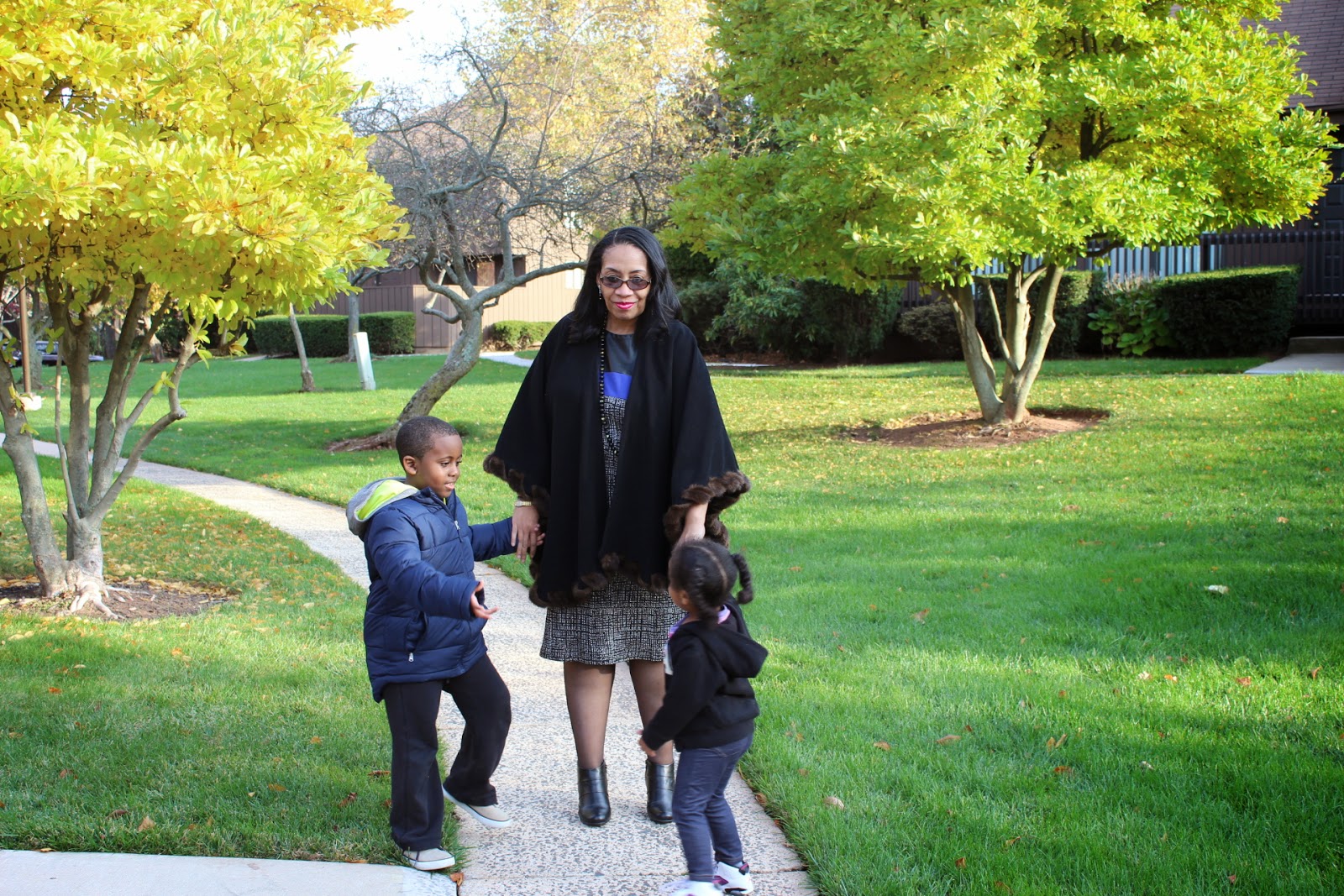 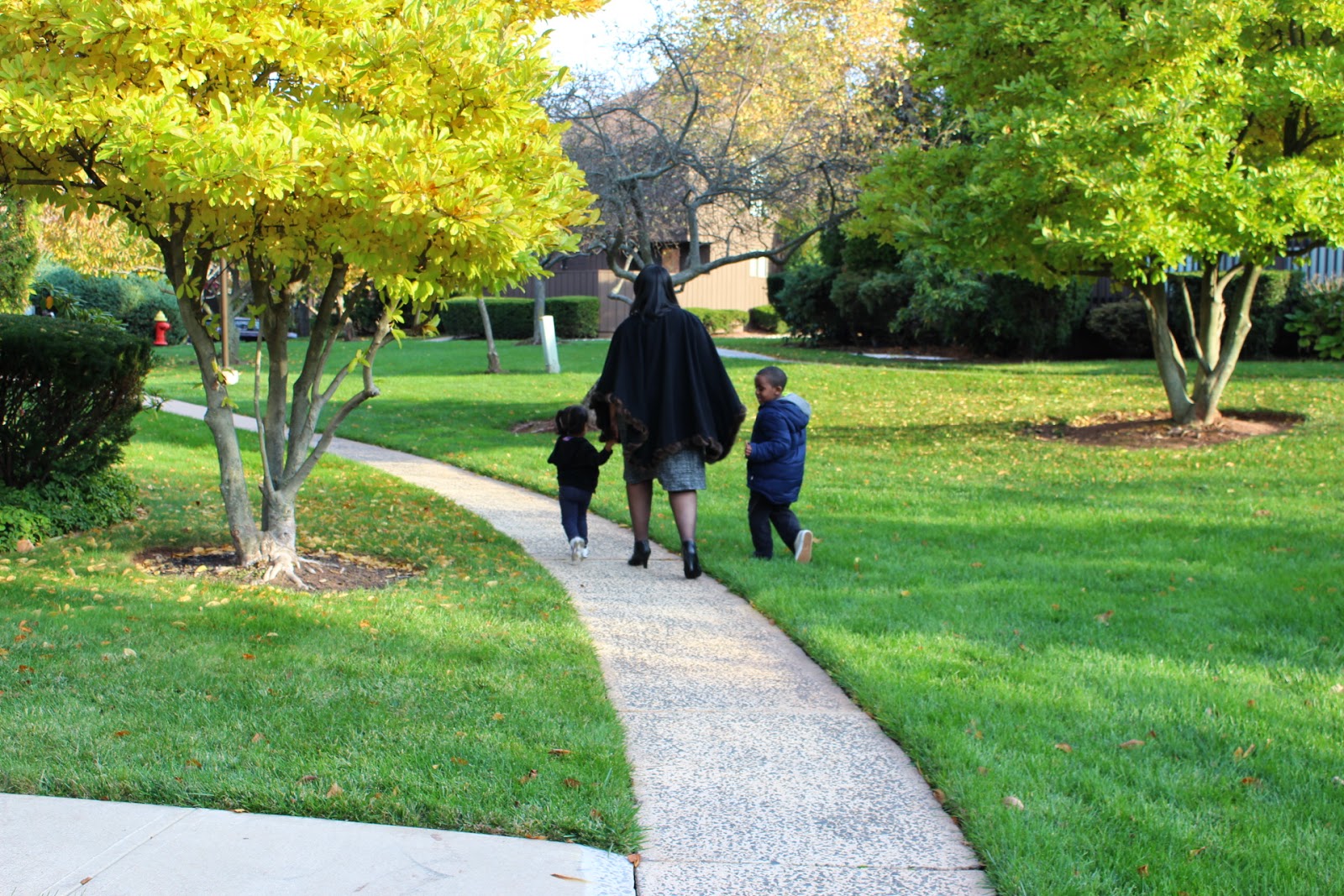 Posted by Carolyn (Diary of a Sewing Fanatic) at 5:45 PM