The New Exhibits at FIT

Miss Cellie's Pants blog post about the new exhibits at FIT reminded me that I had not seen them yet. So a friend and I went down to see the new exhibit together.

There are presently three exhibits at the FIT Museum:
The Lauren Bacall and Faking It exhibits were upstairs. The Bacall exhibit was too short and because of that I only took two pictures of the exhibit: 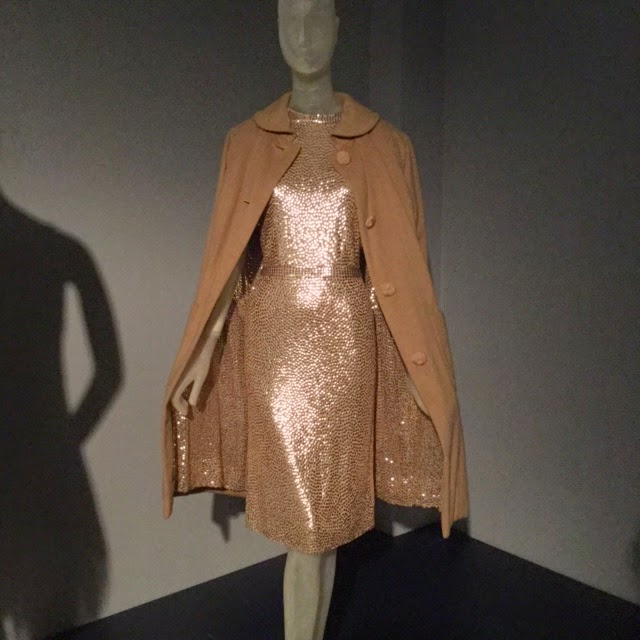 This was fascinating because the coat was lined with the
same fabric used for the dress! 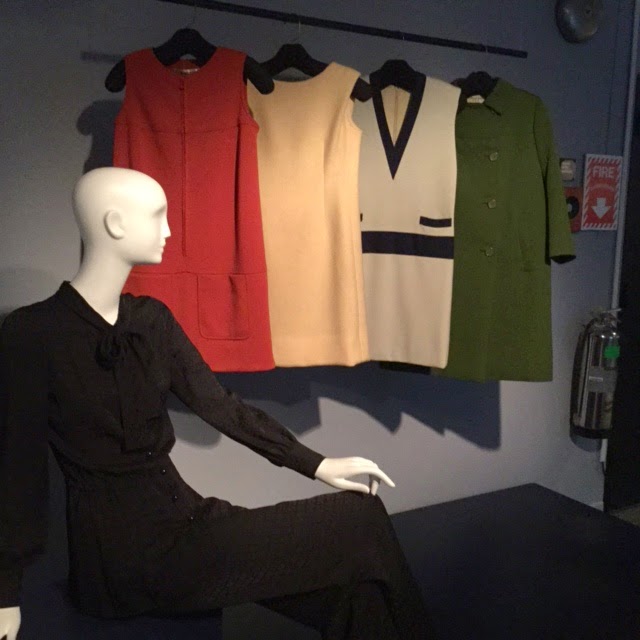 Lauren Bacall's every day dresses. I would wear all of those now!

The exhibit that I really liked was the YSL + Halston one. A few pictures: 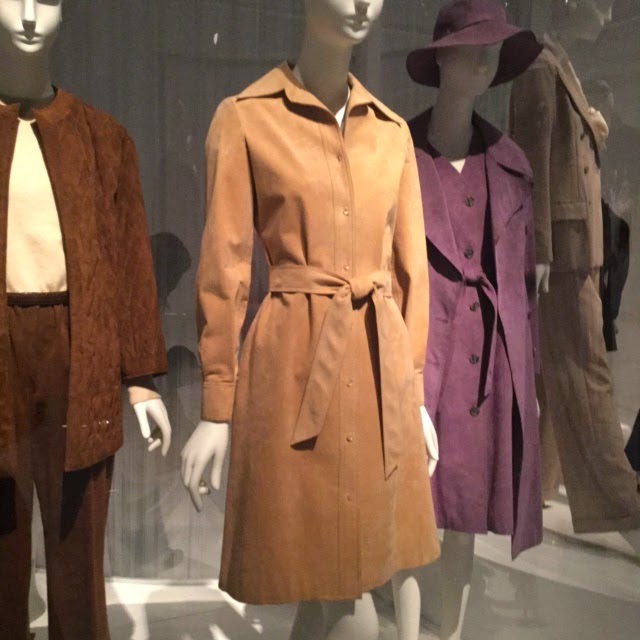 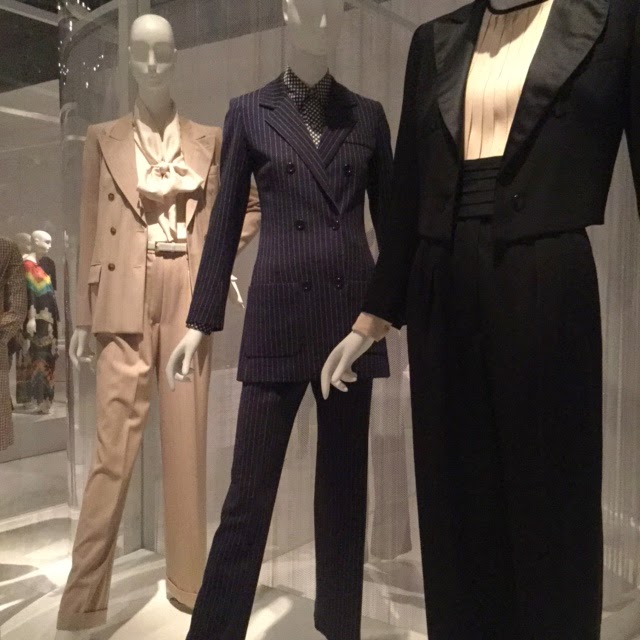 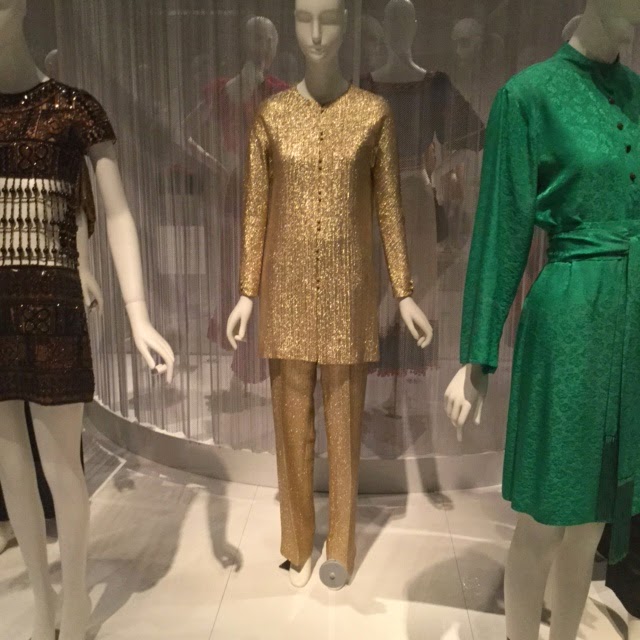 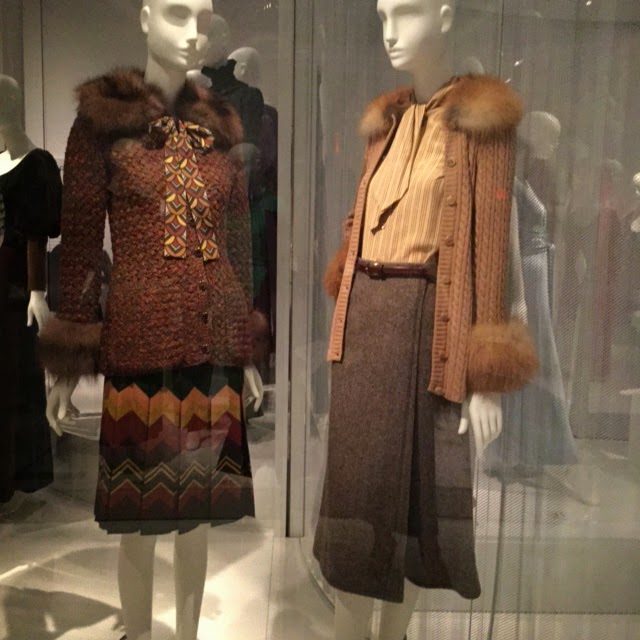 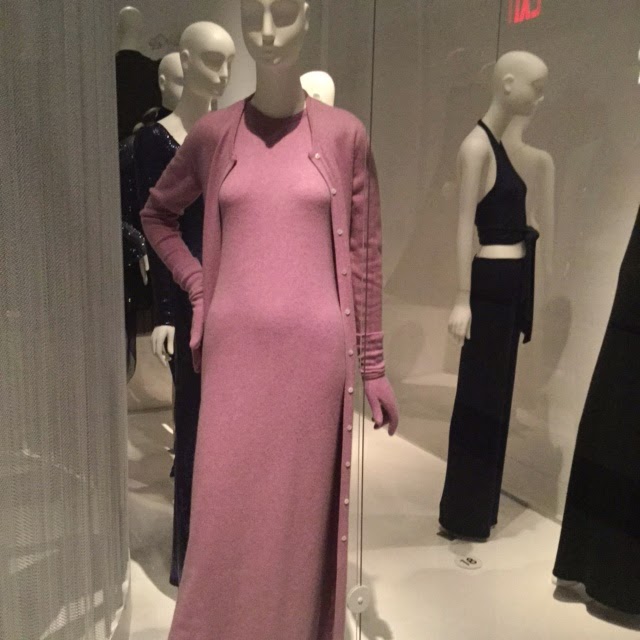 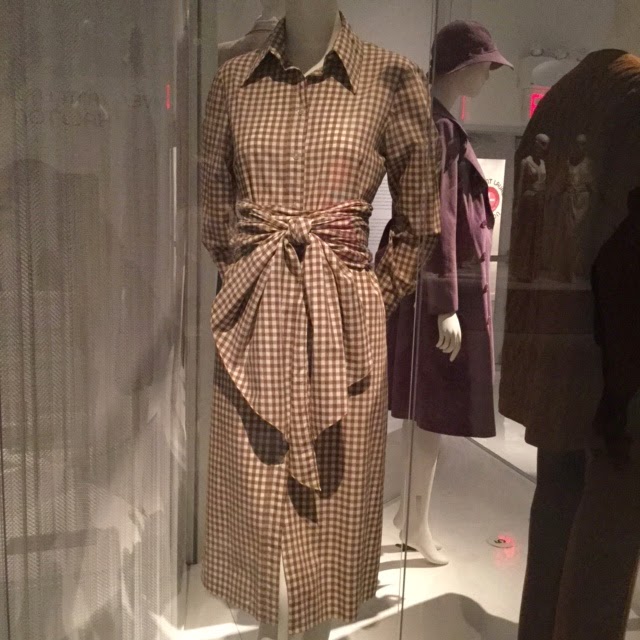 To me the most memorable thing from the day was the conversation we had during and after the exhibit. My friend didn't realize that Halston had started as a milliner. Or that he had designed the pillbox hat that Jackie Kennedy wore to the Inauguration. Or that he had won five Coty Awards. The awards that were the precursor to the CFDA awards.

Its truly sad that by selling his name to JC Penney, he ended up losing his name and reputation. That all he's remembered for is cheap perfume and clothing that was licensed under his name. For more information on Halston - click this link.

Or check out this youtube video from Madoff Productions~

The Yves Saint Laurent + Halston exhibit lasts until April 18th - not too much longer - so if you're going to be in NYC before then I highly recommend that you see it. The clothing is amazing and the timeline that tells the history of YSL and Halston is really enlightening!