I love museums. I especially love clothing and textile exhibits at museums. So when Claudine and I started talking about meeting up and she mentioned the exhibit at the Philadelphia Museum of Vlisco textiles I was onboard. The actual exhibit is called, "Creative Africa" and the Vlisco textiles are just one part of the exhibit. See more information about it here. 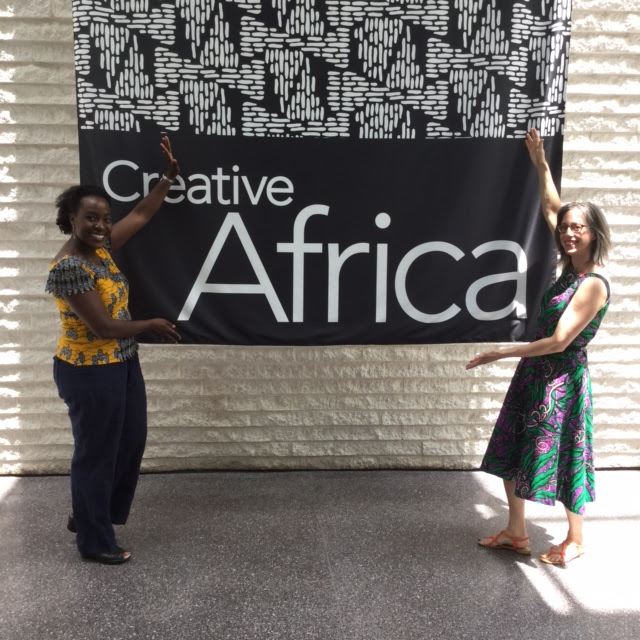 Okay I will admit that I don't know much about Vlisco's textiles, except the fact that there is a lot of interest in them in the sewing internet community.  I've seen some of the garments made using African prints but they've primarily been skirts which I've admired and then moved on.

However, after walking into the exhibit space and seeing this ~ 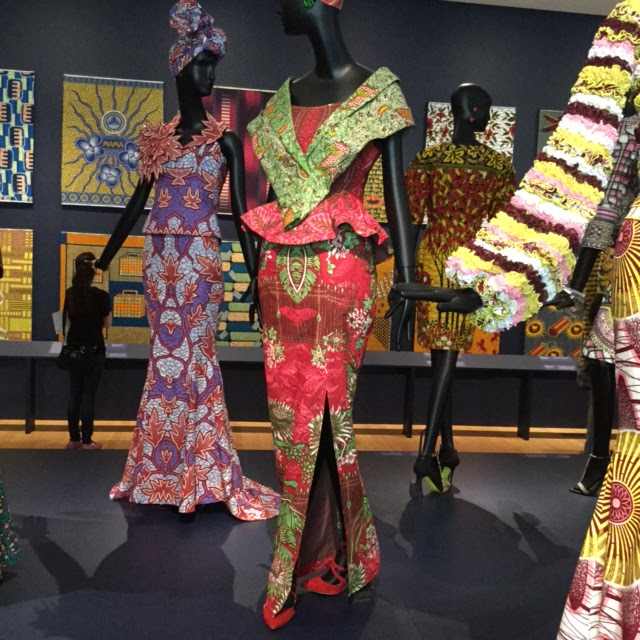 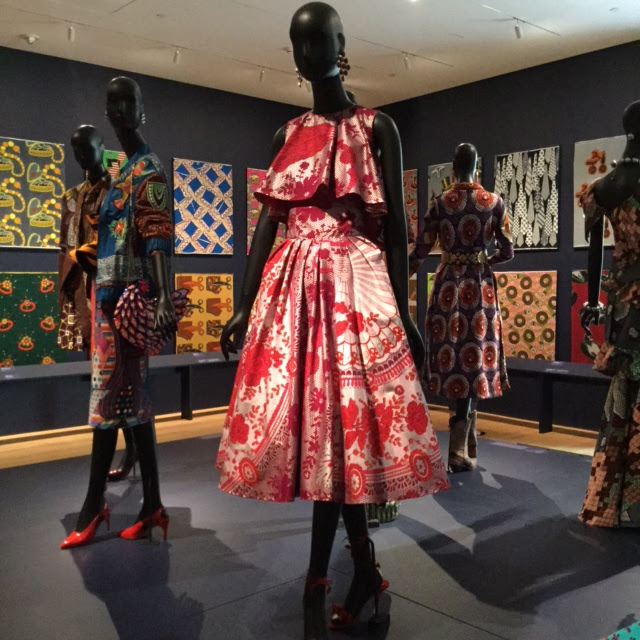 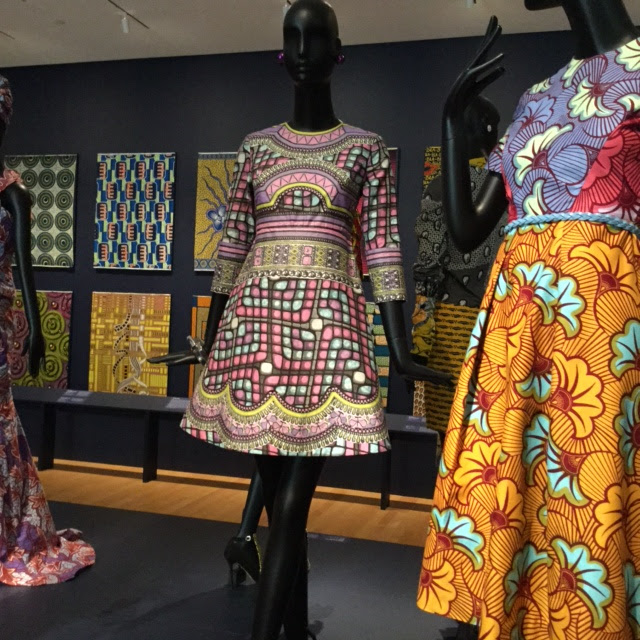 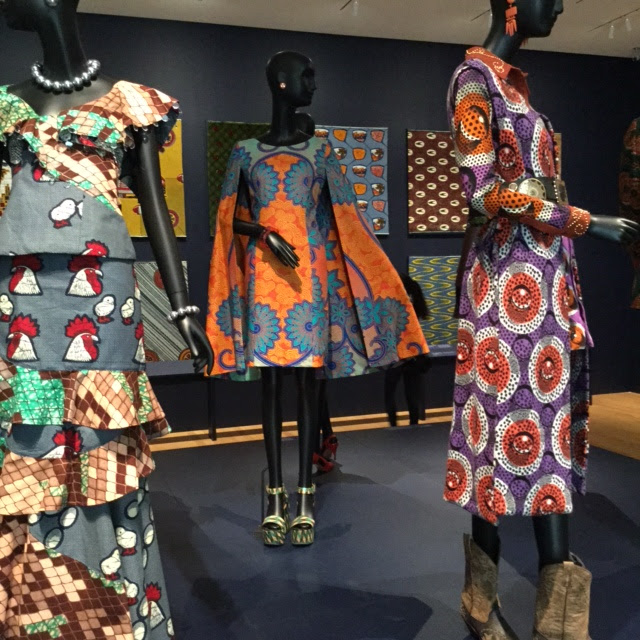 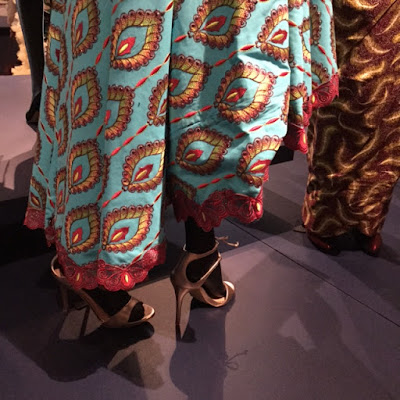 This is the hem of a dress worn by Jill Biden

I'm now sold on these textiles. When you enter the space, there is an exhibit stand with about two dozen outfits. The outfits are so awe-inspiring and such a creative assault on your senses, that I had to take a breathe before I could step into the space. 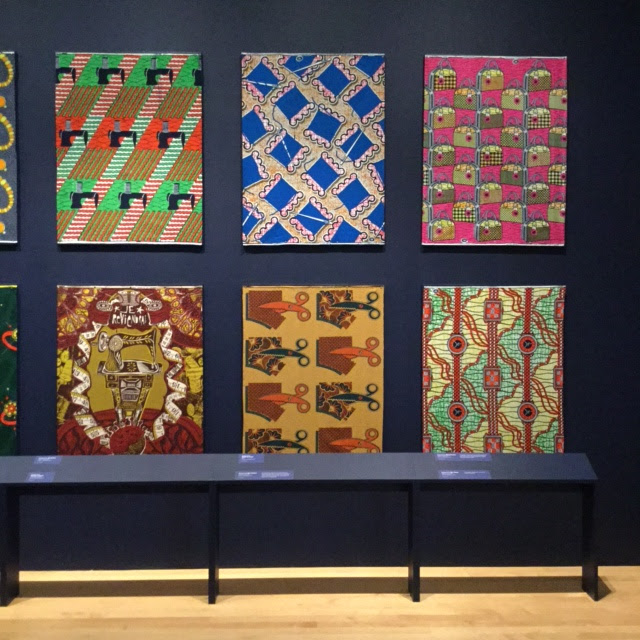 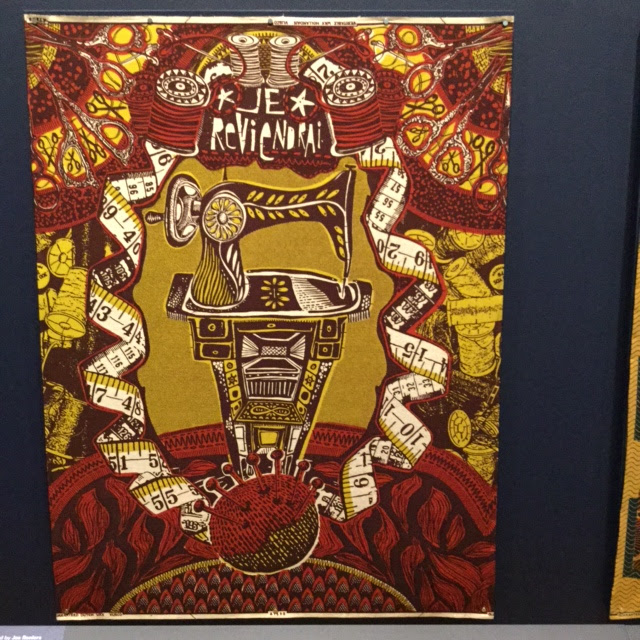 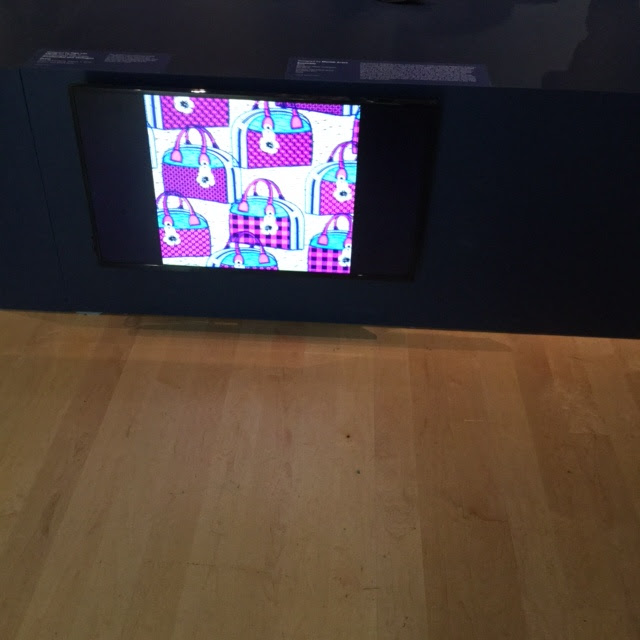 The walls of the space are lined with different versions of the textiles. It was intriguing to walk around the space and see how many items have been memorialized in the textiles. There were computer screens with videos of the fabric and information on the computer, as well as, each textile was given a plaque which described the how, whats and whys of it. 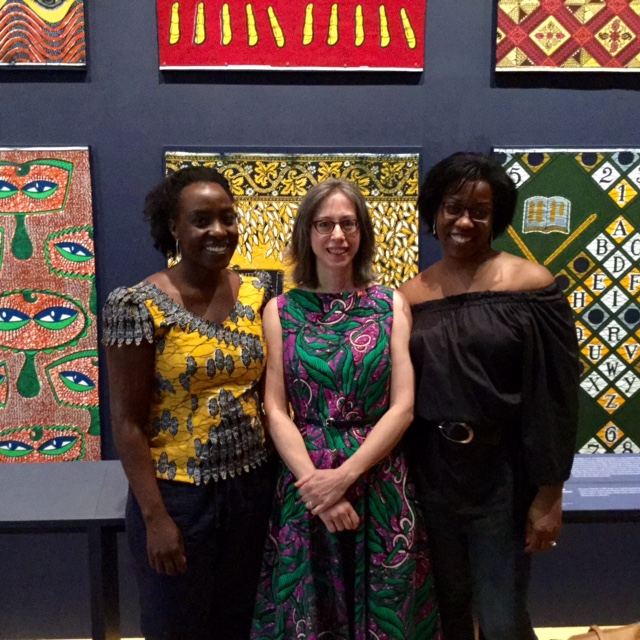 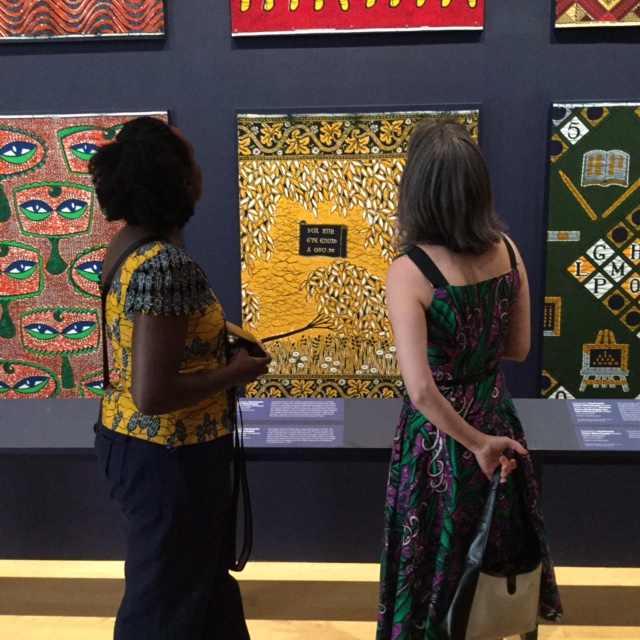 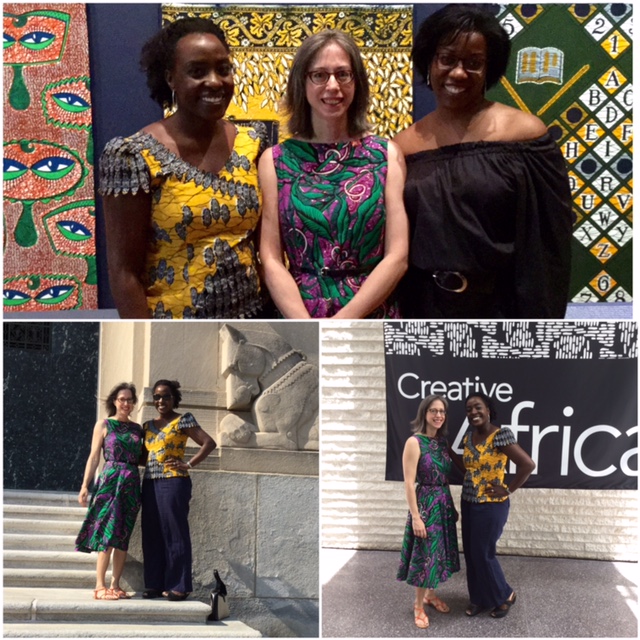 The day was made even more amazing because of the sewists I went with ~ Claudine author of the blog, Rolling in Cloth; Andrea author of the blog, Knit-Knac; and Renee who authors Miss Celies Pants. I love sewing conversations and in this case there was also a lot of talk about knitting machines and the process. Now I can knit - don't like it much but I know how - so the knitting machine convos were really interesting to me.

If you're in the area, I would highly recommend that you take an afternoon and head over to Perelman Building of the The Philadelphia Museum and see the exhibit. The exhibit is on view until September 25th!

Fabric Shopping ~
After the exhibit and a leisurely lunch - Claudine and Renee left and Andrea and I headed over to Jomars. I love Jomars and I've shopped there for the last 15-16 years. I went there a lot when my girls were smaller after I was introduced to Jomars by a friend, Julie, when I was a member of an internet sewing group - The Sewing Circle.

I've spent hundreds of dollars there and have wonderful memories of road trips with friends to purchase fabric...so Jomars has a soft spot in my heart. Even visiting it during the PR Philly weekend a couple of years ago. However, the Jomars I visited with Andrea Friday was a sad facade of the amazing fabric palace I remember.  We did root around on the tables and I found a few pieces but it was a truly disappointing visit. 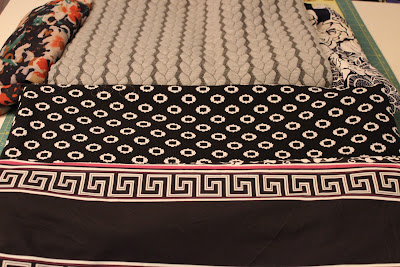 Then we headed off to Joann's because I still had funds left on a gift card and I needed to be rid of the card. I'm trying to get over the horrible event that caused my riff with Joann's cause I'm sure the manager of that Joann's has long since left the store but the episode left such a bad taste in my mouth. Although almost all of my sewing friends that live in suburban areas visit Joann's and have so many positive things to say about them now...that I'm trying...okay only a little but it's still trying! *LOL*

I was determined to purchase some New Look and Simplicity patterns because they are harder for me to acquire. Simplicity patterns were on sale for $1.99 so I bought four including a few "Early Autumn" ones. Though I don't understand how those are out already when Summer arrives on Monday - I'm just sayin'!

Here are the patterns I bought ~ 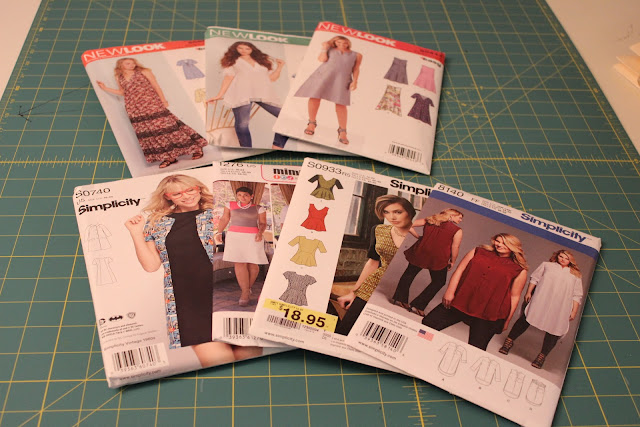 ...and the reason I had a gift card in the first place is because one of the fabrics I'd purchased online wasn't in stock anymore. Though it was in the Willingboro store - so I got four yards of this amazing linen blend! 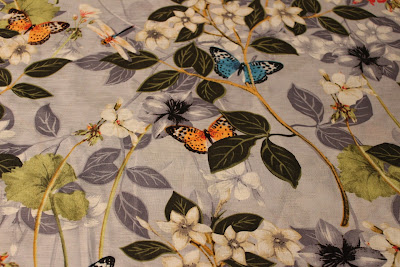 I had an amazing day, full of fun, good conversation and fabric shopping! It was a good day.