I've bought several panel prints from Fabric Mart over the years and I've watched as others have used them successfully. When I purchased these I knew they wouldn't work for my lifestyle them but I loved them so much that I bought them anyway...hoping that I could use them sometime in the future.

Well the future has finally arrived!  This is what I posted to Instagram two weeks ago. 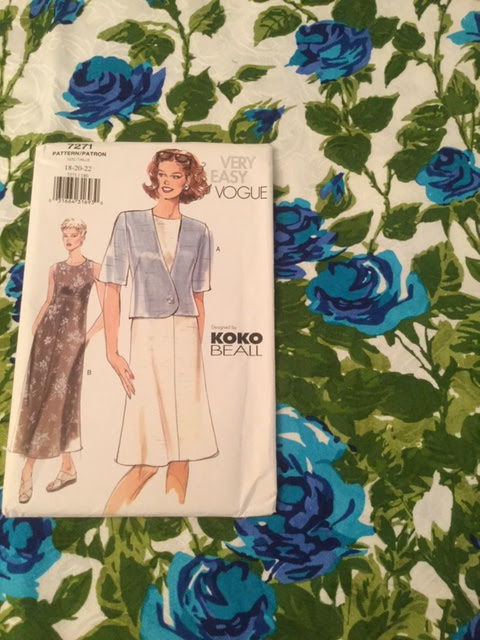 ...and here is the finished dress.. 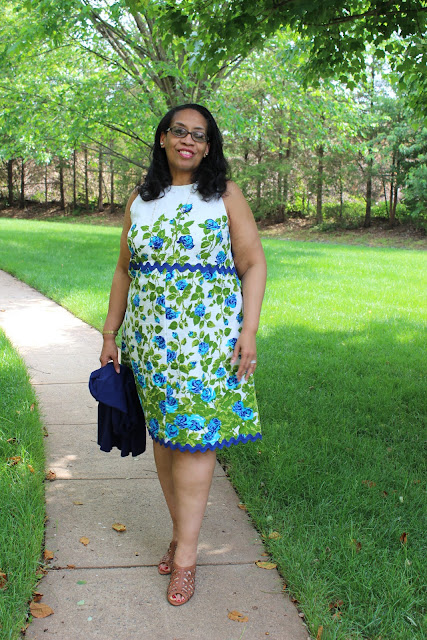 Pattern ~
Out-of-Print Vogue Pattern 7271
I have a couple of these Koko Beall patterns purchased when they were popular at Vogue Patterns. Like the Adri patterns, they have never been used but since I've been on the hunt for a good empire waisted dress, they are perfect for what I need. Construction Information ~
The most important part of making this dress work was successfully cutting out the panels. Cutting the bodice and skirt pieces so that they looked like they naturally flowed into each other was a must.

One of the reasons why I hadn't used the panel before, was that I needed a pattern that had a few pattern pieces that I could use to cut the panels into. All of the versions I'd seen using the panel fabric were dresses with waistlines and you know I'm so not into a waistline dress.

A few things:
~  The empire waist is not as high as I thought it was. That fact is concealed in the print I used.
~  Even though I added several inches to the dress, it has a closer fit than I'm use to.
~  I added darts to the armholes of the dress to remove some excess space.
~  I used bias binding on the neckline.
~  The armholes are turned under and stitched flat.
~  I omitted the facings in the pattern.
~  The dress is also shorter than I like but that's because I ran out of fabric/space in the panel so the hem is 1/4" before I added the rick rack. The dress set for a week and a half after I made it because it was lacking something when I put it on. My first thought was to pick it apart and add some navy blue piping to the waistline and a blue linen panel to the bottom of the dress...but I kept wavering primarily because my invisible zipper insertion was on point and I didn't want to remove it. 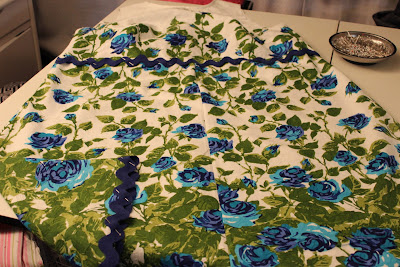 rick rack at waistline and hemline 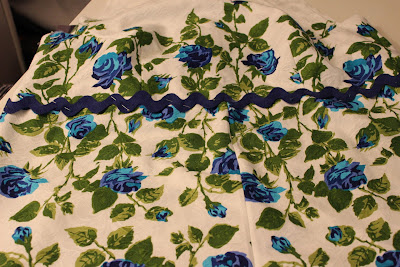 rick rack at the empire waistline

Finally I decided on buying some blue rick rack and adding it to the dress because it's kinda fun and unexpected. Also rick rack in no way says corporate dressing at ALL, another reason to go with it. 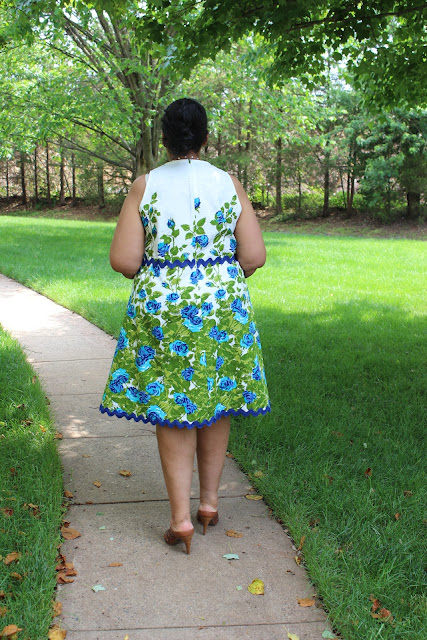 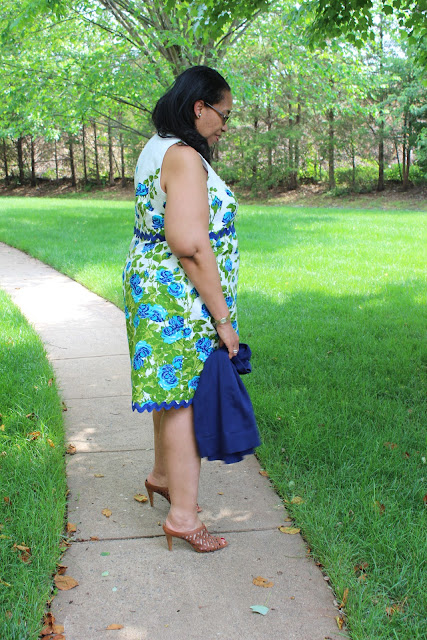 Conclusion ~
Of course the dress is fancy and as it's pictured above is how I plan on wearing it to work. Though I have to admit it was quite warm this afternoon when taking these pics...but since I live in manufactured air, I should be fine.

I will make this dress again.  I already have two versions in my head. Another knee length version and as a maxidress. For the next versions, I will lower the neckline about an inch at center front. I'm thinking a linen or challis from the collection for the maxidress and maybe color blocking the knee length version.

However, I'm sorry that I waited so long to use this pattern because it has great bones. I've seen a few on eBay so if you want to try it out, grab one!

We spent a lot of time today taking pictures of my backlogged garments, yes I've been sewing! By the time you read all of these posts, hopefully my next set of garments will be ready to photograph because I'm going to spend tomorrow sewing items off my list. It's not that I don't have clothing to wear, it's just that I'd like to get back to wearing me made as much as possible. I'm sure you all understand that.

Posted by Carolyn (Diary of a Sewing Fanatic) at 9:06 PM