I wanted to do a follow up to that conversation.

Sewn will be published by Michelle, who authors the blog, That Black Chic. The debut issue is scheduled to arrive in November 2017. It will be a bi-monthly magazine (6 issues per year) and will include sewing and DIY projects. It will be available in paper and digital editions.

Per Michelle, "This magazine will be serving you articles on diverse fashions and lifestyles, which is why our motto is going to be "Sewing is a lifestyle." And to top off all of this fabulousness is the reason for this magazine, which is to showcase the culturally diverse talent that is missing in the national sewing publications.  I am going to publish a sewing magazine that would represent not some but all makers out there including those who look like me." 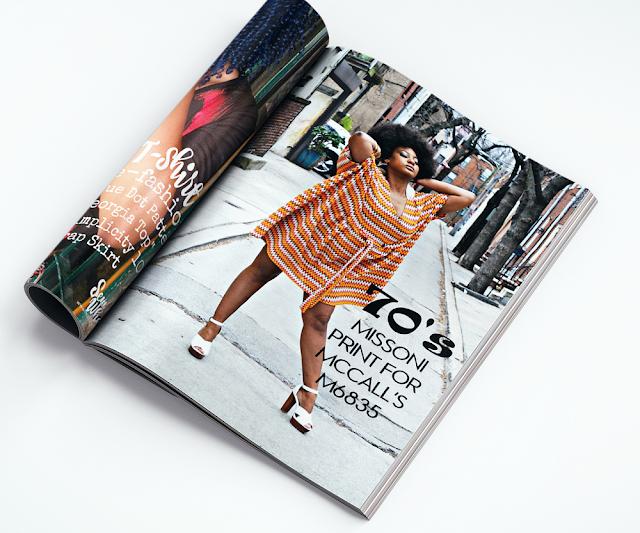 A mock-up page of the new magazine

Now as you know starting any new venture requires capital so Michelle has started a Go Fund Me page for anyone interested in donating. I'm donating and I hope you will too. I hope that you think that giving whatever you can to the continuance of our sewing industry is as vital as I do.  If so, here's a link to make a contribution! 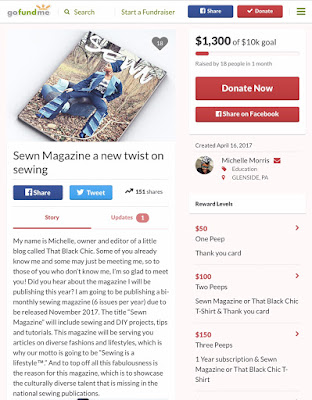 I am sewing and will have some finished garments soon.


Posted by Carolyn (Diary of a Sewing Fanatic) at 3:20 PM