July has been a weird month this year. It use to be that July was my most productive sewing month but the last couple of years, it seems as if my sewjo goes on vacation during this month.

I have been sewing, though. I have three versions of NL6340 to share, a new Concord T-Shirt hack and my first pair of wearable pants that I've sewn since I changed jobs. However, due to unforeseen circumstances, I was unable to get everything photographed this weekend...which means that things have to wait until next weekend. 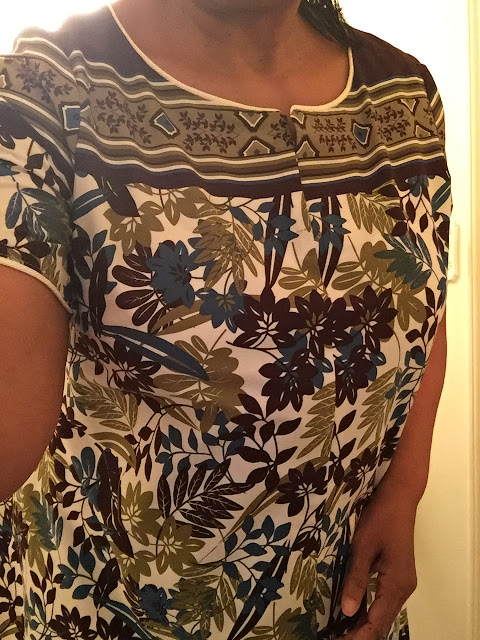 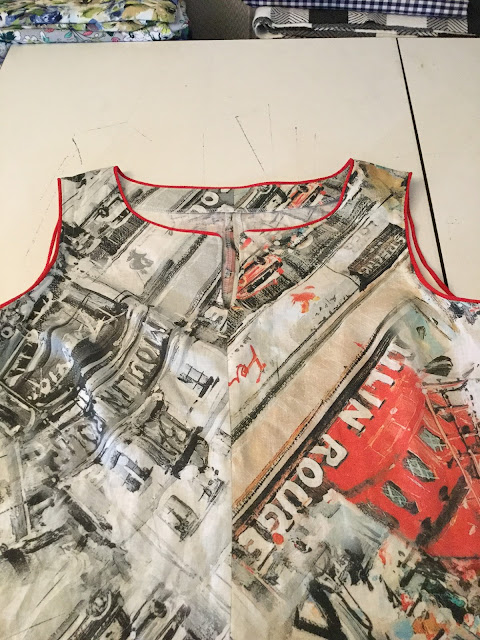 New Look 6430 in a Marcy Tilton print with piping 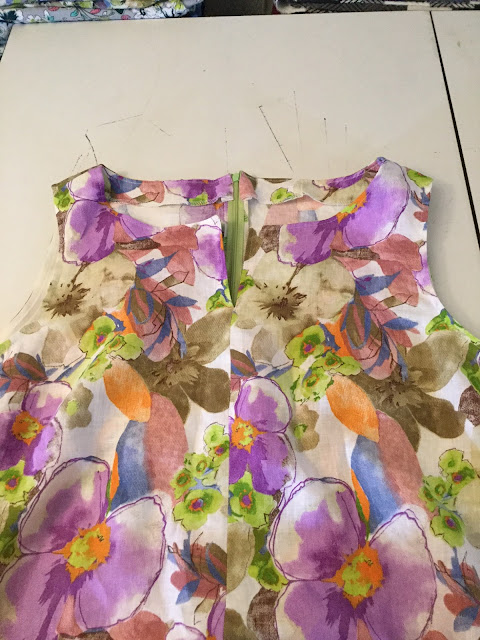 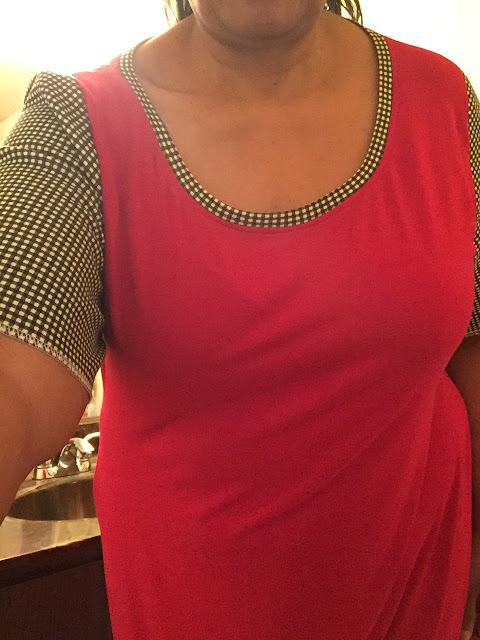 Those were some teaser photos. They were taken on my iPad and sent to my sewing buddy for fit and sewing advice. Also normally when I sew, I hold all of these sewing conversations in my head that I want to share here. For some reason that hasn't happened either this month so there hasn't been a Question of the Month post.

Hopefully everything will get back on track in August.  Just wanted to keep you in the loop and let you know that I was still around.

I expect to have photos of new garments on the blog starting new weekend. Well at least I hope to!

Posted by Carolyn (Diary of a Sewing Fanatic) at 8:40 PM