I've been sewing shirts consistently for three years now.  The one thing about making a garment over and over again is you refine your techniques. Your collar edges get sharper, the way you apply the overlap for the cuff goes on quicker & easier and you know how it fits. 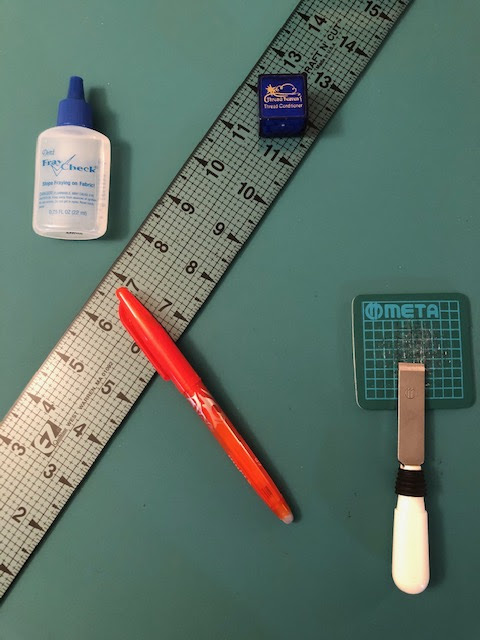 Tools I use when making buttonholes and sewing buttons on

My shirt journey has become about the fabric choices, the buttons and any embellishments. Y'know the fun stuff! Lately I've changed up the way I sew buttons on my shirts. After doing it a certain way for awhile, listening to other sewists and just repeating the process, I knew I needed to change it up.

I've never been a precise marker. I have to work at that because so much of what I do is instinctive or learned response. However, I'm changing up the way I'm sewing buttons onto my shirts.

First I do machine sew buttons on when they're flat 2 or 4 hole buttons. As evidenced by this video I posted to Instagram.

o I always use a hat pin to create a shank so the machine sews the thread over it.

o I use to mark the opened buttonholes with a pin after slicing them open with my buttonhole cutter. Lately, I've been using my Frixon pen and marking the center of the buttonhole. 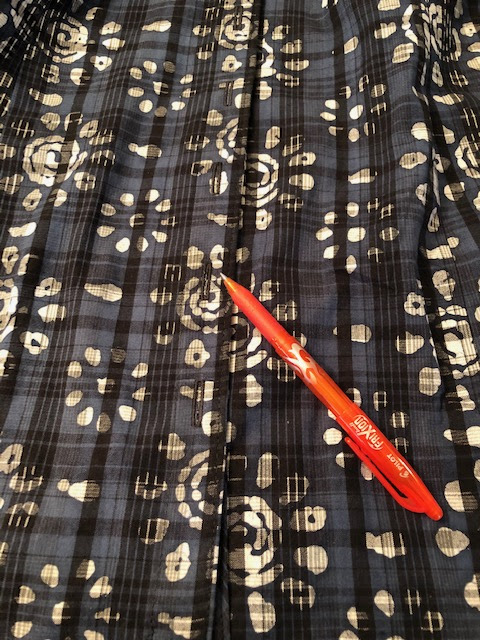 o It makes sewing the button on so much easier because I just place the button over the marking. I'm also more accurate with button placement now. 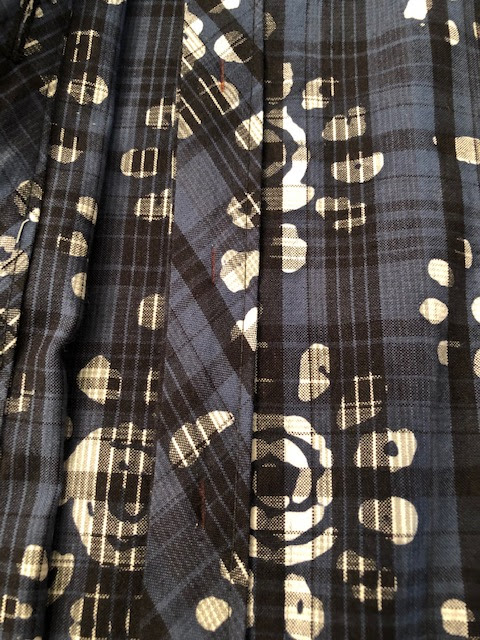 o My machine finishes sewing the buttons on with the needle in the up position. This allows me to cut a really long thread tail 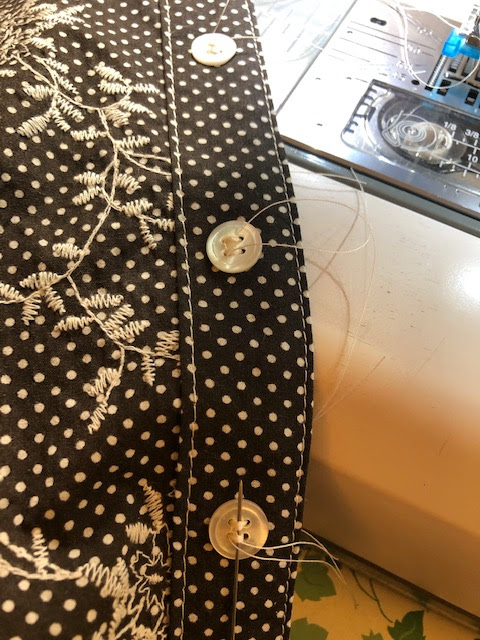 o Then I use a regular needle, thread the tail through and pull it to the backside of the shirt 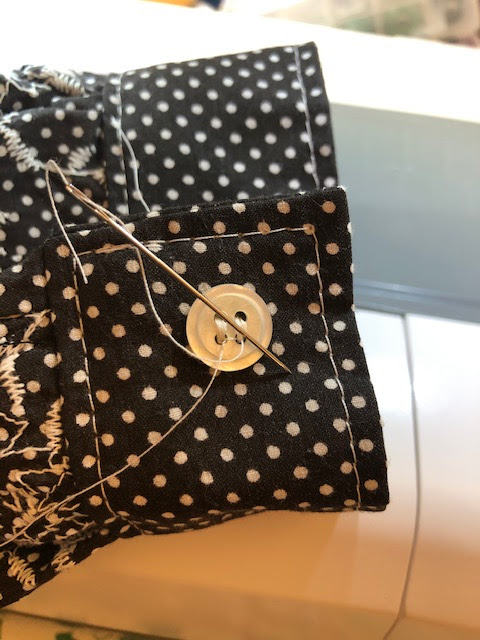 o The thread tails are tied off in the back 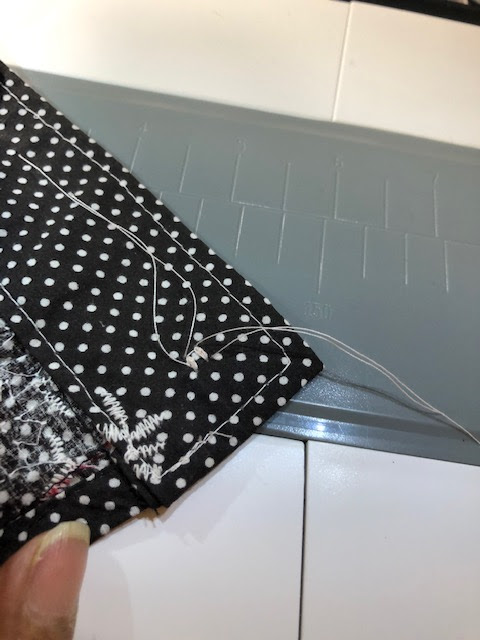 o A drop of fray check is applied to the knot on the back to secure the button threads.

After talking with another sewist, I'm also going to buy some silimide to sew on shank buttons. I presently double thread a needle with coordinating thread which means that I'm using four threads. I then run it through some thread heaven and make 3-4 passes through the shank.  My sewing friend said that the silimide will allow me to make just three passes and it's just as strong. Anything that speeds up the button sewing process is something I want to pursue.

One additional thing to note - I use 11 buttons at least on my shirts. One for each cuff, one on the collar stand, nine down the front. I know I use more buttons than most pattern companies suggest but I like my shirts buttoned all the way down the front. Pattern companies leave a longer/larger amount of space on the front of the shirt. That front flaps open on me and I just don't like it which is why I change it.

Just wanted to update how I'm sewing buttons onto my shirts now.