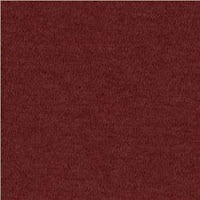 I can tell the season is about to change because I've got a serious gathering thing going on. I keep trying to tell myself that I have plenty. Leave some for the other sewists...they need fabric to play with too...but it ain't working. *sigh* I'm like a fat little squirrel gathering and storing up for the hard winter months ahead...

A friend of mine called me today to tell me that her company is requiring all employees who make over a certain amount to take a 5% pay cut. She was really upset since like a lot of people she needs every dime in her salary to make it...and the thought of cutting back on something scared the bejesus out of her.
It really gave me pause. And then I realized that I gather and store fabric/patterns/thread and embellishments against the day that this could happen to me! I haven't always been able to purchase fabric and accoutrements as I pleased. For many years when my children were young and I was married, there were different priorities...so sewing whilst it played a major role in my life did not allow for stashing and/or collecting...if it came in...it quickly went out on the backs of my daughters or myself!
Then there was the time 12 years ago when my apartment caught on fire and I lost not only most of my small fabric collection but also my serger and sewing machine. A sewing machine that I had diligently saved for and then paid $10 a week for months to own...and it was gone...up in smoke sooooo quickly.
I realize that my collecting tendencies stem from these issues...but guiltily I thought this afternoon well...I could still sew if I had to lose 5% of my annual salary! Actually, I would probably turn off a few things...gladly...so that I could still buy an exquisite piece or two...but mostly I could turn out beautiful garment upon beautiful garment based upon the treasures I now posses.
And then I breathed a sigh of relief...because no matter what befalls me (as long as it's not another fire...cause there is no way the insurance adjuster is going to believe how much fabric and patterns I own!) I can still sew...and even though this doesn't help my friend...it did give me a sense that I would be okay! Crazy right?
BTW, the wool jersey that everyone raved about from fabric.com showed up at my house last night (pictured above). And all I can say, is that not one person exaggerated about how awesome this stuff is...I'm glad that being the fat little fabric squirrel that I am...I bought all three colors!
I have a quiet weekend planned...so hopefully my sewing machine and I will get reacquainted...as always...more later!

p.s. check out the Wednesday Web busters at fabric.com...the designer stretch wool suiting fabric selling for $3.99 - $5.99 per yard are the Ralph Lauren pieces!!! Yeah...I know I have a "thing" lately for fabric.com...*sigh*


Posted by Carolyn (Diary of a Sewing Fanatic) at 9:30 PM