I spent an amazing Saturday with about 30 women fabric shopping in the NYC Garment District.  I met some awesome new sewists and reconnected with other sewing friends that I hadn't seen in a minute.  It was wonderful to experience these women shopping at some of my favorite places.

Of course no shopping trip is complete without laughter, fabric (and loads of that was purchased), food and photos.  I completely forgot that I had a camera while we were at Metro Textiles, and if you've ever been to Pacific Trimmings you know those aisles are way too skinny to get any decent photos in...but I did remember to take at least one picture almost everywhere else.  So let's go to the pics to tell the tale of the fun, new friendships formed and much laughter and fabric shared: 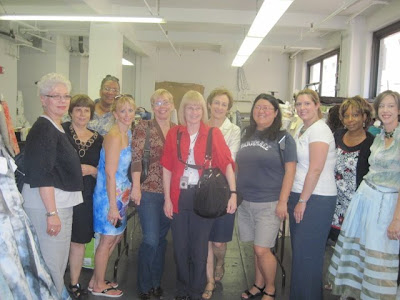 The gang at Elliott Berman's
(We split up into 2 groups to make it easier to shop the 1st two stores!) 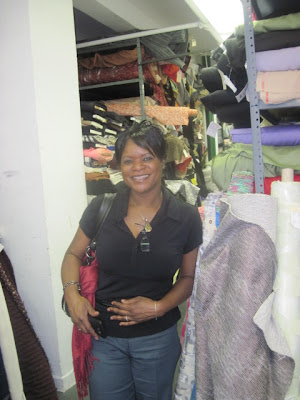 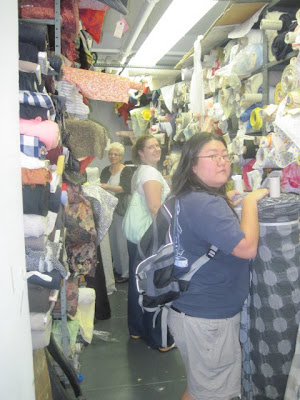 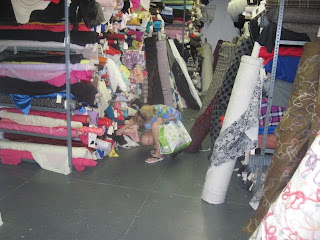 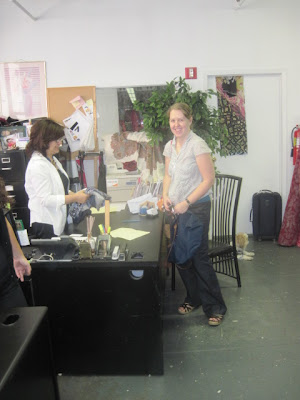 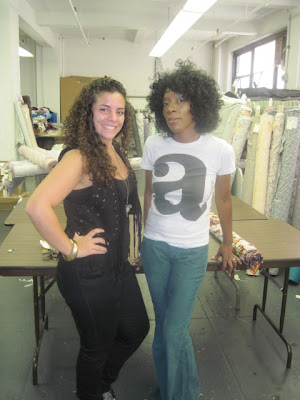 She cut my fabric and I felt like I "knew" her.  Finally,
I just asked and it's Terri (on the right) from Project
Runway Season 5! 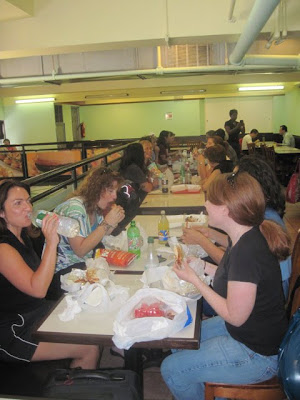 Lunch was at Village28 on 8th Avenue
where both groups met back up! 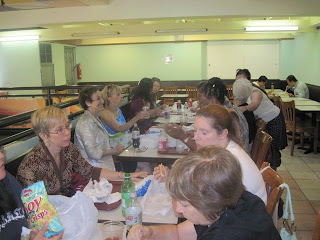 One more lunch shot - didn't want to leave anyone out! 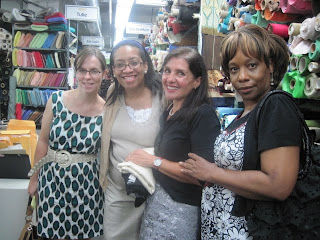 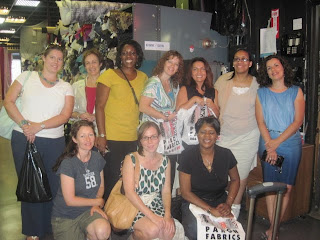 The last of the gang (quite a few people had left
by this time) at Paron's.
There were a couple of interesting moments during the day...meeting Terri from Project Runway Season 6 at both Elliott Berman's and Mood.  Meeting Joanne, who walked up to me in Mood and introduced herself...she is in town taking a class with Susan Khaljie...seeing the new Vogue Pattern Magazine on the pattern counter at Mood and begging everyone not to show me the Selfish Seamstress' article (I want to read it at home where I can enjoy every word!)...and believe or not there are more pics in my Flickr Album.

So you're wondering what I bought right?  Not much actually...I guess proximity never makes me feel like I have to whip out my credit card and shout "Charge It", ala Betty Rubble and Wilma Flintstone! 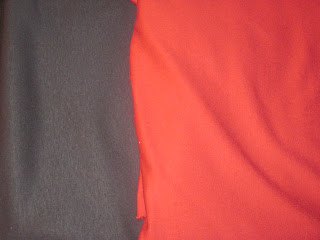 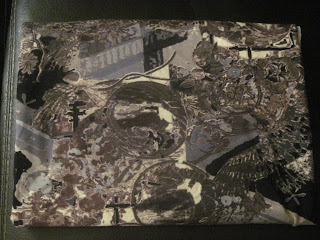 2 yards of this awesome rayon/lycra knit
from Elliott Berman
I did take a detour away from the group and alongwith Claudine & Alethia headed over to Daytona Trimmings to purchase invisible zippers (was missing some basics from the notions stash), 5 yards of 1" black satin bias binding and 8 of the cutest little pink mop buttons.

I had a great time and would like to thank Elizabeth and Robyn for thinking this up and then arranging for it to happen!