It's taking a lot longer the second time around...

Last March I put together the sewing workroom I'd been dreaming of after sewing in it's move-in state for about six months.  I had such joy taking the fabric out of the bins and getting it onto the shelves so that I could see & touch it again. Putting it in my sewing machines, knowing that I was setting up a place where I could spend many hours happily creating.

Well I've been home since Wednesday night and you would think that I would have gotten all of the fabric onto the shelves and out of the dining room.  Well you would be wrong.  It is taking f-o-r-e-v-e-r to get all of this fabric back onto the shelves...which I'm sure is caused by my total lack of desire to put it there.

I've spent a lot of time out in the street, shopping.  Yeah, like I need to be doing that right?! *LOL*  I've watched two seasons (6 & 7) of Grey's Anatomy on Netflix on my computer.  Did you know that it will play episode after episode without prompting?!  It makes it real easy to just sit and watch...ummm, which is what I did all day Saturday...

So Sunday morning I decided that I would get up early-ish and start putting fabric away since it was my last day off from work.  That went okay but not fantastic when I ate something terrible for lunch that laid me low...so nine hours later...I sat in the sewing workroom trying to put a few more pieces away before I headed back to work. 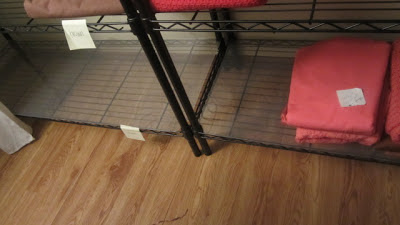 I guess I should be thankful that this is a short week (4th of July Thursday here in the States) that will allow me to continue to put fabric away...especially since my sewing mojo has fled. *sigh*  Would you like a little photographic evidence of what's not finished... 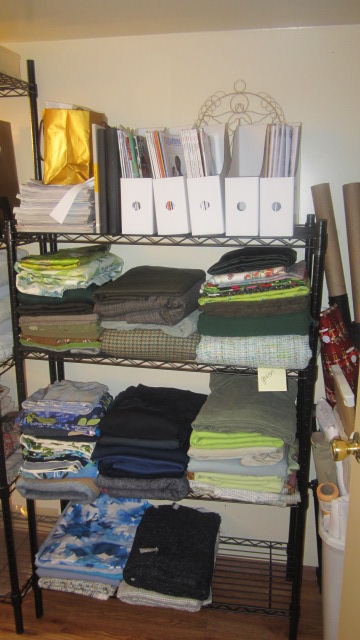 View from the doorway - blues & greens 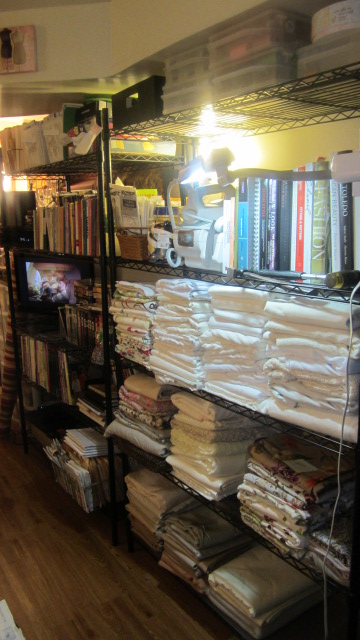 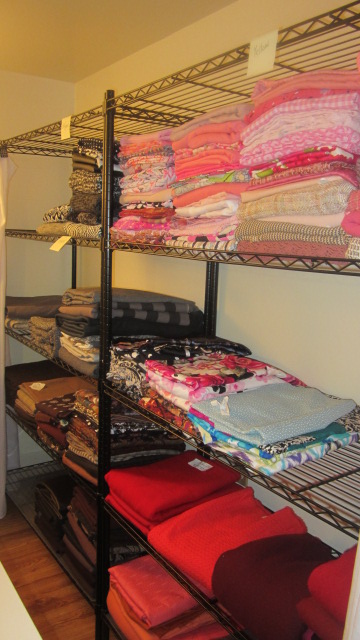 The main shelves against the back wall 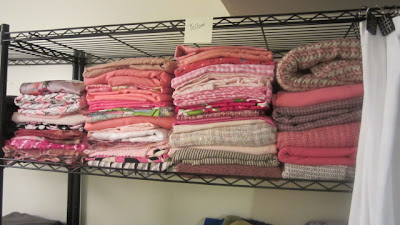 Only shelf that is totally fulled...there is still so much to do!

Yeah, close but not close enough...now would you like to see what's left in the trashbag collection? 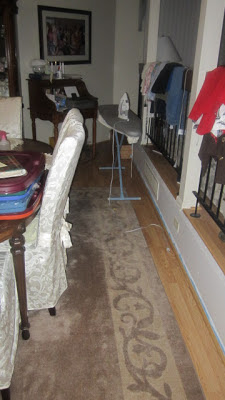 You can walk through the front
half of the dining room now! 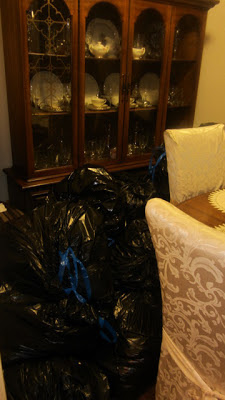 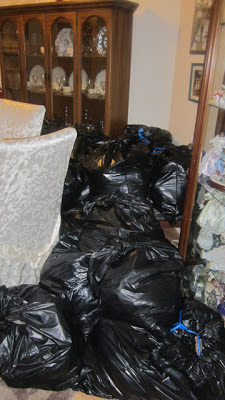 Still so much left to unpack!

Oh and this doesn't include the bins that are in the garage that I want to somehow stuff onto the shelves... 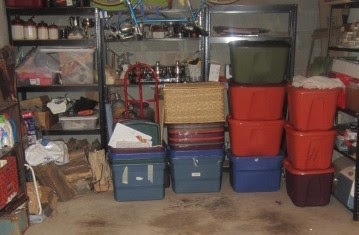 Which honestly, I'm worried won't fit...but that sad tale is for another day.  Just wanted to update on the progress of getting the fabric back into it's rightful place. Let's just say it's going slowly...very slowly *LOL*