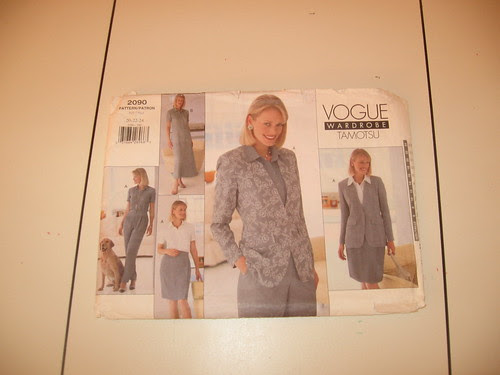 I made this third version of the dress in May 2006. 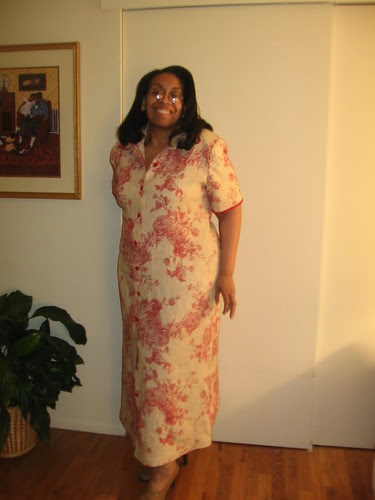 Gawd, is that a bad picture...but anyhoo, I loved this dress and it still hangs in my closet to this day, as does version 2.  The first version was from an amazing seafoam green linen that I have no picture of since it was made pre-blogging days.  I also used it to make a black wool crepe version for my 2007 SWAP, Corporate Chic. (Interesting side note: only the SW Mission Top is still in my wardrobe - everything else has been donated.)

Since I've been moving things around due to the great sewing room redo, I've looked at some things that were stashed that I haven't seen in awhile.  When I touched this pattern it brought back such pleasant memories, and I've been wanting a summer shirtdress, so I pulled it out. I made my last version of this dress 6/7 years ago. When making it this time, I decided to use my TNT dress pattern to check the fit and to shorten the dress.

Alterations were made to the dress using my pattern sandwich method.  I shortened the pattern so that it would be knee length.  It will also be sleeveless to work with or without a cardigan. The only embellishment will be the buttons and the topstitching.

I originally chose a pretty spring green floral linen for this... 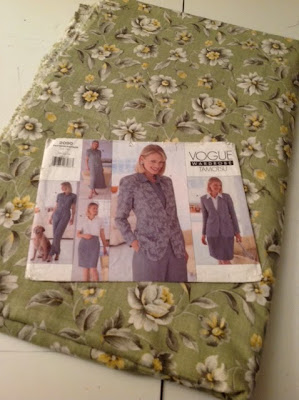 ...but after pondering on it for a week I went with a marine blue linen. I really wanted a colorful dress that would fit with my corporate environment but not stick out like a sore thumb.  So I put the green floral linen back on the shelf for another time.

Some details...
Fabric ~
Marine blue linen from the collection

Construction details...
The pattern alterations were simple.  I used my TNT dress pattern as a basis to make the alterations to Vogue 2090, adding some width to the hips and abdomen and to shorten the dress' hemline.

Construction was easy especially since I've made the dress a few times.  I added white topstitching to the collar and the front band.  The armholes were finished with white bias binding and rayon seam binding was added to the hem.  I also made a matching belt trimmed in the white topstitching.

Here are some of the construction photos... 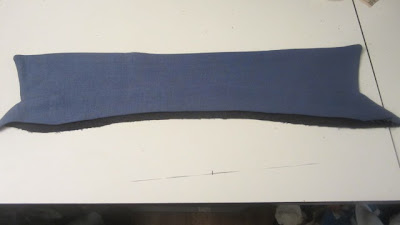 Two piece collar prior to topstitching 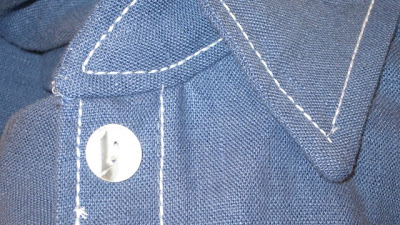 Collar and front band of dress 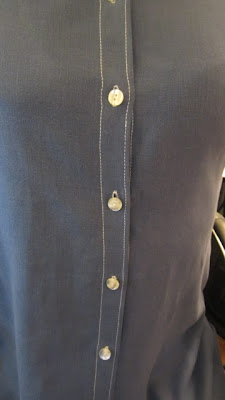 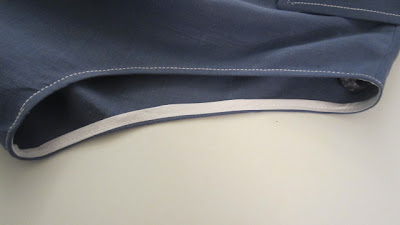 
Pictures of the finished dress... 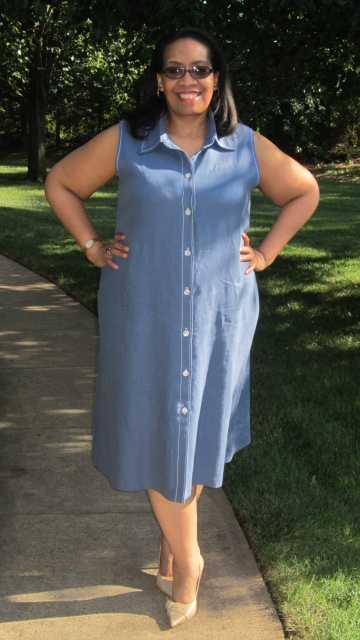 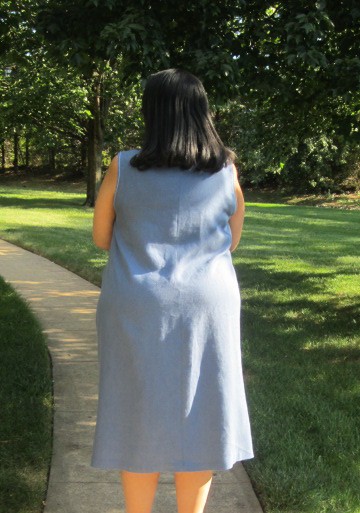 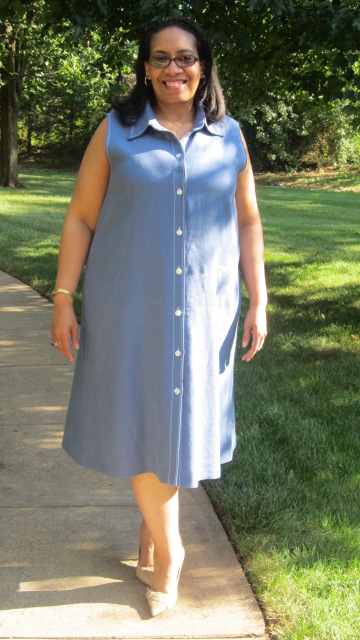 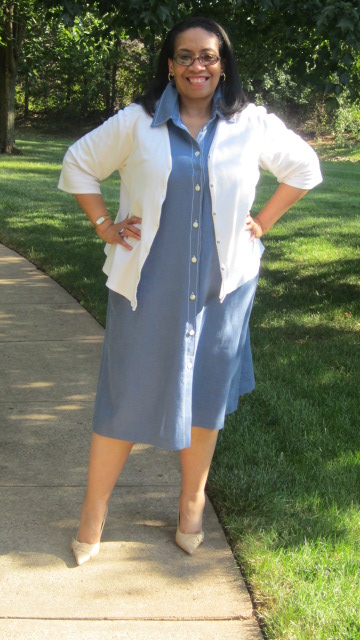 I have to tell you that there were a few things I could have done better on this version...

1.  The armhole is too large.  I was able to take some in on the sides to prevent some of the gaping but it is still to large.  It will wear best with a cardigan, not alone, but I don't want the pictures to make it seem as if it's a perfect sew.

2.  The buttonhole placement is off.  Normally I start with the buttonhole at the center of my bustline and then space the buttonholes from there.  I didn't this time and there is a gap at the bustline where the top is pulling.  So I added a safety pin for the photos but will be adding a small snap for future wearings.

Although I liked this dress on the hanger, I'm not sure I like it on me.  I will need to wear it to work to see.  I wanted to make a ponte knit version of this for the fall but I'm putting it on hold now because I just don't know.

Lastly, this is a great picture of my daughter (my photographer) and my granddaughter. 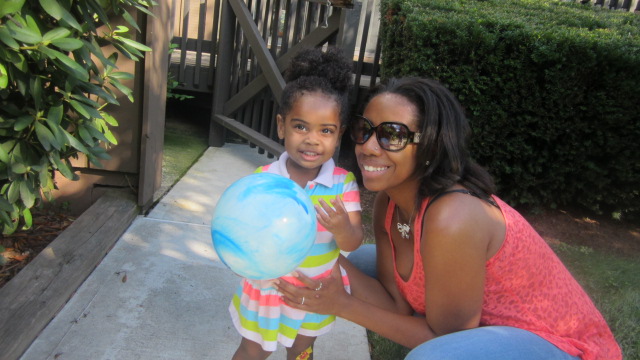 Two of my three daughters, grandchildren and significant others came by this weekend to visit.  It was nice to have them here but honestly the quiet when they left was just as sweet.


Posted by Carolyn (Diary of a Sewing Fanatic) at 9:17 PM