This is my third version of the button down shirt mash up. Halfway through finishing my second version I knew I wanted more. I thought two more but the fabric I used for this one pretty much squashed making a fourth one right away because this fabric was so needy.

Here is my finished garment ~ 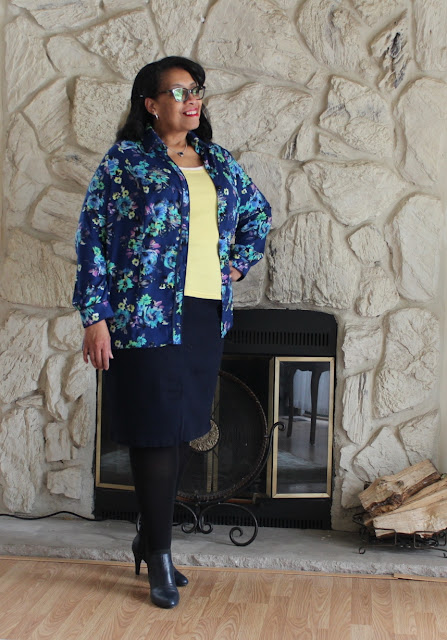 ...and the picture from RTW that inspired it ~ 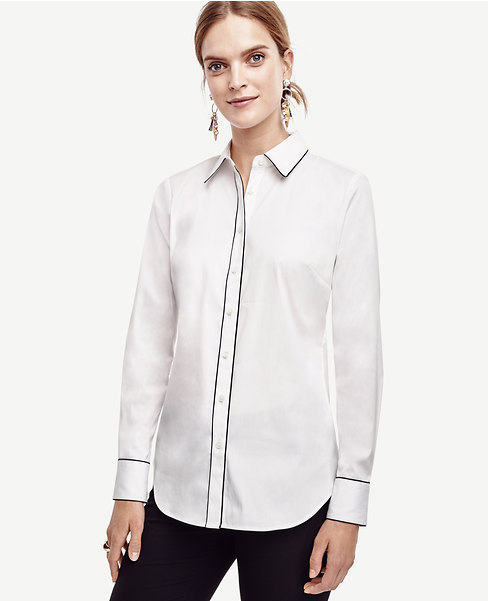 I started with another precut from Fabric Mart. I bought this one because I thought it was pretty on FM's site but it was stunning when it arrived. It had a really soft hand even after washing. 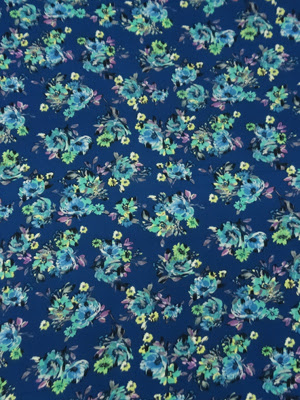 I'm enamoured of these precuts because they are bright, floral and/or print and 2, 3 or 4 yard cuts. I've bought quite a few and all of my recently made button downs are from precuts, as well as, my version of Vogue 8772.

Since this fabric was soft I needed to add a lot of support to it. It frayed when you looked at it. It was limp and it pulled out of shape with handling. So I added lightweight fusible interfacing to shoulder seams and the Design Plus fusible tape to the necklines and button placket to stabilize the plackets for the piping I added. 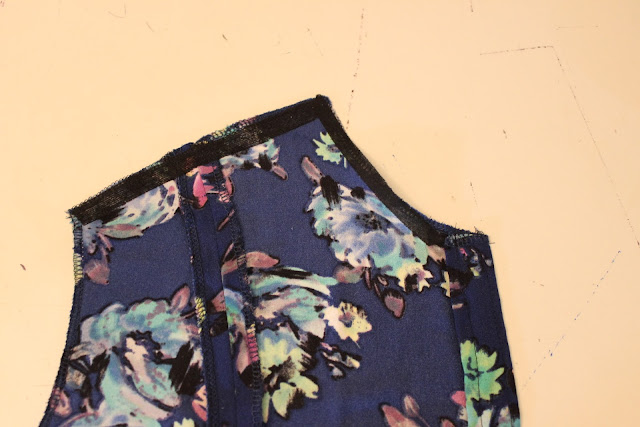 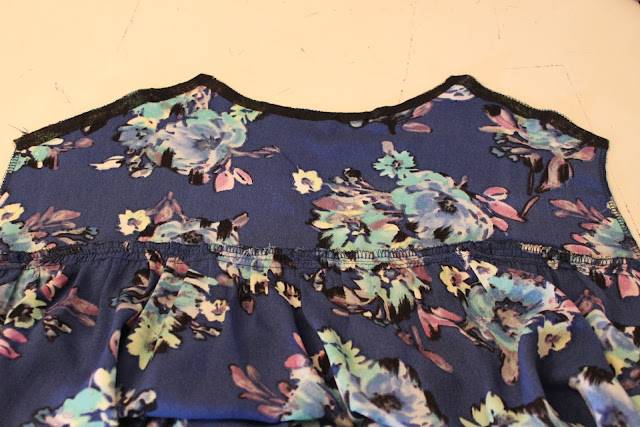 The piping was a major part of this button down. After making the blue and white one that had piping on the collar and cuffs, I realized I really wanted the piping down the button blacket too. So for this one I set out to pipe the collar, cuffs and button placket. 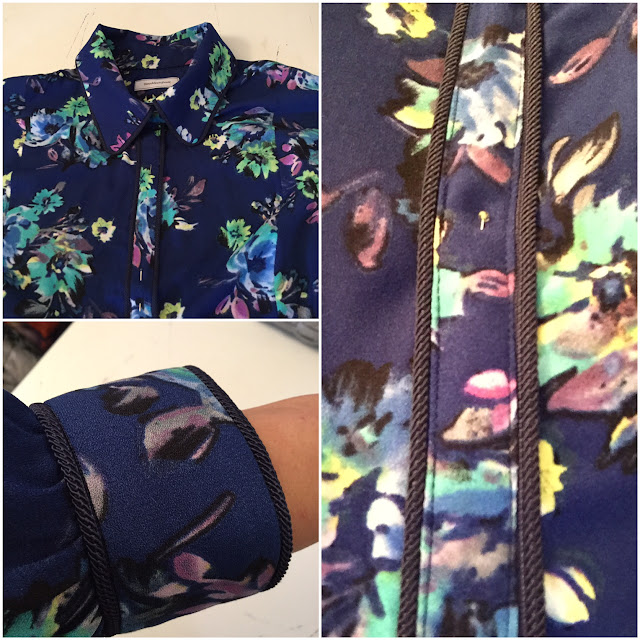 Adding piping to the button band ~
The cuffs were made the same way that I made them in this post. Adding the piping definitely lengthened the amount of time it took to make the shirt. Otherwise the construction process was exactly the same as the last two except there is quite a bit more handstitching involved in this one.

Here is a close up of the vintage buttons that I used on the front of the button down. 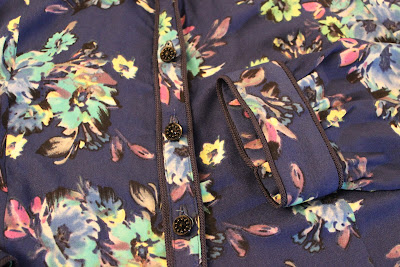 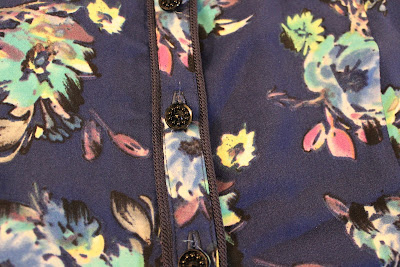 A few pictures of the finished button down ~ 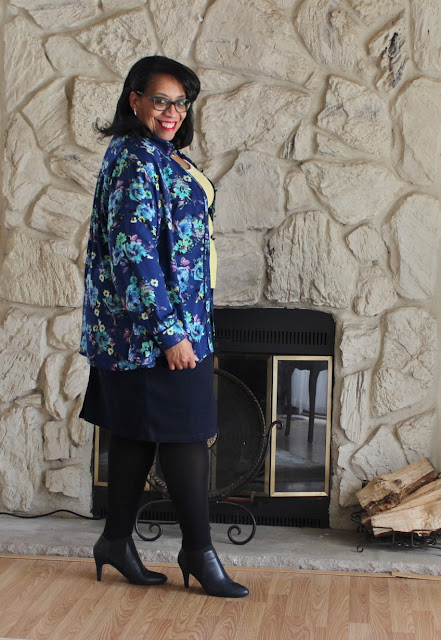 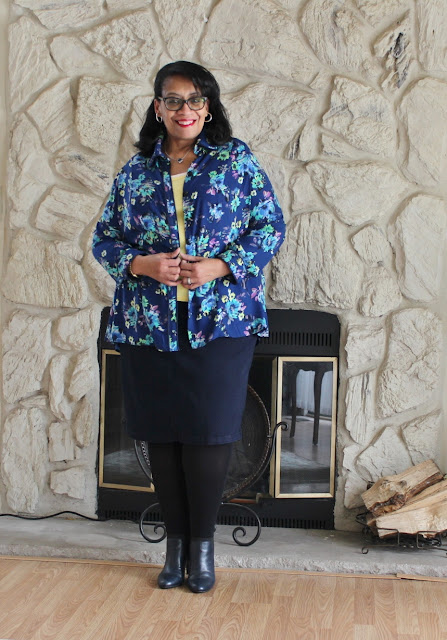 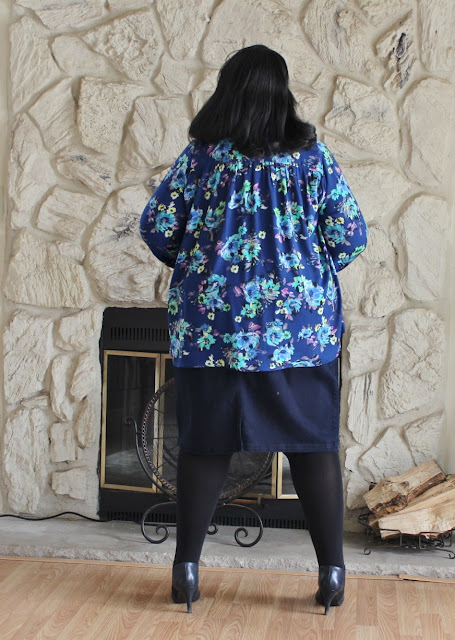 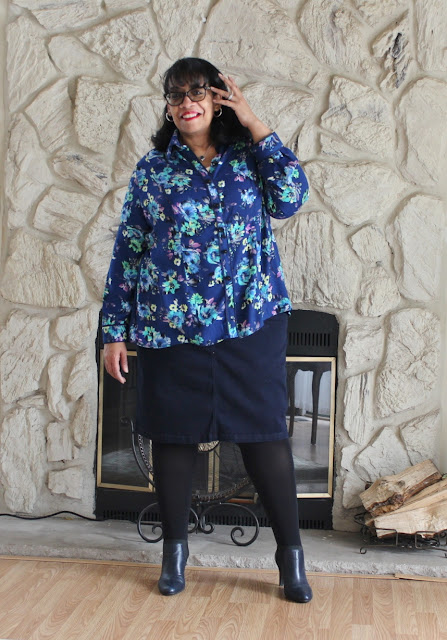 Conclusion ~
This fabric was so needy that halfway through the construction, I'd sworn off making any more button downs any time soon. Then in this month's Threads, there is an article about how to add binding and ribbon to button down collars and cuffs and I got the fever again.

So I probably have another one or two I want to make before the weather turns really warm...and I'm kicking around an idea about lengthening the pattern pieces to dress length. We will see what actually comes out of the sewing cave. I won't say that I'm not going to use this pattern mashup again soon since I have a list of items in my head that I need to work on.

More tops are up next on the blog.


Posted by Carolyn (Diary of a Sewing Fanatic) at 3:00 PM