After finishing the Mildred Jumpsuit, I decided to sew something I'd previously made.  I have a drawer in my cutting table holding the projects I cut prior to the move. When I was going through the drawer I found this project and it coordinates so well with my jumpsuit that it had to be sewn next. 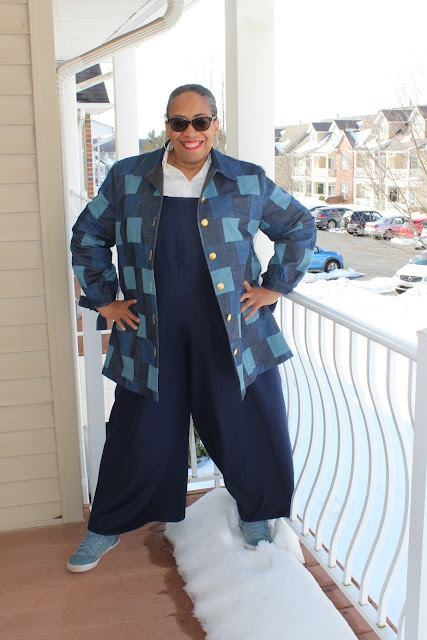 The reason I hadn't worked on it previously was, "Where was I going to wear it to?" Which has become the question regarding almost everything I think about sewing now. And in actuality has held me back from making some things, because WHY? I decided to finish this anyway for two reasons:

1. I needed to sew something I'd made before that would encourage me to continue to sew, and

2. Why the hell not? I mean the pandemic is still here almost a year later from when we originally locked down. It's going to take a minute to vaccinate everyone for us to get to our new normal...so I'm going with it and sewing things.

A patchwork denim fabric from Stylemaker Fabrics purchased in 2019. It's still available here. 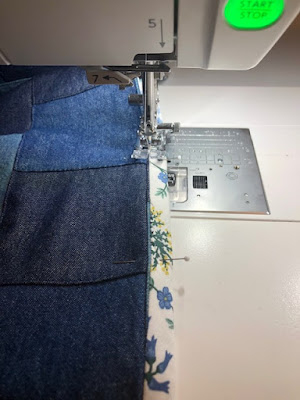 6 - 7/8" gold buttons from the deep stash button collection - I've had these for years! 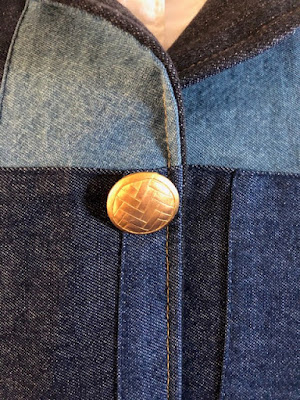 I cut this out awhile ago but I believe there were no additional pattern alterations that weren't covered in the other two posts about this jacket. I did make one change to the jacket from the other versions.

o  Instead of making the tucks in the sleeves, I gathered the sleeves into the ties.

o  At the same time, I also topstitched a tuck into the cut opening in the sleeve hem to make it fit a little tighter.

o  I used bias binding on all the interior seams since I really liked how the finishing looked in the first version.

o  However, I bought a 1" double folded quilt binding and that's just too much binding on the seams.

o  So I cut the binding at the main fold basically cutting it in half and giving me a lot more binding for my money.

o  Since I used denim from previous makes, I made sure the lighter blue denim was cut for the collar and cuffs.

o  The darker black denim scrap was used for the front facings.

Besides being extra careful sewing the seams because the denim's patchwork seams are bulky and making sure to grade the seams, I used three different thread colors on the jacket. 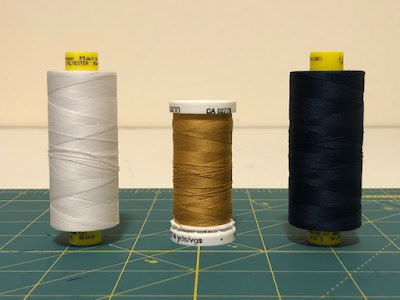 Yes, I have thread coordination issues...but choosing to topstitch in the gold jeans thread tied everything together and gave it a true denim jacket feel to me.

To make it easier for the automatic buttonholer I trimmed down all of the seams that were near the buttonholes. And STILL in some places the sewing machine struggled. I managed to get the six buttonholes made with patience and slow sewing...also accepting when they weren't perfectly lined up.

There is a little more and less space between the buttonholes because my sewing machine DID NOT care about being accurate when making the buttonholes. One is downright crooked but I'm leaning into the fact that my machine made all of the buttonholes and I didn't have to unpick any of them. 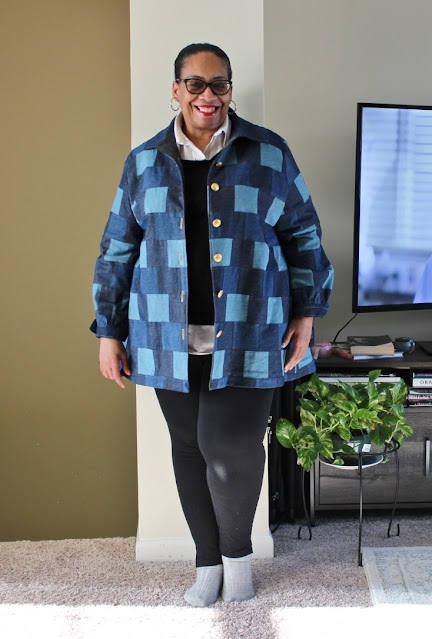 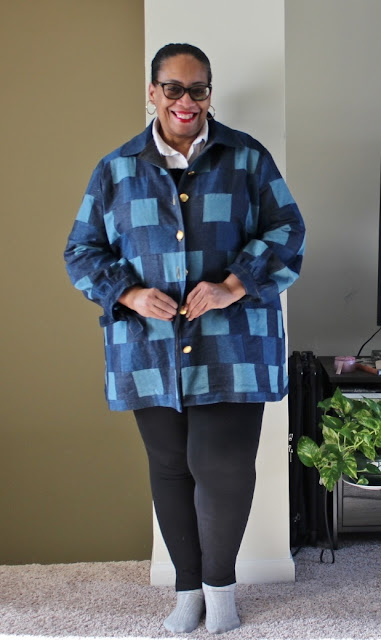 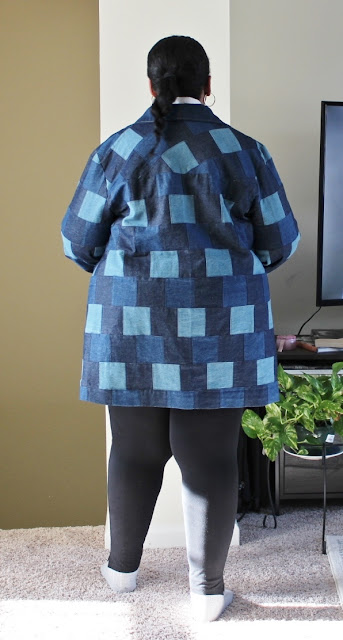 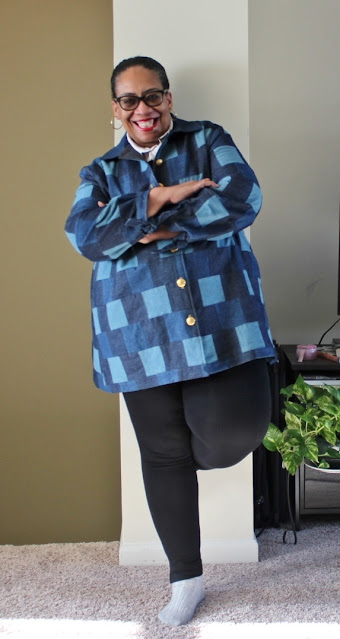 This will be the last time I use this pattern for awhile. I'm just not wearing jackets cause I'm not going outside. And at the rate America is vaccinating folks, Imma be working from home quite a bit longer.

I pulled some fabrics to make some winter Myosotis dresses so that's what's coming to the blog soon.