I originally purchased this fabric from EOS to make a skirt...a skirt where the stripes went horizontally...yeah I know but I just can't help breaking the rules! Then I found this necklace at a local store called "Billto" in a new mall that has a lot of upscale stores: 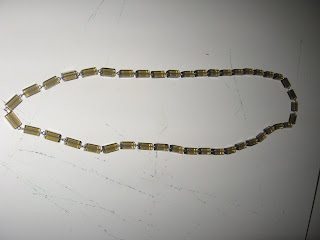 I loved this necklace and it reminded me of the EOS Ralph Lauren linen so I bought it and another version of my TNT dress was born. However, this fabric is a very crisp shirting type linen. After a trip through the washer (hot hot water) and a very hot dryer, it had lost just some of its crisp properties. Even though I love the wrinkles that occur with wearing linen, I really don't like those crisp deep ones. So I underlined this dress with silk organza, to help minimize the wrinkling. 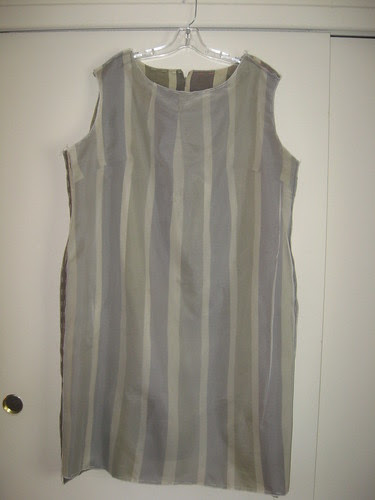 I used an invisible zipper in the dress because I just didn't want to interrupt the stripes. I am pretty proud of the invisible zipper in this dress and I have to give a shout out to my daughter who reminded me of some helpful tips for its insertion. Then I added a lining - a plain old lining no lace at all at the hemline. 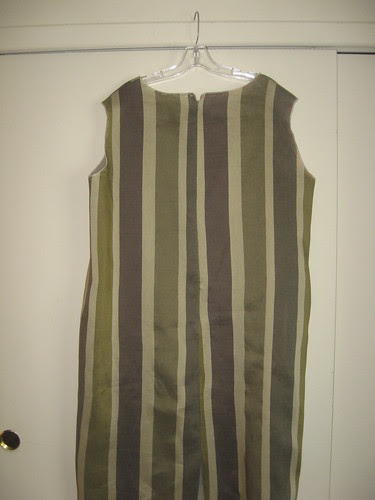 Some finishing touches and the dress was done. I love the slimming aspect of the stripes - a horizontal orientation would not have been as flattering! Okay some specs:

Fabric:
2 yards of linen from Emmaonesock 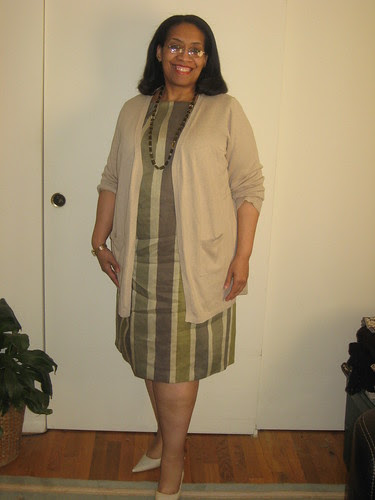 It's really just another summer work dress. But it will work well in my corporate environment as I prepare for total color domination that the yellow pieces will bring to my wardrobe! Construction pics can be seen in my Flickr album. Sorry to send you somewhere else but its just easier to download to the Flickr album, than to try to get them to work on the netbook!