July has been good to me!

My sewing mojo blew the roof off my sewing nook this month!  I finished eight, yes 8 garments this month!

The month started on a sew-sew note...cause that architectural dress kicked my *ss!  And honestly though it's done, I will probably never wear it out of the house in it's present state...it just needs to be reworked.  However, that pleated front idea is still playing with my mind...as evidenced by the last garment I made this month: 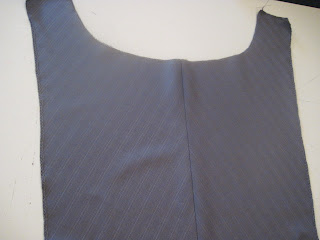 the chevron stripes on the center front of the dress
So the breakdown for the month is as follows: 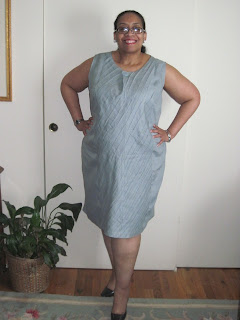 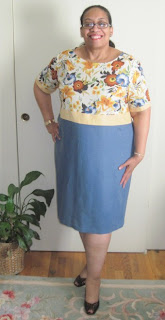 (I love wearing this dress - it's just fun!) 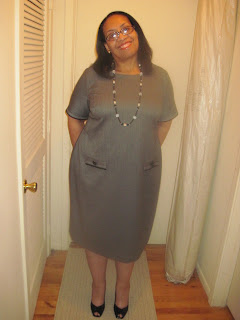 named for the Vera Wang fabric I used to make it!
and the Gray & White Chevron Front Dress 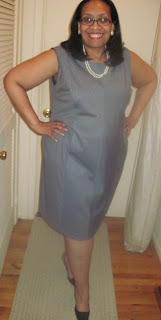 and three quickie straight elastic waist skirts.  But even better than that...because even though I fell off the fabric wagon (why doesn't that thing drive straight and avoid the curves so that we are continually falling off the thing and climbing back on) buying 9 yards of fabric...I used 18 yards of fabric!  Isn't that fantastic!

Now I know my August totals aren't going to be that great because we have meetings at my job for the first two weeks that are all encompassing and exhaustive...so I might be doing more sleeping on the weekends than sewing!

However, Labor Day weekend kicks off my annual Sewing Staycation!  Nine days of all out sewing...what bliss!  It brings a smile to my face just to think about it!  I'm already creating a list of garments I want to sew...and as a reminder here is the Flickr Album of the items I made last year!

Here's a picture of The Little Prince ~ 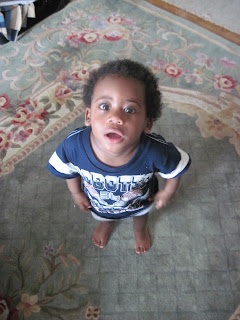 He's had his first haircut, is into everything and is over 2 feet tall!  He's gonna be a big'un!