July End of the Month Recap 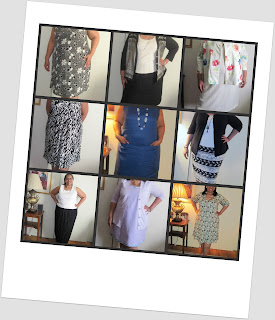 July is always a good sewing month for me.  I've looked back in the little notebook where I chart my sewing progress and except for September...I always do the most sewing in July.  I guess it's because this is the height of summer sewing and things just go together much faster...or maybe it's because it's light so long that even if I go out during the day on the weekend...there still seems to be time to sew when I get home.


I don't know if any of the reasons listed above are the reason why but historically I sew 7-8 garments during the month of July and this year I sewed 9.  Five dresses, two skirts, one jacket and one cardigan.  Four of the dresses are from new patterns...this must be a record for me because only one dress was from my TNT pattern!  Both skirts were quick and easy but added a bang to both my work and casual wardrobe.  And this month I sewed for both my work and casual wardrobe...again this must be a first!
I have two favorite garments from the month:

and my Rachel Dress 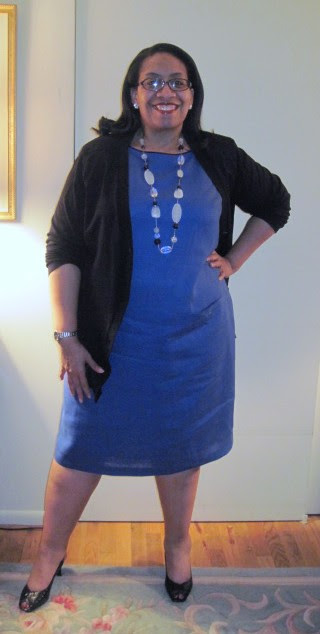 both will be made again...because I already know that I want a Rachel dress from wool crepe for fall/winter.

We just won't talk about how much fabric I bought this month...so much that I am calling a 30 day moratorium...that too seems to be a July problem!!! *LOL* I know that I sew alot but there is no way that I'm sewing as fast as it's arriving so I definitely need a cooling off period!

I'm headed into August thinking 6pac sewing and maybe another Vogue 9245 dress or two.    During the week, I am pretreating fabrics so that I'm ready to make the first fabric cut this weekend...

Finally, thanks to everyone who's left a comment on the blog recently.  I've appreciated each and every one!

When I went back and looked at the posts for 2009 and 2010, I realized that I had a picture of the Little Prince as "The Parting Shot"...I've updated this post to include one of him now...walking, talking and getting into everything!  His favorite movies are the Alvin and the Chipmunk series and he can sing along to them.  He is more than a handful and will be 2.5 in September! 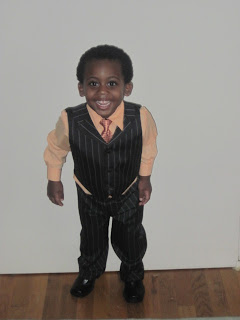