The Dries van Noten dress resonated with me from the moment I first saw it in the September 2011 issue of Elle magazine. I'm sure to some it looks like a mixture of prints that don't play well together but I saw a dialogue between fabric and silhouette...and that's what I was drawn to...

So my interpretation of that dialogue becomes Dress No. 21 for this year, Dress #50 from my TNT pattern and the third in the series of Designer Inspired Dresses.  To say that I love a dress is becoming somewhat of an understatement... 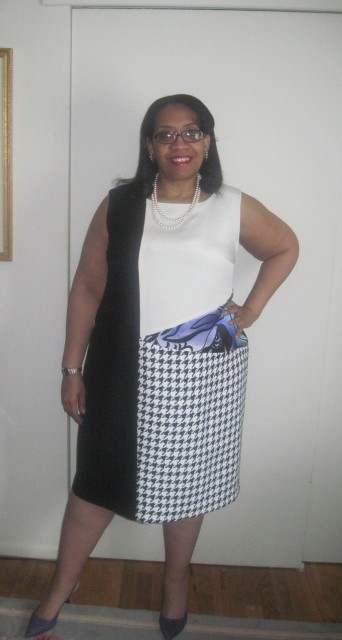 The Construction Journey:
After making the pattern alterations, I ended up with quite a few pieces...all of those pieces cut from single pieces of fabric needed to be kept separately so that they could be matched up correctly during the assembly process.  Someone referred to the Macy's Dress in the comments section that I made during last September's sewcation, and that was a simplier sew.  Simplier because I only made the interlocking pieces for the front of the dress and left the dress back uncomplicated.  The back on this dress does have a design feature...a little less design than I originally imagined but some detailing nonetheless.

The Dress Front:
There are three very distinctive fabrics used in the front of the dress.  At first glance they don't exactly coordinate...but pieced together they do speak to each other and I like the conversation they are having.  The first thing I did after cutting out the pieces was to beef up the printed silk charmeuse triangle by adding a piece of the lightweight silk used in the HeidiM inspiration dress.  I didn't want to have any difficulties with the weights of the fabric working together once the dress front was assembled. 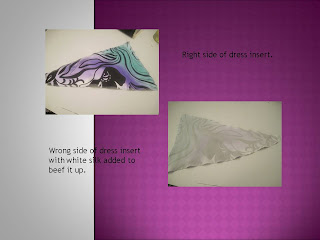 An additional concern was where all of the fabrics came together at a point.  To insure that it laid flat, I graded some of the seams, used alot of steam while pressing and my clapper very liberally. 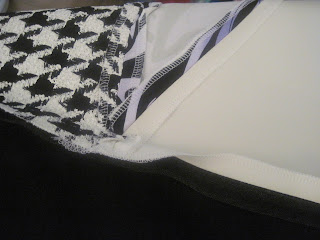 The other change in construction - is that my side piece is a little larger than the inspiration dress.  From what I can see in the photos, it is a slim piece with the fabric overlapping it in places.  I made my side piece a little wider (wider body/wider piece) and it works for the look I was trying to achieve... 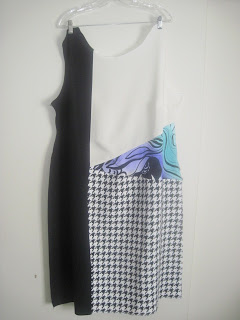 The Back:
I used the already altered pattern pieces from The Versace Dress back so the sewing wasn't complicated.  I deliberately cut the pieces so that there was a jag around the zipper to add a little interest to the back. 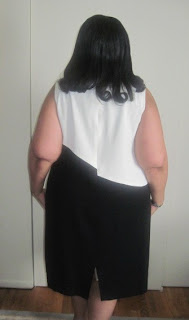 Originally I was going to add a strip of the printed charmeuse to the back hem...but as I worked on the dress, I decided against it...even though a piece of the print is on the hem of the designer dress.  Also, instead of using a 22" invisible zipper, I substituted an 18" invisible zipper.  The 18" zipper works as well for opening the dress to slide it on so it was no big deal to change that out. 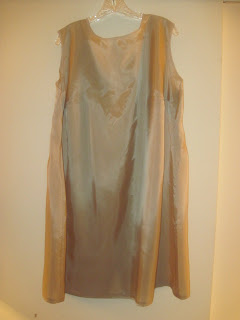 I used a beige bemberg rayon lining instead of a white one because I wanted to mute the opaqueness that the white silk/white rayon lining combo had.  No lace was added to the hemline of the lining. 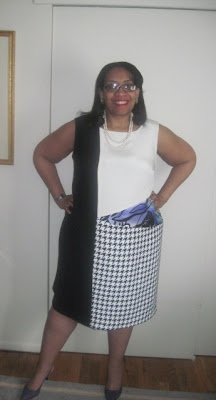 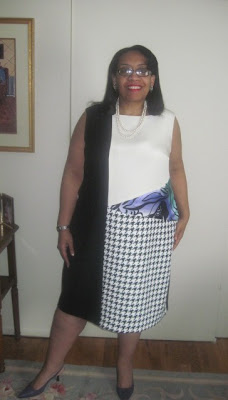 I have two more dresses that I want to sew in the Designer Inspired Series.  However, they will come to fruition later in the month.  After sewing three very labor intensive dresses (even if they look simple) it made me want to sew something quick and easy as my final vacay dress which I will share with you next.

I bought these shoes earlier in the summer.  They aren't what I normally purchase but I love the AK Anne Klein line of shoes and they are slingbacks another fave...but most especially they are purple!  I think they work perfectly with this dress that pushes my corporate world boundaries a little...just like my shoes. 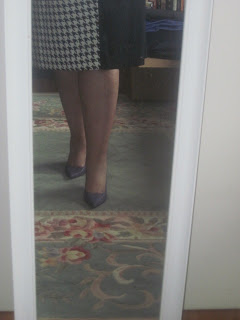 Shoe portrait in the mirror 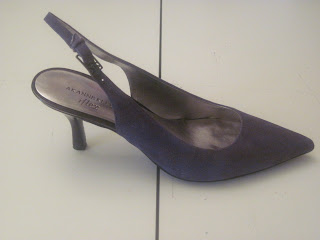 Posted by Carolyn (Diary of a Sewing Fanatic) at 12:01 AM