I'm a huge fan of piping and was heavily influenced by those ads Cynthia Guffey did for the sewing machine companies back in the 80s.  Not only were the dresses impeccably sewn with matching piping at the neckline and armholes but then they would have this awesome embroidery running down the side or at the hemline. Does anyone remember those ads, besides me?


So I've been adding piping to garments for years trying to perfect that look...and now twenty years later I have my own method (culled from reading books, taking classes and by trial and error) for inserting the piping into sleeve hems. This isn't the only way that I do this process but this is the simpler application and let me add the disclaimer here...I'm sure that there are more professional, correct, by the book ways of inserting the piping. This is just how I do it.  Sherry, who authors the blog, "Pattern...Cloth...Scissors" just posted a tutorial on how to make piping from beginning to end and add it to a waistline seam.  I would definitely check out her tutorial!


Okay now that we've gotten that out of the way, first after cutting the pattern out, I cut 1.5" off the sleeve hem and set the strip to the side. 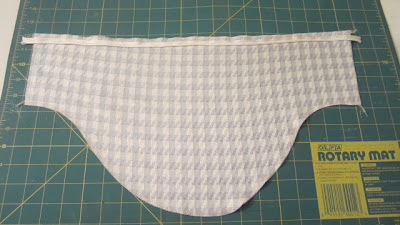 Then I hand stitch the piping 5/8" onto the edge of the sleeve
leaving about a 1/2" of piping on either side. 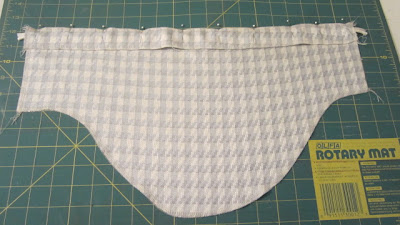 The strip that was cut off was serged on both sides.
Next the strip was pinned to the sleeve's hem covering the piping. 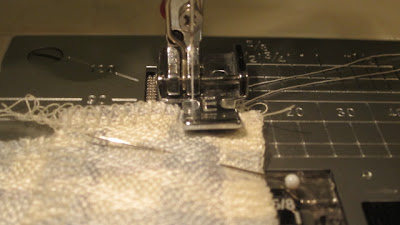 Sewing the piped edge down using my zipper foot. 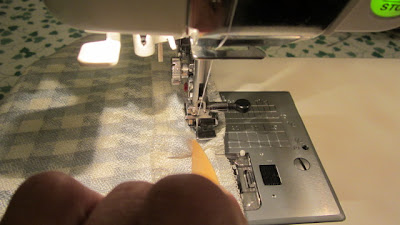 I use my bamboo point turner to mark a seam line as close
as possible to the piping so I'm sewing right up next to the piping. 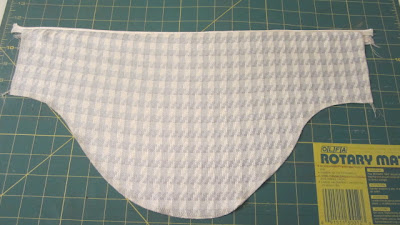 Right side of piping inserted in the sleeve's hemline 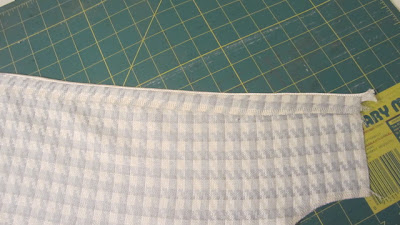 Wrong side of piping inserted into the sleeve's hemline 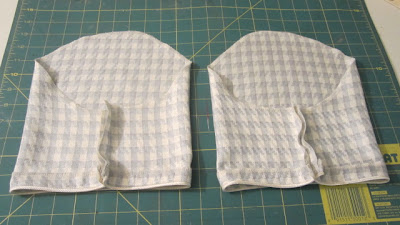 The sleeves with the underarm seams sewn but not yet pressed open. 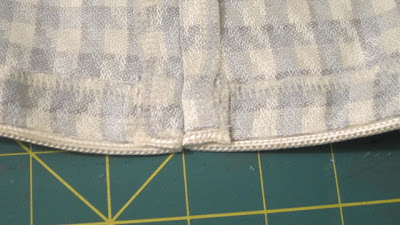 The underarm seam is pressed flat.  The extra piping cut off and
finished with a seam sealant (Fray Check) and then
stitch witchery is placed under the seam and pressed. 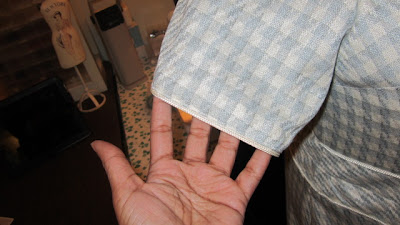 The finished sleeve in the dress after a line
of stitching has been added close to the piping.


Again, this is one of the ways that I apply piping to sleeve hems.  The other method involves applying the piping in the sleeve hem with the underarm seam sewn so that the piping is encased in the hem and the process can be found in this post.


I will admit that after all the hand stitching I did in the dress that I got lazy at the end.  If I were a "couture" sewist, I would have gone the extra mile and encased the piping.  But last Sunday I wasn't...and since I sealed the cut piping ends and stabilized the seam, I'm not worried about the piping fraying.  Now, I'm not recommending that you follow me off the cliff, I'm just showing you what I did in this garment.


As a follow-up, I've finished the lined flare skirt from the Ten Yard Adventure Wardrobe and I've cut out a wide legged pair of pants too.  I know they need some type of lining because they are a little see-through, I just don't want to lose the drapiness of the fabric, so I'm working this through in my head.


Posted by Carolyn (Diary of a Sewing Fanatic) at 9:20 PM

Labels: Construction techniques, The Anatomy of a New Dress