Here is the finished dress... 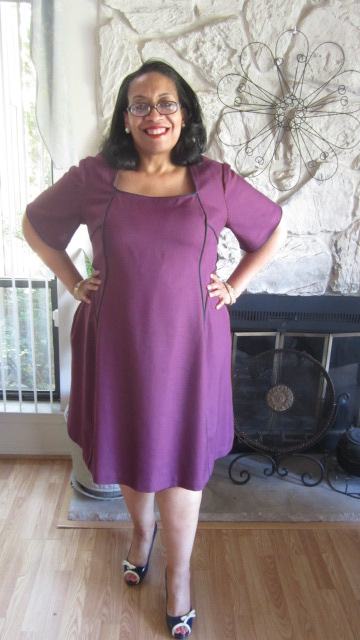 I'm starting with a picture first because I can't believe the danged thing is done and wearable.  Seriously, it was touch and go there for more than a few minutes but once I start hand stitching piping in, I've got to make it work.  So first some stats...

Construction ~
First there is ALOT of hand-stitching in this dress.  When I started the dress my first thought was that it was a great project for my sewcation because to make it right, I needed time.  Now I realize that it's great that I made it that week because otherwise it would have never been finished! *LOL*

Let's start with the piping...first the way I apply piping can be found in my posts here and here.  Originally I was only going to add piping to the side inserts but after I enlarged the center front panel, there seemed to be an expanse of  fabric stretching across the front of me...so I took the time and hand basted more piping into the center front panel's side seams before sewing the panel back into the dress. 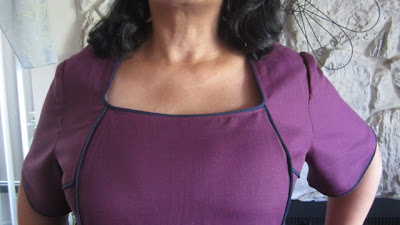 Now we know I had some serious fit difficulties because I can't keep ish to myself and I had to share my discouragement.  I'm sure that a muslin would have highlighted the issues I had before I laid the scissors to my fabric.  However, I can assure you that if I had to make a muslin first, I wouldn't have a finished dress now.  I'm just not that girl.  BUT, I won't discount the value of a muslin especially if you have several fit issues.

Second, some of my fit issues were definitely operator error.  I probably should have added 5/8" allowances to more than just the side pieces.  I may have inadvertently taken away some space by just laying the pieces on top of each other and assuming that they would work.

After removing and re-cutting the center front and center back pieces, then reinserting the invisible zipper, I was too through.  So the thought of trying to come up with a lining for this dress was just more than I could handle especially since I'd changed the dress pieces so much.  Talk about killing my mojo...I just wasn't going to allow that to happen!  I will wear a slip with it and deal with the wrinkling! 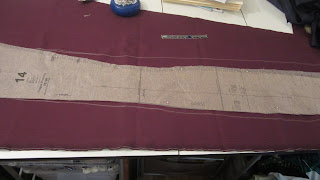 Adding width to the center back piece 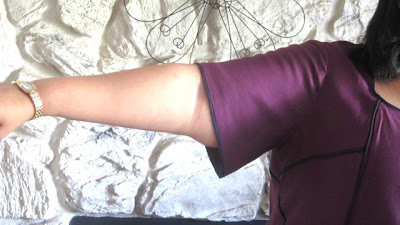 Piping at the sleeve hem, neckline and side seams 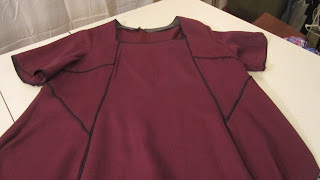 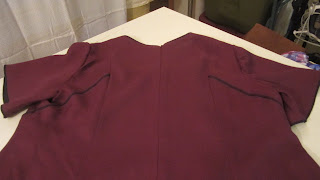 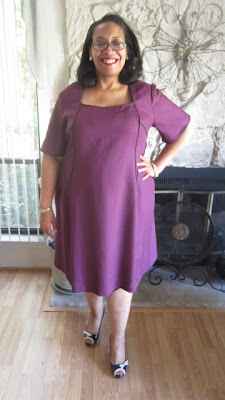 I'm so thankful that the dress did work out in the end, even if it does have more flare in the skirt than the original dress.  I'm a little sad that I didn't have enough fabric for the jacket but after the drama of the dress, I know that I wouldn't have sewn it during the sewing vacay anyway.

Also, I've been sick as a dog this past week...I even missed a day of work due to this horrible cold that I've managed to pick up from somewhere...so that's why it's taken a minute to get these pictures not only taken but blogged about.  The other two dresses will show up this week since I took pictures of all of them at once.


Posted by Carolyn (Diary of a Sewing Fanatic) at 7:26 PM