This lace dress has turned into an epic project!  I've spent 8 hours today working on it and it's still not finished...

Let's go to the photo evidence... 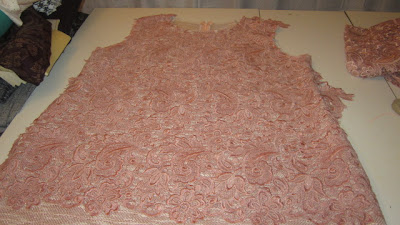 The lace hand stitched to the front of the dress 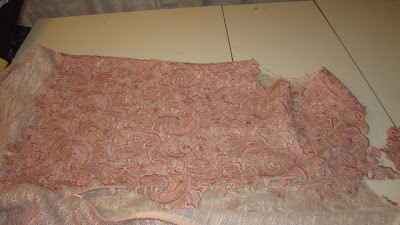 One side of the back hand stitched down

My daughter showed up earlier tonight to see if I was ready to take pictures...ummmm NO!  At that point I was just sewing the lining in...and for a hot minute I truly thought of taking some short cuts and finishing the dress up so that I could get the pics taken...

But then I came to my senses...let me tell you why.


On the honest tip, this project has challenged me because it's made me sew outside of my comfort zone.  I usually sew to have clothes so I don't always use involved techniques - mostly I just sew.  Hey I like clothes and I like having a lot of them.  I get bored wearing the same thing over and over and since I have the ability to make as many as I like, I do.  Call it the fulfillment of a childhood dream, or greedy or consumerism, whatever...

However this project didn't NEED to be this involved or epic I could have chosen a simpler lace project...but going along with my intent of using this opportunity as a Mood blogger to stretch my sewing skills and to sew as many different types of fabric as I can, I went there.

So my daughter went home and no pictures were taken.  She made me take a break and have dinner with her.  I'd been in the sewing cave since 10 am and had been sewing non-stop. She encouraged me to keep working on the dress without taking any shortcuts!  Love that child!!!

She won't be available for pics tomorrow since it's The Little Prince's fourth birthday!  Hard to believe that he's four already!!! 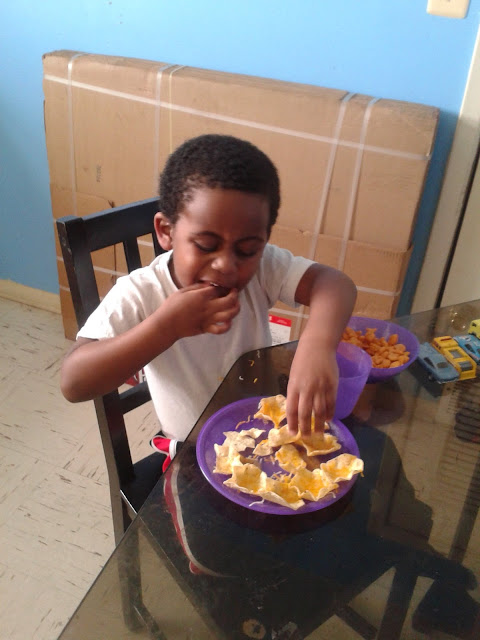 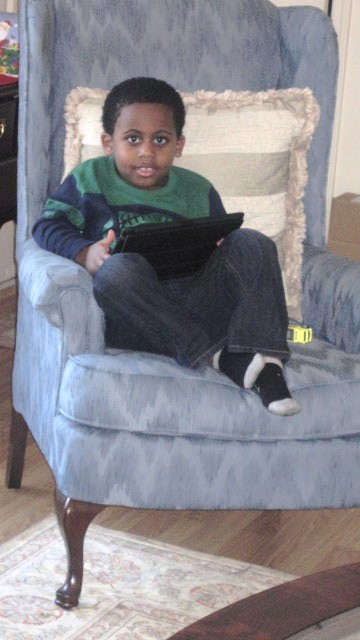 See those toy cars in both pictures,
he goes nowhere without them!

I've been excused from the birthday party (Thank God! - because a room full of four year olds and younger at the bouncy place is not my idea of fun! *LOL*) so I will take my time and finish the dress.  I'm actually looking forward to sewing the jacket because it's going to be a breeze compared to the dress.

Photo shoot will be Monday evening allowing me to just make my deadline for publishing on the MSN site Tuesday.  I swear next month I'm sewing something easy!  *LOL* I need a break from epic projects!!! 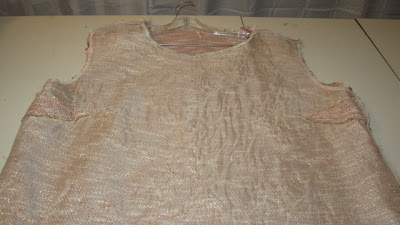 Inside showing the hand stitching and the silk organza underlining 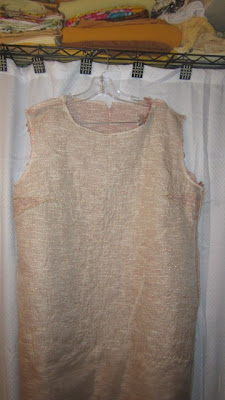 Full shot of the front stitched together 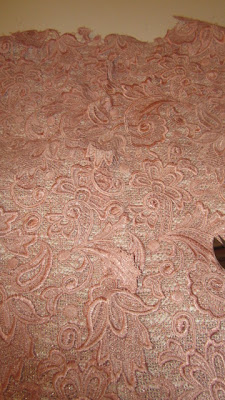 Trimming the lace around the
invisible zipper in the back

Posted by Carolyn (Diary of a Sewing Fanatic) at 10:47 PM