Yes, the spring bug has finally bitten me! As much as I want to sew more winter things, my heart isn't in it. And once again my thoughts are turning to a spring coat...who knows if I'll actually make one. I seem to come up with a million reasons why I can't take the time and sew one...but I would love to use this new pattern from Vogue... 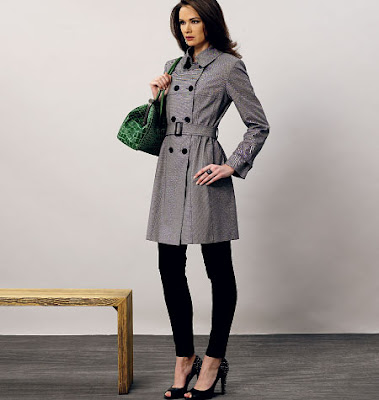 ...to make a spring topper from a black heavyweight ponte knit from the collection: 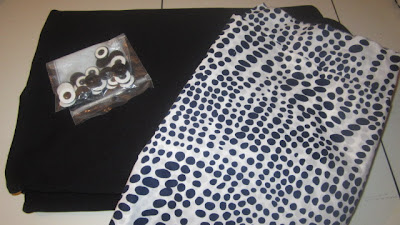 I have everything too - fabric, lining, buttons so I really should get on that!  We'll see!

Now that I have the sewing cave there is no changing over of the fabric, but I will be moving some pieces around and changing up what I'm going to make.  Oddly enough, I don't have a list yet. I just know that it's time to sew spring ~ the birds are singing in the mornings when I leave and it's light still when I'm headed home. Spring is coming and I need to get ready!  Besides, I have plenty of fall/winter gear to wear until it gets warmer.

On another note, I got a new boss at work this week so I won't be going on a big vacation this year.  I knew about the change earlier in the year which was part of the reason that I took so many vacation days in January and February.  It will just make work easier if I'm around. 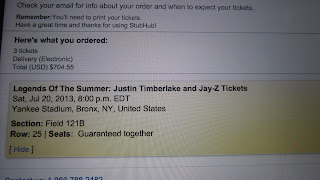 So since I have no vacation plans, I bought concert tickets to the Justin Timberlake/JayZ "Legends of the Summer" tour for me, my daughter and her friend.  I haven't been to a concert in years people so I'm kinda excited to see this one!  I listened to the new CD all last weekend (it was streaming free on iTunes) while working on "The Lace Dress" and downloaded it first thing Tuesday morning!  Geeky I know but I love that little 'Nsync boy!  *LOL*  So expect to hear more about this as it gets closer to the date!

I've also developed an obsession with Roksanda Ilincic's designs.  I love, love, love her Spring 2013 line and even though I made some basics awhile back instead of interpreting a dress that was burning a hole in my brain ~ expect to see interpretations of several of her dresses come from my sewing machine this spring/summer season. 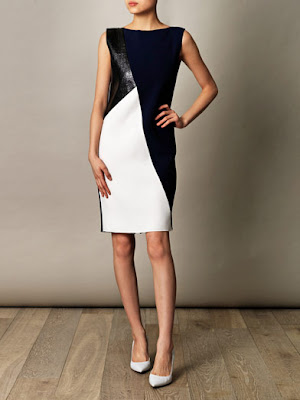 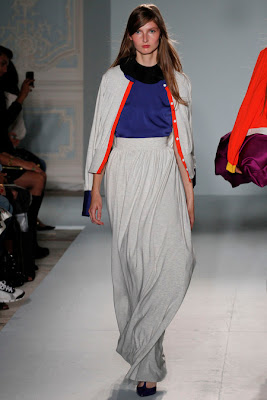 Love this cardi with the color blocked band 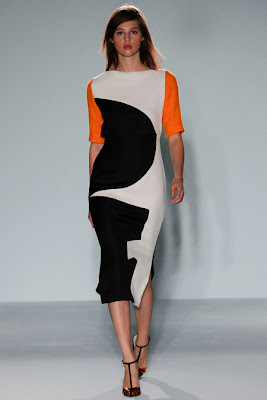 Love the unusual piecing on this one
with the pop of orange! 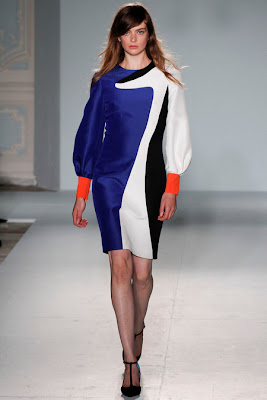 Well those are my ramblings for today...