Seeing the future of sewing!

A couple of weeks ago I was contacted by one of the Sewing Instructors at Fabricland in North Plainfield, NJ.  Every year they host a "Project Fabricland" contest for their students ages 12-18.  This is the 8th year of the program and they wanted to know if I was interested in being a judge for the competition.

Was I?!  I think I jumped up and down and screamed a little before saying yes! *LOL*  You know how much I love encouraging people to enjoy this obsession of mine.  The fact that I would be encouraging the future of our art form was an added bonus to me!

So hear are the deets...

First can I say that It.Was.Amazing!  I know that even though I loved to sew at that age, I wouldn't have had the confidence to enter a contest like this one. Most of the girls were a little shy but some were so confident, perky and amazing. The garments they made were so well thought out and quite a few of them awesomely constructed. 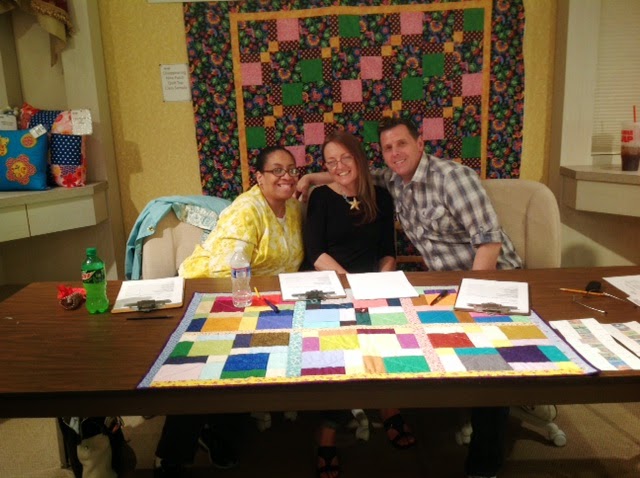 There were three judges, Tom - who is a costume designer who has designed and sewn for Broadway shows, as well local high school productions.  Jeanie - who runs her own sewing business doing anything from alterations to bridal and prom dresses and me.

We judged on the following criteria:

The scoring was from 0 - 10 with 10 being the highest point you could give.

Each girl came out and discussed her garment, it's inspiration and the construction technique. Some were very eloquent...some needed the assistance of their teacher.  All had been sewing at least 2 years, most more than that!

The garments ran the gamut from casual to prom like.  Most were made from patterns...but there was a self-drafted skirt...and a gown where the young lady had painted the fabric.

Inspiration boards were diverse also...one with a hand painted background, ribbons added, raffia, loads of wonderful details. Most were as well thought out as the garments.

It was the perfect way to spend an evening. It was also a glimpse into the future of sewing! It reassured me that sewing is going to live on and as an sewist who loves this art form, it makes my heart skip a beat with joy!

I took loads of pics ~ 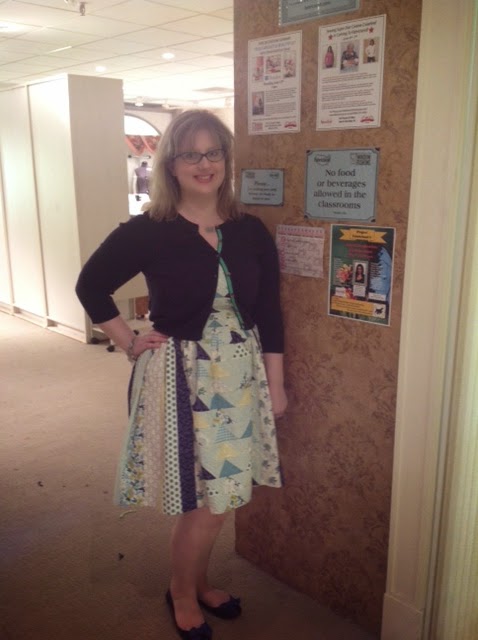 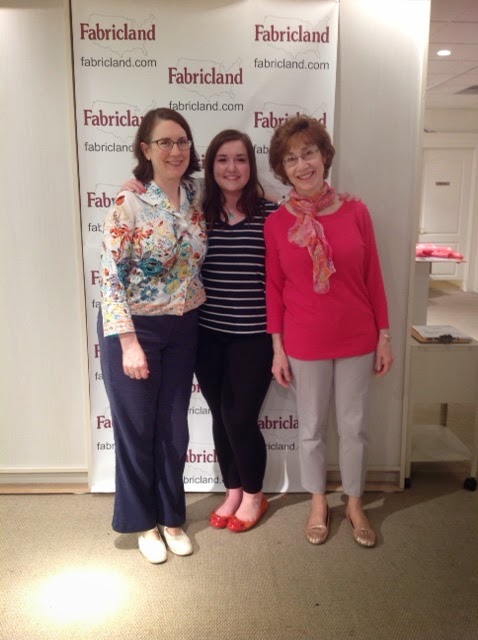 Erika - her blog is: Erika Made It              Nancy and Chris the sewing instructors
along with one of the contestants 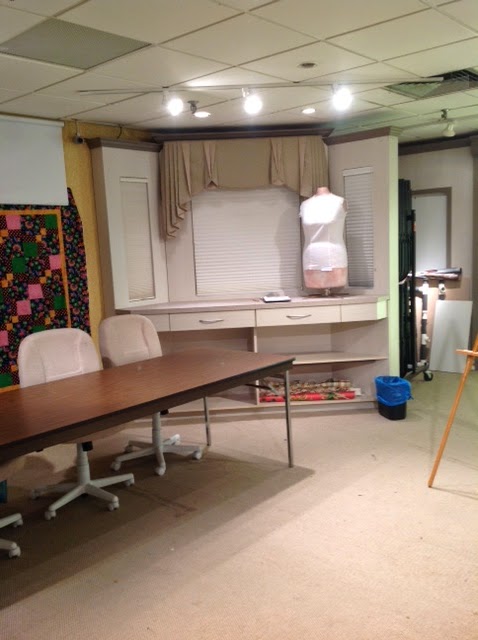 
Pictures of previous contestants in "Project Fabricland"
and students work... 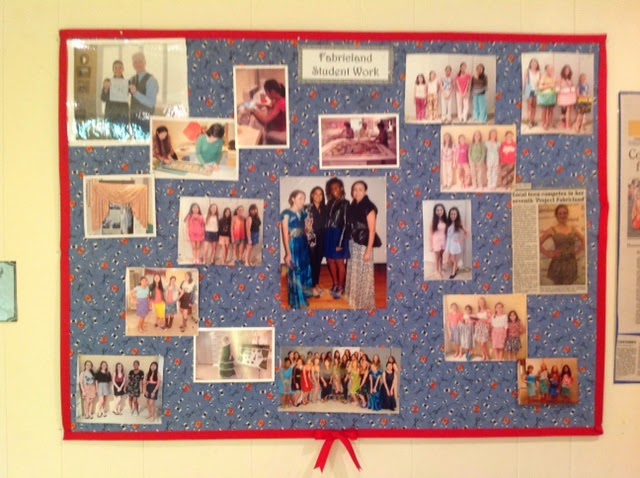 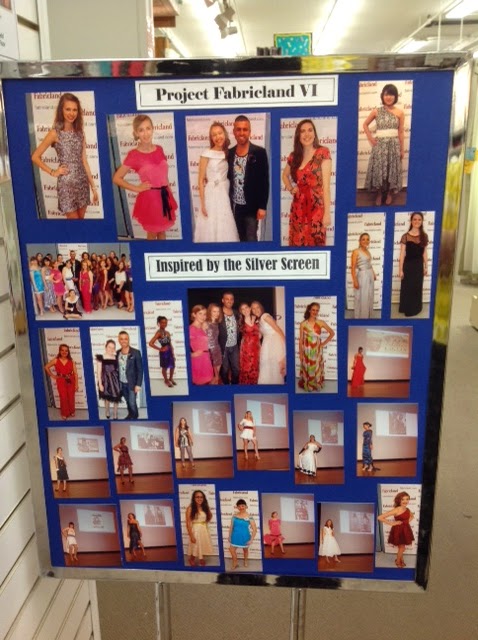 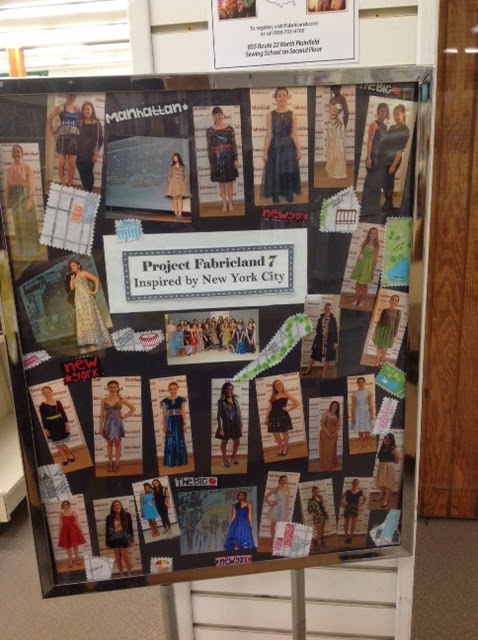 I hope if you live in the area and have an opportunity to come by that you will. I plan on being there and hope to see you there too! 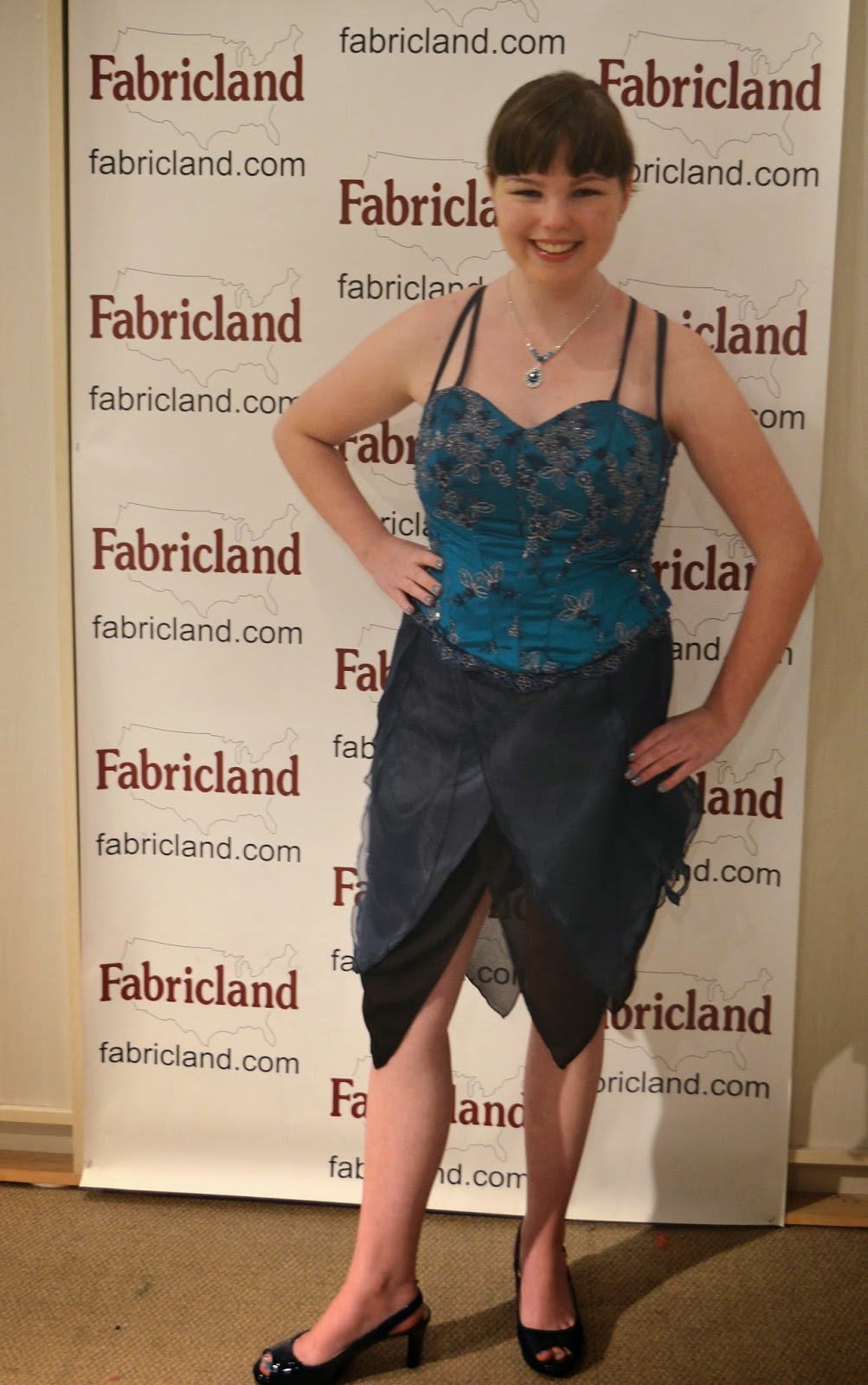 Her inspiration was a butterfly! 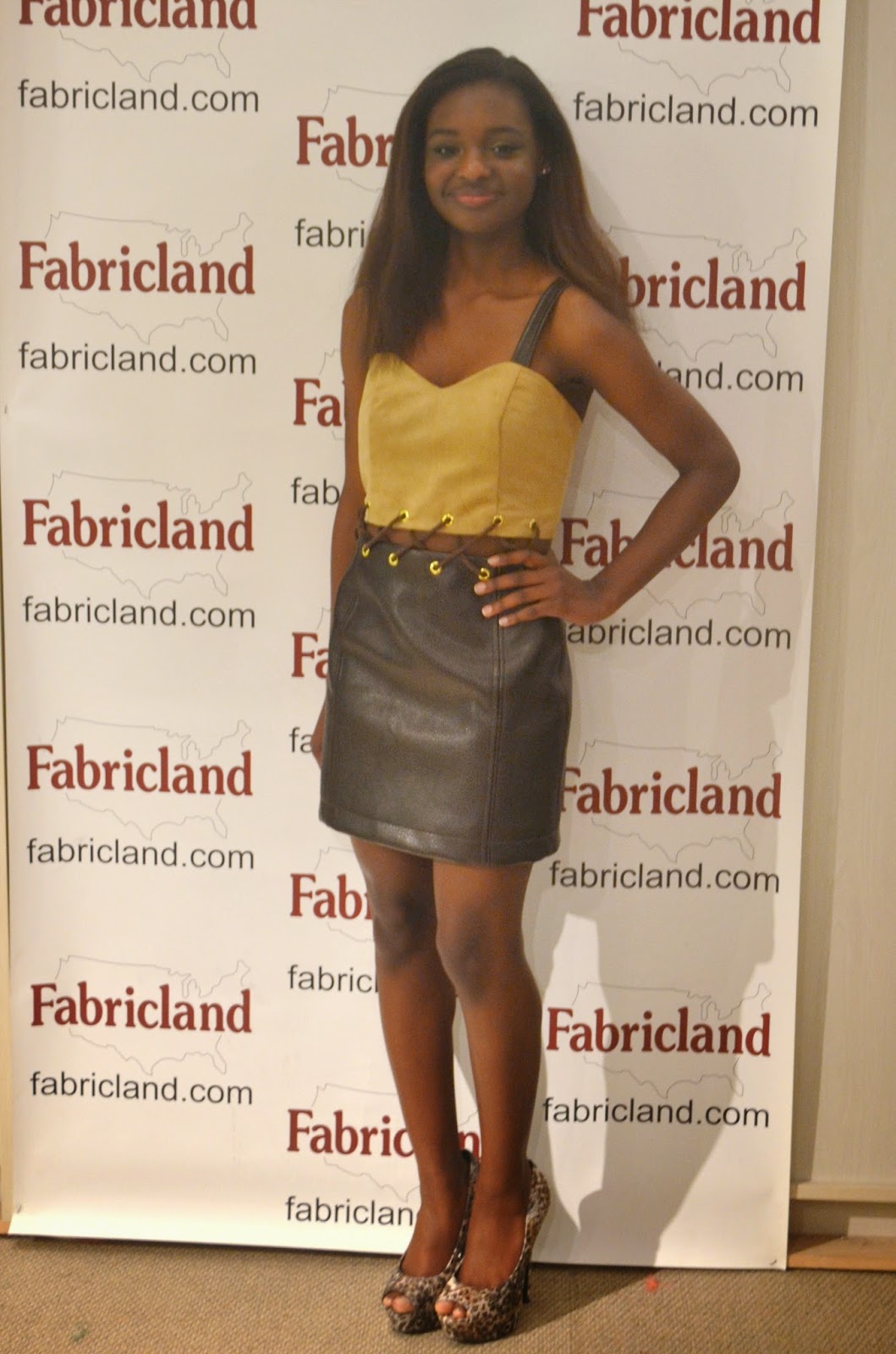 Her inspiration was a lion! 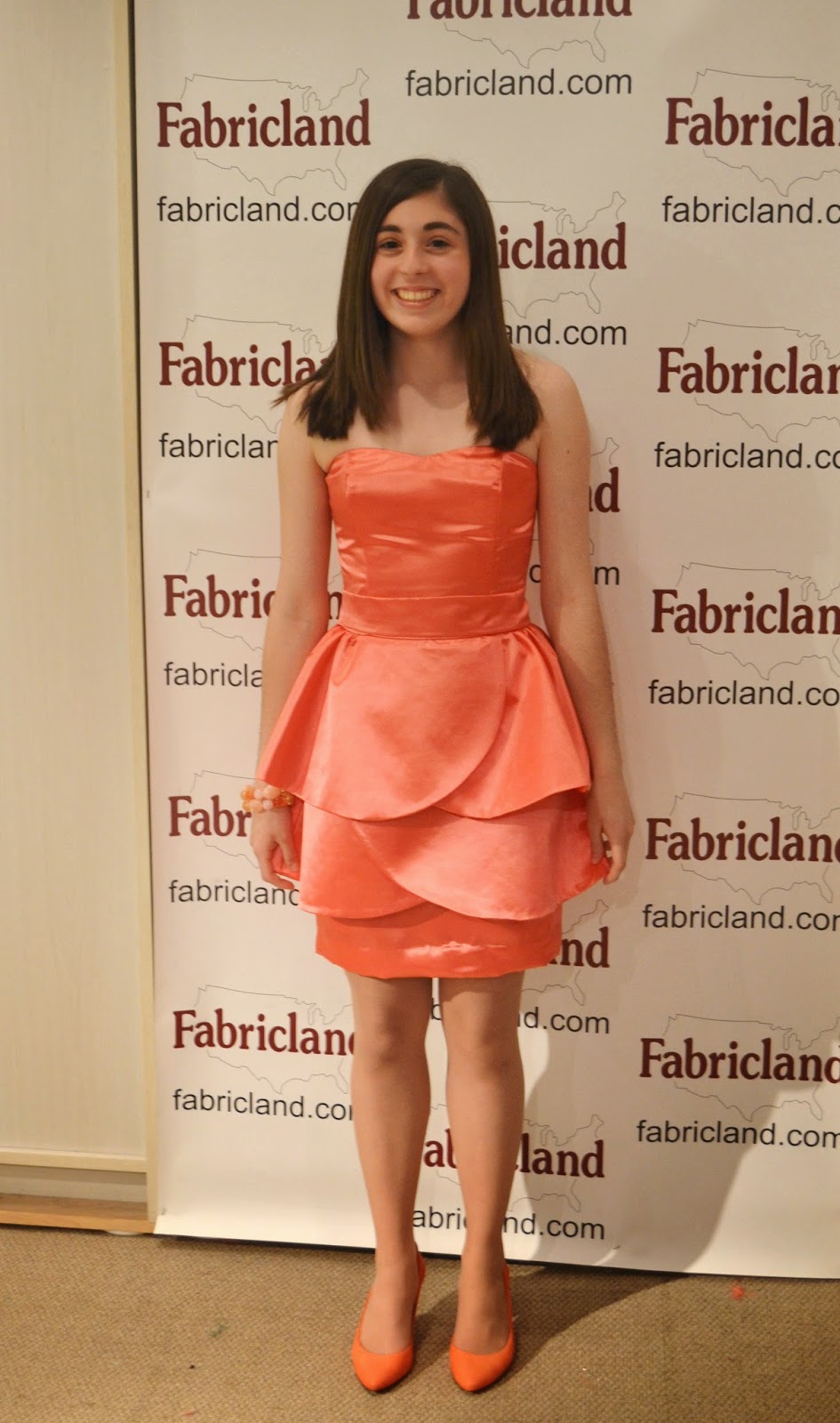 Her inspiration was a salmon!


Posted by Carolyn (Diary of a Sewing Fanatic) at 4:27 PM