I knew I wanted to sew this pattern as soon as it appeared online. 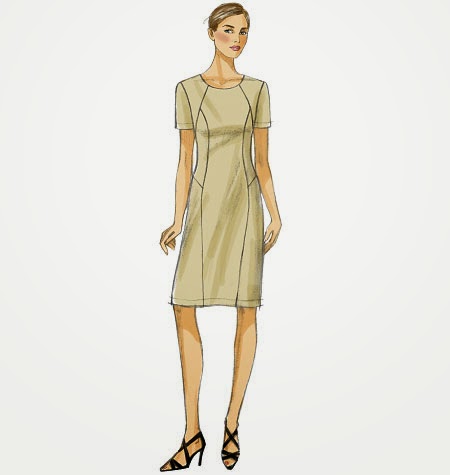 Especially since it reminded me of Vogue 8799 which I made in August 2012...though I was never thrilled with my interpretation. I mean I finished the dress and wore it then and again last summer, but it really wasn't the silhouette I wanted.  The line drawing above is the silhouette I was attempting to create.

So for this version, I couldn't decide if I wanted a black and white combo or a single color with some type of embellishment.  I finally decided that I wanted my dress to say spring! So I chose a lt. spring green linen that had been in the collection for awhile and some white piping to embellish the seams. 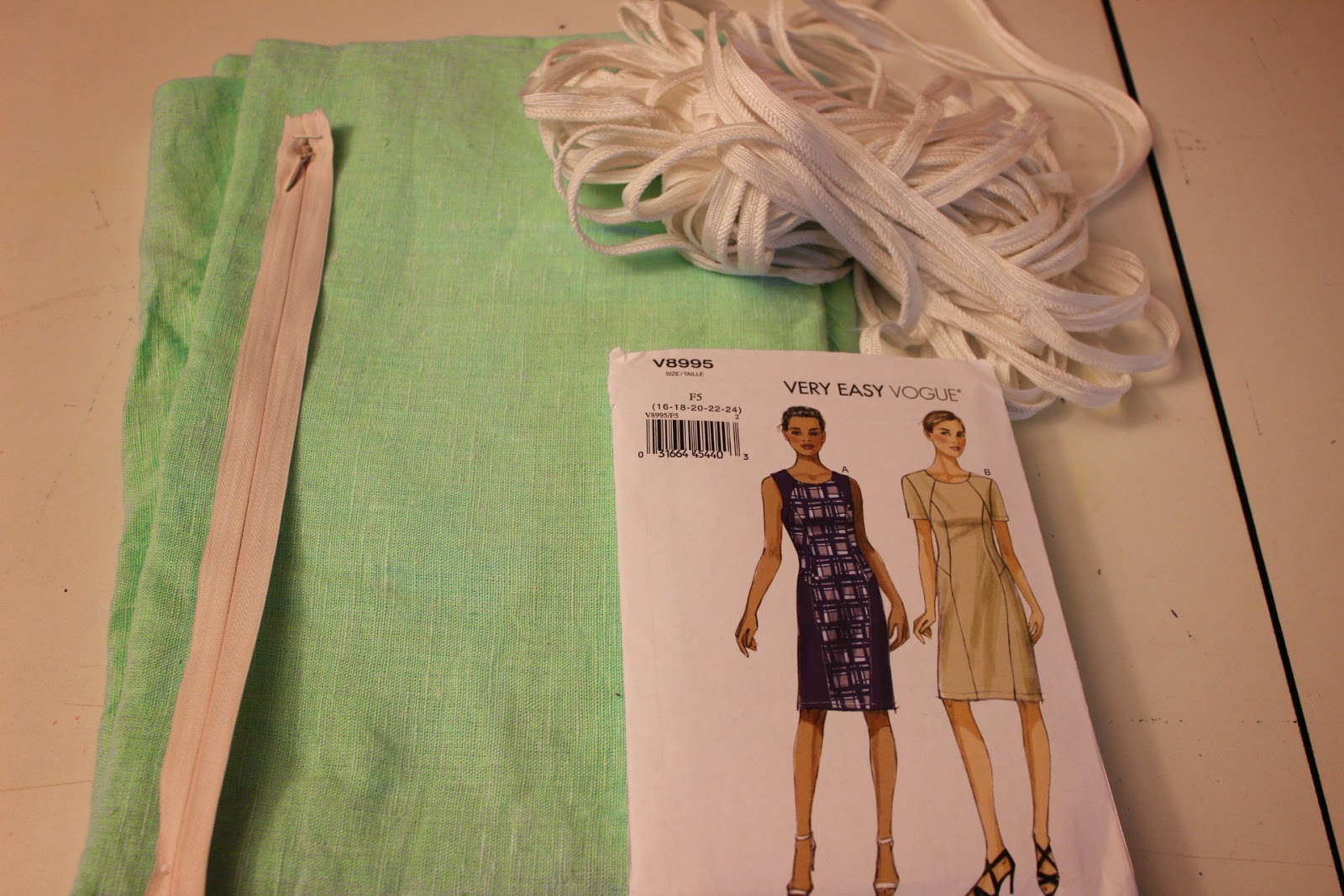 Pattern Alterations ~
I know making a muslin is very popular in the home sewing community but I hate making muslins.  Hey, just my point of view.  So I made pattern alterations by using my TNT dress pattern as a basis for checking the pattern pieces.

Back Pattern Pieces:
I started with the back pieces first.  I'm presently using a 4 piece back on my TNT dresses for a better fit. So I used my TNT back pieces to check the Vogue back pattern pieces. I ended up making a few small changes to the Vogue pieces.

1.  I decreased the shoulder seam pattern on each piece by 1/2".
2.  I added an inch from the waistline to the hemline of the back side seam.
3.  This was done to match my TNT pattern and to insure it would fit. 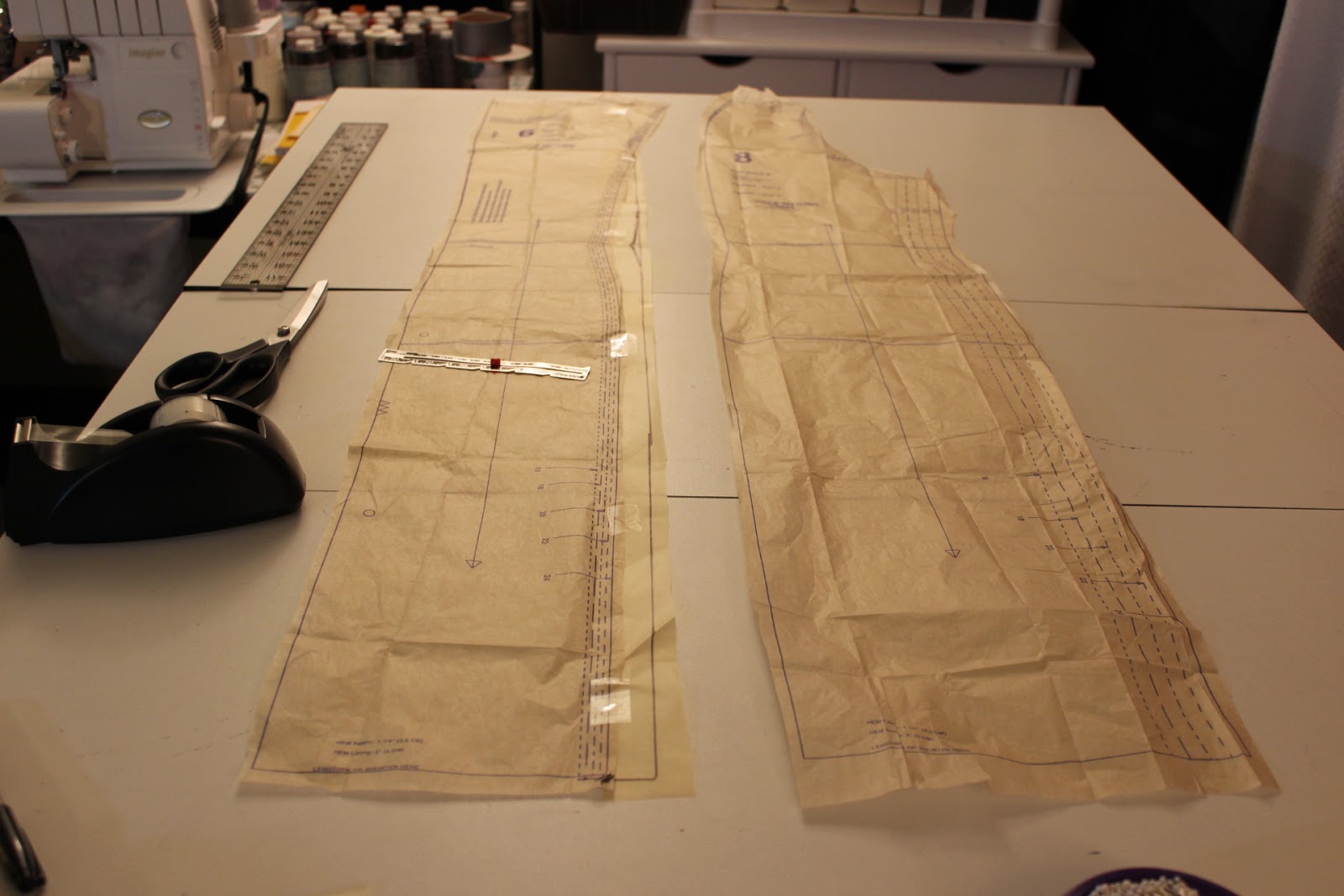 Those were the only changes I made.

Front Pattern Pieces:
This is where it got interesting. How to enlarge the pieces without losing the design silhouette?  Of course I started by laying the pattern pieces on top of my TNT dress pattern. 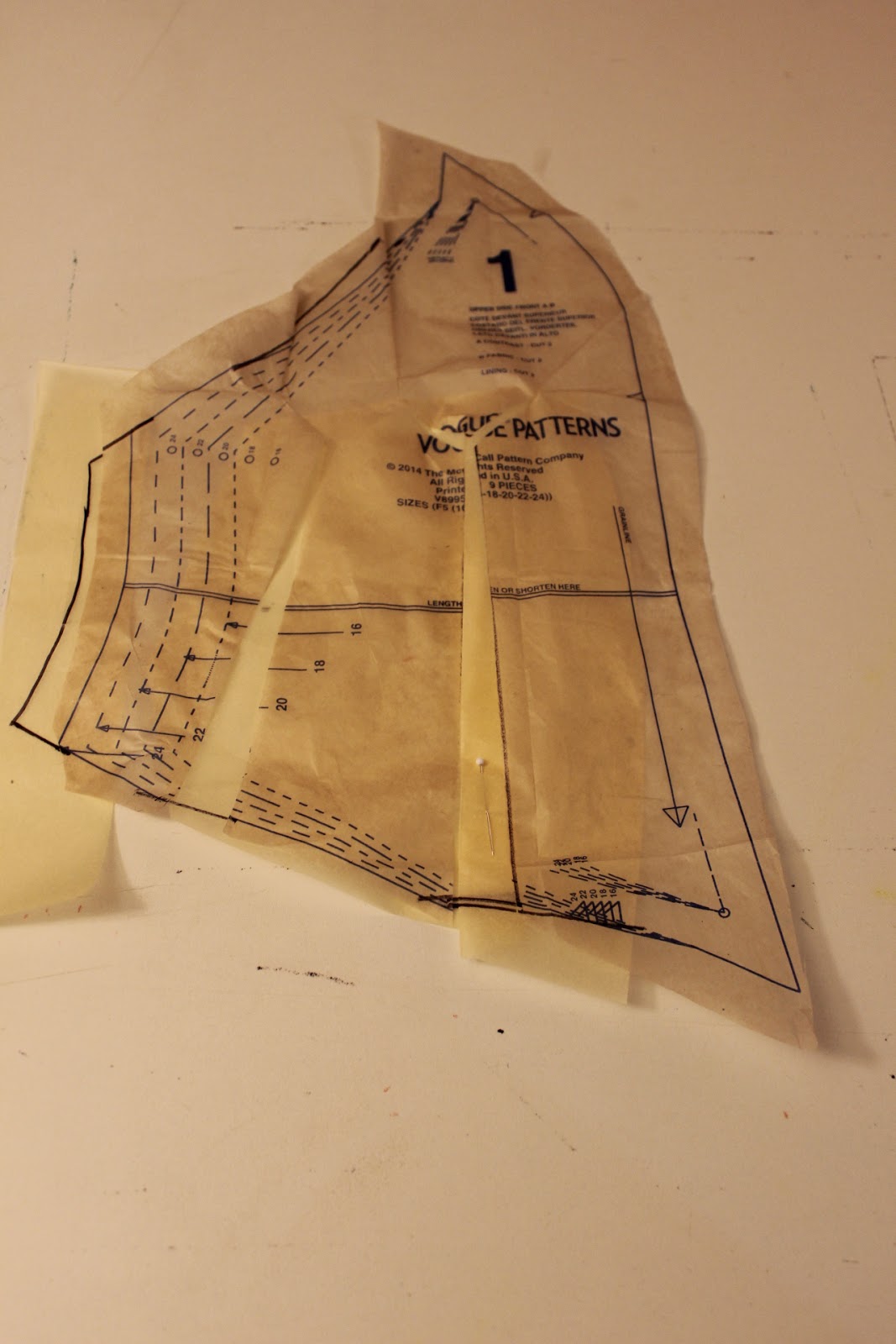 Smaller version of the waist insert 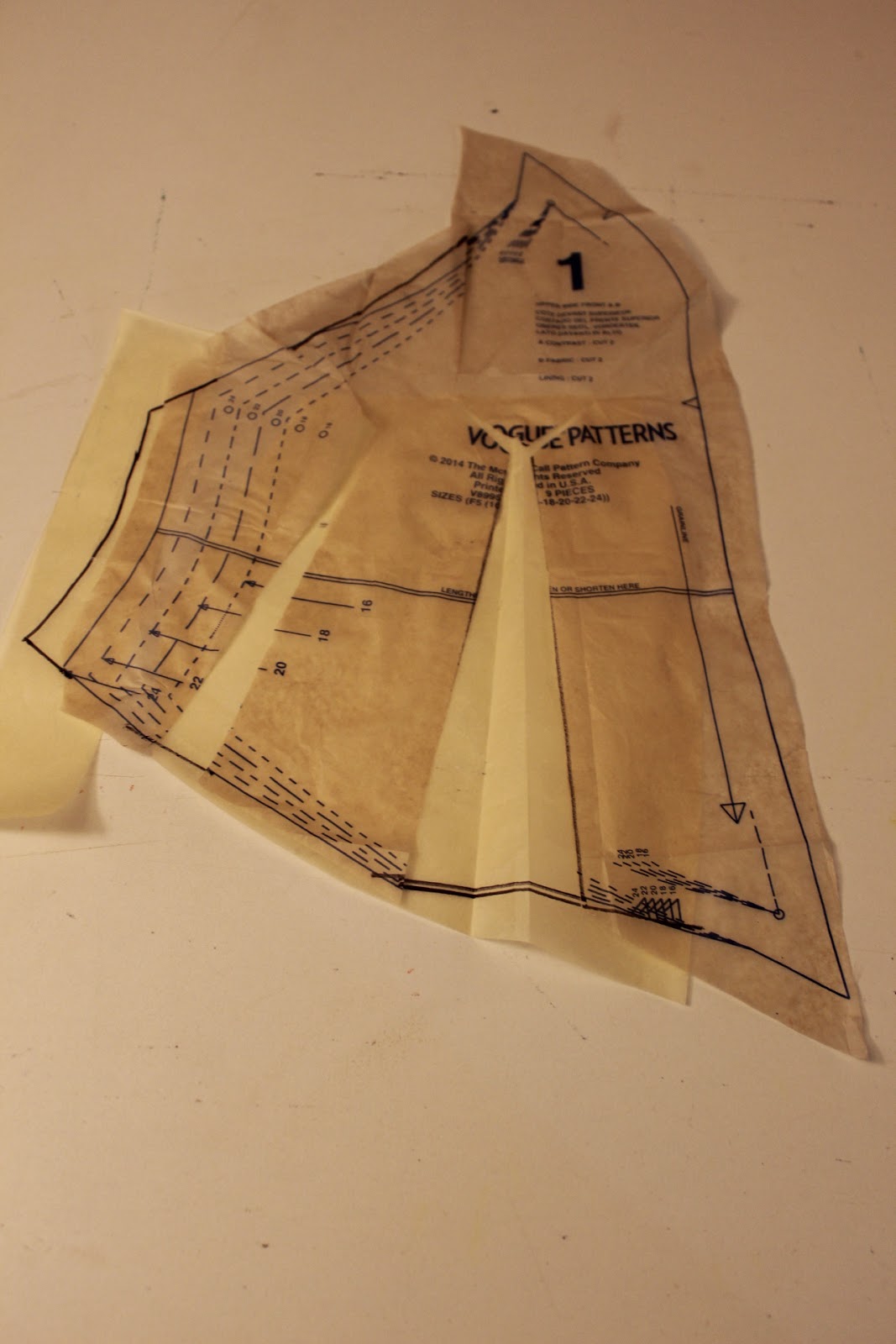 Larger version of the waist insert

I decided I would baste the dress front pieces together and the piece that worked best would be the one that I'd use. Fine piece of pattern altering that was - NOT! But I was getting beyond my spacial abilities. I just couldn't see how the pieces would work together and I'd rather have cut out two versions of the piece and switch out whichever one worked best.

After working with the pattern I decided that I wanted to make the short sleeve version of the dress, so the sleeve pattern also had to be altered to work with my bodacious biceps. 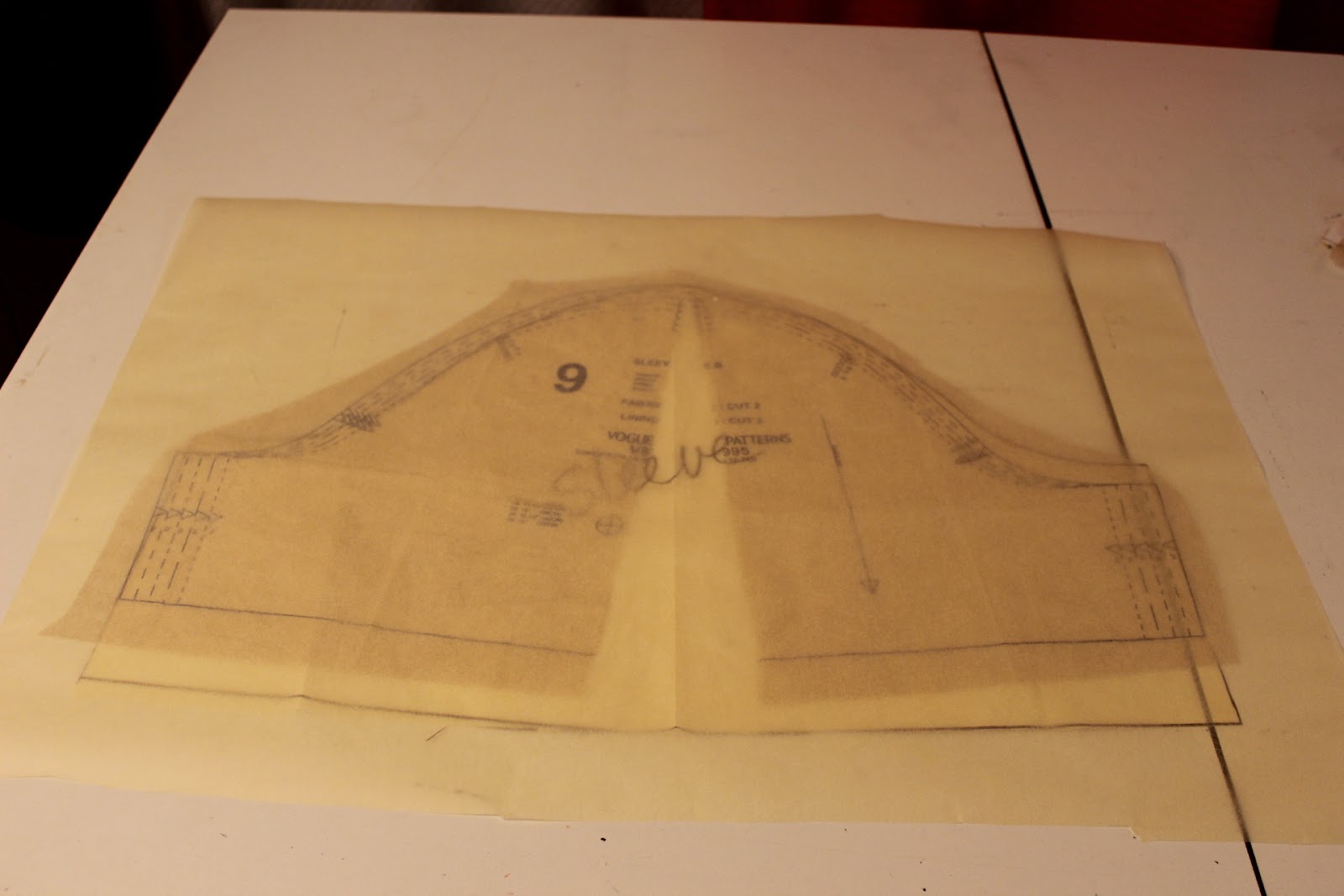 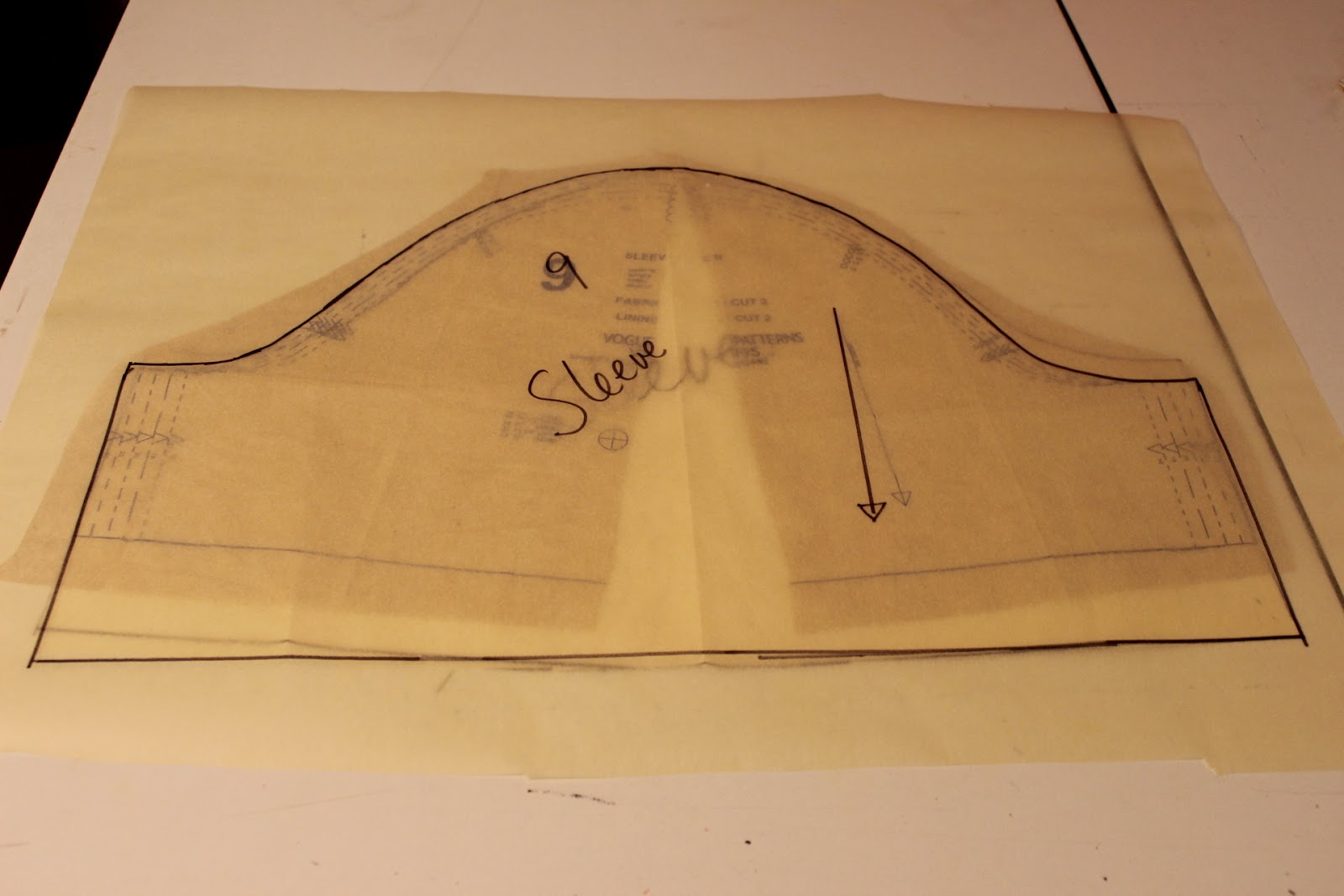 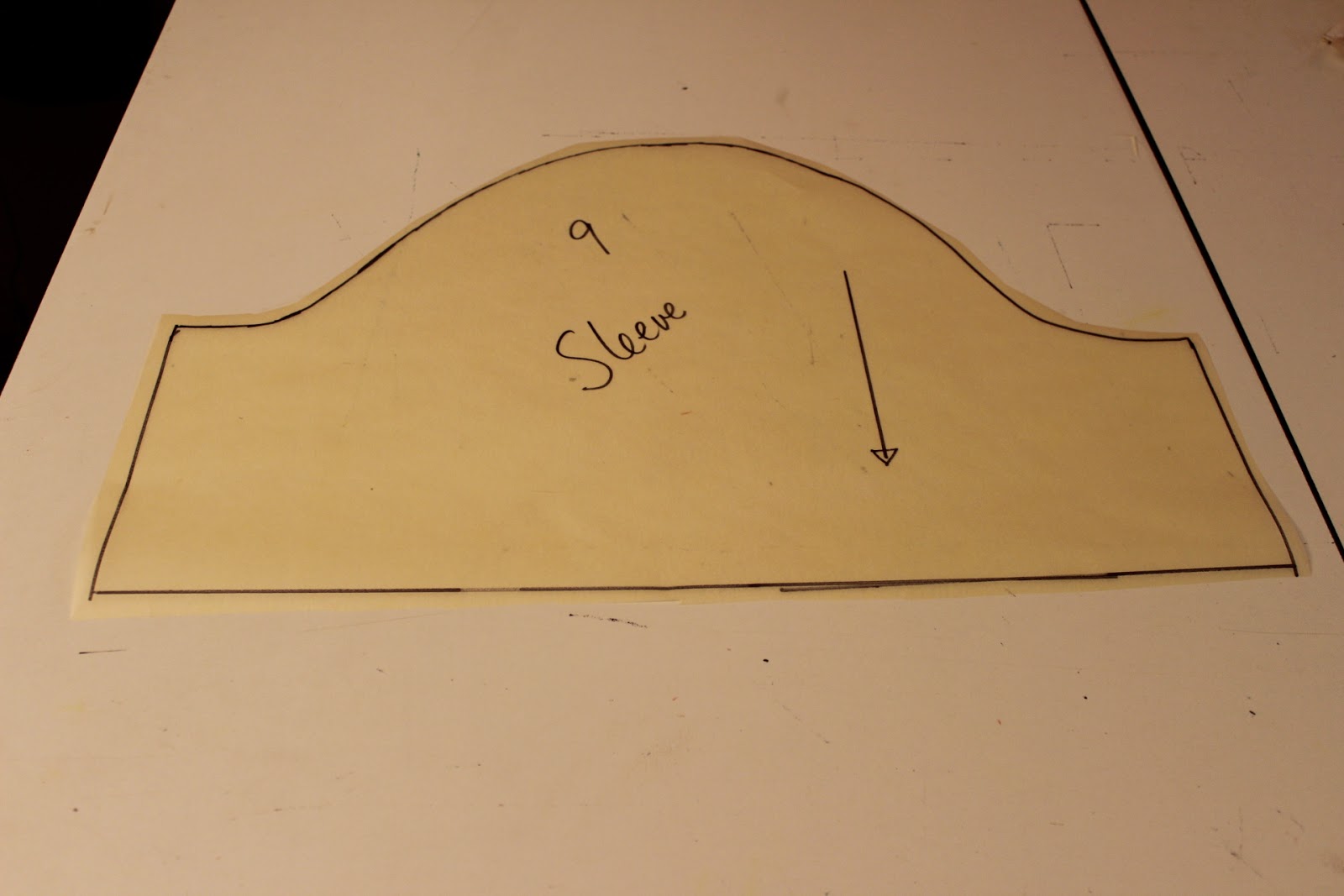 After all of this ~ which btw took most of the day, I moved onto cutting the fabric.  Cutting and construction will be in the next post.