I'm finally sewing that's why this post is appearing later in the evening.  My daughters asked what I wanted for Mother's Day and I said a quiet weekend. So we have no plans for tomorrow. I've spent time in the sewing cave, cleaning up and moving some things around and getting the lining cut out for the Black Lace and Ponte dress...that I hope to have finished and ready for pictures by tomorrow.

I had a few things I wanted follow up on...so here they are:

1.  Did you know that G Street Fabrics has opened their online store again? I didn't until I started to receive emails from them again!  They have a 30% off coupon on the site. You should surf on over and look at their wares...cause it's G Street, y'know!!!

2.  I drank the kool-aid.  I bought a Moneta pattern from Colette Patterns. I downloaded and printed out version 1 and 2, as well as, the collars and instructions. This is major because you know I hate taping those pieces of paper together. But I wanted the pattern now instead of waiting and if nothing else PDF patterns provide instant gratification.  I don't know if you followed along on the Curvy Collective's Blog Tour of the Moneta and the Mabel, but the Monetas made by Jenny, Mary and T are the reason I bought the pattern...especially after Jenny maximized one!

3.  There are more pictures of the "Project Fabricland" fashion show on their Facebook page here. The three young designers/sewists that I featured in the blog post all won in their categories. Definitely check out the Facebook page so you can see individual pictures of all of the winners...as well as get some information about Connie Crawford teaching at Fabricland on June 4th. Gotta support our local brick and mortar fabric stores! 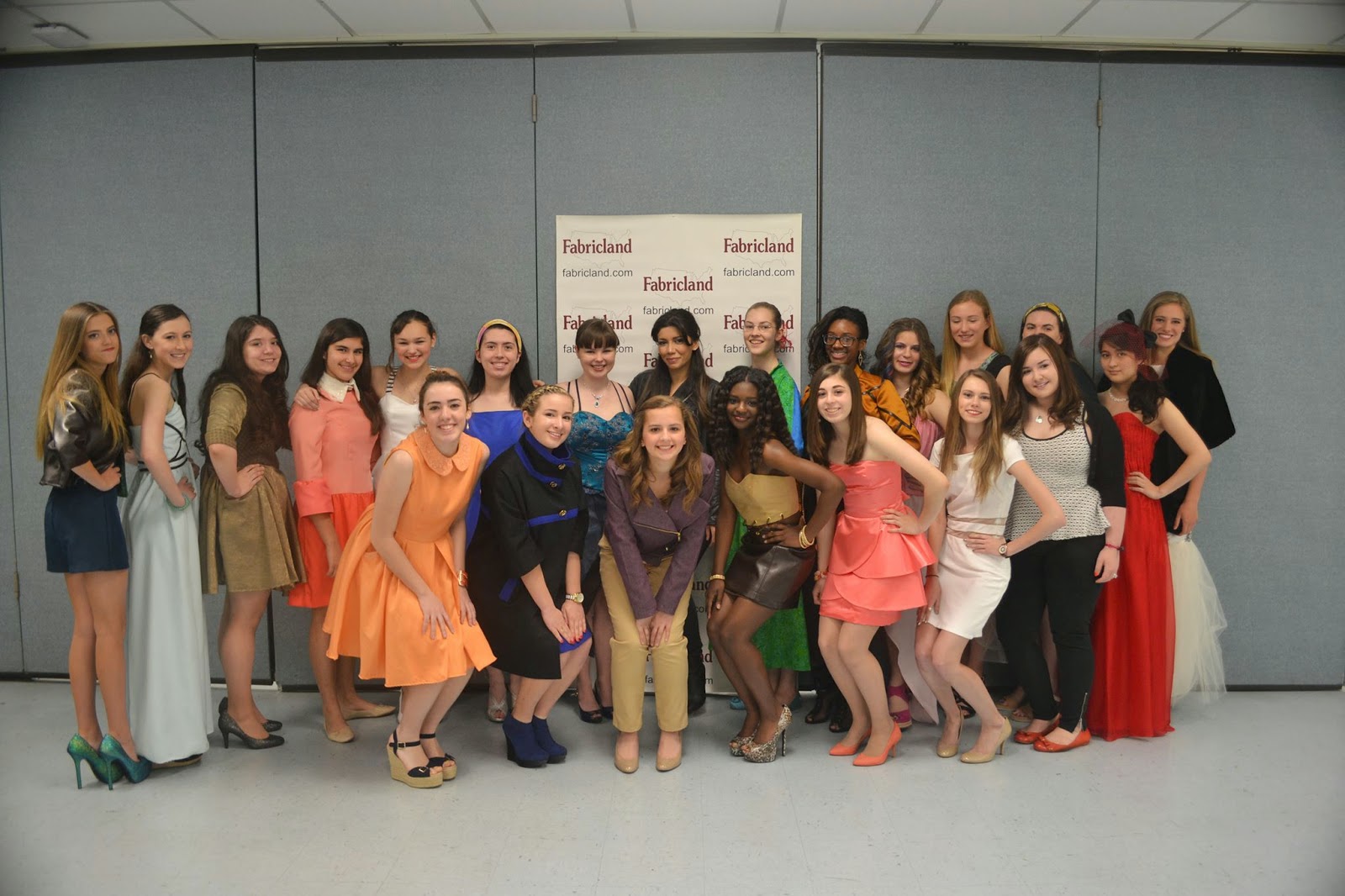 All of the student participants 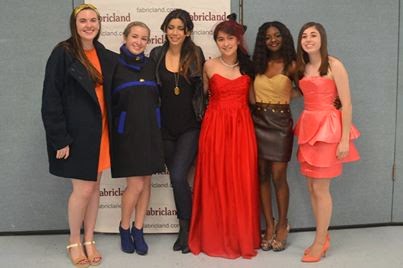 There was also a write up about the event in our local newspaper.  I am so thrilled and honored to have been a part of this event! 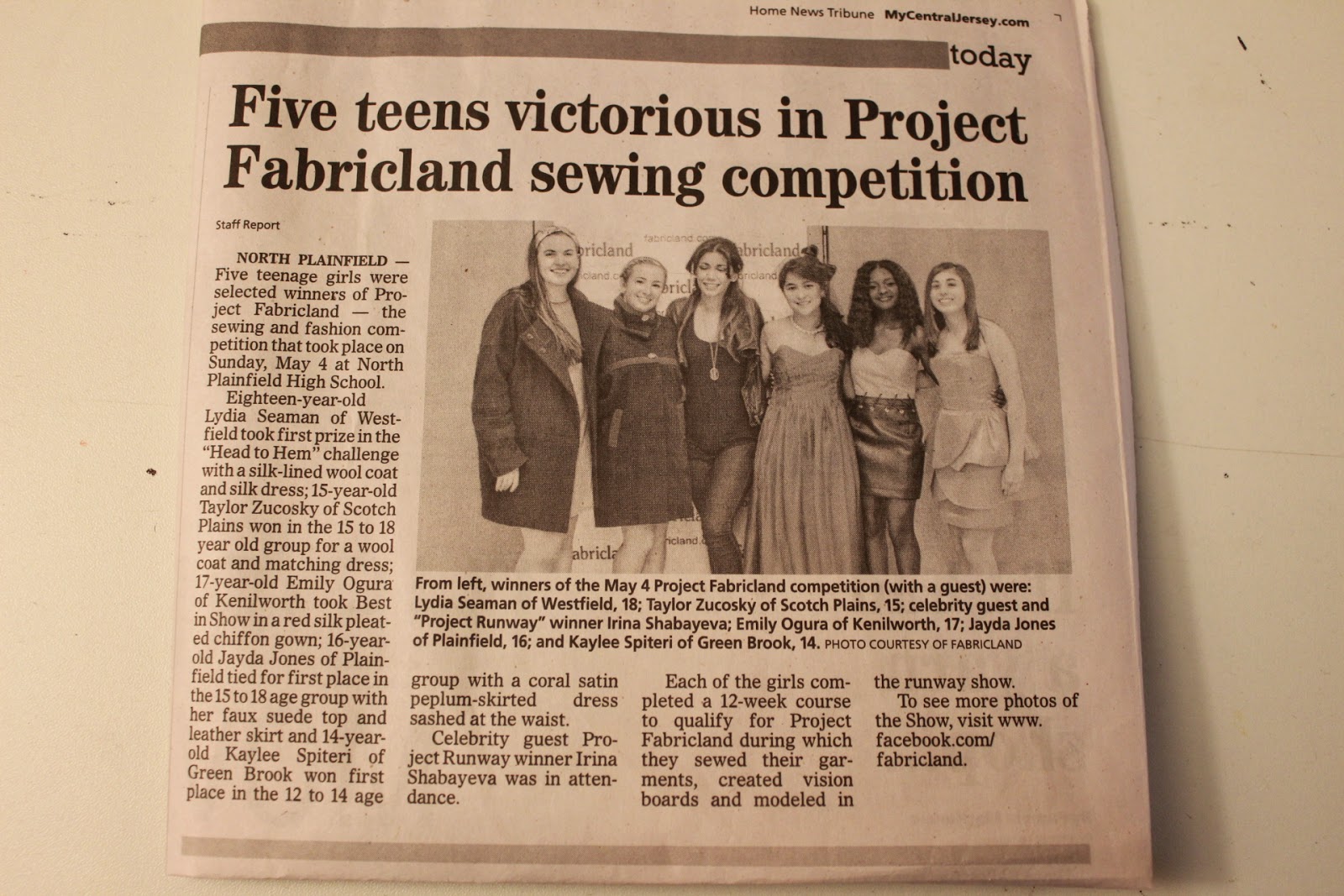 4. I had an absolute blast at The Workroom Social Manhattan Swap & Party last weekend.  Jennifer has added pictures from the event on her site. Head on over and check out all of the party participants!

5. I've finally made a sewing list for my spring/summer sewing. Hopefully this will give me some direction. I'm a little worried that my list is so small. It's usually a really long one that I have to pick and choose from...so a list with about ten pieces on it...is a little startling. 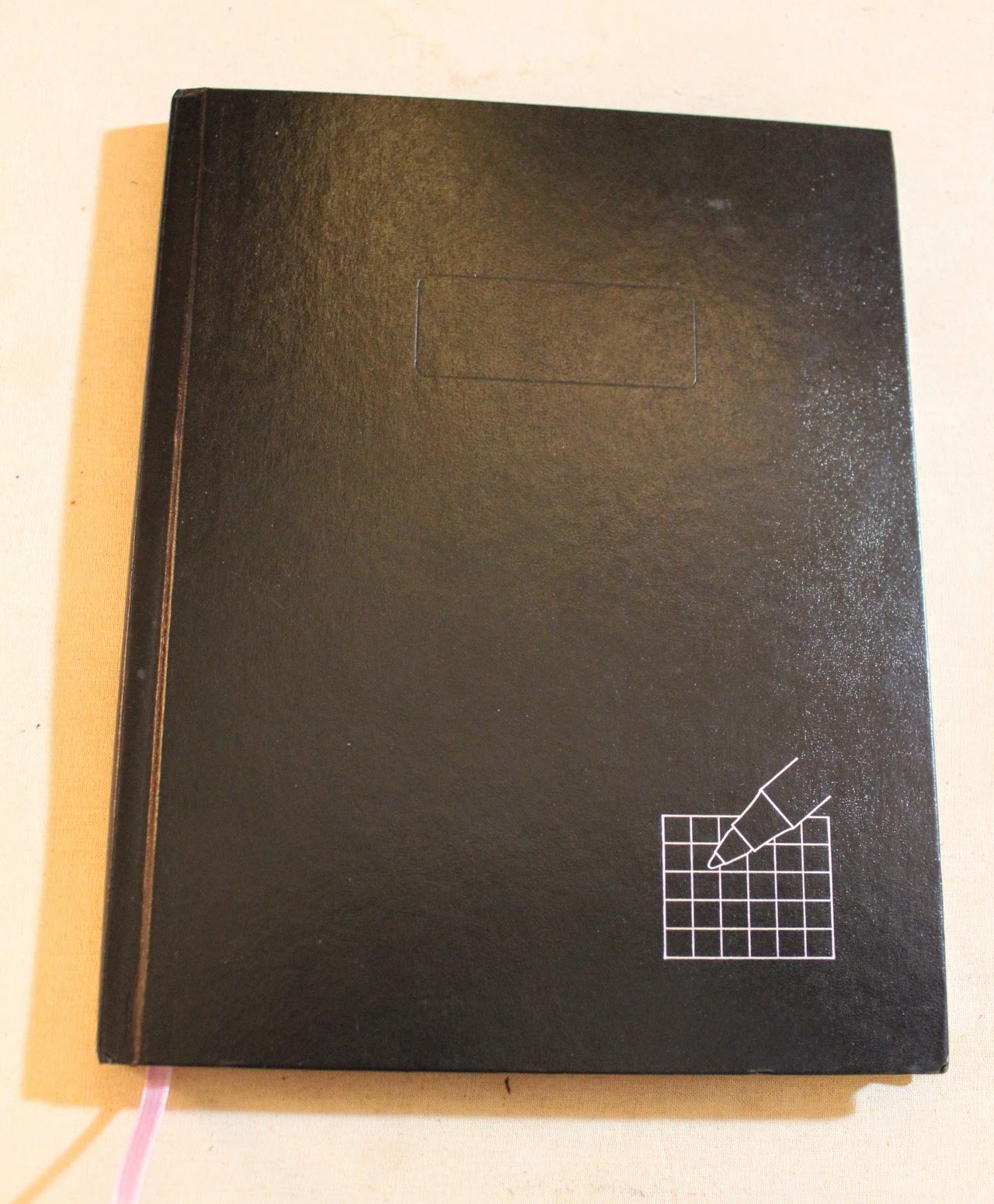 6. Recently I realized that I'd stop carrying a sewing journal around with me. It was the place where I sketched (poorly) ideas, stuck in inspirational pics and wrote out ideas and directions I had for sewing garments. I've been carrying one forever, but stopped and started capturing ideas electronically. This current method wasn't as creatively satisfying to me, so I'm old schooling it again, and it feels good. BTW, that's where my new spring/summer sewing list is!

7. Usually there's something in the spring designer collections that make me want to run to my sewing machine to sew something.  Not so much this year. I feel like there are just a lot of similar themes moving through the last couple of seasons/collections that I've already sewn ~
Again, I've sewn so much of this already that I'm just not that inspired.

8. I had a convo at lunch yesterday (thanks Gail!) about the number of pieces of clothing a sewist ends up making. She said that she had quite a bit and I know that I have an extraordinary amount. Most because of my day job and some because I'm a clothes and fabric piggy but mostly because I love sewing clothing. I do try to be conscious and do regular closet clean outs, donating things, because otherwise I wouldn't have space to contain the garments I make. I think this is another reason that I've gotten off to a slow start this spring season ~ an overabundance of wonderful handmades!

9. I really want to sew for the girl grandbabies this summer. I've been rooting around in the fabric collection and I've found a couple of cute pieces of fabric that will work for them. Now to get them made up and modeled here!

10. I haven't bought fabric in 30 days. This is unusual for me, because normally when I'm not sewing, I buy fabric.  I just don't want to add more to the collection right now.  This morning I opened all of the curtains and looked at the lusciousness that's abiding and decided that I really need to sew with what I've got. I also wallowed in the collection because I'm a sucker for a sale and Fabric Mart has linens 40% off and then they are offering an additional 15% off your order total for the weekend only.  Oh and Fabric Mart is shipping to Australia now!

11. I will announce the winner of the "Looking Good Every Day" book winner tomorrow!  So you still have time to enter the giveaway if you want a chance to win the book!

Finally, I don't usually make a big deal about my birthday...I mean everyone has one right?!  But this year I will be 55 so I've decided to celebrate by sharing some photos of me through the years in the next couple of posts, well until my birthday at the end of the month.  Here's the first...and I'm going in no particular order...just what moves me at the time... 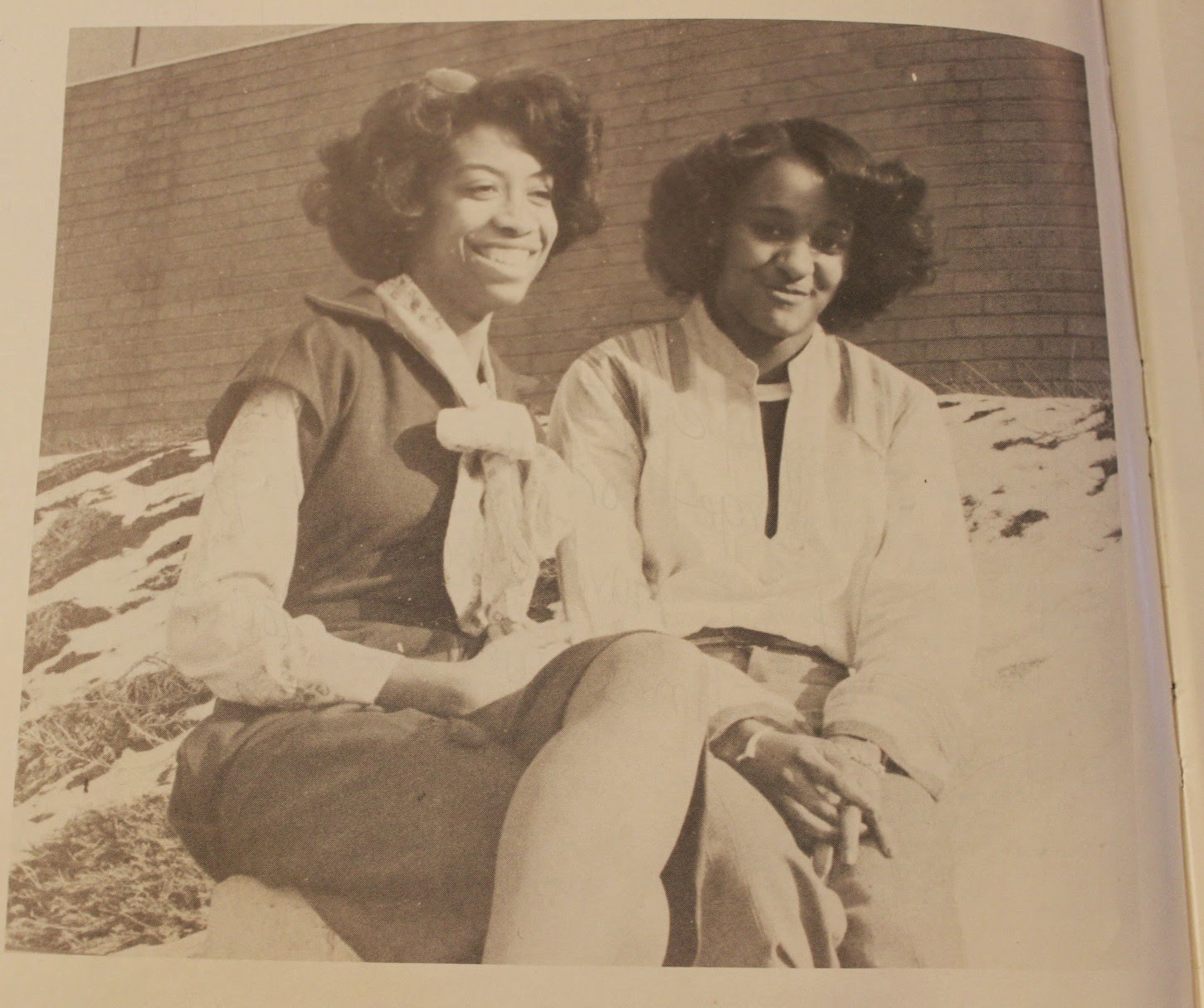 Here I'm a Senior in High School with my friend Cheryl Hewlett.
I was the Senior Class Yearbook Editor and this is my yearbook photo for that.
BTW, that was a culotte jumpsuit that I made, alongwith the bow tie blouse.
I loved that outfit!!!!

Posted by Carolyn (Diary of a Sewing Fanatic) at 8:37 PM