First I need to say that my alterations worked using the smaller of the waistline inserts...and I was totally thrilled!  I will make a note on the file folder so that I know for the future which version of the pattern piece to use when I make this dress again...because yes I will be making this again!!!

Working with the pattern pieces was like putting a jigsaw puzzle together. I had to fiddle with the side pieces a little before I could get them to work together well. Then I basted all of the pieces together to get a visual and to see if the sizing was right. 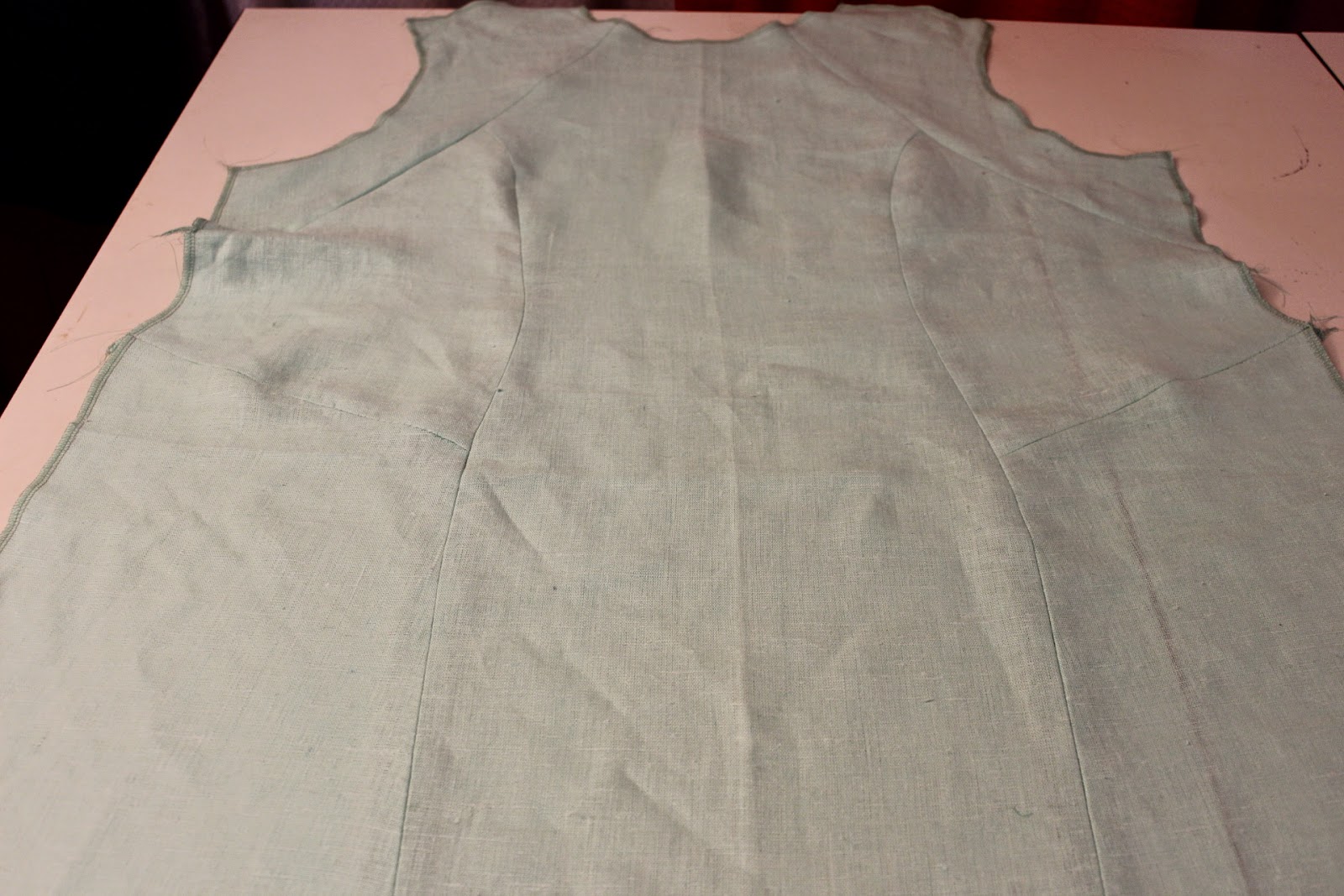 Again it worked...*sigh of relief*...so the basted dress was taken apart and I started to add the piping to all of the seams.

Adding the piping ~
The part that makes the dress sing is the white piping...which took quite a bit of work because each piece of piping had to be pressed flat, then hand stitched to the seam prior to stitching the seams together. Finally I added a little topstitching on the top of the seam to insure that the seam stayed flat.

Let's not forget the pressing time needed to insure that all the seams were laid flat, as well as, a little heat and pressure to make sure the joins weren't bulky. 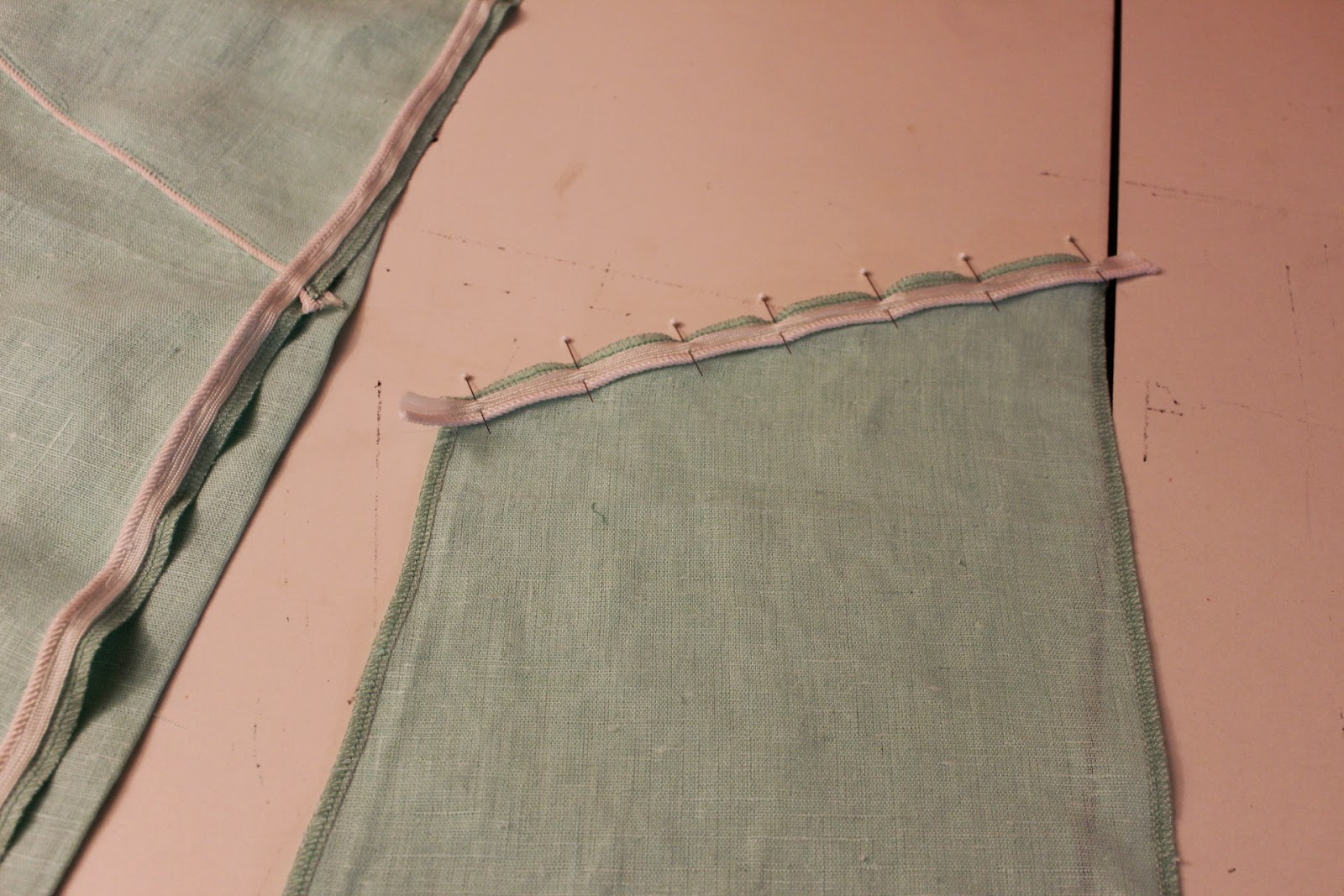 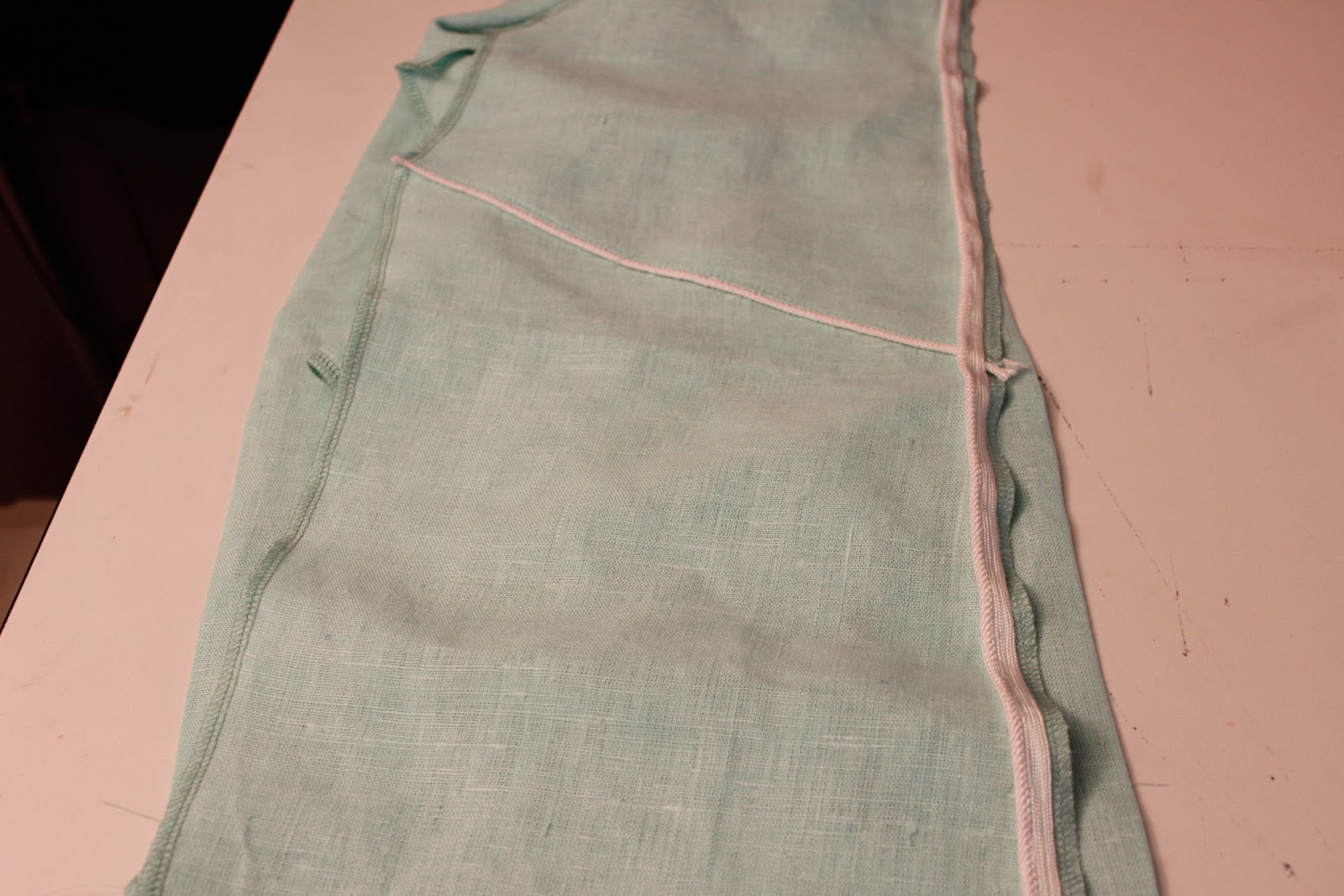 Adding piping to front seam with the join


For how I add piping to a seam, please check this post. I wrote this back in 2008 and I still add piping the same way. 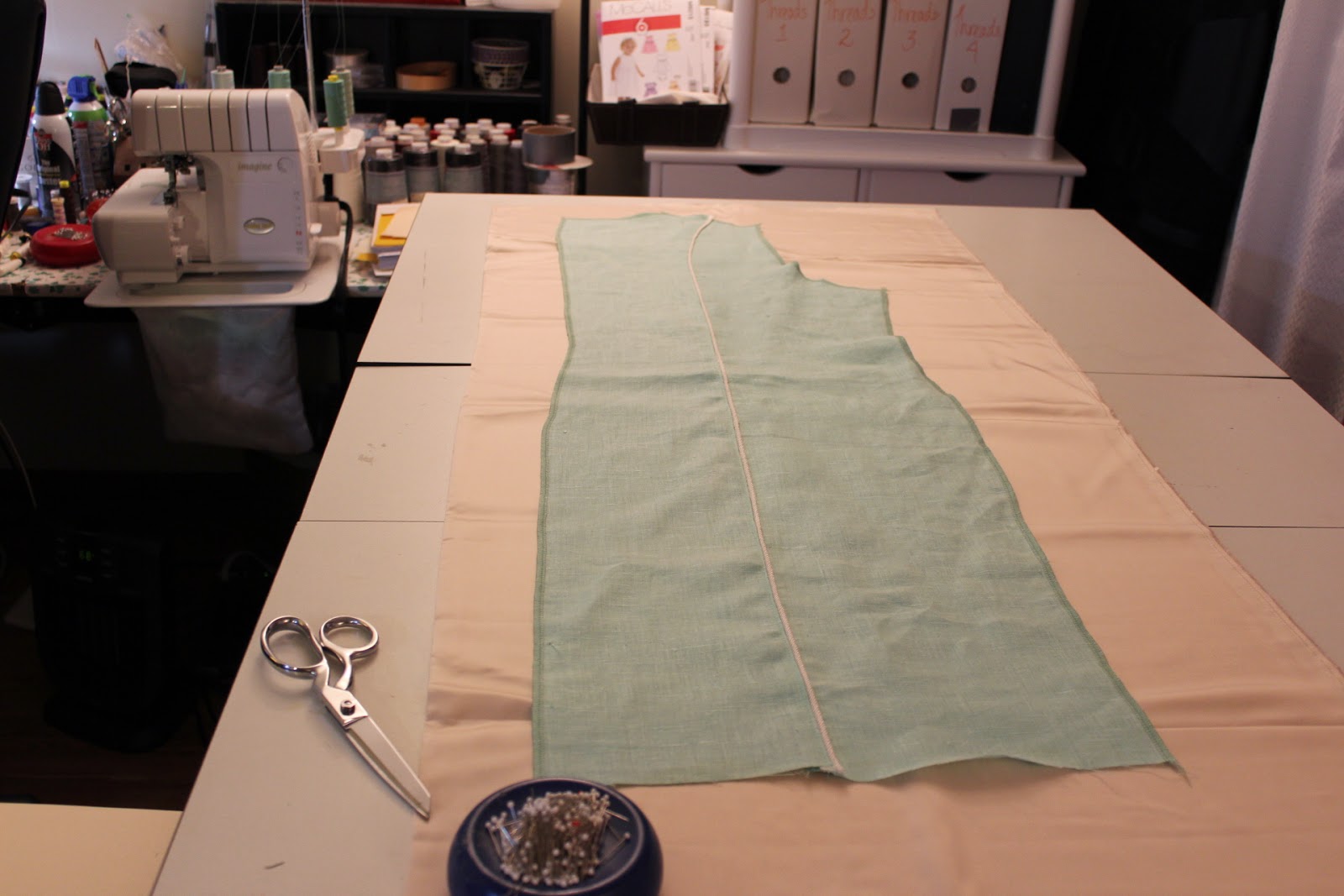 The pattern instructions tell you to cut the lining pieces from the same pattern pieces that you use to make the dress. I've never understood that. Personally I want a lining to cover the seaming, not compete with/rub against it, and is smooth next to my body. So I did what's considered a no-no and cut the lining from the front and the back dress pieces.

I understand the reasoning, not wanting the lining to be distorted by using the fashion fabric as the pattern. I've just never had a problem when I've chosen to go this route. However, I'm not encouraging you to follow in my rebellious footsteps! 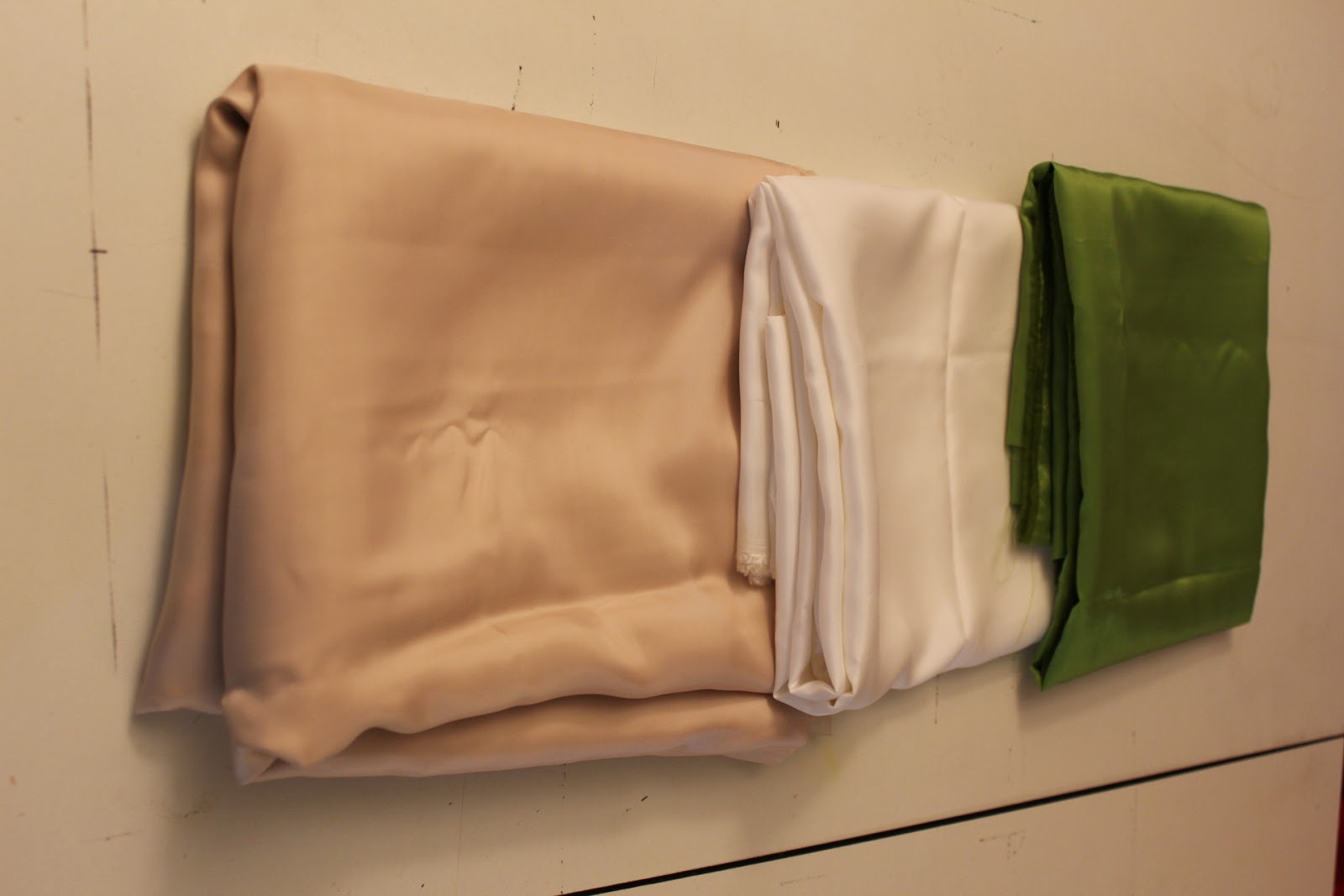 There were three choices in my lining stash that I could have used for the lining.  I went with the nude lining because it wasn't as opaque as the white and the green made the fashion fabric look weird. It's a straight forward lining. No lace at the hemline, just a double stitched hem. 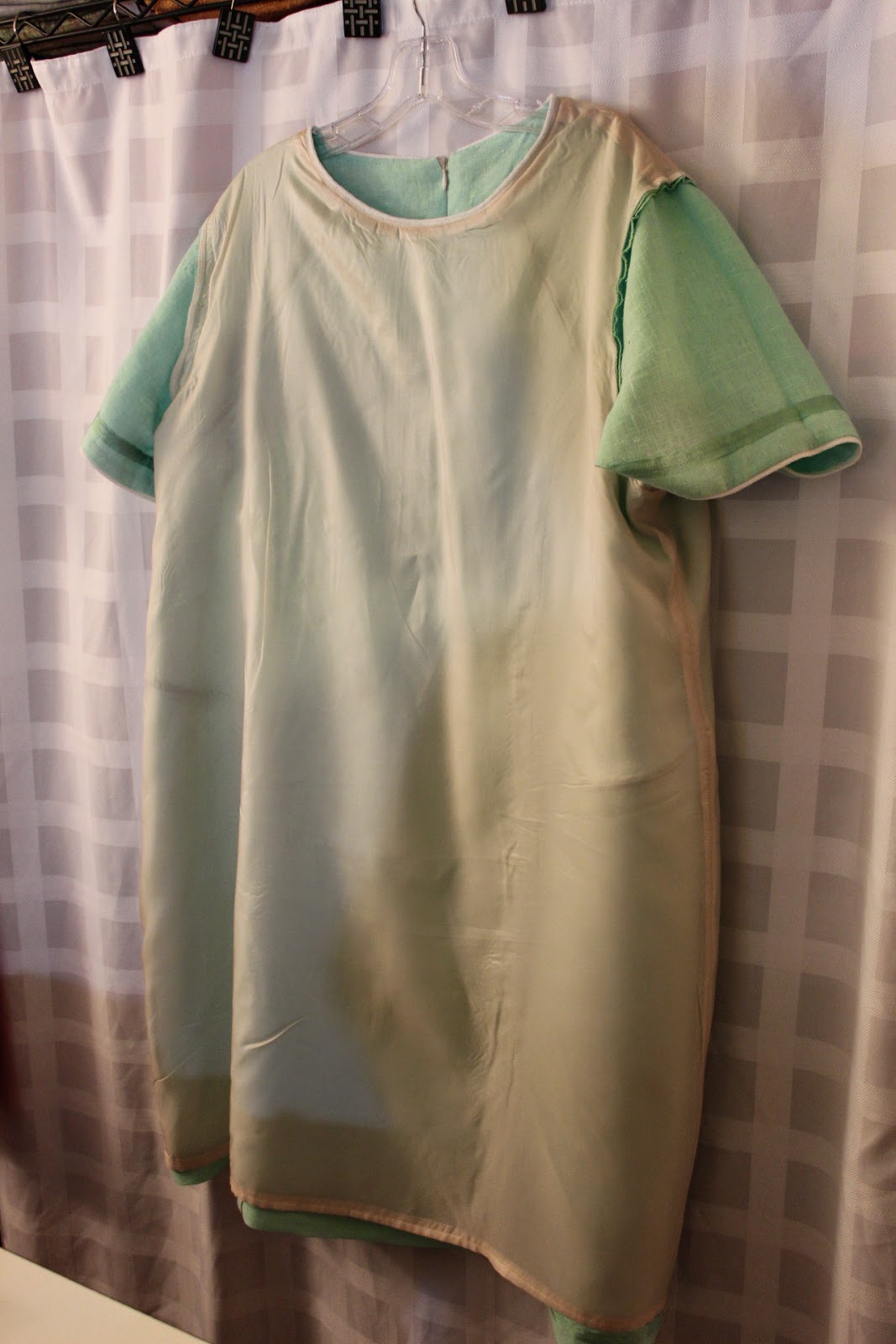 Otherwise, the construction was pretty straightforward. I didn't need the pattern instructions after completing the dress front. Although the pattern tells you to line the sleeves, my personal preference is unlined so that's how I sewed them.

Conclusion ~
I love the detailing on this dress. All of the additional time and work needed to add the piping was so worth it. The embellishment really gives the dress that extra special something. 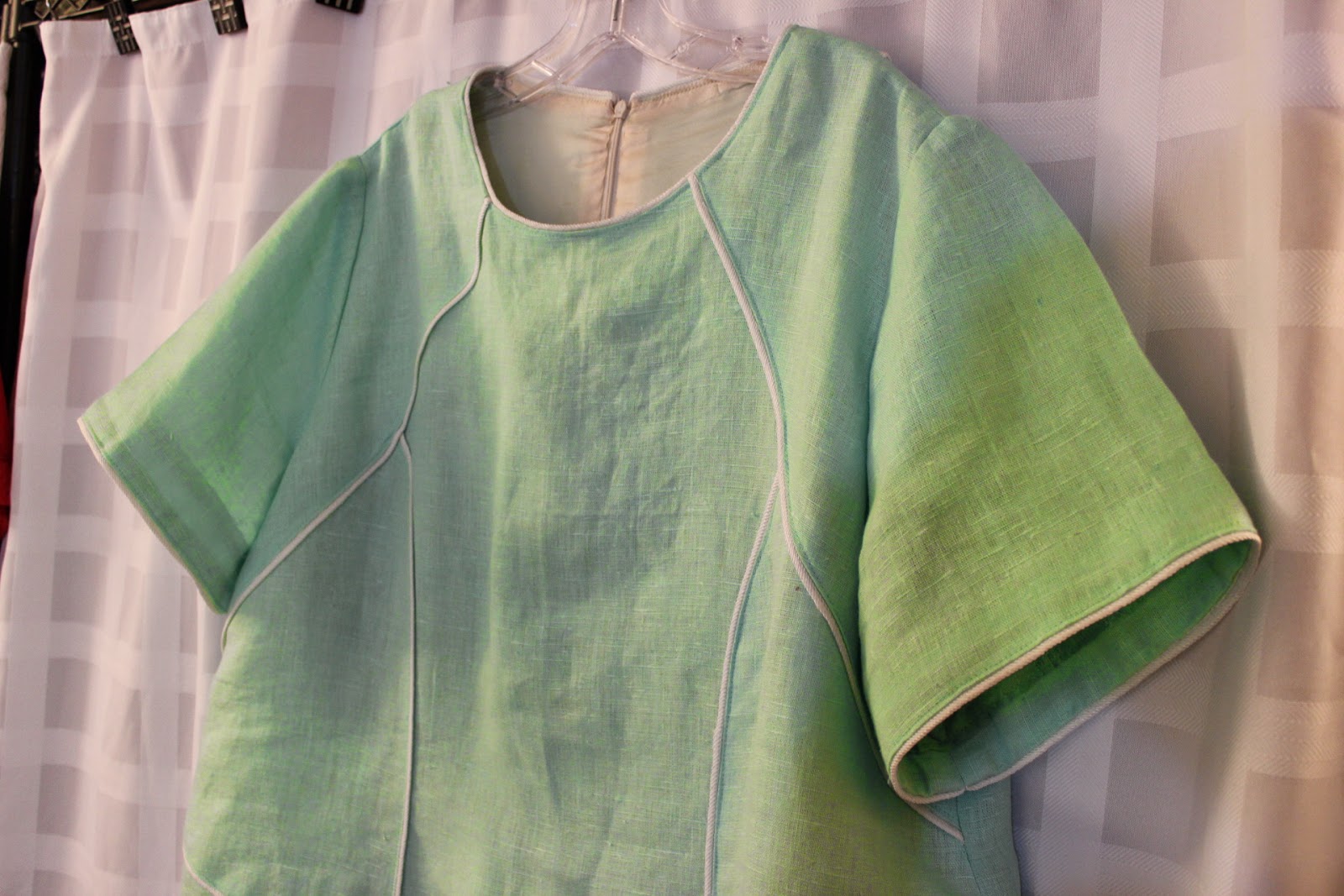 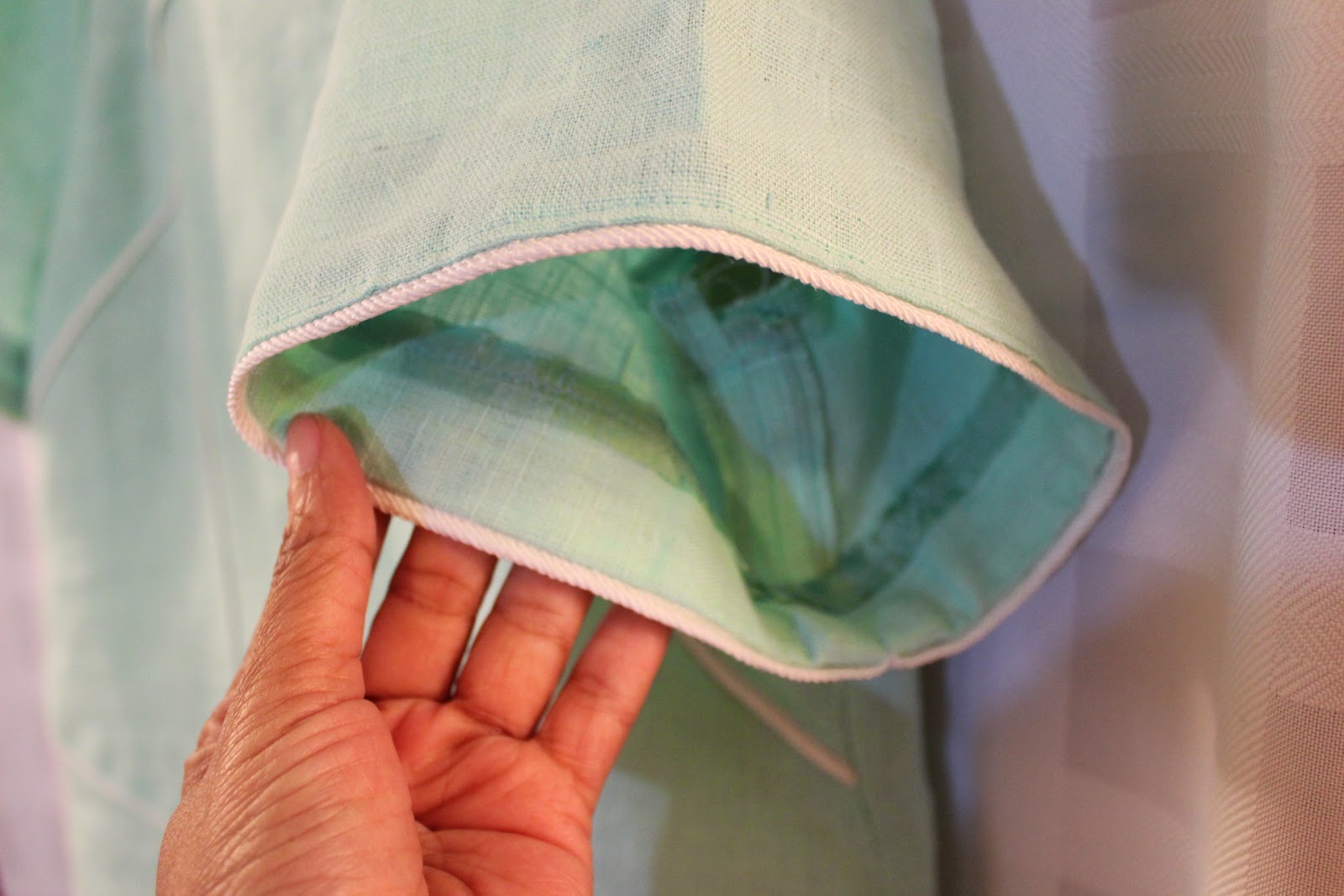 Piping and banded hemline on the sleeve

Here is a picture of several pieces of the dress with the piping added... 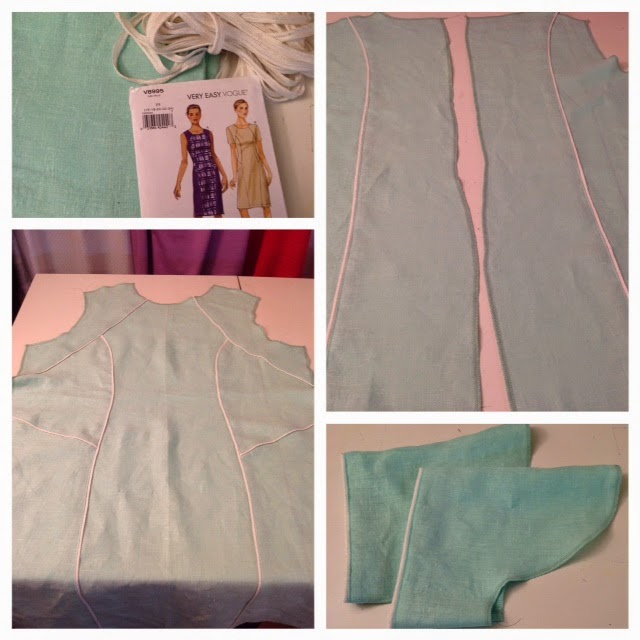 So the final post about this dress will be the reveal...I have to admit that all of the work was worth it...the finished dress is pretty awesome.

From the Vault ~
The young me as a senior in high school. I was 18 years old. The white dress photo is from my Debutante Ball, the suit my Easter Outfit that year made by me, the center pic is of me and my cousin after church at his "Going To The Army" party. Gawd, I was thin wasn't I? 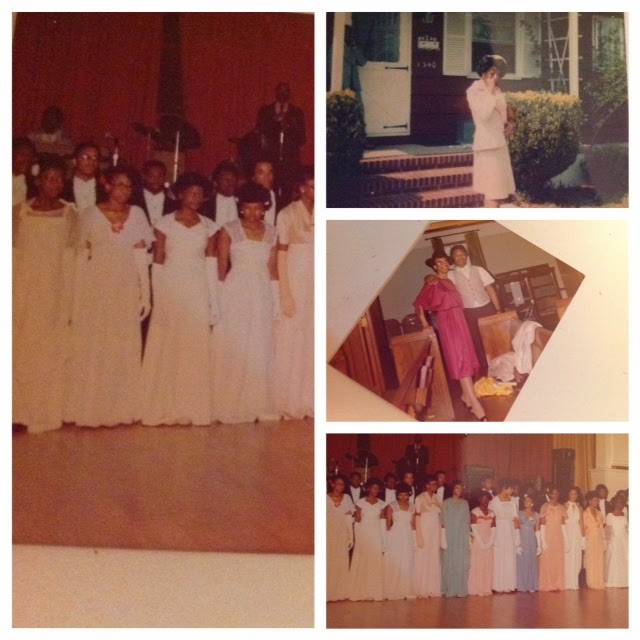