A Day at The Met - China Through the Looking Glass

The one thing I love about working in and living close to New York City is that it's easy to get to the museums...and I love museums! I'd meant to see this exhibit at the end of July/beginning of August but things happened. Now that life is finally settling down, I was able to get over to the exhibit during it's last weekend. 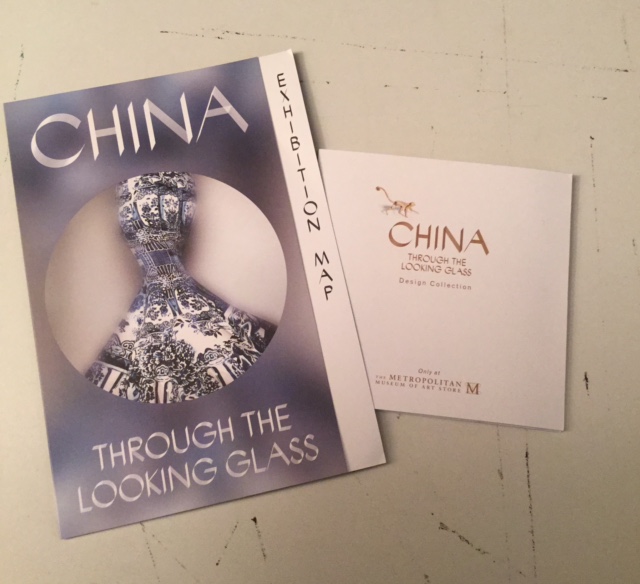 First I can't believe how packed the museum was...probably because I don't normally wait until the very end of an exhibit to go. But it was so worth the crowds!

It was an amazing exhibit that was so stimulating and beautiful that at certain points it made me want to cry.  The amount of craftmanship, the beauty of the garments, the way the items were displayed were so visually stimulating and touched me so deeply that I'm sad I waited until the end to see the exhibit.

I would have loved to have gone back again to experience the awesomeness of it. I totally understand how this has been the most popular exhibit The Met has ever had.  Per this NYTimes article, there were over 775,000 visitors before we saw it.

I took loads of pictures...seriously way more than I did at the Charles James exhibit but here are just a few... 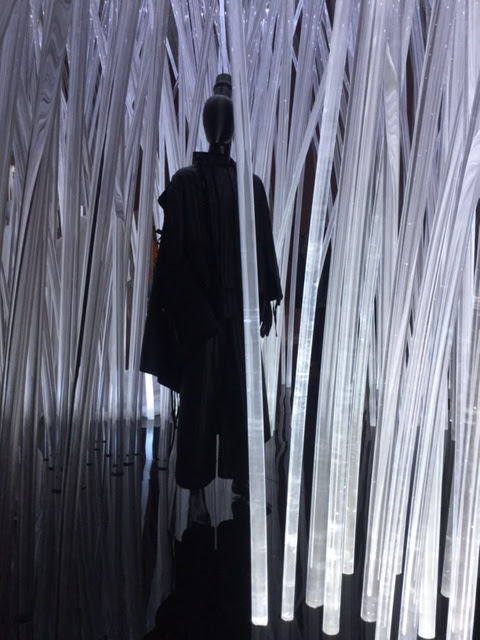 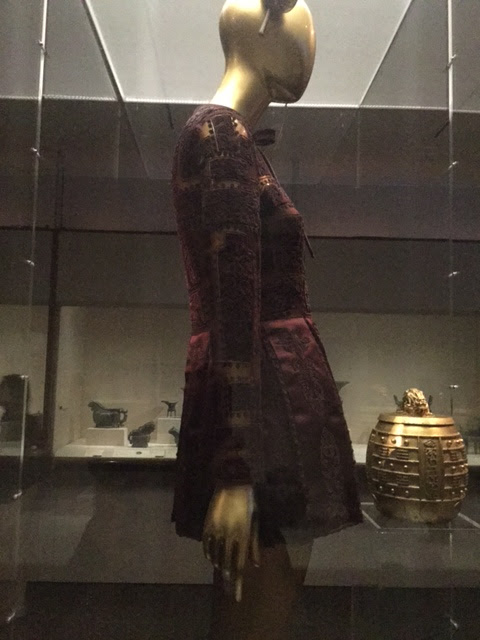 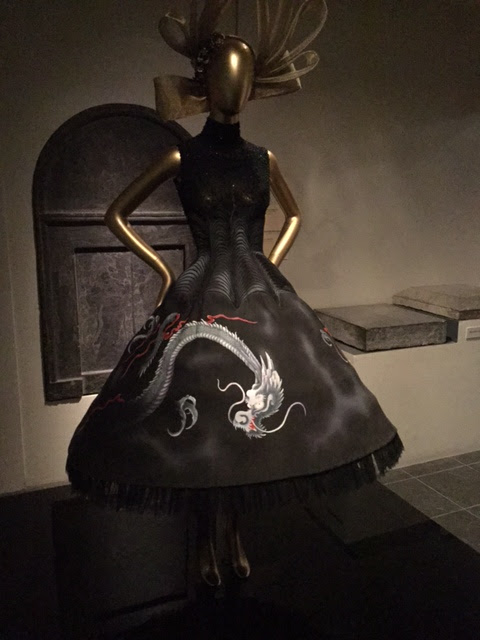 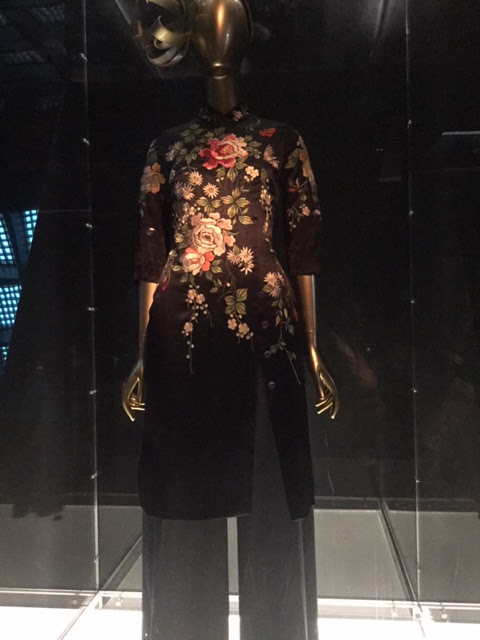 Loved the embroidery on this one! 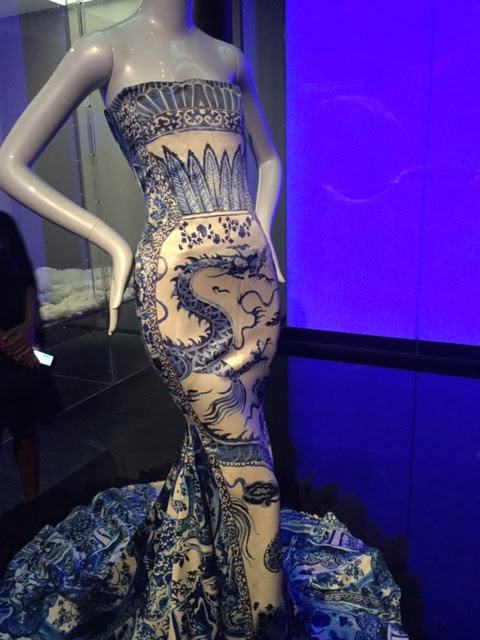 There was this entire series of blue/white dresses that reminded
me of the dress I'm currently working on... 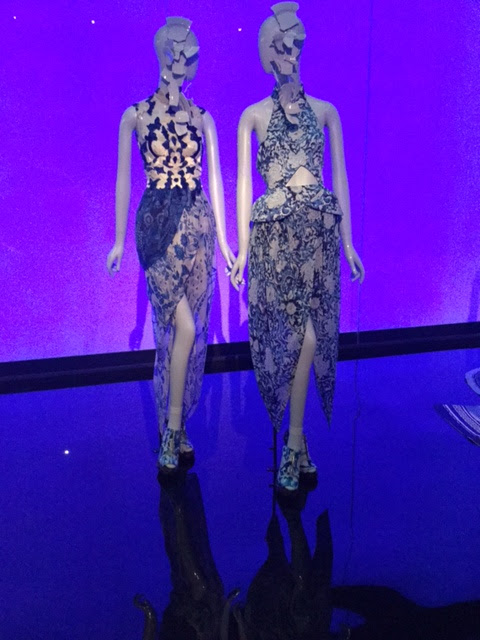 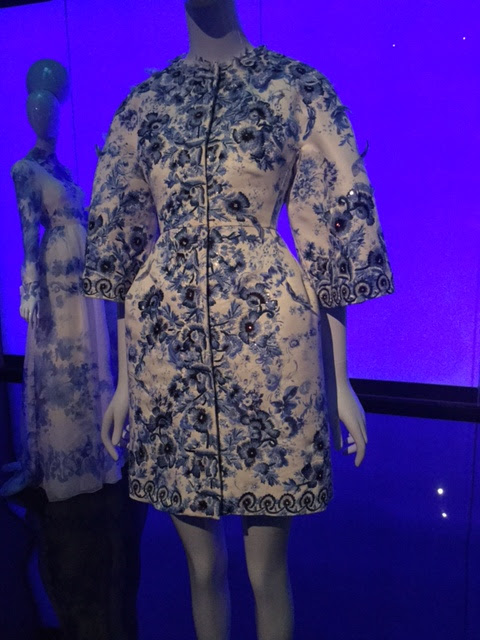 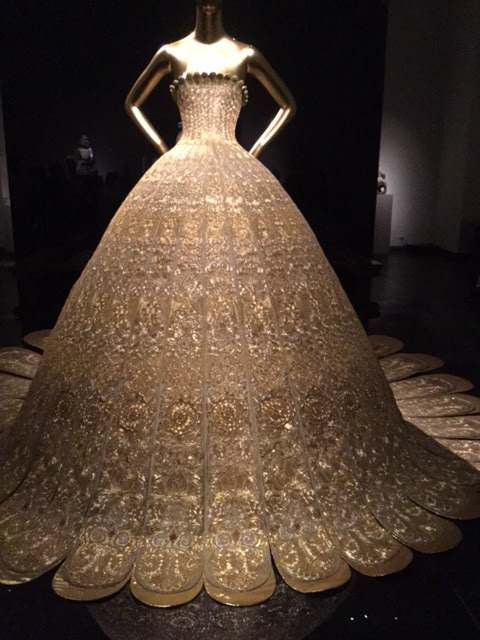 This was the most amazing dress and the last one
we saw in the exhibit.

After viewing the exhibit on the second floor and a late lunch in the museum cafeteria, we headed for the Costume Institute for the second part of the exhibit. Yes, those pictures are just from the Exhibit on the 2nd floor and it's a huge exhibit...way bigger than the Charles James Exhibit. But by then there were just so many people downstairs that we saw part of that exhibit and left.

We didn't leave the museum right away, we first headed to the gift shop where there is the most amazing section of books on Fashion and Sewing. We spent another hour there looking at books before biding the museum adieu.

It was a wonderful day and an amazing exhibit.  If you can get there before it closes - Monday is the last day - GO!

Posted by Carolyn (Diary of a Sewing Fanatic) at 4:39 PM