I need new pants. It's getting colder here on the East Coast and the pants I presently own are too big. I also want a skinnier leg pant than I've presently been wearing.  The worse thing a "fat girl" can do is wear too big clothing and 80% of my wardrobe is too big now.

So during my hiatus from the blog, I decided to try and alter a new pants pattern. I chose Butterick 6142 as the pants pattern for two reasons. One for the elastic waist and the slimmer legs of the pants and two because it will work in a ponte. 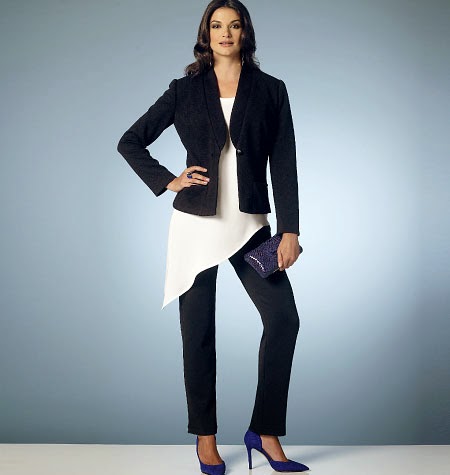 Instead I used the lengthen/shorten line in the abdomen area of the pants front and back to adjust the crotch line to match the one on my TNT pants.  I figured that and the actual pants length of each leg are the only things that still work for me.

Here are my alterations ~
My daughter and I took new measurements at the beginnning of the year since along with the weight loss there have been some inches lost too. I used those as the basis for the flat pattern measurements.

Because I didn't know where to actually start, I did make the alterations so that they would fit the waistline and butt measurement of my current pants pattern. Hey I needed to start somewhere and I did end up with a wearable muslin pair of pants. I know don't say it...

So the alterations first ~

1. The first and easiest was to add length to the front and back pattern pieces. I added it at the shorten/lengthen line that appears farther down the pants leg. 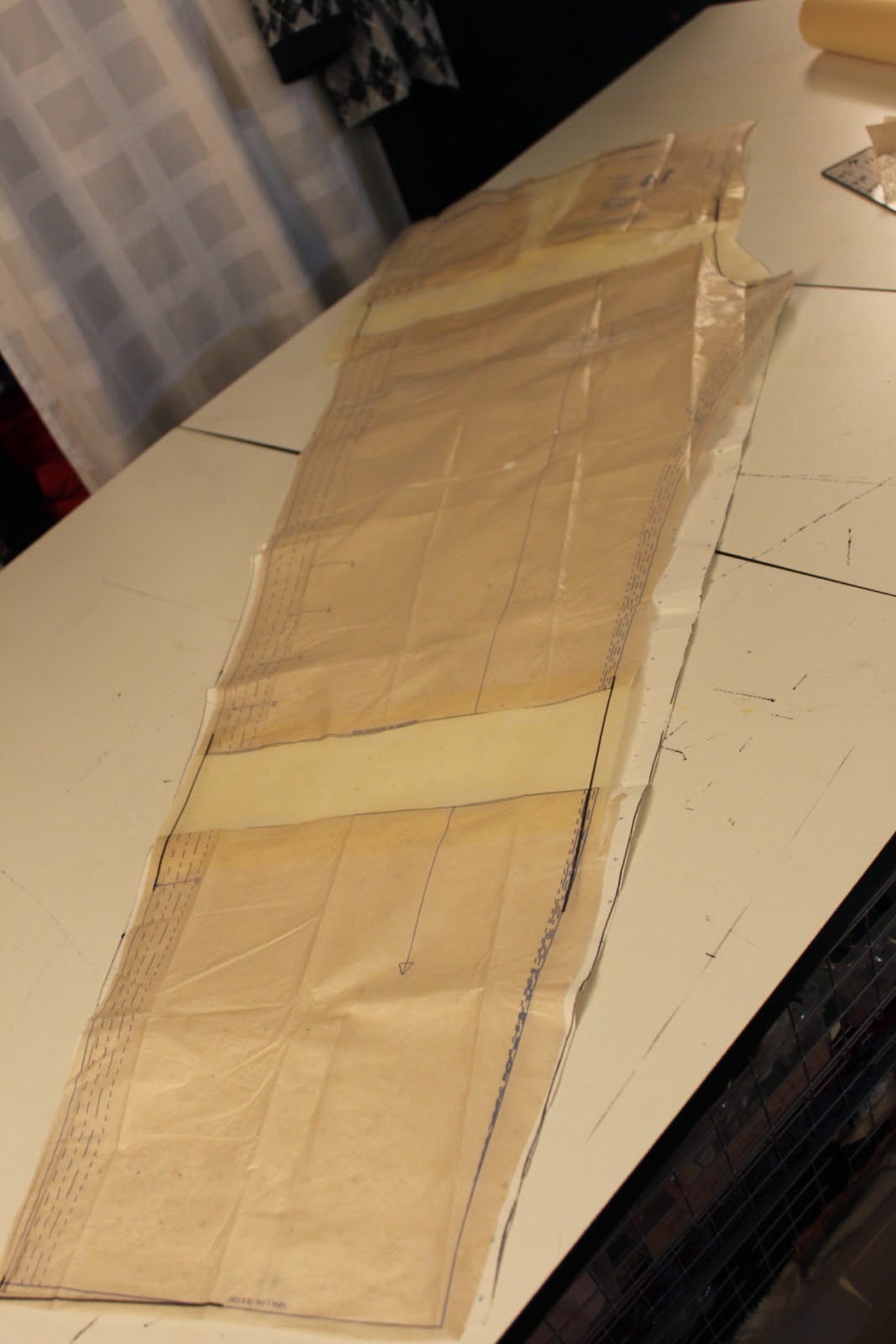 2. The second alteration was to use the crotch curve from my TNT pants pattern front & back pieces. 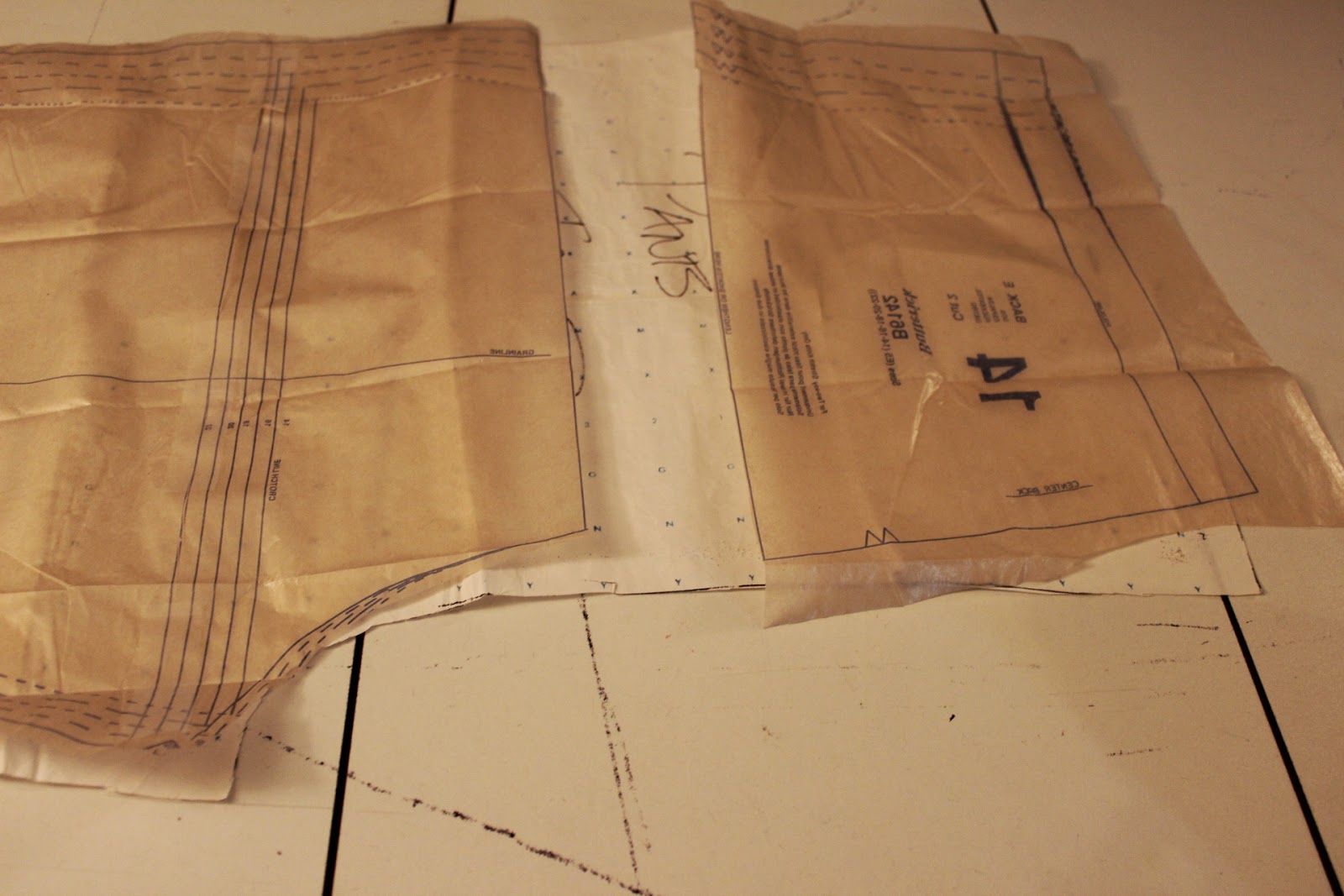 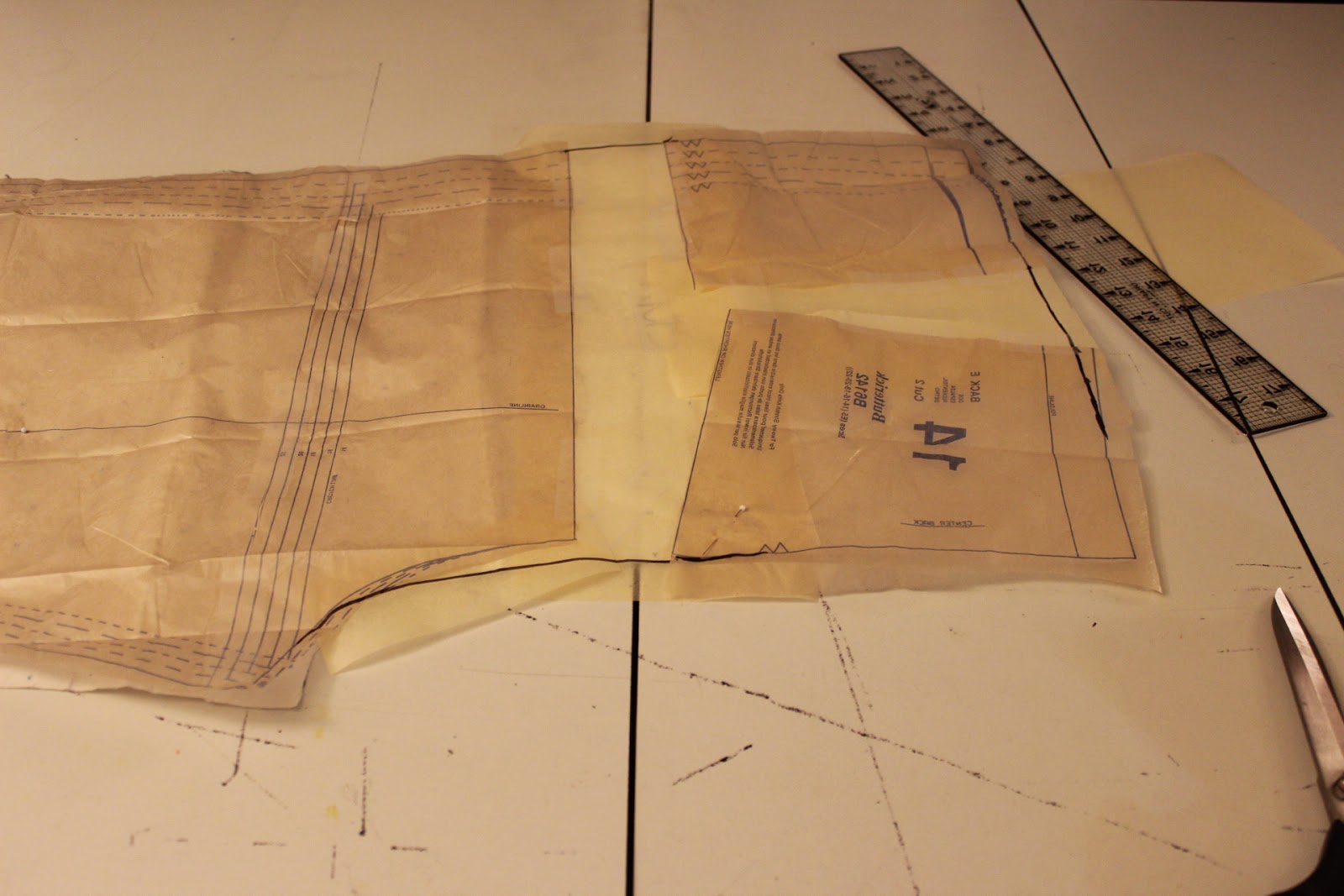 3.  Then I had to determine how wide to make the back and front pieces. Honestly I got a little confused here. See I know what my new measurements are - I wrote them down and posted them to my bulletin board.  But something in my brain would just not let me make a pattern piece that small. In my twisted mind, I kept thinking at least I could cut/serge away whatever fabric was too big...IF it was too big! You know I had to serge some additional fabric off the front and back, right! *LOL* 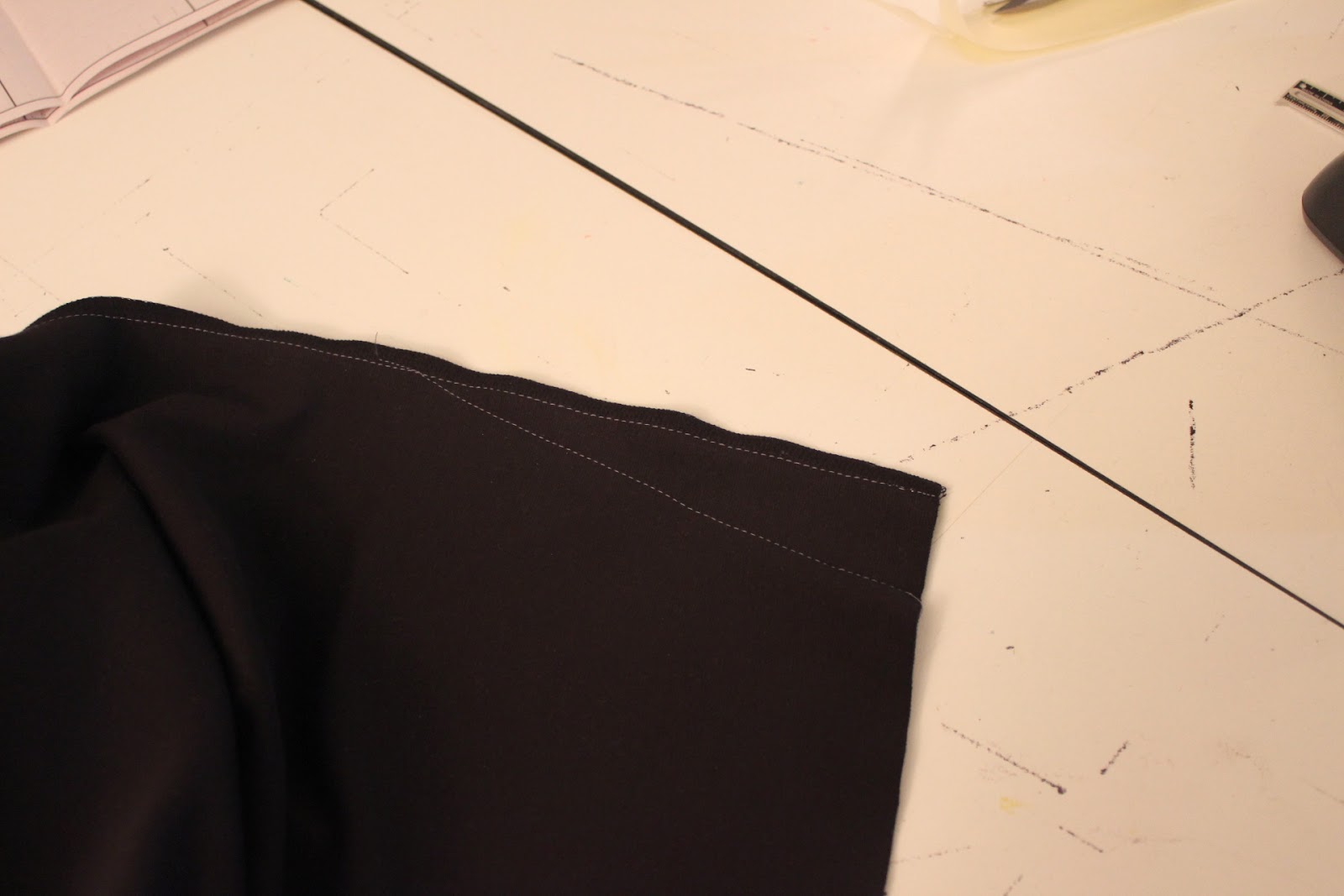 4.  The front and back pattern pieces were altered to reflect that change. I also took a wedge out of the pants front curve. Ummm, yeah if you don't have extra fat there, the crotch curve droops.  See all that extra fabric there...fine for a wearable muslin pair but not for my "real" pants. 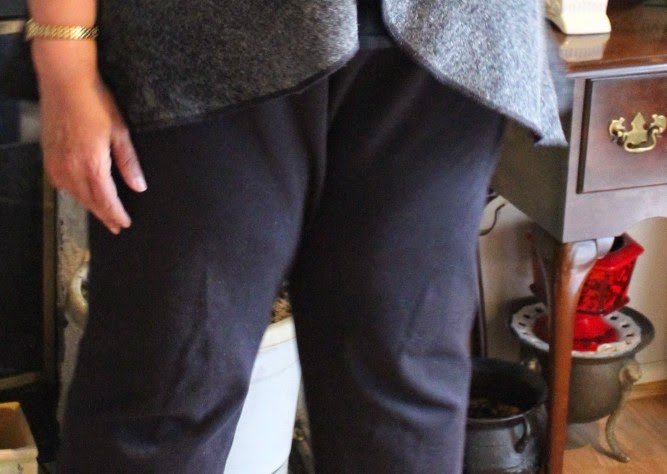 5.  Final alteration was to add an inch to the center back merging into nothing into the side seam. The pants dipped a little low in the center back when I stood and sat.

I'm glad I made a wearable muslin because after wearing them I've determined that I have a few more changes to make to my pattern. 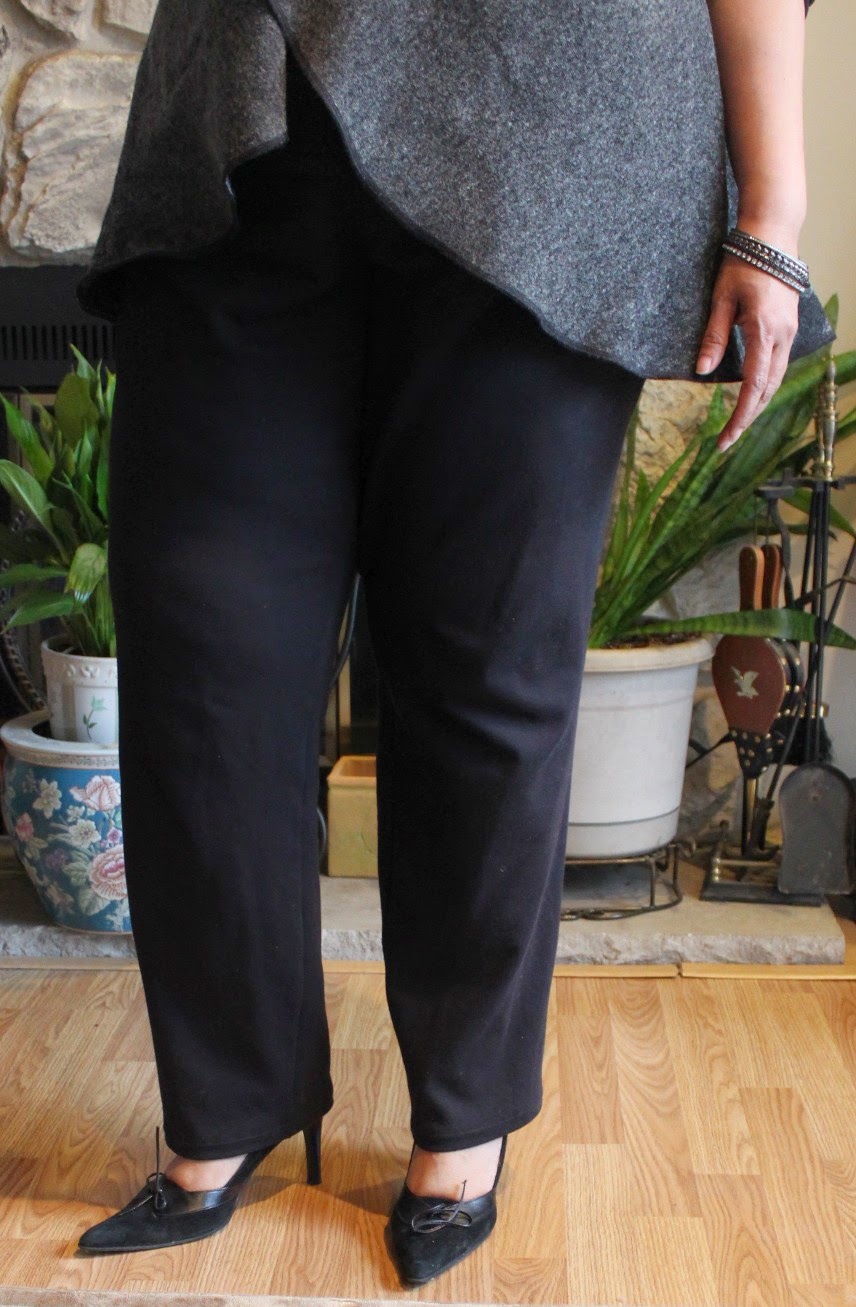 Sewing Observations ~
It's been awhile (at least a decade) since I used anything other than my TNT pants pattern to make a pair of pants.  So I have my own construction order that I use, as well as, my own elastic application.  Hey what ain't broke didn't need fixing especially since my goal was to get clothes to wear - not try out a lot of techniques.

So the way this pattern has you attach the elastic was totally new to me. First there's a pattern piece to tell you how much elastic to cut. As an aside after I made the pants, I've decided that guide is gold! It's so awesome!

I cut my 1" elastic using the guide and followed the pattern instructions to sew it into a circle. 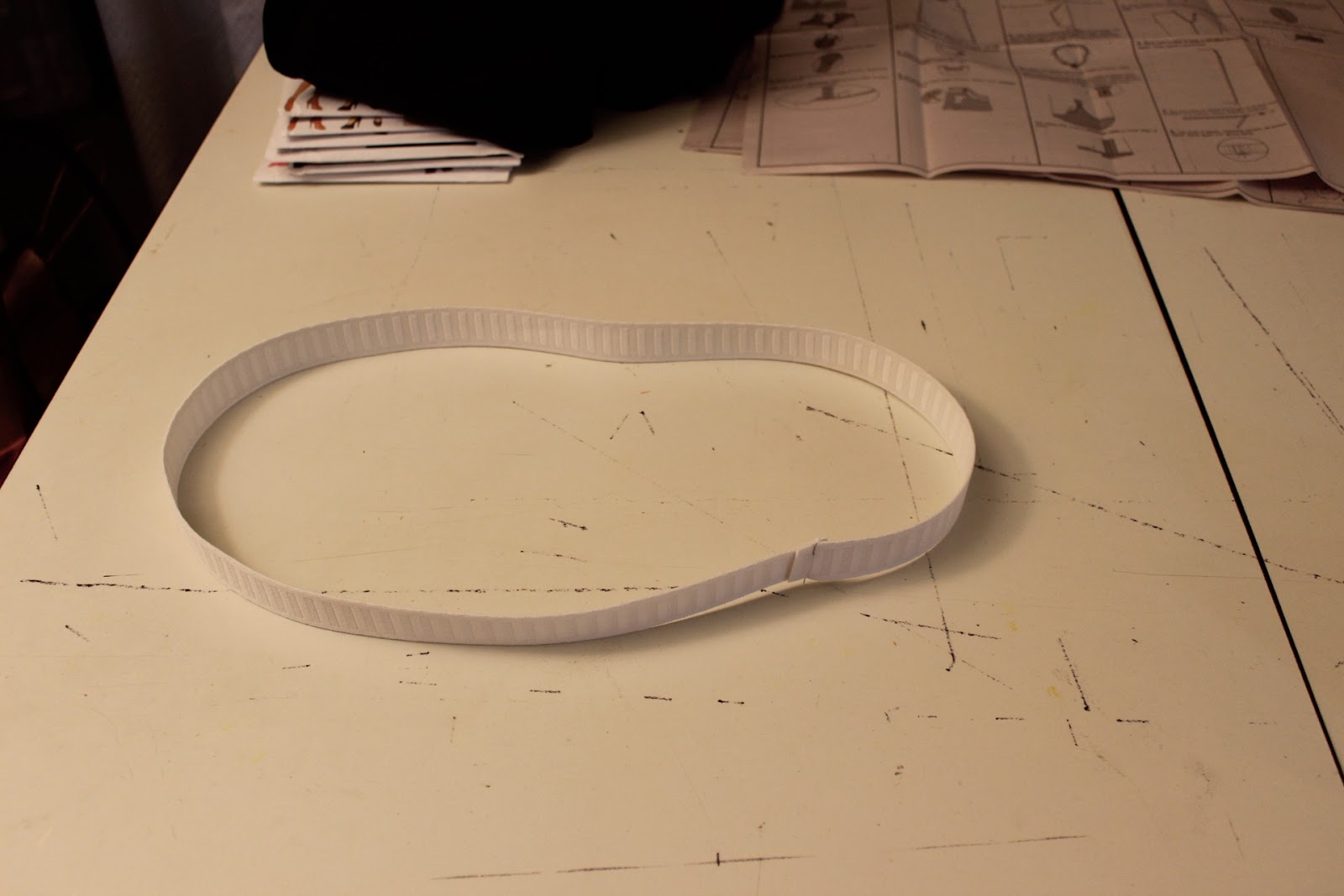 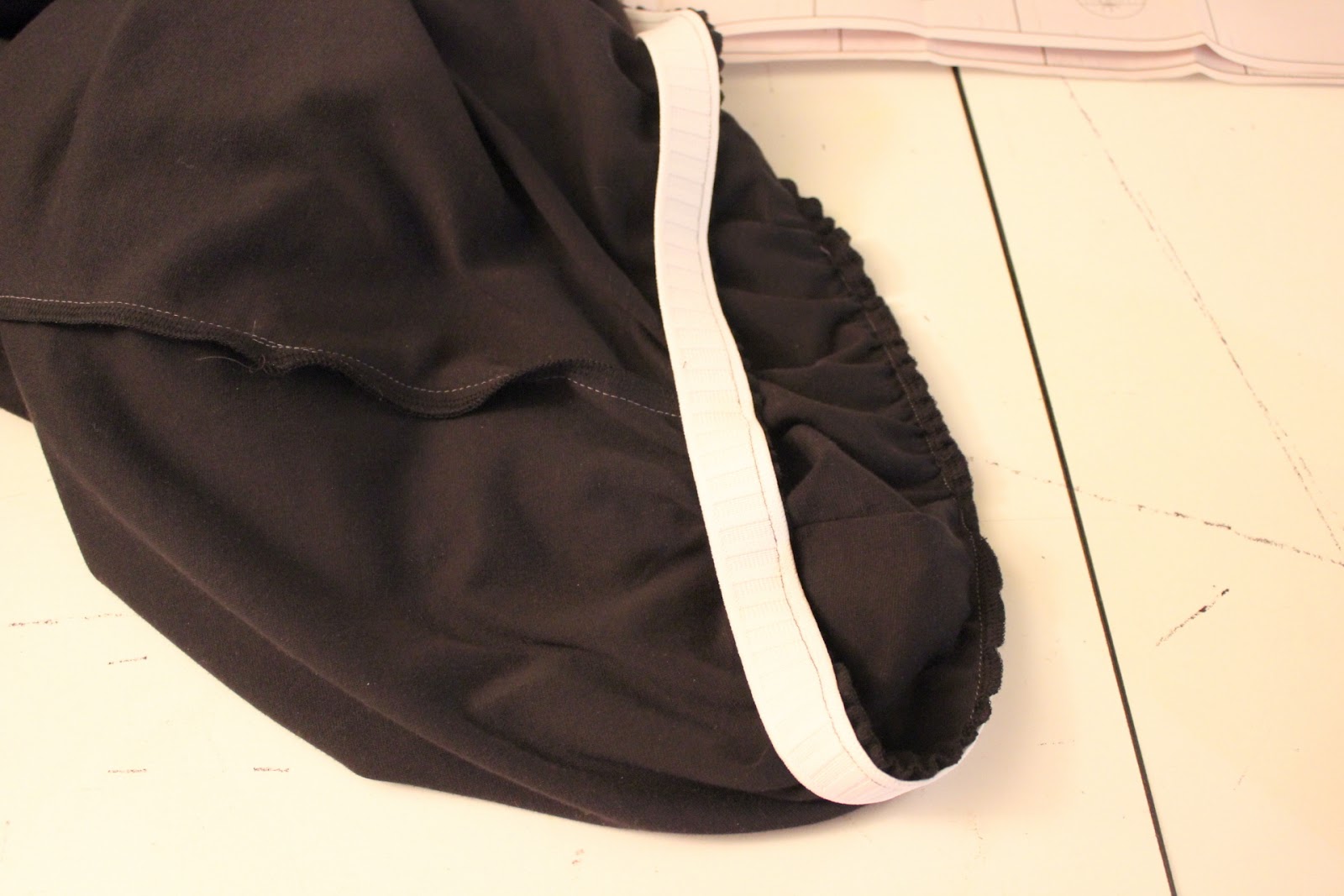 Finally, you fold it over and use the same stretch technique to encase the elastic.  Here's a pic of the finished waistline. 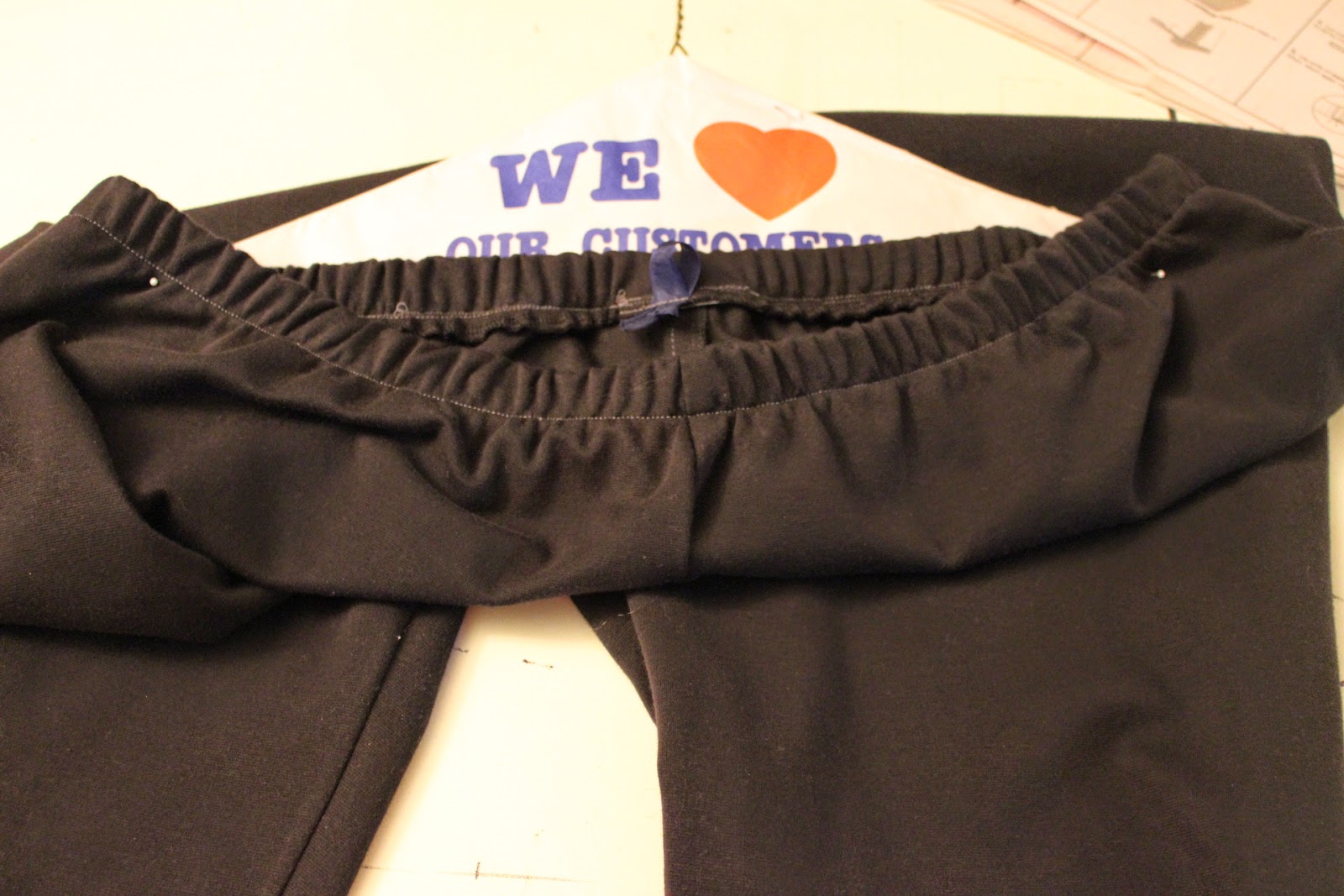 I'm sure that this is not a new technique. However, I was thrilled with the outcome because you know that I was bugging since Dritz discontinued the elastic I'd used for the last decade in my pants. This technique is just so friggin' cool!

The seams were primarily sewn using my serger ONLY after I stitched the pants together using my sewing machine and checked the fit on my body.

This is how I wore the pants last January...

Pants with turtleneck and the artsy vest.

My next version of these pants were made in a woven here.  There will be more of these pants sewn especially since I pulled the wearable muslin pants out and wore them today. The look of them fit really well in my new reality. Now to go through the fabric collection and pick some more ponte out to make a well-fitted pair of pants. They will go so well with my new Butterick 5678 tunic!

Posted by Carolyn (Diary of a Sewing Fanatic) at 10:00 PM