Even though I've purchased a bunch of top patterns recently, I started making tops, specifically button down shirts using Butterick 5678. 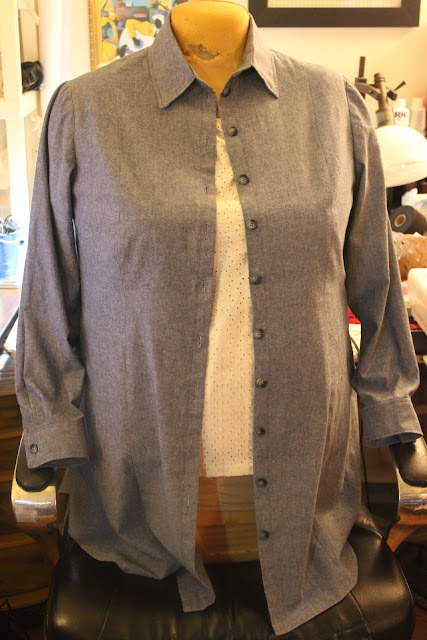 I'm starting this post with a photo of the unbuttoned shirt on Lulu because I am finally smaller than Lulu and it won't button on her!  See I really wanted to do a review of the pattern now since I've already cut out another one. Also it will be next weekend, before I get pics of the shirt on me. 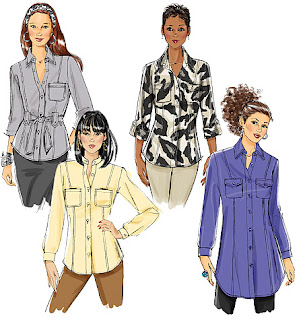 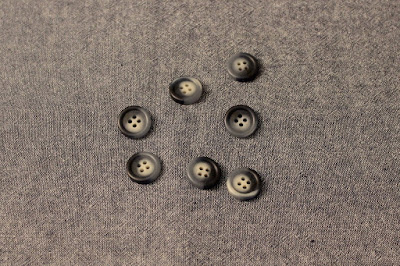 Fabric is a blue cotton chambray recently purchased from Fabric Mart. The buttons are from the stash and I used a lightweight fusible interfacing from Fashion Sewing Supply.

I chose this pattern because it comes in cup sizes and has princess seams that start from the shoulders. I prefer princess seams from the shoulder line rather than the ones that start in the armhole. This one also has several lengths, different sleeve & collar views and pockets.  Even though I won't use the pockets, again just a personal preference.

Pattern Alterations ~
Construction Details ~
This was an easy sew. Even with the alterations I made to the pattern pieces everything fit together perfectly. So I sewed it together using 5/8" seam allowances. However, the waistline was still a little tight. So I unpicked the side seams and stitched them at 3/8" from above the waist to just below it then top worked perfectly. The collar and collar stand went on painlessly, so painlessly that I highly recommend this pattern to anyone who has it in their collection.

A few pictures of the shirt details ~ 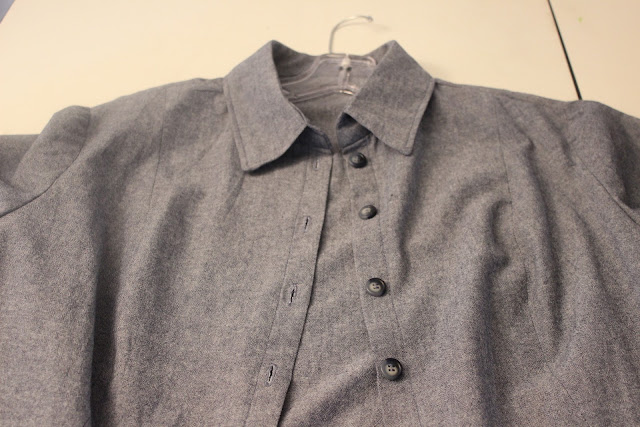 Front of the shirt 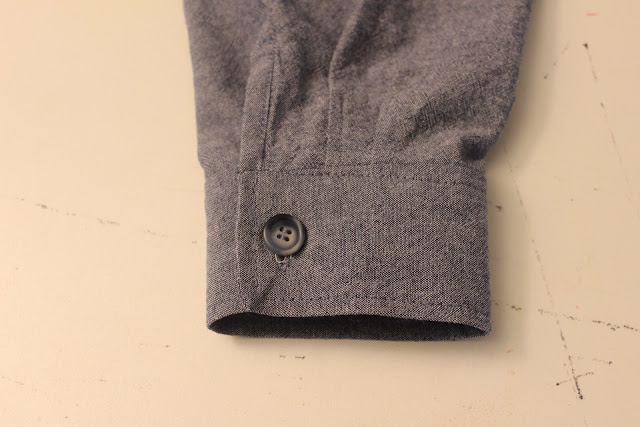 The cuff with the additional pleat and the continuous lap
and lousy topstitching...*sigh*

When I sewed the cuffs to the sleeves, my cuffs came up a little short. To compensate I added another pleat to each sleeve. This worked really well. So well that I will be using the second pleat going forward. See I have thin wrists and normally the cuff is too big/floppy.  These are perfect now. 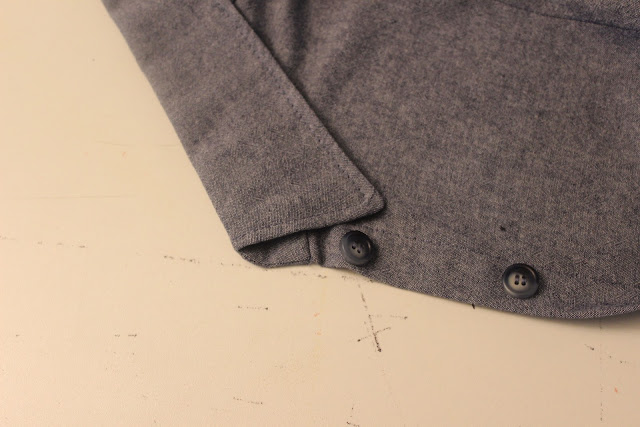 A few more construction details - my buttons are stitched on by doubling the thread and running it through Thread Heaven. I do this to strengthen the thread and so that I don't have to run the needle through the buttons so many times.  Three passes with the doubled thread is usually enough and since I had to sew on 13 buttons I needed this to be quick.

My interior is serge finished although the pattern recommends french seams. I also turned the hemline up just once instead of the two times that the pattern suggests. This is my wearable muslin but it turned out so well with just a few corrections needed, which I've listed below, so that I'm moving ahead with the next version.

These are alterations I made to the pattern ~
Like I said I have a few more ideas for this pattern. I want to use it to make a dress, several button downs in a variety of fabrics - not just shirting, and also as a topper. It will be a great layering piece for fall and winter so it will probably show up quite a few more times here this fall/winter.

The only downside is that the pattern has been discontinued but here are a few suggestions on current patterns that can be used. 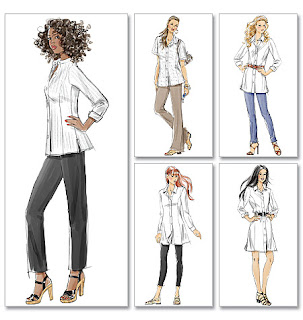