Crocheting my Life Away

Last November the grandkids all got new beds.  They've reached the stage where no one needed a crib or a baby bed - so new beds. Along with new beds, my Mom bought each child a new comforter and sheets set. I couldn't be left out of this, so I told my daughter I would crochet each child a new blanket for their bed.

Now that I'm almost done can I just ask why?  Why did I volunteer to do this! *LOL* My first plan was to make four blankets by Christmas but that didn't happen...cause honestly crocheting four blankets during the busiest time of the year...not really happening!

I started the first one during my Holiday Break because I wasn't sewing. Miss Sammy's was finished first in time for her birthday on January 31st.  It was a pink and white granny square blanket. 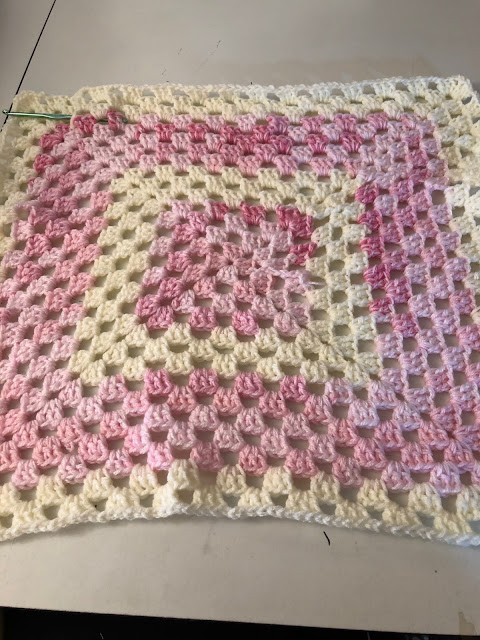 At that time I decided I would make each of them one for their birthdays especially since their birthdays are mostly in the first quarter of the year.  Miss Aleena's birthday is in June but I made her blanket right after Sammy's because who needs a blanket in June? 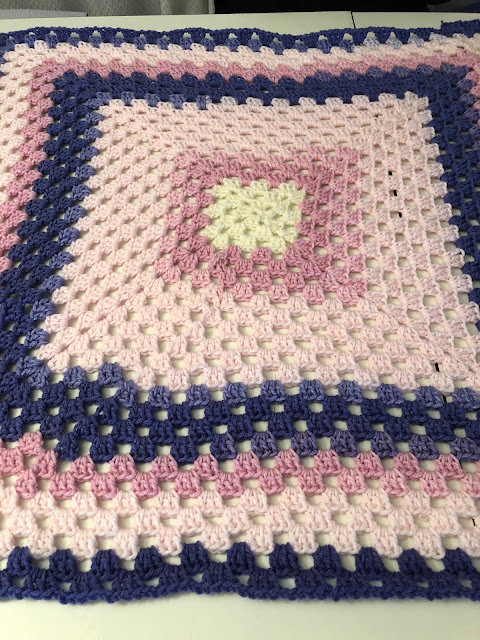 Joshie's (the youngest) birthday is March 7th which gave me a little breathing room so I started working on it next, especially since Danny's birthday is 10 days later. Also, he's almost the same height as his mother so I would need a full adult sized blanket for him. 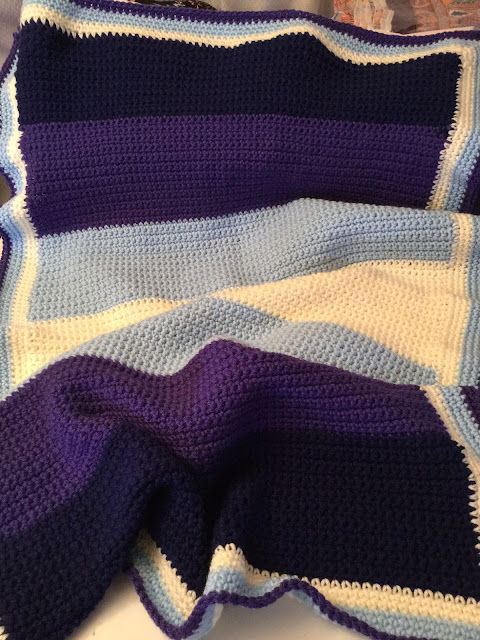 (Crocheted all from leftover yarn)

I finished Danny's blanket with a few days to go since his birthday is tomorrow. He will be 10 years old and I announced his birth here on the blog. It's made from all new yarn purchased from Hobby Lobby. It's the only one that's made from new yarn. The rest of them were made either from leftover yarn or a combo of new and old yarn. 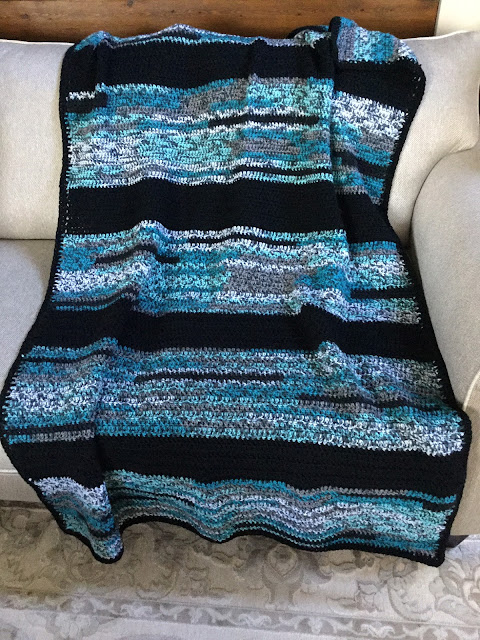 ...and I'm tired of crocheting. I'm sure that's why my sewing has pretty much been non-existent since I NEEDED to get these last two finished this month.

This weekend I'm cutting out my garments for Sew Camp which is next weekend and I'm making a quick garment to play along with the #SewcialistsMiniChallenge.

So regular sewing posts will be back soon!

Posted by Carolyn (Diary of a Sewing Fanatic) at 9:30 PM