First this round up is late because I've caught my annual case of the crud. I've spent the last few days sleeping and hydrating and am finally starting to feel human again!

Second this post is all about my unabated fabric addiction. See February is a cold, dark and dreary, short month to be creative in...well at least here in the Northeastern US it is. I have ideas but I don't feel as if I executed them well soooooo I bought fabric instead. Which is an anomaly for me because in the last couple of years I've managed to keep my fabric buying to a minimum in January and February...but NOT this year!

I started February with an 11 yard overage in the collection. I've added to my overage this month by adding another 9.5 yards more than I sewed. While I've rearranged things in the sewing cave to make room, I still own a lot of fabric. This is discouraging to me. Mostly because I'm usually better at quelling the fabric buying genie at the beginning of the year.

This month is Sew Camp and the sojourn to Fabric Mart - my Disney World - so fabric will be bought. Just how much fabric remains to be seen. All this to say that my in and out totals for February suck! *LOL* 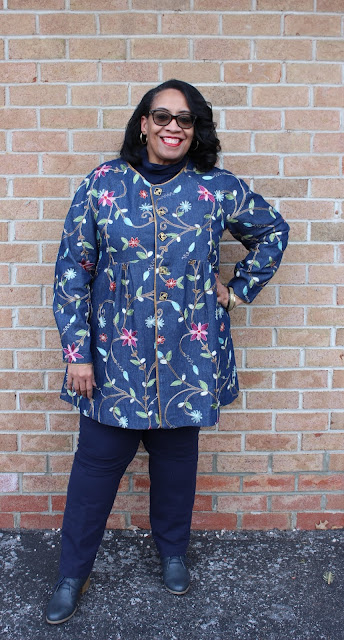 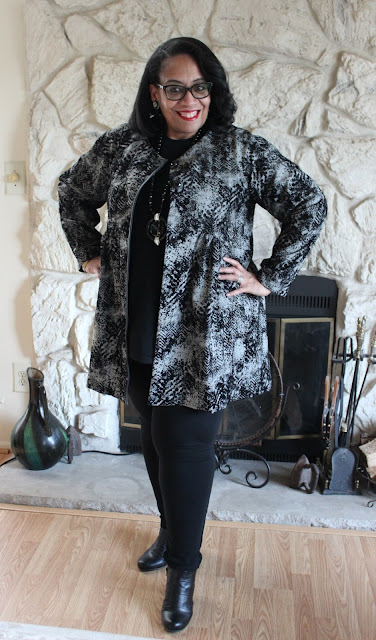 ...and an embroidered vest 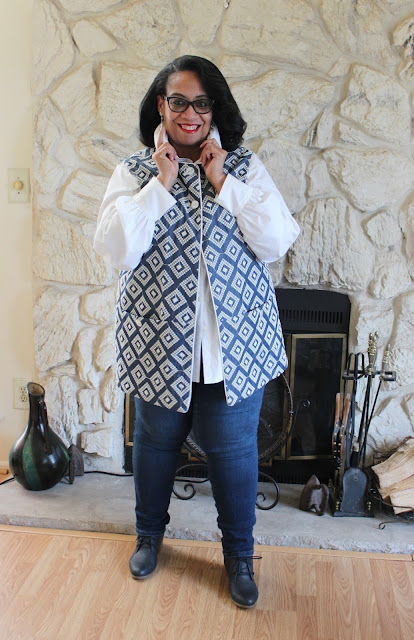 These were involved sews and February is short. I did start a pink linen shirt which will definitely make an appearance in March... 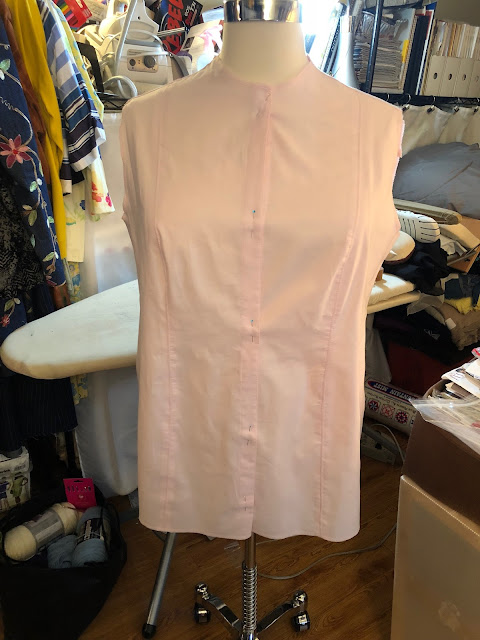 (Sewing room realness in the background!)

...the Simplicity 8265 vest is finished and waiting to be photographed since I decided to work on the "Sew Your View" pattern this month.

My sewing is pretty planned out from March to June (I have several events to attend this year) and a lot of that fabric is already on hand. The key will be not to buy a hellavua lot more...and in that vein...here is the last 9 yards that came in from Fabric Mart before the month was over. I just couldn't resist the $3.99 per yard pontes/doubleknits. 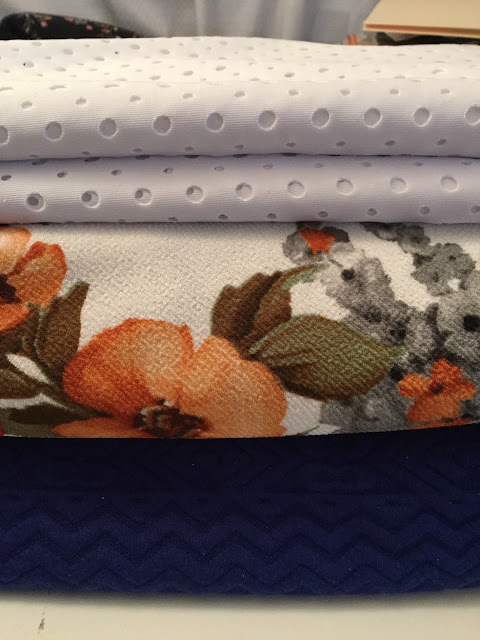 
Posted by Carolyn (Diary of a Sewing Fanatic) at 1:00 PM