An Oldie but Goodie

I own a lot of sewing books.  I started collecting pre-Internet, when books were the way to learn new sewing techniques. Because I'm preconditioned to look for an answer in a book first, I've kept every one I've bought. 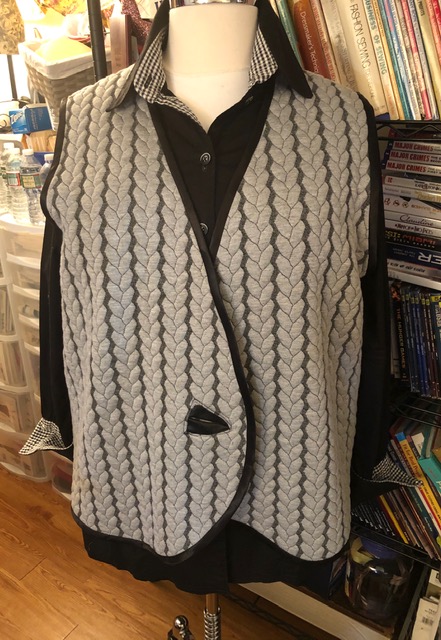 Then I found this... 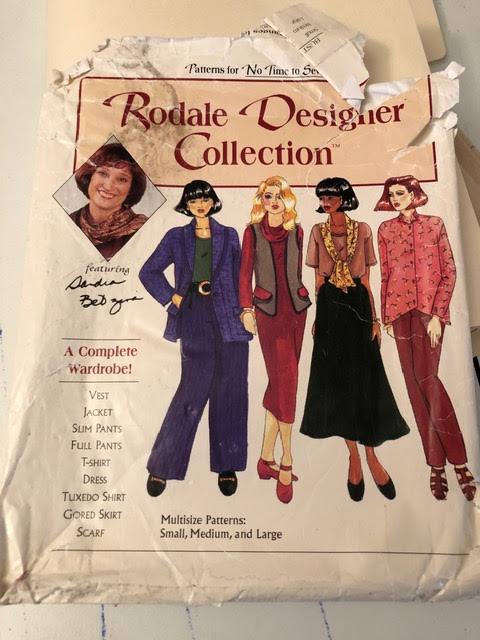 ...and I went looking for the book that accompanied these patterns. Sandra Betzina's, "No Time to Sew" published by Rodale Press in 1997. 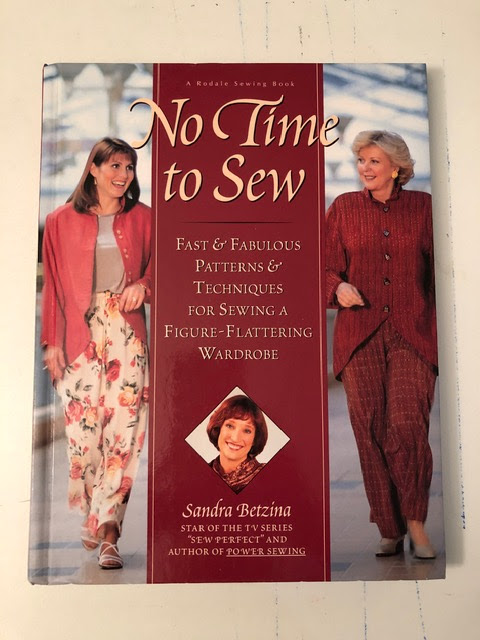 See I was looking for a simple vest pattern and it was in the book/patterns. Sometimes you have to kick it back to the oldie but goodie patterns. BTW, I didn't find the pattern I was originally looking for! *LOL*

Pattern Alterations ~
I made a few alterations to make this more wearable for me.
- I lengthened the front and back pieces by 4" - 2" right under the arm and 2" in front of the
second set of notches 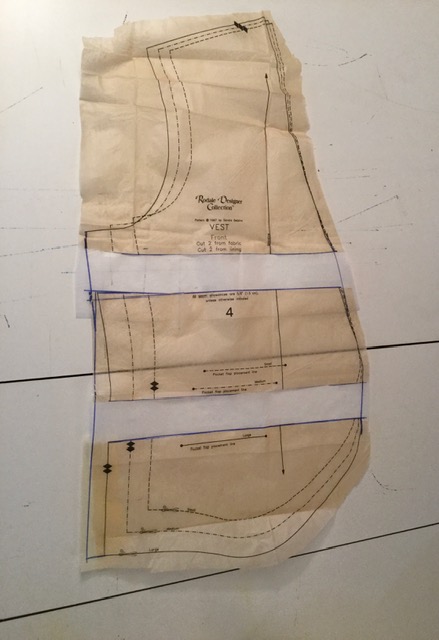 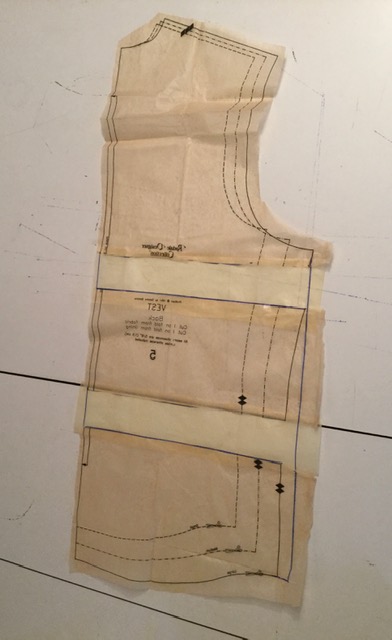 - I wanted a more boxy looking vest
- I added a 1/2" to the side seam of the front vest piece
- The pivot and slide technique was done to the back piece to give me an extra 4" at the hipline. 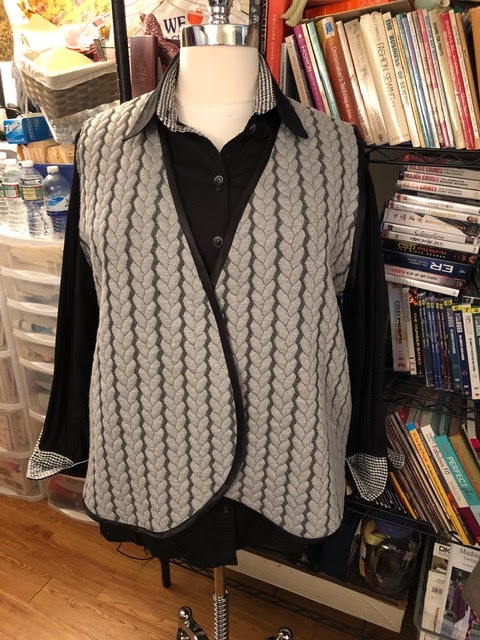 Design Alterations ~
I omitted the lining and the pockets suggested for the vest. There was also a batting suggestion where it was quilted between the fashion fabric and the lining. Not what I was looking for in this vest. I wanted a simple layering piece that was warm enough to work for winter and early spring. 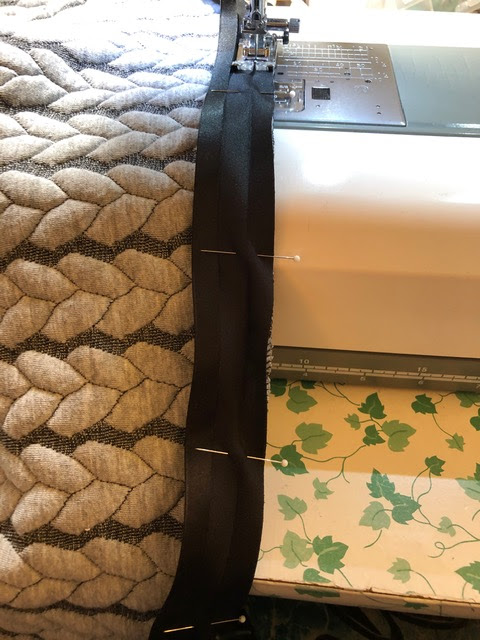 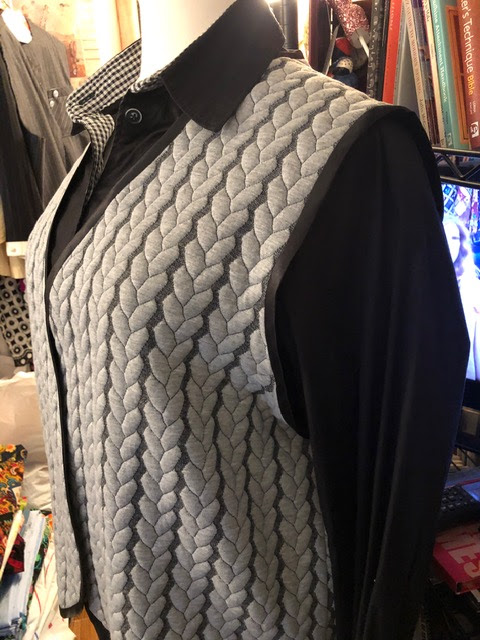 After cutting the pieces out and constructing them, I added bias binding to all the seams.

The next thing was whether to add a button and buttonhole to the front. I didn't want a conventional buttonhole and I used to put Faced Buttonholes on garments a lot back in the 90s.  Since this was a 90s pattern I decided to use a technique from the same time. I haven't made one in years, so I reviewed the process using my Lois Ericson book... 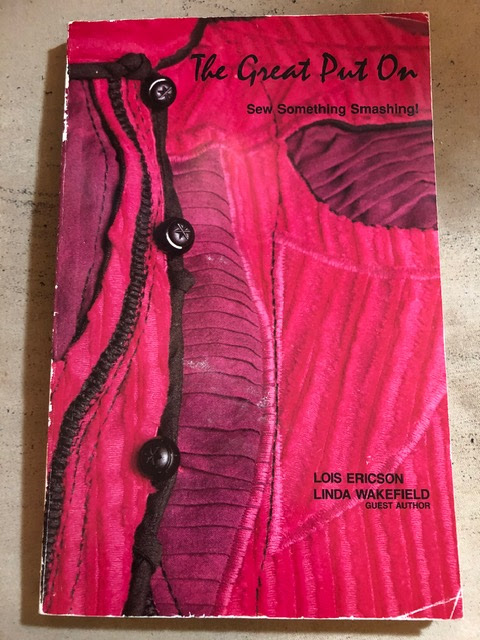 I made a sample first... 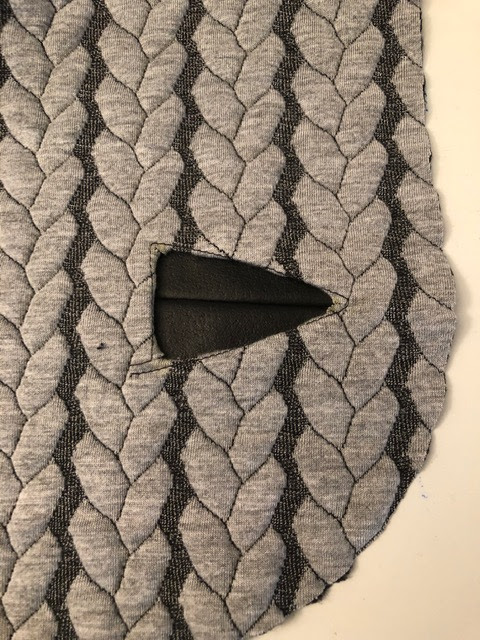 After I got a reasonable sample, I decided to go for it. 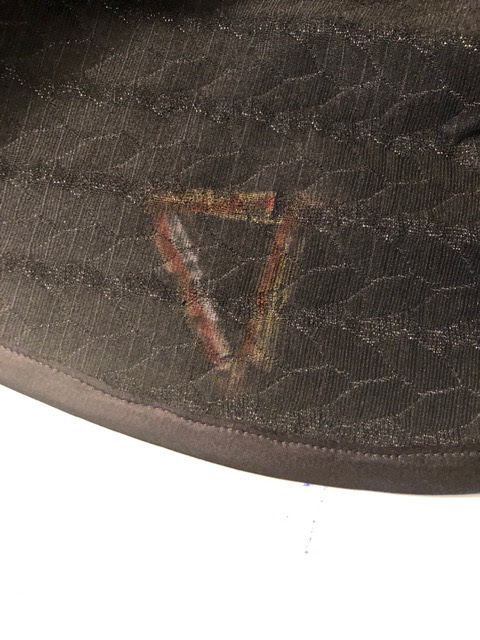 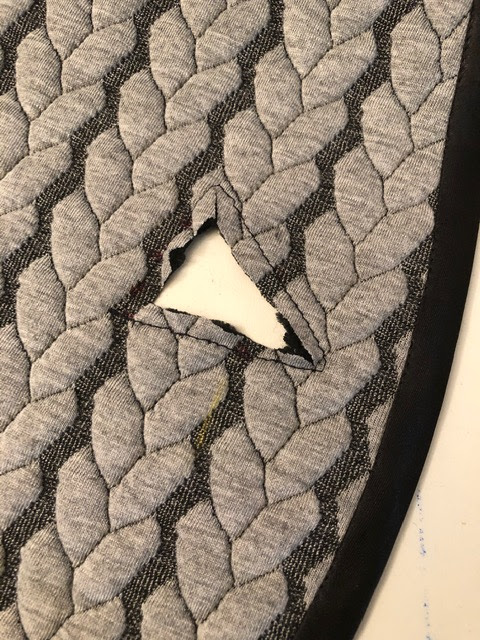 Cut a hole in the center and then trim around
the edges, finally cut into each corner 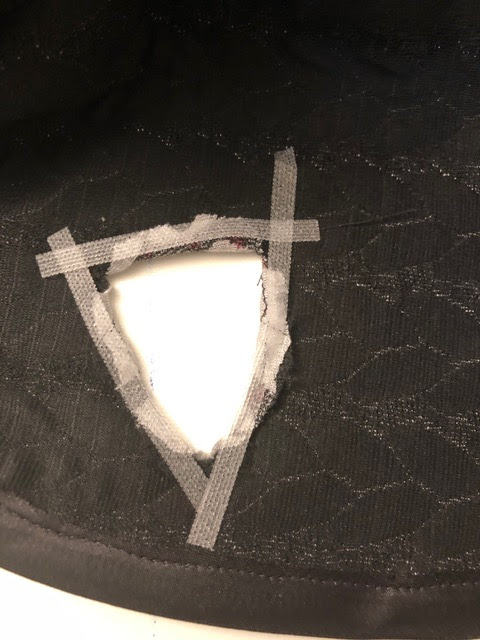 Next I add Steam-A-Seam 2 to the back


o  The next step was to add the pleather pieces.
o  I cut 2-4" by 3" wide pieces of the pleather then pressed each one flat.
o  I placed both pieces on the back and pressed it down so the Steam-A-Seam would hold.
o  Flipped it over and made an adjustment to the lips of the faced buttonhole.
o  Added some pins to the surrounding area before stitching it down 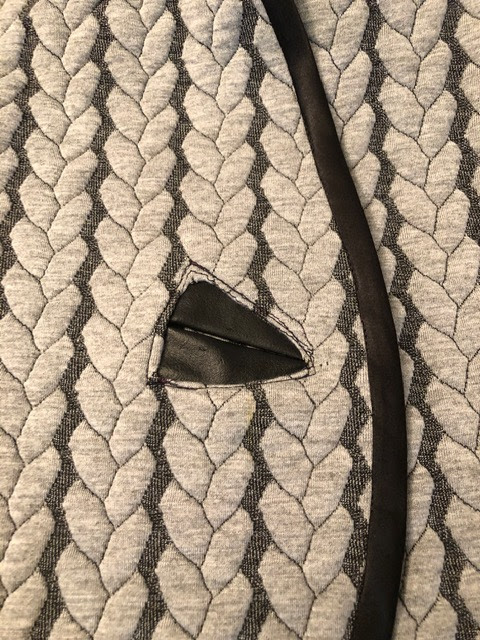 This is the buttonhole after it was completed and it's just okay. I removed some of the extra stitching around it and left it. I use to make so many of these and realize I will need a little more practice to gain the finer points of the skill back.  It will do. It's not perfect and once buttoned you will never notice.

I decided to take a picture of the vest on the dress form and call it. I have a cut pile and moved on. I'm in the mood to sew and pictures take so much time. I will wear it with my black shirt, a pair of black jeans, and my black high top sneakers.

Conclusion ~
Sometimes an oldie but goodie really works! Sometimes you need to throw it back - even if it is 23 years - to get the look you want. This is the first finished garment from my cut pile. The next post is about some wardrobe sewing I want to do for spring with garments from the cut pile. After that there will be more sewing from my cut pile.

Due to the Corvid-19 outbreak and how many people are infected in the NYC area, along with the request by the Governor and Mayor of NYC for companies to have employees work from home...I'm now working from home. I'm home until March 30th. The company is re-assessing then...so I'm working and I'm sewing while I'm practicing social distance.

I may even start sewing some in the evenings since I've gained back three commuting hours. Because of that I just want to sew...not take pictures...crop pictures...edit pictures and download them to blog posts. Just sew. So hopefully there will be more blog posts in the future.

Posted by Carolyn (Diary of a Sewing Fanatic) at 8:33 PM