I love cardigans and I love this cardigan pattern.  I hate that it's out of print because it would be awesome if other sewists could own this pattern too!  There are three made by me cardigans included in The Ten Yard Adventure wardrobe.  Two were previous makes and the final woven version is the new one.


Construction ~
I've made this before using a woven fabric so I knew the cutting and sewing changes to make for this new version.  The difference in this one, however, is that I used ribbon for the front band instead of a self fabric band. I used six 1/2" buttons for the front when normally I use five. I also put 1/2" shoulder pads in since I'm using it as a jacket instead of a cardigan. Finally, the ribbon band stands straight up at the back of the neckline, so I sewed a small dart on either side of the band to allow it to lay flat against my neckline. 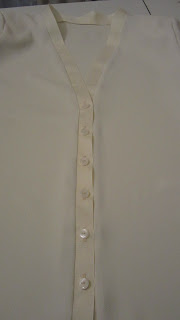 Six buttons on the front band 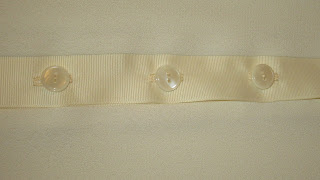 Close up of the ribbon & the buttons 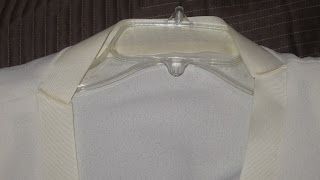 The stitching in the neckband

Here are a few looks with the woven version of Burda 8869... 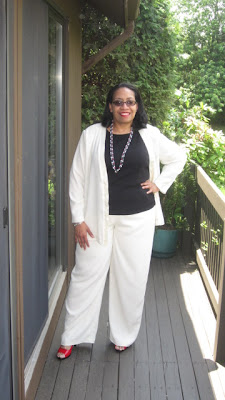 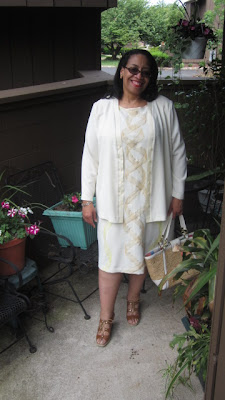 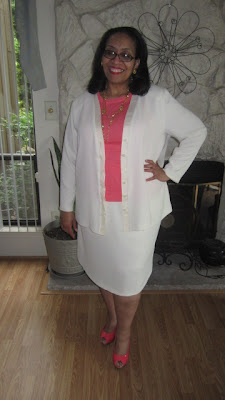 The other previous makes are The Flower Power Twinset and the gray/black/white knit cardigan ~ both work really well with these wardrobe pieces. 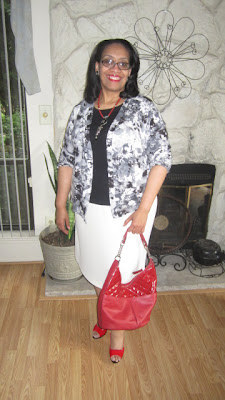 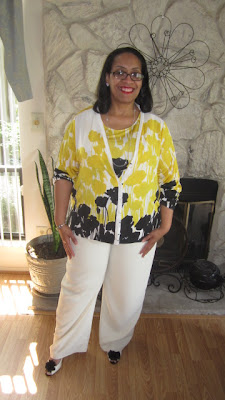 I hope you haven't minded me stretching out these posts. I do have just one more follow-up post with a few last thoughts on creating this wardrobe...