I will let the pictures speak... 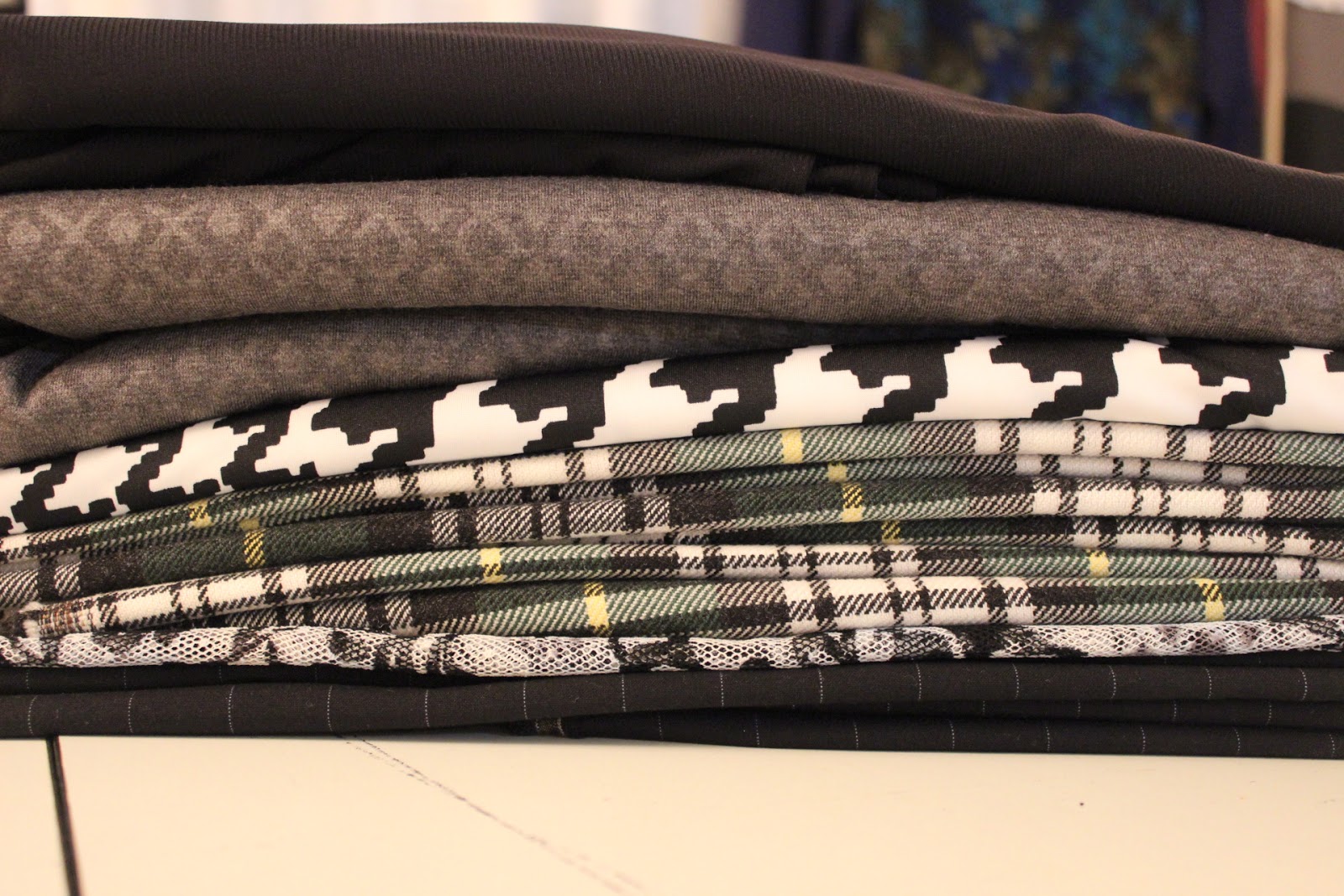 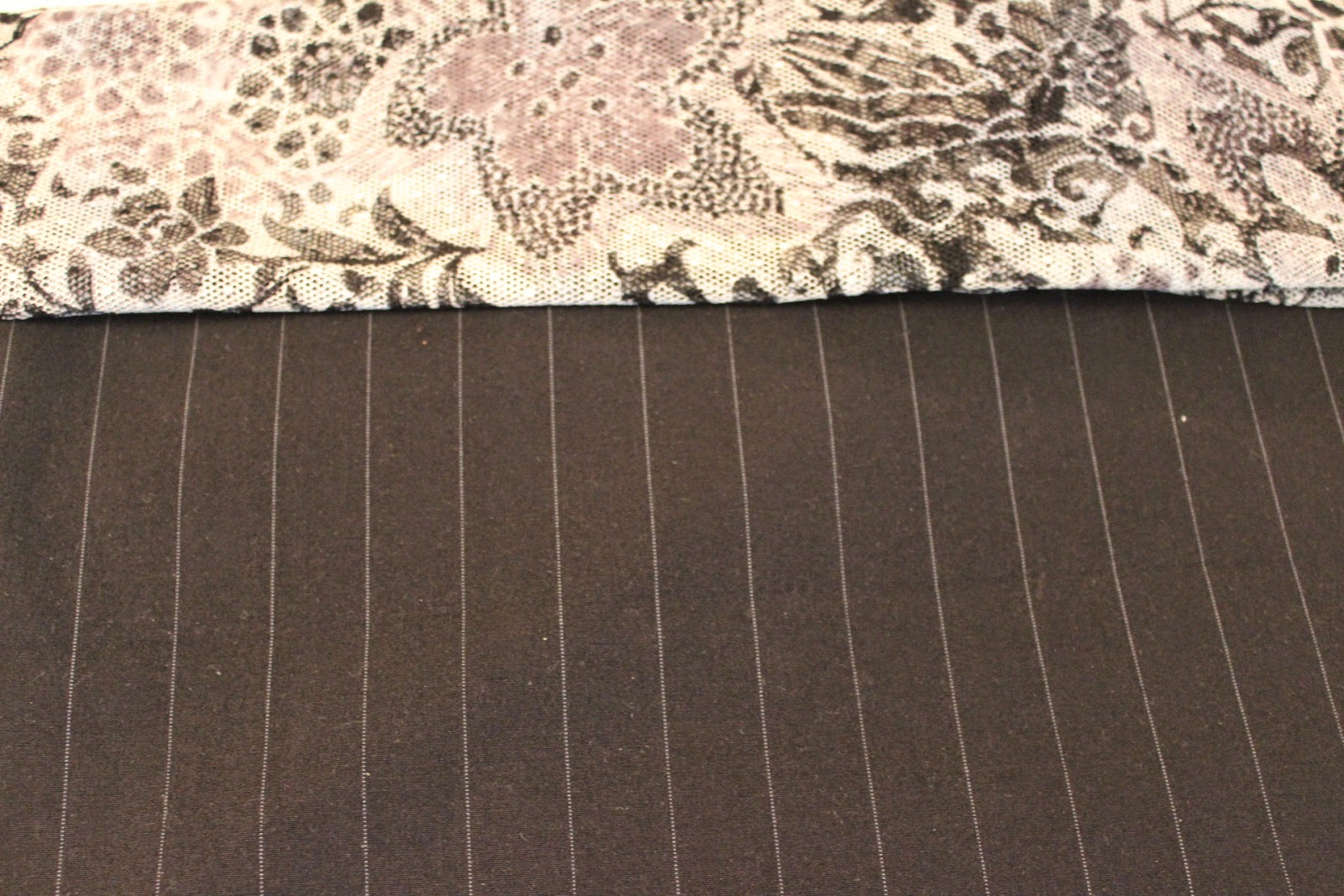 How I'm going to use the mesh and pinstripe fabrics together 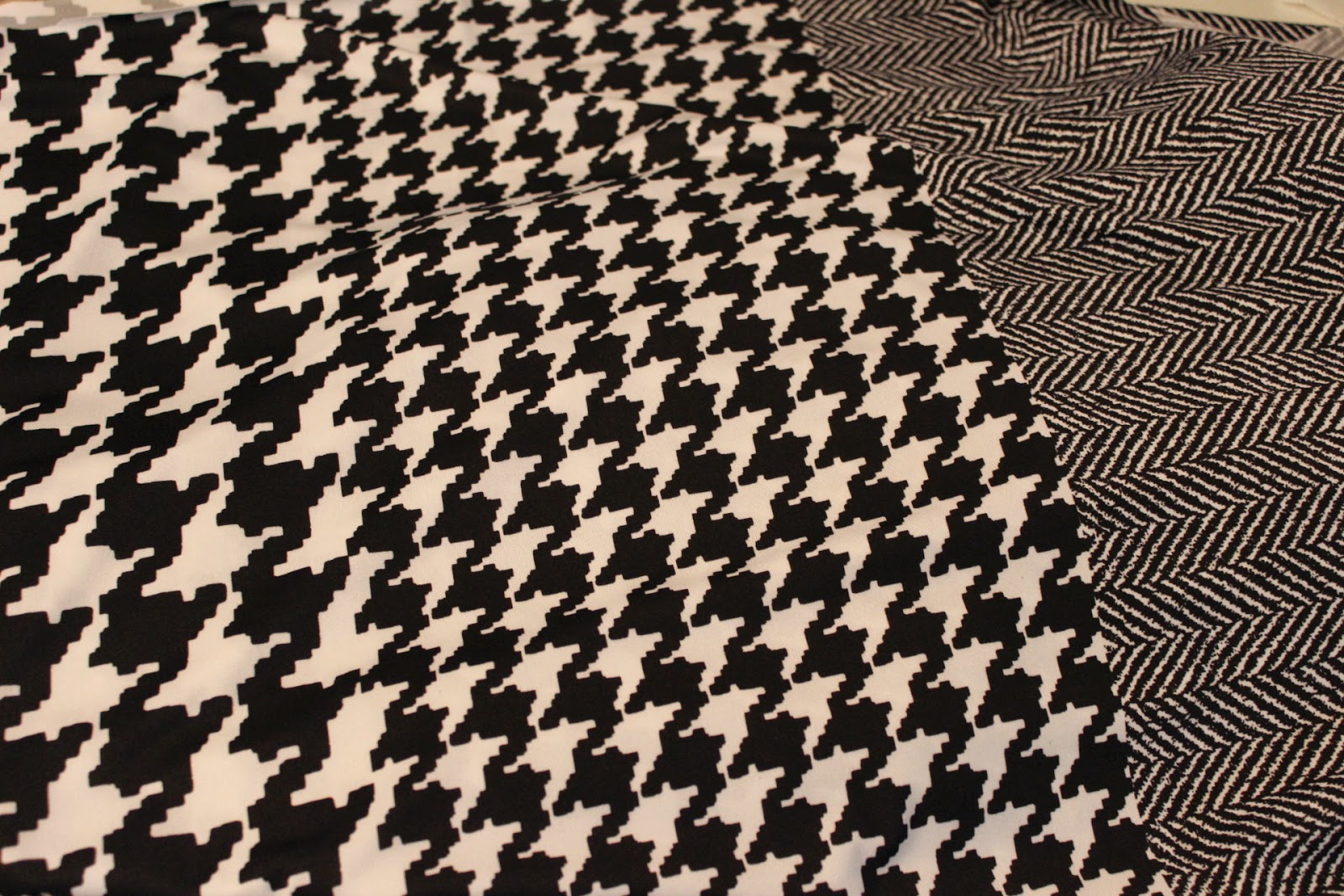 I've been working a lot lately...over six weeks at a crazy pace.  I was able to get into the sewing cave during some of this time but not in the last two weeks...so that's how the above happened.  And wait, I broke my "no ponte until January" rule.

This is what happened yesterday ~ 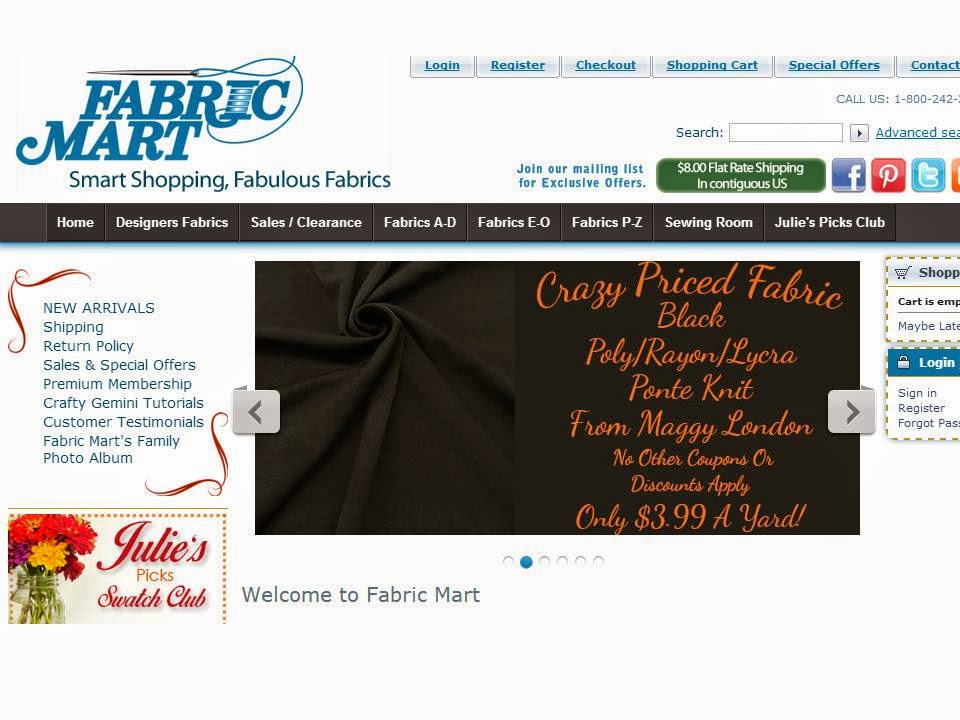 Guess I'm not the only one who thought that was a good deal because it's all sold out now. I am the lucky purchaser of 10 yards.  Not only is this good for the collection but it's also good for my daughter.  My intent is to add some long sleeves to McCalls 6886 and make a couple dresses for my daughter to wear to work for fall/winter.

A shimmery ponte also landed in the cart. No picture of that until it arrives because it's sold out too. Guess it has something to do with the fact that everything at Fabric Mart is 40% off right now.

I've been doing so well with the "no fabric accumulation" and it was stress at work that encouraged me to hit the buy button...that and the fact that I'm a fabricaholic with a ponte problem. *sigh*

This is what it looks like outside right now... 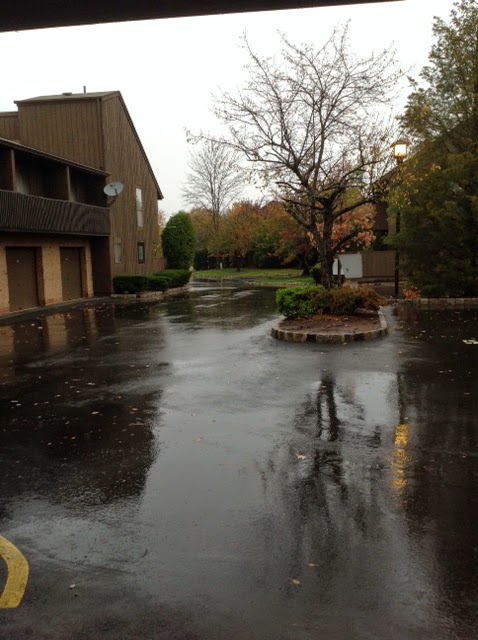 So I'm in the sewing cave finally starting to work on my Muse dress. The pattern alterations are done and it's on to cutting out the fabric.  Hopefully I'll have a new dress to wear to work this week.

BTW, has anyone seen the new program on Lifetime, Project Runway Threads, with teenagers as the designers? It's an interesting take on the Project Runway theme. I've watched an episode. Not sure that I will be an avid follower but it's a nice riff on the concept. Here's a YouTube video with a sneak peek of the season:

Posted by Carolyn (Diary of a Sewing Fanatic) at 12:36 PM