I've used this out of print pattern before but for the jacket.  This time though I was looking for a princess seamed tank top to wear with the Vogue black jacket and the accompanying pieces. 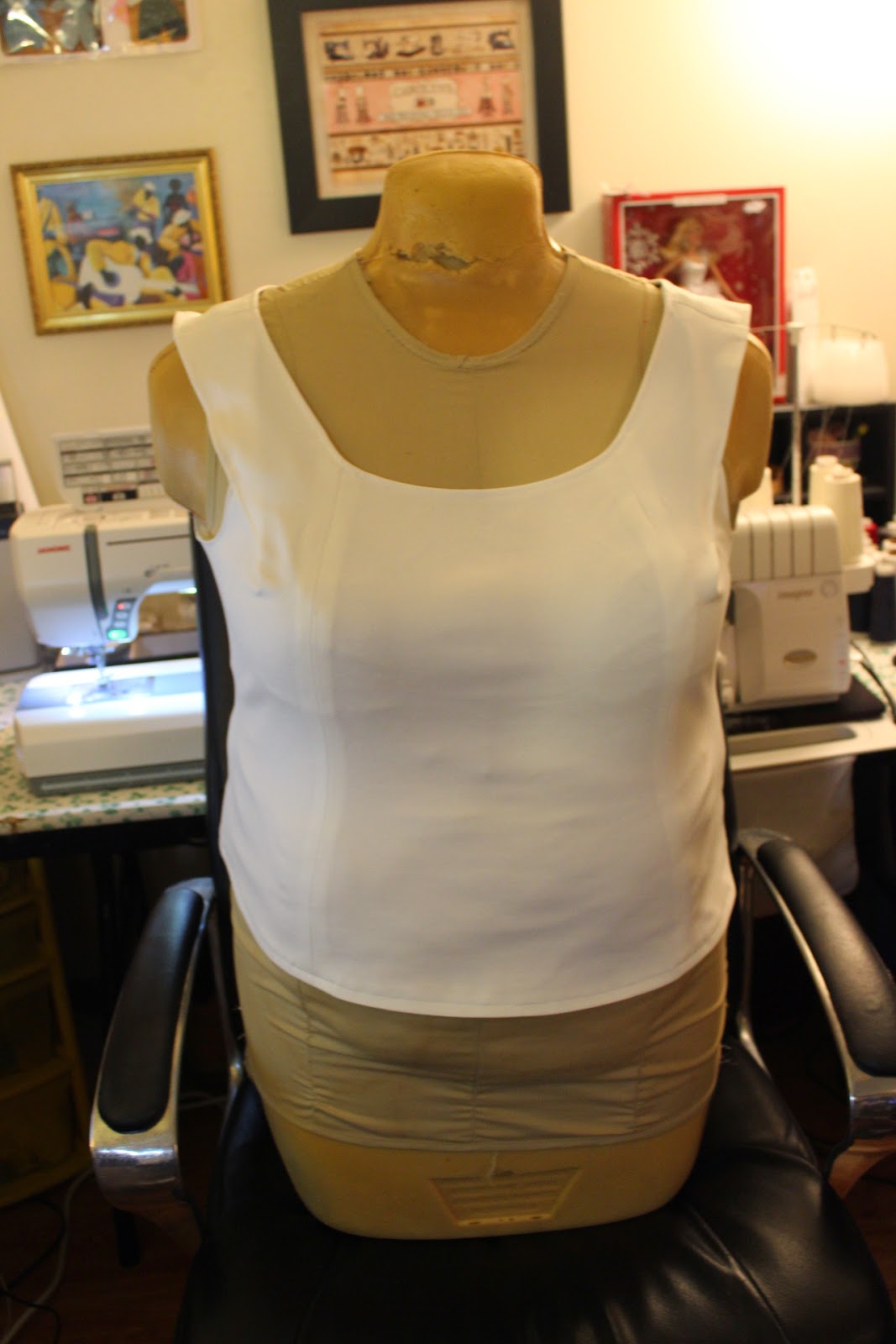 Version One:
Choosing a white ponte from the collection to make the wearable muslin resulted in this...which is nuthin' like the pattern envelope. I started out on the right track...making pattern alterations to the pattern pieces... 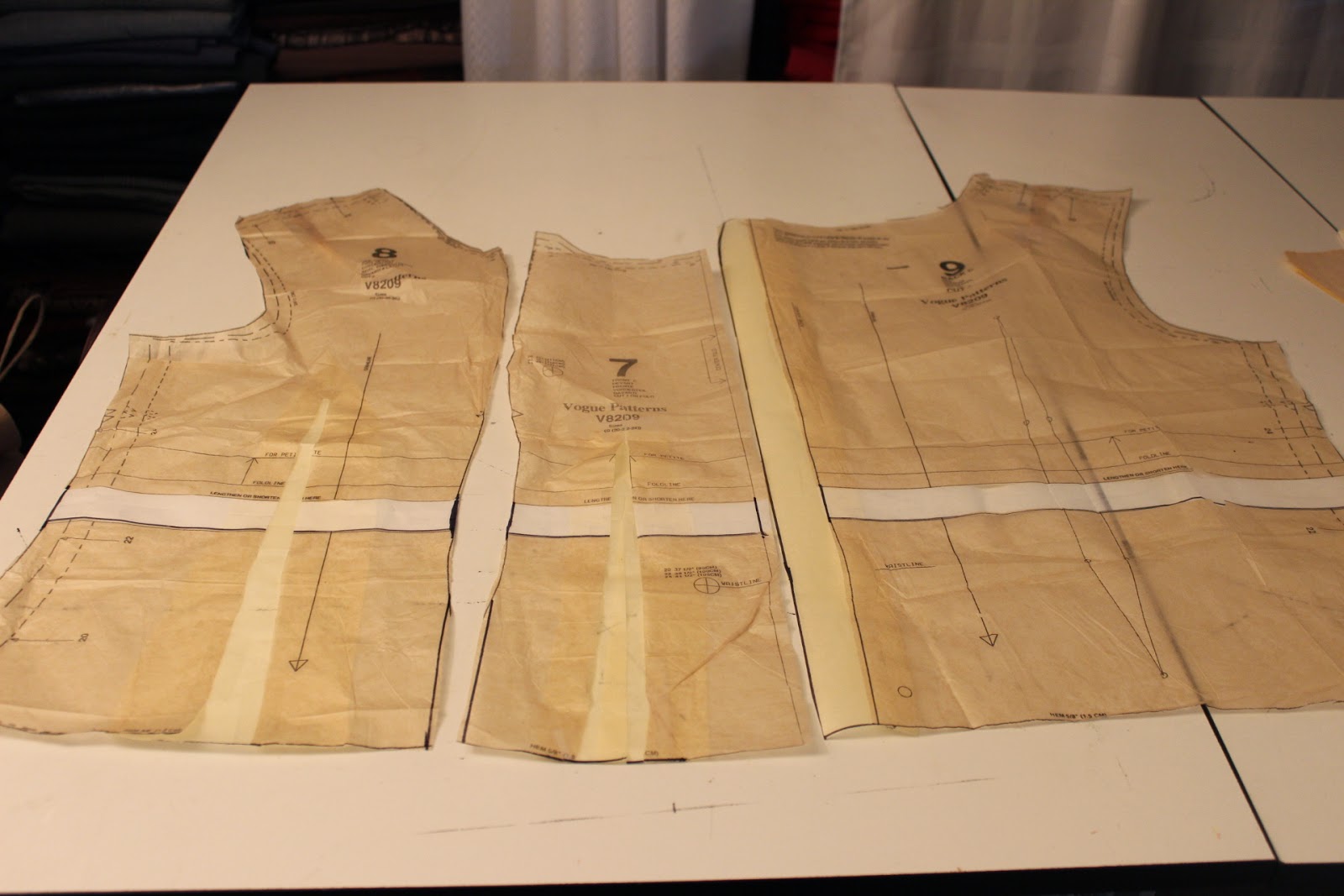 Then when I tried the top on after basting the sides and the shoulders together...I ended up with a top that fit at the hemline, slid off my shoulders, gaped a lot at the back neckline and the neckline princess seams needed to be sewn a little closer to my body.

Now when I started this journey, I fully expected to make some changes to the pattern. Since I'm now making closer fitting garments it means that I spend a lot of quality time in front of the mirror assessing where to tighten up and where to add space to give me THAT closer fitting garment. (Do you know that I cringe every time I type that?! *LOL*)

Anyways, I took some in...added darts to the back neckline...and then when I determined that I didn't like how the cap sleeves fell down my arms, I did a tuck in the mirror to determine how to make the change. I decided I kinda liked the tucks so I pinned them and sewed them down. 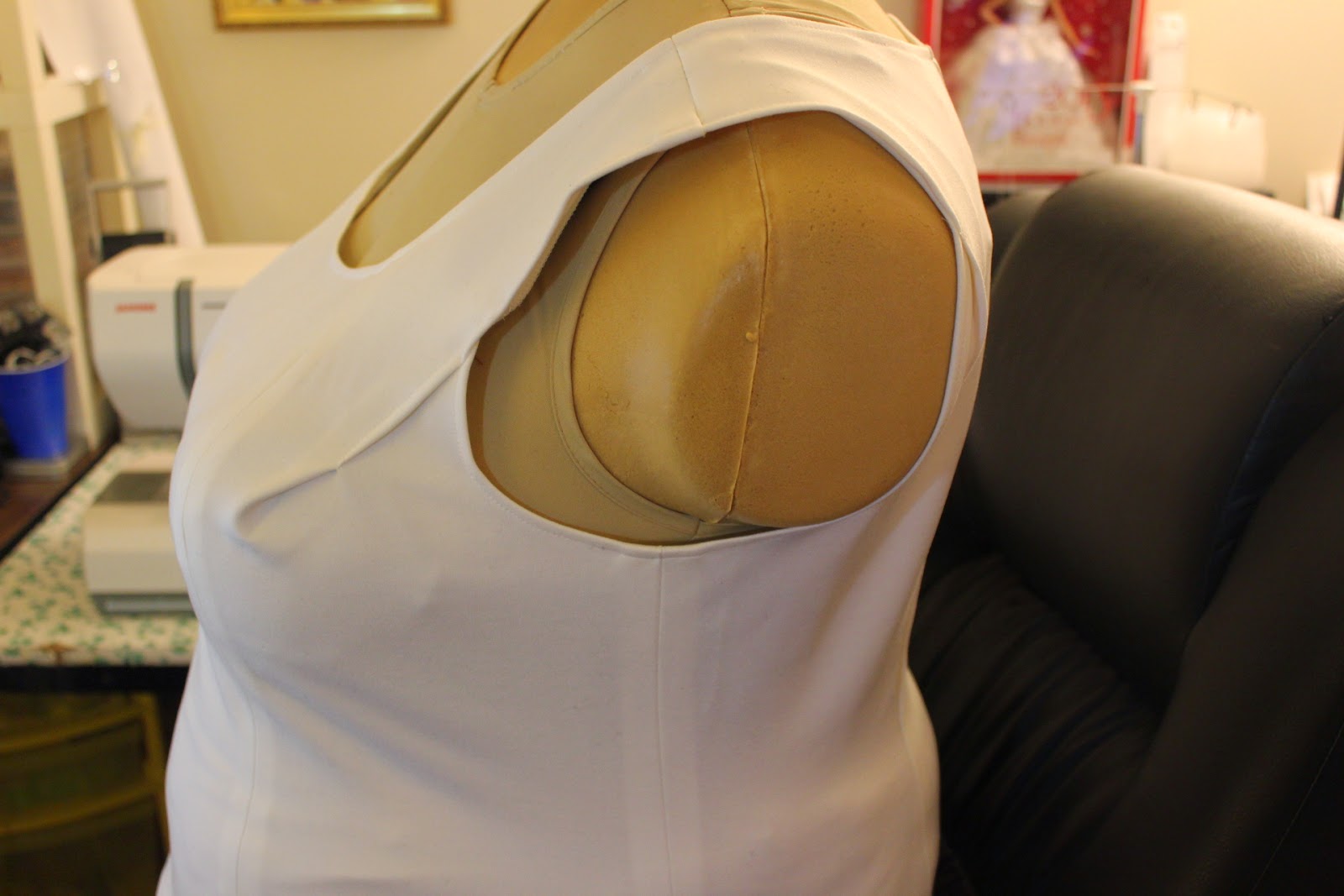 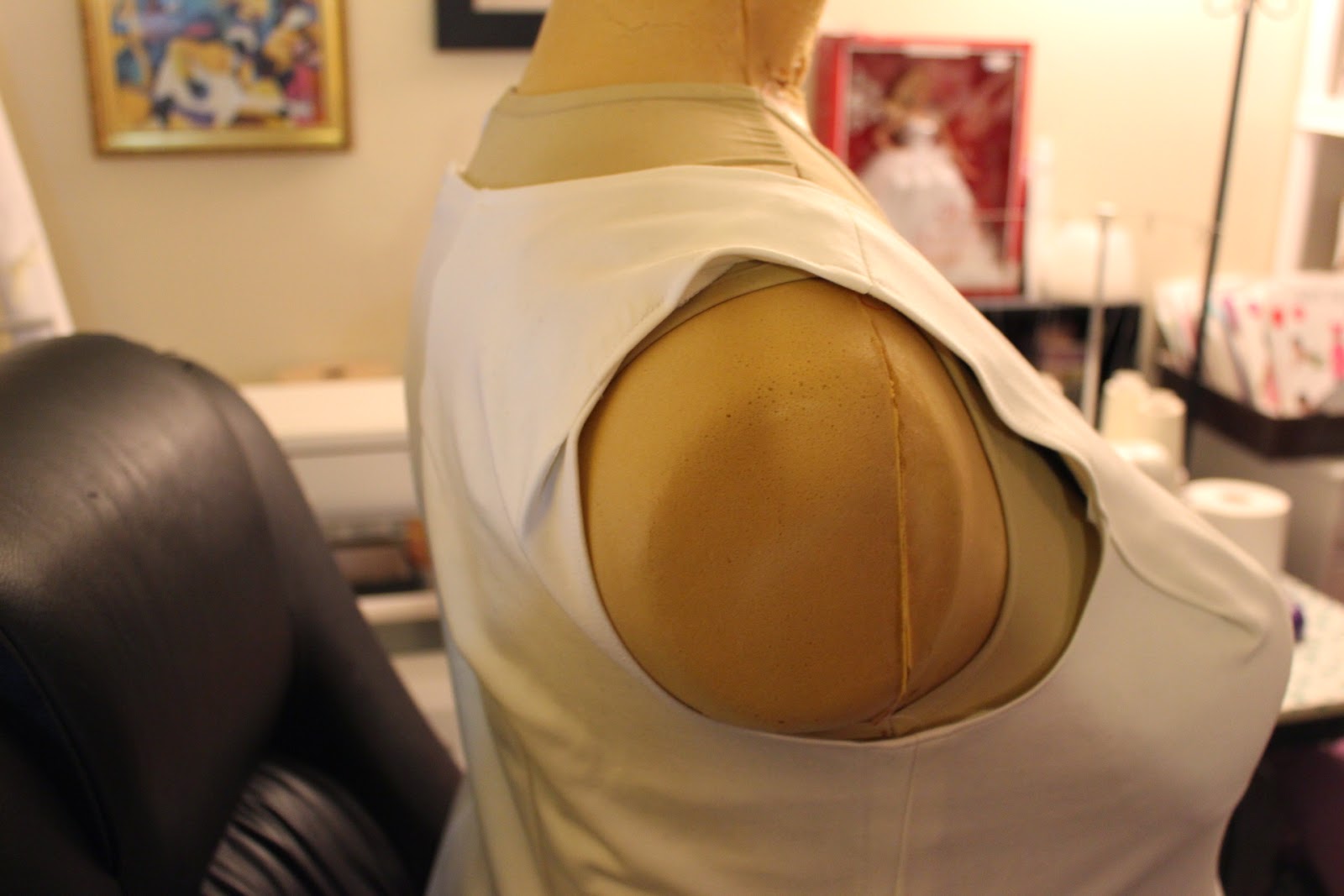 From there the changes took on a life of their own and I ended up with this kinda funky top which was sooooo fun and fast to make! A great wearable muslin... 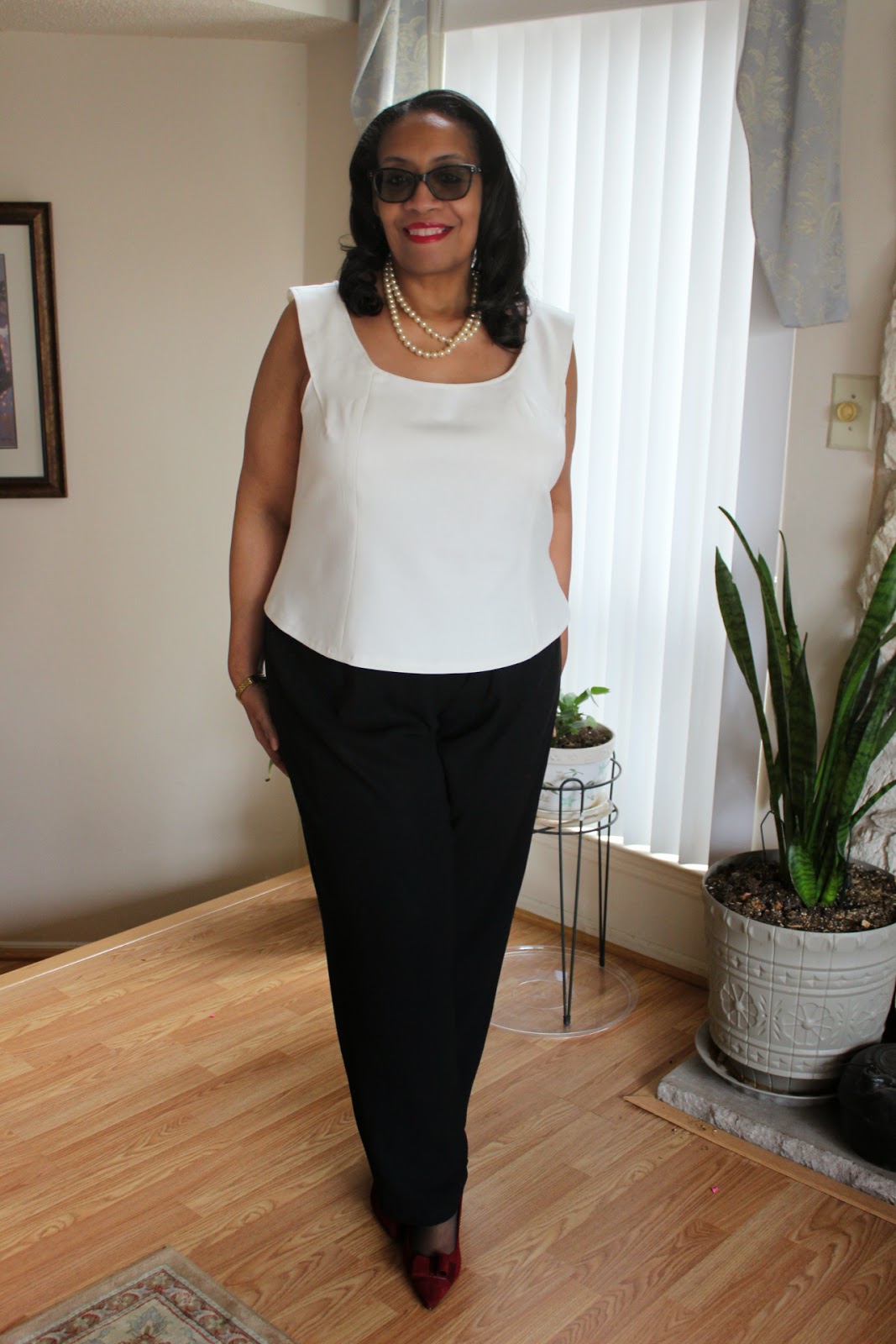 These are my regular glasses they've just changed to sunglasses
because we were taking some pics outside too.

Version Two:
Now this version looks more like the pattern envelope because I incorporated all of the pattern alterations from the first one. Although after constructing it, I did have to go in and make a few more changes. Primarily because the brocade is a woven and the original is a ponte. 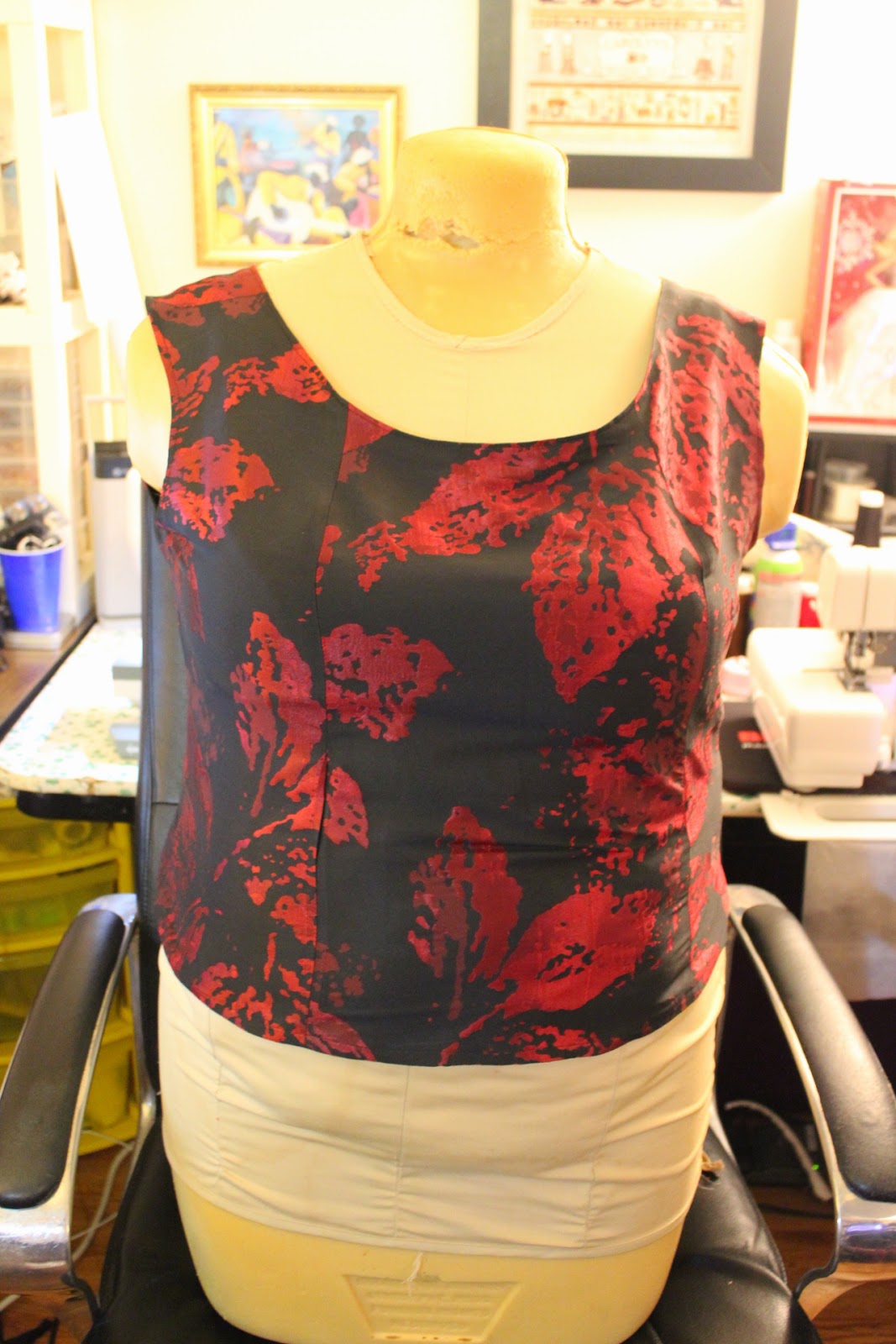 This is super tight on Lulu! It's really shown me how much weight I've lost because Lulu needs to be restuffed or I need to just break down and purchase another dressform...

I really wanted a tank from the red & black brocade fabric to match the skirt that's how this second version came to be. Here it is with the matching skirt. 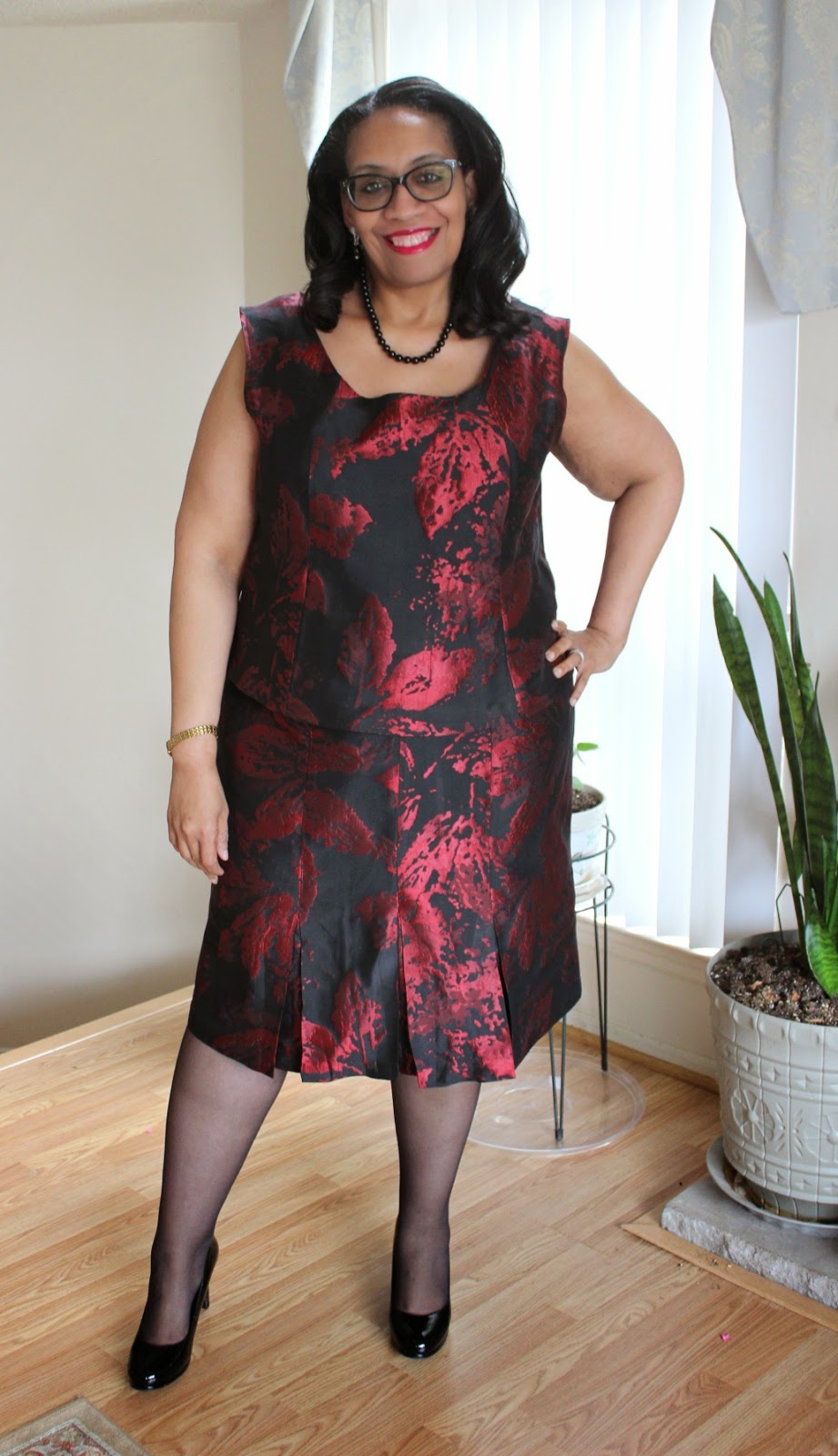 I like this top. With a few more alterations it will be an even better fitting top. I've made the changes to the pattern pieces and stuffed them back into the folder. Don't be surprised if you see another top or two showing up before the summer is over!

Lastly, these pictures of me were taken by my daughter.  Josh is just 3 weeks old but she came over, did my hair, styled me and took pictures just to get a day out of her apartment.  Thank goodness for OnDemand. She watched movies while the baby slept and I finished up some sewing. Best daughter EVAH!