Additions to the Sewing Cave

I don't know about you but I'm always adding or changing things in my sewing cave. Most changes are minor these days.  Pieces that add organization and make it easier to stuff more things into the cave!

New storage unit for patterns ~
Whenever I use a new pattern or make another adaptation to my TNT patterns they get a new folder. I've used letter or legal sized folders in the past but I've found that I really like the legal expandable folders best. So I bought a box of 50 legal folders and a new plastic bin from Walmart to store them. I've also rearranged the area under the table to accommodate the shelving. 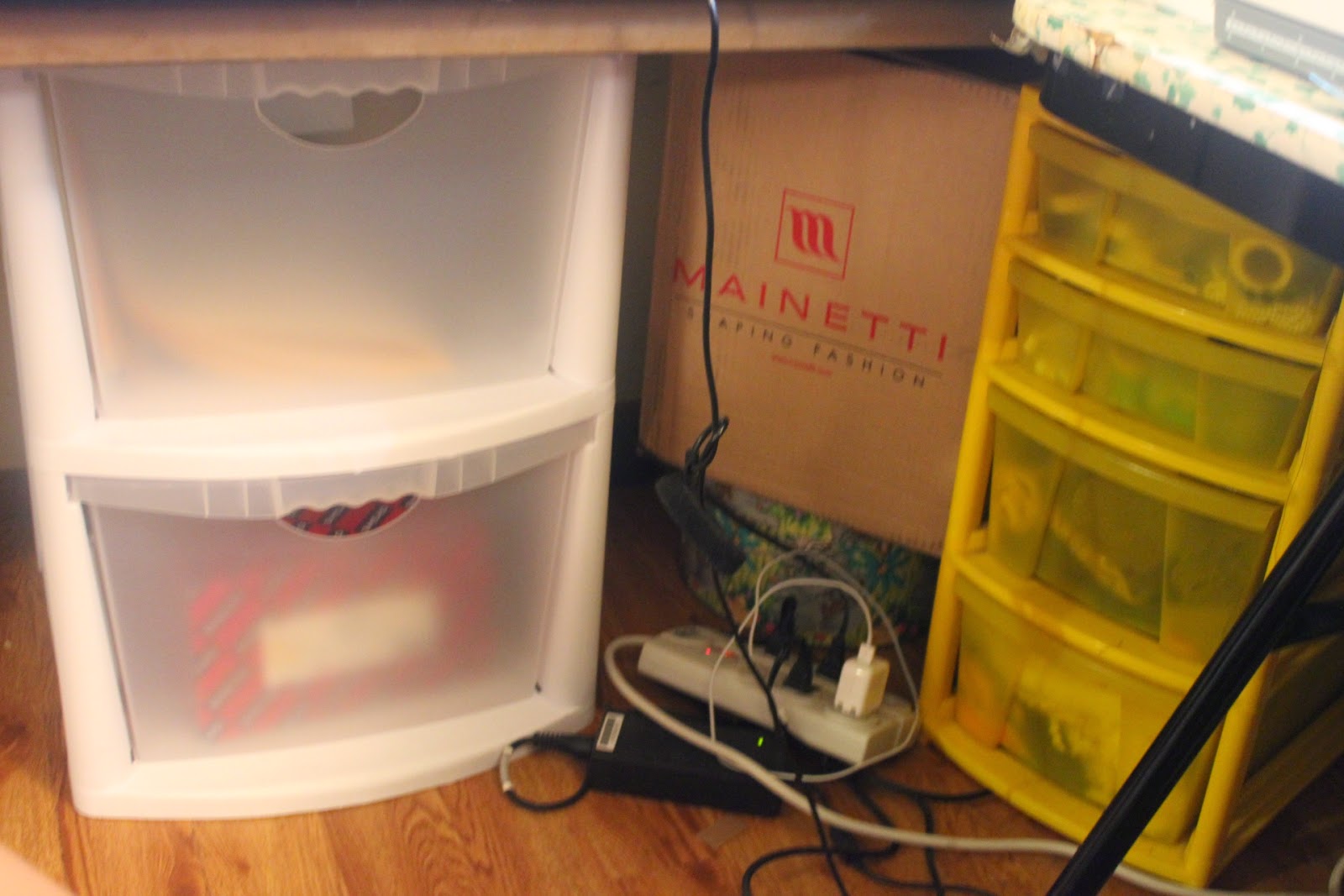 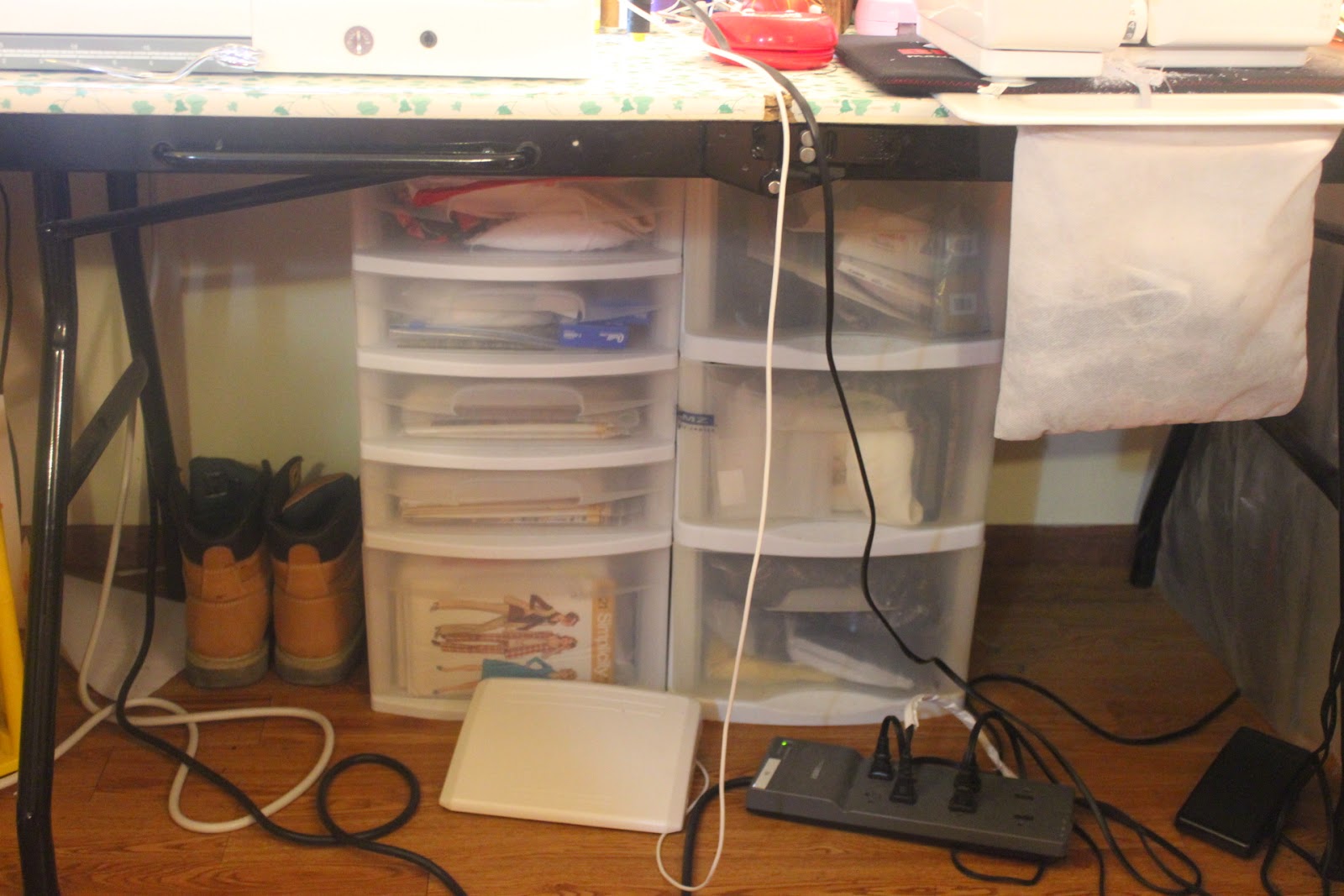 Under the sewing machine table - yes, those are my snow boots!

Lighting ~
I've been wanting more light by my serger for awhile now...something similar to the Ott Lite that I bought to go by my sewing machine. When I got an email from Wawak that they had this Ott Lite on special for $59.99 I jumped on it. Well after I went to Amazon and checked to see what pricing they had. This new Ott table light is adding brightness to my serger area now. 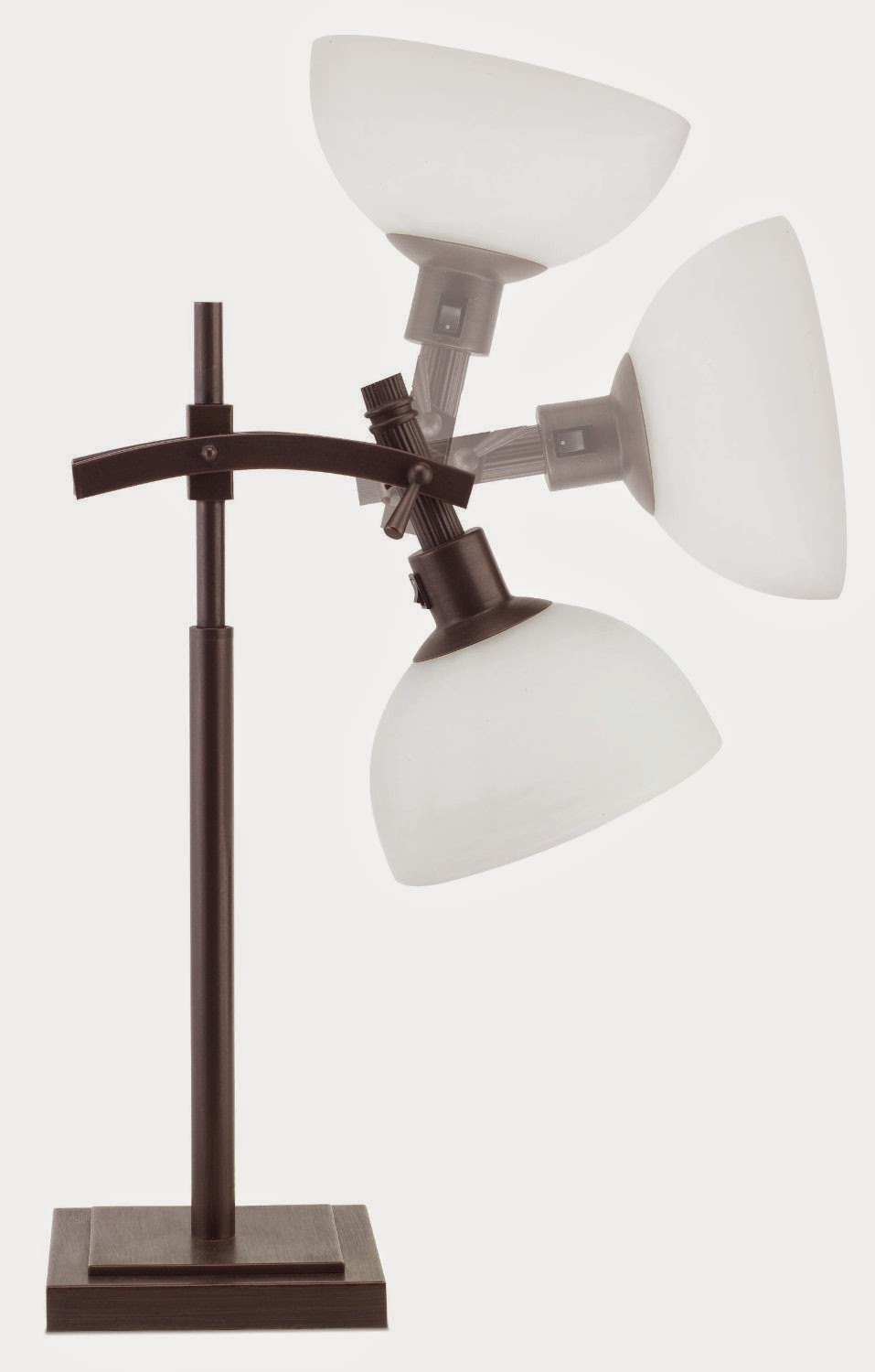 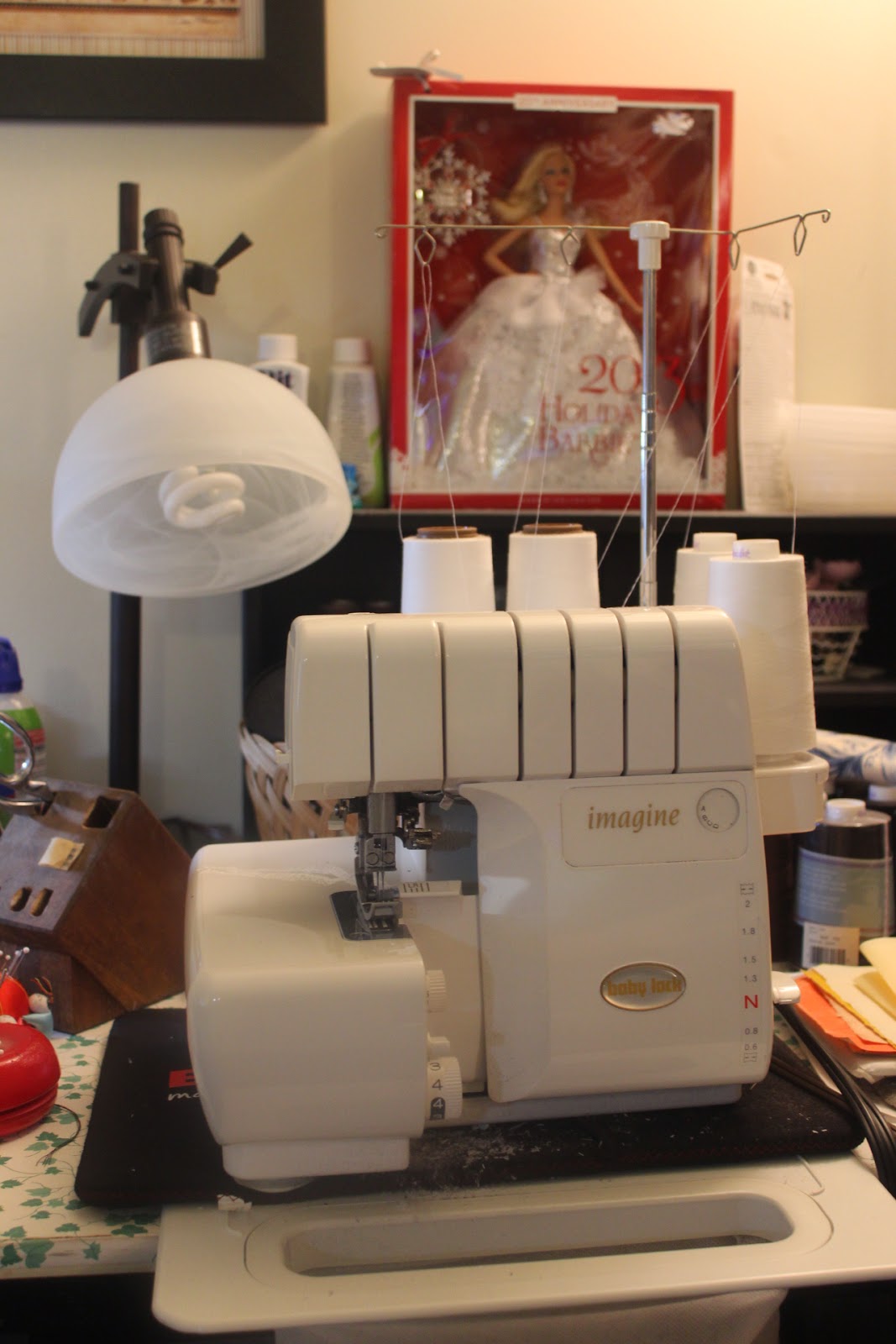 New lamp behind the serger

Although now that it's in place, I might switch it and the Ott light behind the sewing machine.  I have to work with them a little more so that I can see what will work best.

Between the Ott lights and the 100 watt bulbs in all of my regular lamps its very bright in the sewing cave...which is really helpful when I'm sewing into the wee hours of the night!

Sewing Machine Needles ~
Can I say that I HATE those little packs of sewing machine needles! I'm always looking for the way to own the most needles as possible, at one time. I've used gift certificates from internet sewing sites to buy sewing needle packs ~ always looking for a larger package.  Then I was on Amazon a couple weeks ago and found these... 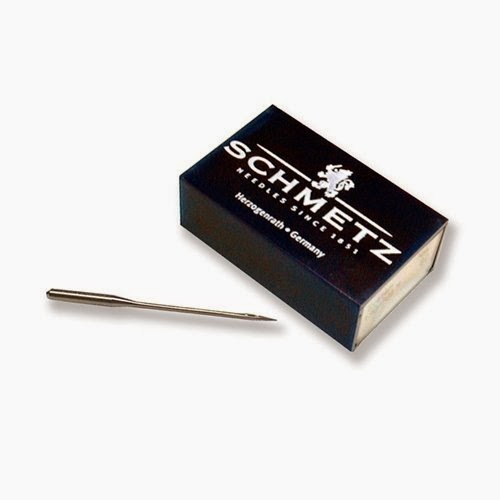 I mostly use size 80 needles so it was a no brainer to buy the pack of 100 in that size.  When they arrived I realized that I will also need the size 70 and the size 90 in the 100 packs too. They will show up shortly and be added to the workroom supplies. Now I will only have specialty sewing machine needles in the smaller packs but I can deal with that!

I guess nothing is static and my sewing cave is ever evolving, changing to meet my sewing needs and challenges!

If you've noticed I've really been in the mood to sew lately and have been turning out quite a few items...but hey I need clothing that fits! I even have a sewing list for spring/summer garments but I limited it to five items. That way it's an achievable list that can always be added to.

Next up on the blog is a UFO that I've pulled off the wall and made work for spring.